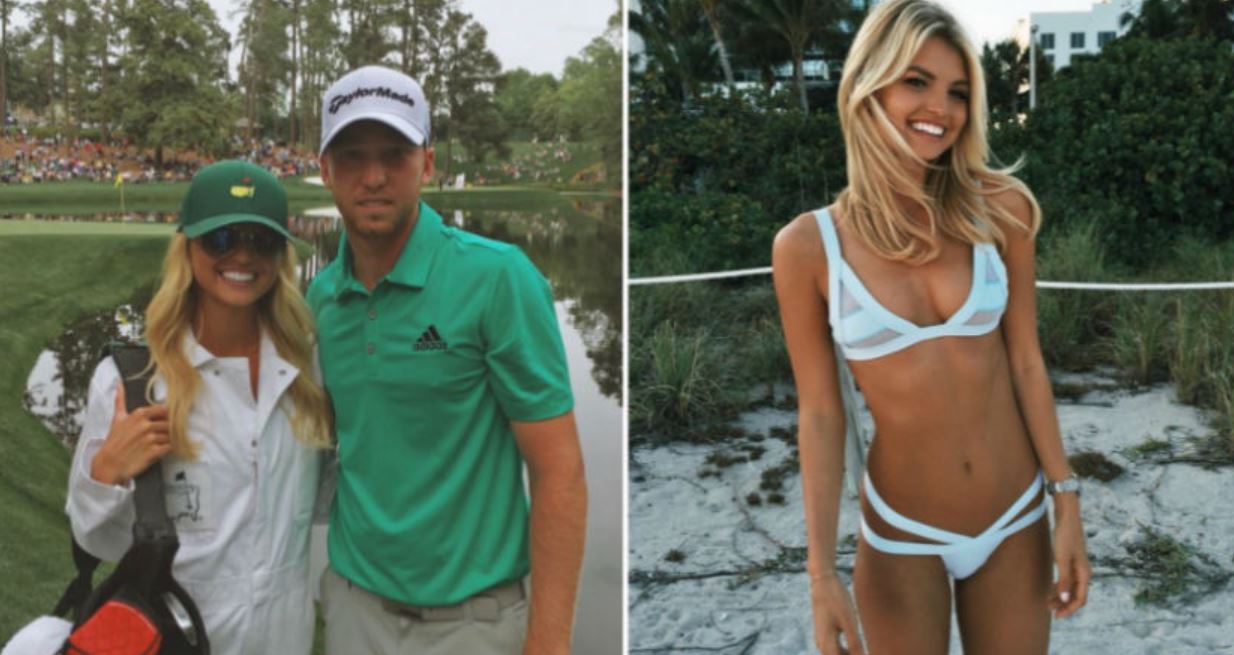 Among hot couples in golf, Daniel Berger and Victoria “Tori” Slater have to be in the top 3.

The young, dynamic couple can often be seen arm-in-arm on the PGA tour. But who is Tori Slater and how is her relationship with Berger going so far? We answer this and many other questions in today’s bio.

Who is Daniel Berger?

Daniel Berger is a 27-year old professional golfer hailing from Plantation, Florida. Berger turned pro in 2013 and in that time, as reported by the PGA Tour website, has racked up 4 Tour victories.

Who is Tori Slater? 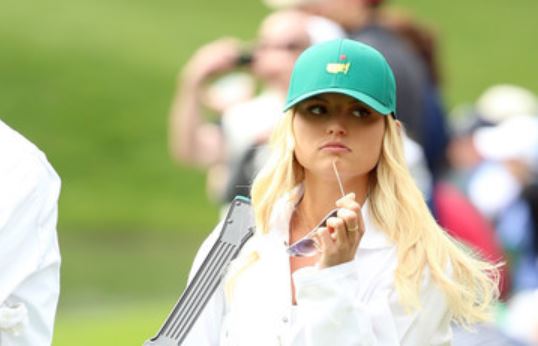 Tori Slater is the blonde bombshell that has apparently captured the heart of Daniel Berger. By all accounts, the two have been dating for around 5 years.

Tori Slater is a real estate agent operating in her native Florida. Tori Slater is very active on social media – namely Instagram – and she has piqued the interest of many golf fans thanks to the steamy pics that she shares online.

How did They Meet?

The couple like to keep the details of their personal lives hush hush so we don’t actually know how the two met. It is possible however that the two met in Florida as that’s where Slater works as a real estate agent and that’s where Berger actually lives.

Maybe Slater even helped Berger find his Jupiter, Florida home and that’s how they met. We can only speculate at this point but that scenario doesn’t seem totally impossible.

And it’s a bit unclear as to when the two actually met. All we know is that they have been dating since around 2016 or 2017. We also know that while they have been going steady for quite some time, the couple has yet to tie the knot.

At any rate, Berger and Slater seem to be a happy couple. Slater often appears on Tour with Berger – sometimes carrying his bag or simply standing at his side and supporting him. The couple even have an adorable chocolate lab named Kai that they regularly share pictures of on Instagram. 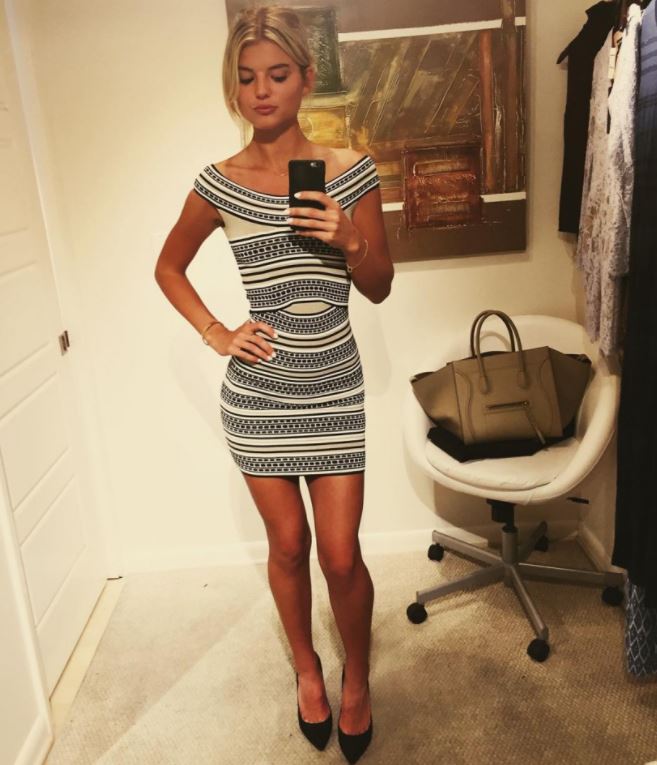 Currently, Tori and Berger reside in Jupiter Florida where they enjoy the boating lifestyle. Daniel has been passionate about boating for most of his adult life. He has a boat named “Strait Vibin” which he and Slater can be seen on quite frequently.

In fact, Golf Digest posted a video that Slater and Berger posted earlier this year which depicts just how much Berger is enjoying the boating lifestyle and his life in Jupiter Florida

Their home, which is depicted in the video, is a lavish waterfront manor with it’s own private dock. And it’s clear that Slater has taken to the lifestyle as well as her Instagram feed is nearly flooded with hot bikini pictures on the beach or on the deck of the boat.

Slater is living the good life with Berger as a young successful couple with their entire lives ahead of them. As of now, they don’t have any kids so they are free to do pretty much whatever they want – which again, mostly involves a boat. 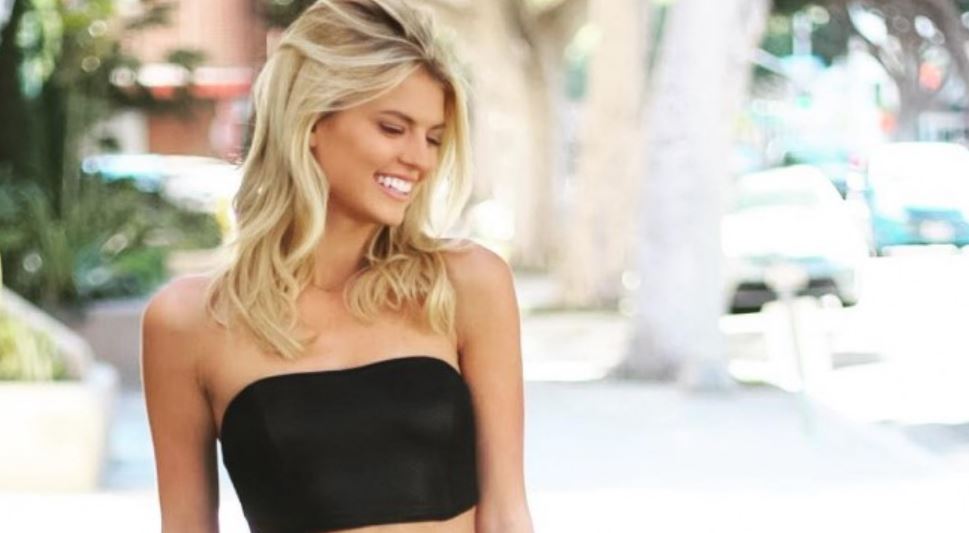 Although you would never know it by looking at her pictures, Tori is not a Florida native. She was actually born in Lexington Kentucky. She also attended school at the University of Kentucky but later transferred Florida Atlantic University where she earned degrees in Business and Marketing.

Although she was born Victoria Slater, she prefers to go by her shortened moniker Tori and that’s how she’s better known on the internet and to people that are close to her in real life.

According to her NV Realty Group bio, Slater is by nature a caring and honest person. These traits obviously help her in her work as a real estate agent where she helps people find beautiful homes in Tequesta, the lavish Palm Beach Gardens and beautiful Jupiter where she and Berger live.

Her caring nature is also evident in her personal life. Slater is the passionate owner of an adorable chocolate lab named Kai that she rescued from the Big Dog Ranch.

It’s obvious that Slater and Berger have provided Kai a loving and nurturing home as they often post affectionate pictures of themselves with their beloved pet. So we definitely get the sense that Slater has a warm, loving nature. Perhaps kids aren’t too far-fetched an idea for this couple then… 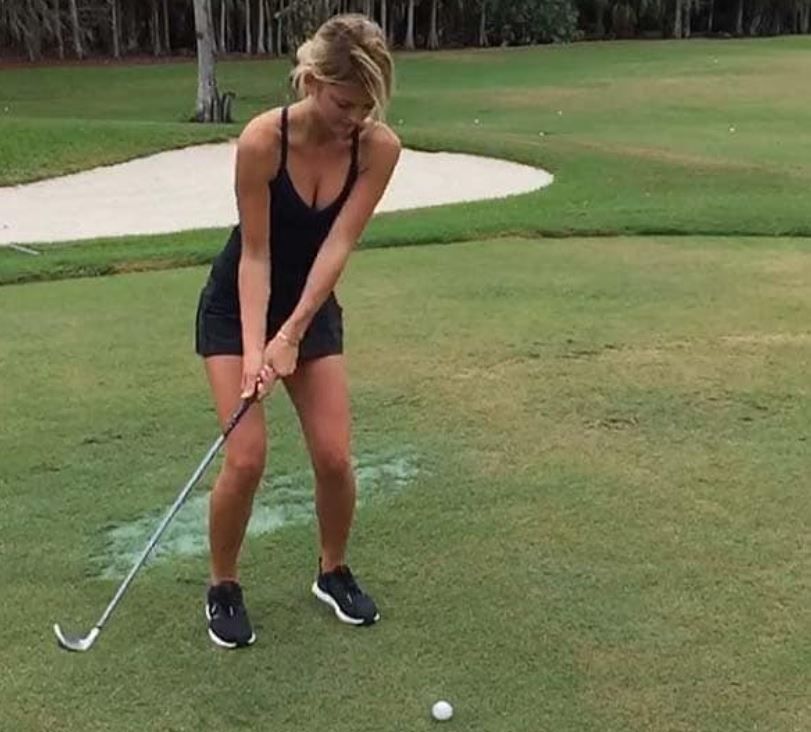 While she may not be on the level of her beau, Tori is no slouch on the links. She loves golfing and plays quite a bit casually as we can see in this video published by Golf Punk.

As you can see, the swing could use a little work but she and Berger often post pics of her playing golf so it’s obvious that she enjoys the sport and is at least trying to get better at it. And with Berger as a coach, it’s not unfathomable to think that she will be a formidable casual player some day. 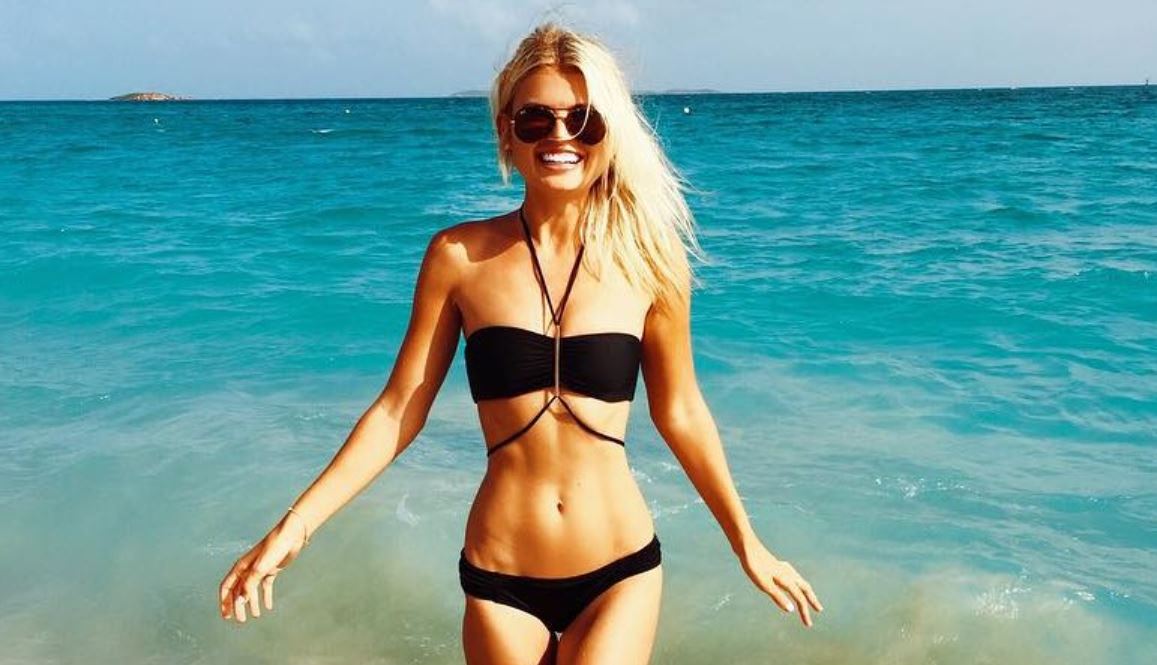 Tori Slater is very active on Instagram where she has over 37,000 followers.

She frequently titillates her followers with steamy pics of herself in scantily clad lingerie or bikinis.

Tori Slater and Daniel Berger are one of golf’s hottest couples. And it’s clear to see why.

Daniel is still young so his star on the PGA Tour is still on the rise. Tori is a beautiful, young and successful real estate agent who shows a lot of passion for the game of golf.

Where life will take this couple that has everything to gain, only time will tell. But they are clearly a couple to keep our eyes on.