Arccos Smart Grips Review – Are They Worth It?

You are here: Home / Blog / Golf Gadgets / Arccos Smart Grips Review – Are They Worth It? 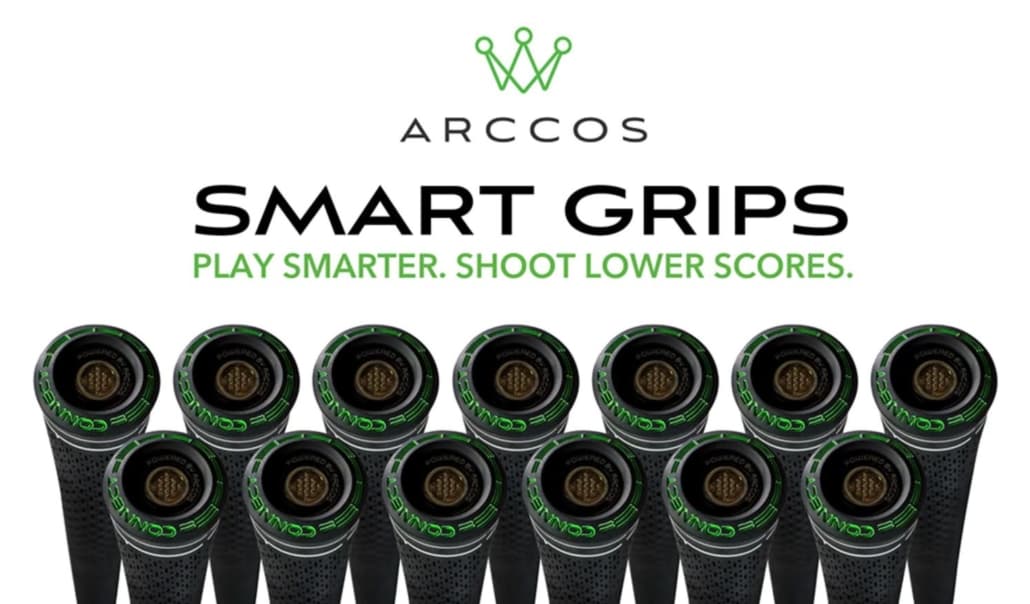 Finding ways to lower my handicap at my local course was getting frustrating. I’ve been 12 or so over par for a couple years now and my game had stagnated. I’ve used multiple gadgets and apps to try to get myself over the hump but to no avail.

It was getting to the point where I would skip tee times. The game wasn’t as engaging to me as it once was. I was still playing, but just not as often. I particularly avoided playing at my local course which had gotten dull for me.

After playing a round with a nephew of mine on a trip to see my brother, I noticed him fiddling with his phone between holes. I figured he was using some golf app and I scoffed at the idea, having tried several myself.

Later, after being walloped by my nephew, I asked him what he was using. Turns out it wasn’t just some free app. It was the Arccos Caddie and Grips system. Long story short, I got my hands on a set of these grips and here is my review of them.

What Are the Arccos Smart Grips? 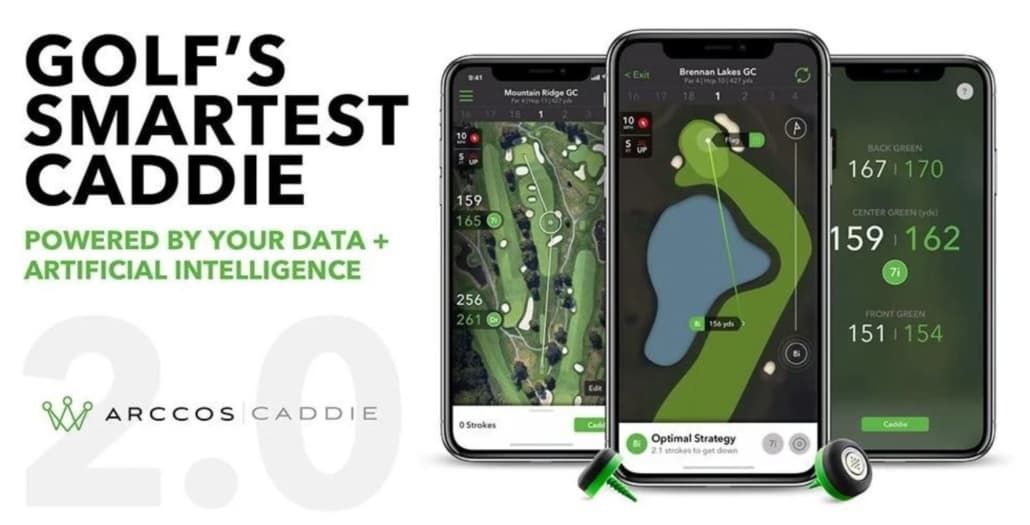 While most of the action takes place through the Arccos AI Caddie app, it works in tandem with the actual grips themselves. See, there are sensors fitted into each of the 14 Lamkin club grips. Those sensors communicate with your phone through the app.

The grips themselves are nothing to write home about. They are pretty standard Lamkin grips (mine were Crossline 360’s). Comfortable and non-intrusive but certainly not top of the line. Of course, the grips aren’t the stars of the show. The sensors in them are.

How do they Work? 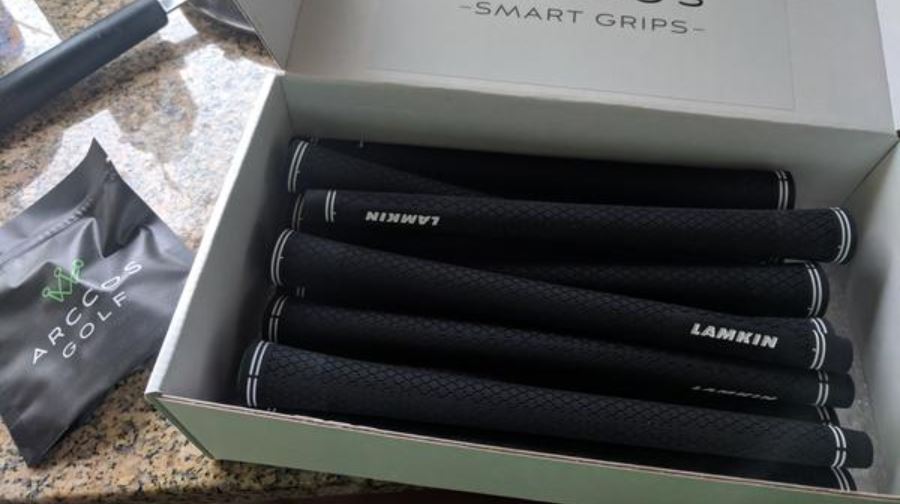 The idea is that you put each of these grips on your clubs and then you pair them with the app. I didn’t want to bother installing them myself so I had my local pro shop guy do it for $3 a pop. Once they are on and you have installed the Arccos app on your phone, you use your phones camera to scan each individual club grip.

This registers each grip into the app so that it can record data from each shot you take with each respective club. Once installed and paired, the sensors communicate with the app via motion and noise detection.

It measures the distance of each of your shots using GPS. Once you take a swing, it registers in the app. Then you walk or drive to your ball where you take another swing. Once you take this subsequent swing, it knows how far your last shot went.

Key Features Of The Arccos Grips 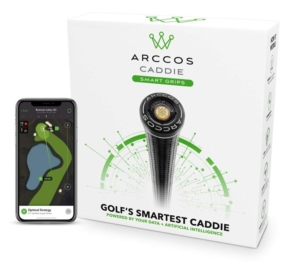 Let’s start with the basics of the app. The “Start Round” button will pull up the courses closest to you. All you have to do to begin is choose the one you are actually on from the list of 3 or 4 it pulls up for you. Then you will see the name of the course, a full color map, number of holes and other basic info.

Under the “Player” tab, you will see information about your game after a round. For instance, it breaks down the percentages of different types of shots you hit. The app also breaks down your handicap and shows you what percentage of it was used on approaches, chipping, putting etc.

Under the “Clubs” tab, you will find data on each of the clubs you used. Namely, how much yardage each one earned you.

In the “Activity” tab, Arccos records all of your stats from all of the rounds you have played using the grips and the app. This includes data from different courses, personal bests, dates you played the rounds and of course, your handicap for each round.

But the most helpful feature, as far as I am concerned, was the AI caddie. The AI caddie gives you “optimal strategy” advice based on your position on the course. It takes into account elevation, dog legs and even the wind.

It advises you on which club you should use based on the winningest strategy available for your situation.

In my opinion, these grips are for anyone who wants to improve their game. I used them to lower my handicap. While the change wasn’t dramatic, there was improvement. More importantly, it made the game fun for me again. 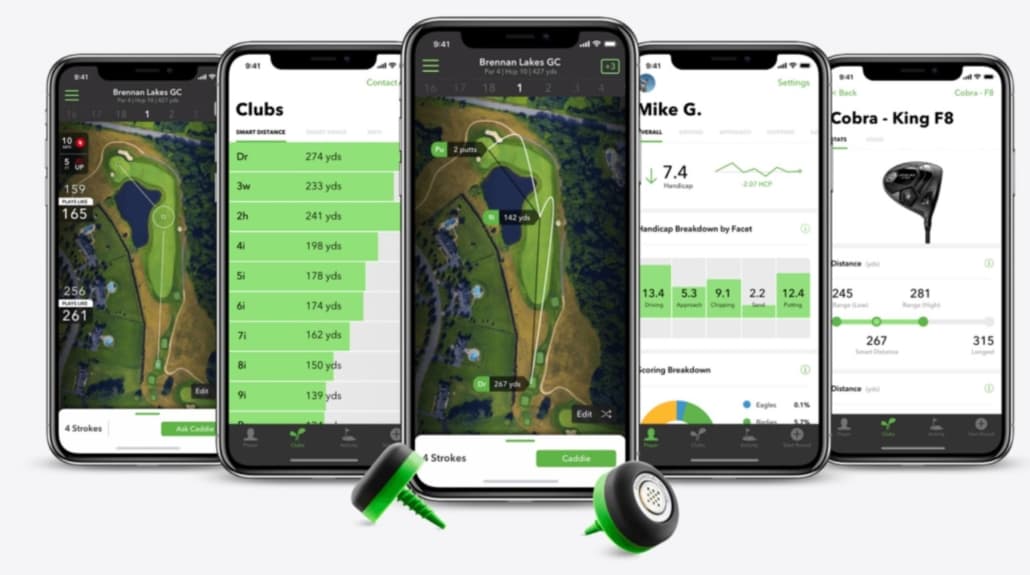 To pair your grips, you first have to download the Arccos 360 app and this is where the magic happens. You can use both iPhones and Android phones. The grips connect via Bluetooth and GPS so location sharing will have to be enabled on your phone. I used a Samsung Galaxy 8, downloaded the app before installing the grips, switched on my Bluetooth (I always have my GPS sharing on) and was ready to start pairing.

The Arccos 360 app is free to download. However, the shot tracking feature (which is an important function for the grips) is only free for 30 days. After 30 days, you will have to pay an annual fee of $99 to continue using it. 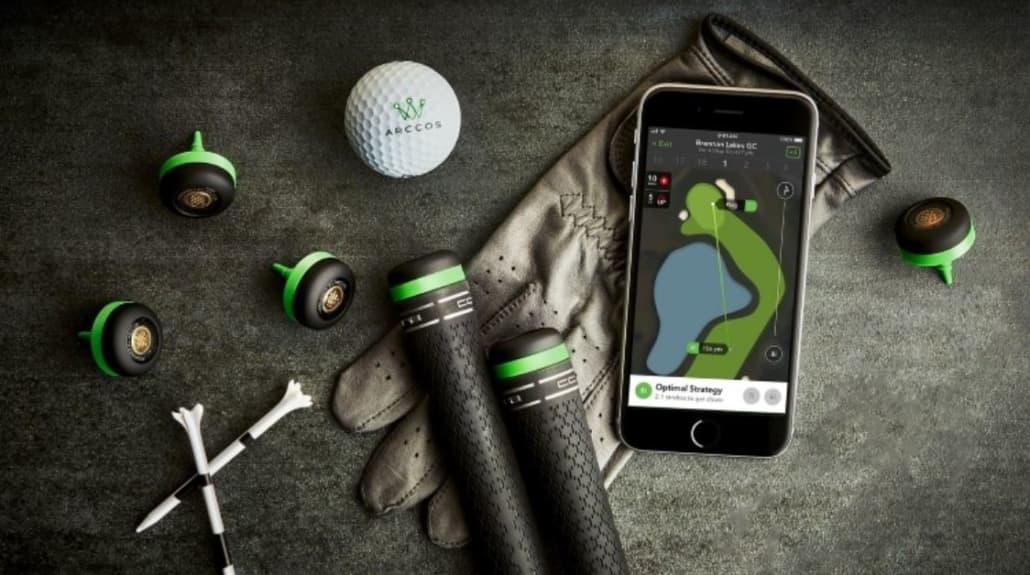 Arccos also makes stand-alone sensors that you attach manually to the butts of your existing golf grips. These sensors work the same as the grips, they have all the same features and there is no subscription fee. The problem is that after a while, the sensors get loose.

They are screwed into the rubber of your grips and naturally, over time, the material breaks down and the sensors get loose. For the convenience factor, I personally prefer the grips but there is a bit of work in setting them and if you’d prefer to just plug and play, go with the sensors. Also you don’t have to pay the annual subscription which suits me better.

Pros & Cons Of The Smart Grips 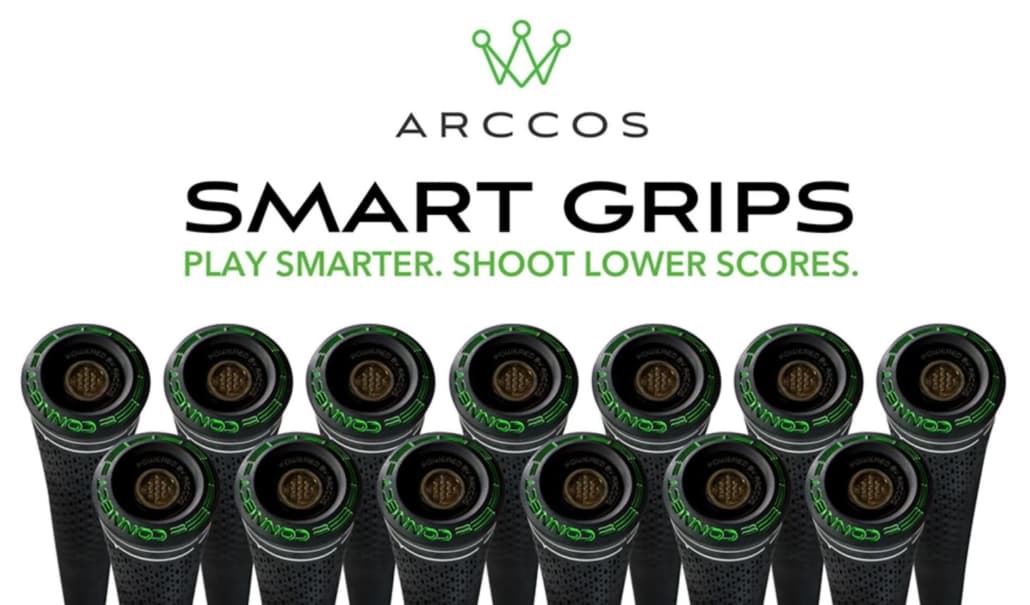 To recap, the Arccos Smart Grips have helped me lower my handicap at my local course after 2 years. I saw a real boost in performance when I started tracking my shots in general with the Garmin s20. Mainly, with the help of the AI caddy which is very helpful and market leading although there are some issues. For one, it doesn’t account of tree coverage and it doesn’t pick up putts.

With that all being said, the grips did what I really wanted them to do: rekindle my love for the game. While there are still a few bugs to work out of the app and sensor connection, I would recommend the grips to intermediates and pros looking to improve their game by with expert feedback. If you are a beginner or even an advanced player that wants to plug and plug (Like me) – get the sensors. Same functionality, cheaper and easier to use although not quite as accurate.

Get the best price on the Arccos Smart Grips Here:

Check Out Our Full Review Of The Sensors Here

Arccos Smart Sensors Vs Grips – Which One Should I Buy?