You are here: Home / Blog / Golf Talk / Why Do Golfers Shout Fore And Where Did It Come From

If you have ever been out on a golf course, you have more than likely heard someone shouting fore and if you haven’t then you should come for a game with me sometime.

The immediate reaction of most people when they hear a shout of for is to cover their heads from protection from a potentially incoming, usually stray, golf ball. Fore is the shout that is traditionally used in golf to warn other golfers on the course that you have mishit your shot and it could potentially be heading in their direction in order to give them a warning so they can make themselves safe.

So Why Yell Fore

Fore is the warning call that alerts golfers that they may be in the way of an errand shot. An example of yelling fore is when you tee up on the first tee with all the eager spectators watching on and you hit an almighty slice towards the third fairway, you need to yell ‘Fore’ to let anyone on the third fairway know that they might be in danger and to tried to cover themselves as best they can.

Golf Is A Gentleman’s Game

Golf is a game steeped in proud tradition and one of those traditions is to yell fore when you hit a bad shot towards anyone else on the course. It is good etiquette and you would expect another player on the course to do the same if they hit the ball towards you.

The word fore may have it’s origins from the military when artillery men would yell ‘Warning Be ’Fore’ so any infantry could protect themselves and not be exposed to dangerous shell explosions.

While a golf ball is not exactly a projectile of war, it can cause a lot of damage if it hits you on the face or the head. Check out our article on whether a golf ball can kill you to find out more but just know that while most deaths on the course are caused by heart attacks and even some by golf carts, there is still a chance that a golf ball can do serious harm and warning fellow golfers of the danger is the right thing to do?

When To Yell Fore

Fore is not reserved exclusively for you errand shots off the tee but it is also need for any shots from the fairway or rough whenever your ball is flying somewhere where other golfers.

If you cant see the area where your ball is going to land and their could be golfers there, yell ‘FORE’ anyway, it is better to be safe than sorry.

What To Do When Another Golfer Yells Fore In Your Direction 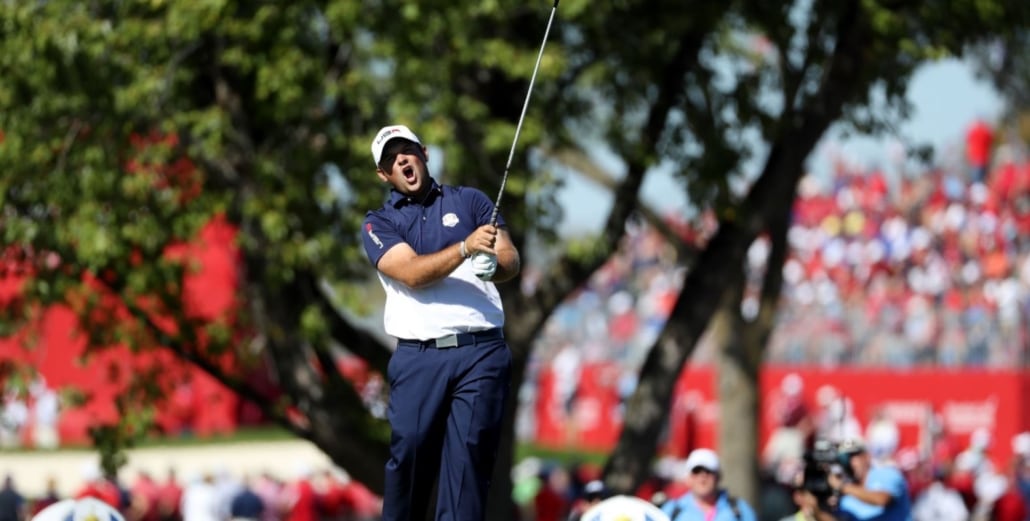 He first rule of paintballing is to not take off your mask if a paintball hits the visor as there is likely a second paint ball coming straight for the same spot and no matter how many times they tell, the first instinct will be to take off the mask when it happens.

The same is true when you hear a ‘FORE’ go up in golf, the immediate reaction is to turn in the direction of the shout to see if any balls are coming towards you which is the absolute worst thing you can do.

If the ball is going to hit you, it is going to come fast and you are unlikely to be able to track it, especially if it is a drive so you might end up like this guy. 😊

In honesty the best thing to do when you hear FORE is to crouch down and make yourself as small as possible and block your head, sort of like the aircraft recovery position but not as serious!

If you can get down behind you golf cart, that will be even better but always try to avoid becoming a rabbit in the headlights but turning around and staring straight toward the incoming golf ball.

Just yelling out Fore is going to be enough for the average golfer or on a quiet golf course. Most players on the course will not have enough time to comprehend a fore right or fore left shout but things get a little different if you a pro playing in a course that is also packed out with fans.

If Tiger hits an errand drive, you are likely to hear him shout Fore Right or Fore Left to the fans on the course or in the gallery know that the ball is heading towards their side.

While it is quite uncommon to get struck by a golf ball when you are playing a round of golf on a Saturday, it does happen a lot more in a crowd of fans.

Golfer may also yell fore and lift their right are left arm to warn the crowd of what direction it is going?

Most of the time they will yell fore but this can also be accomplished by the marshalls. There has been a lot of videos recently criticising golf pros for not yelling for without realizing that this is the job of the marshalls. It is better not to yell fore in case they distract another golf in the field and cause a conflict.

Pro mishits may be signified by a member of staff waving a red flag at the right or the left of the tee and you don’t always here Pro golfers yelling fore.

These marshalls are also on the fairways at big tournaments and they signal to the marshalls further along the course to put up the shout of FORE instead and warn the fans.

If these marshalls aren’t available, you are likely to hear them shout Fore.

At big tournaments, it is important to keep the shouting to a minimum.

Where Did Fore Come From 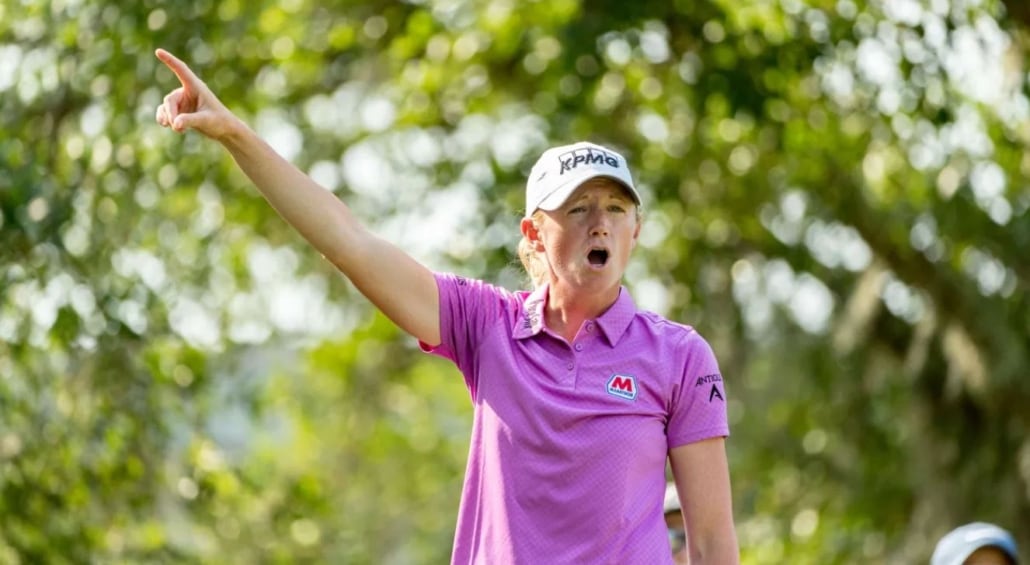 For has been around a long time being spotted in the Colling Dictionary in Scotland since the 1800’s.

It could come from the military meaning where the Artillery men would yell ‘Fore’ to warn infantry in front to drop down and get cover and it could also come from the use of Fore Caddies in golf in the old days, no one is quite sure.

A Fore-caddie was someone who would stay out in front of a golfer and make sure he didn’t lose his ball but also be on the lookout for balls that others lost. While that doesn’t make too much sense anymore today, in the old days golf balls were expensive and you didn’t want to lose too many of them. Think about losing a dozen Pro V1’s on the front 9 X 10!.

Other Strange Yells In Golf

Why Do Golfers Yell Mashed Potatoes

This is a completely random and un-golf related shout that started in 2011 after Tiger hit a stinger off the tee box.

One of the fans wanted his mother to be able to spot him on the TV so he said he would shout ‘Mashed Potatoes’ when the cameras were around and it went down a treat with fans in attendance and also went viral online causing many more renditions at future tournaments.

Again it has nothing really to do with golf.

Another strange and un golf related shout used by fans. I guess golf fans just like to let off some steam when they see a good shot and have nothing to yell.

Baba Booey is the nickname of Radio host Howard Stern after he messed up the pronunciation of Bab Looey live on air and it has just stuck with golf fans ever since.. Strange Bunch!

The other shouts your hear golf fans administer are ‘What A Golf Shot’ and ‘Get In The Hole Ball’ and these are pretty self explanatory and actually have something to do with the game of golf.

While some shout are not serious the shout of ‘Fore’ is something to respect. Hen you hear it on the golf course, do not turn towards the shout but turn away and block the back of your head. Crouch down if you can and get behind a tree or a golf cart if possible.

If you hit an errand shot, make sure to shout ‘Fore’ because golf balls can cause some serious damage even though they do compress on impact. Better safe than sorry, shout it loud and shout it often to keep your fellow golfers safe.

Benefits of Centre-Shafted Golf Putters – Everything You Need to Know