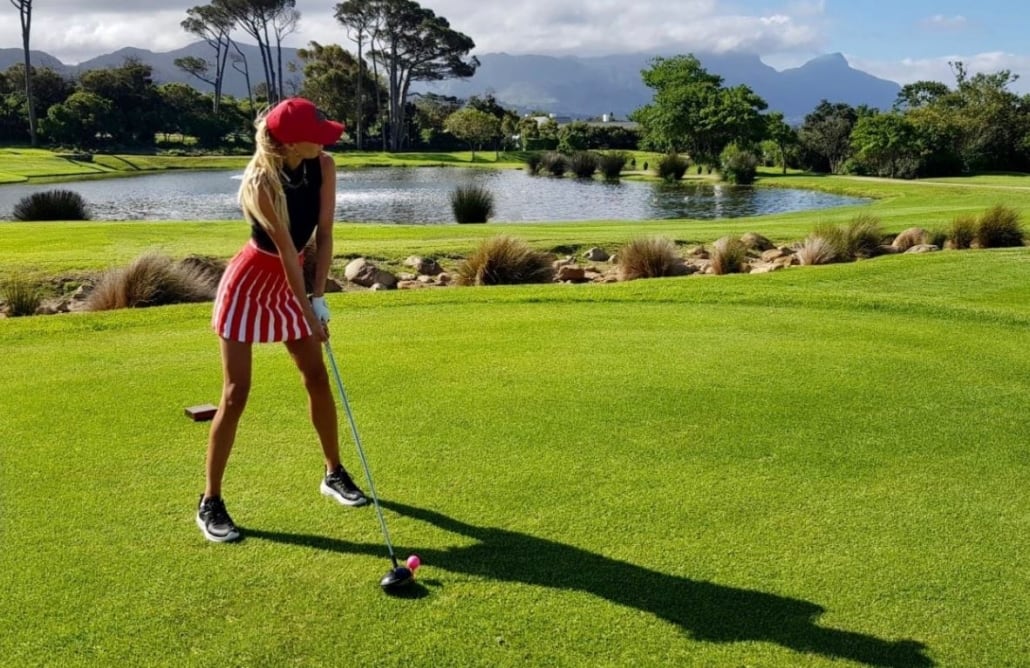 The golf hottie with the Irish name, well known for hitting golf balls in her bikini, this former Miss Missouri model has become a hot topic in the world of golf in 2020 so let’s take a close look at how it all started and got to the point for Katie Kearney.

Katie was no stranger to sports growing up, she is the daughter of former NFL pro footballer, Tim Kearney who was drafted to the Dallas Cowboys in 1972 as a 4th draft pick.

Despite her father playing for the cowboys, Katie was born and raised in St Louis, Missouri and is a massive cardinals fan to this day proving she is a sport all rounder and not just one sport sensation.

It will come as no surprise to many that her father was the guiding figure in her getting into golf at such a young age which will usually be the case for youngsters as they find sports through their parents and she also took a break from the sport during her adolescent years which is also common.

Speaking Worlds Best Travel Destinations Katie Said: “I was originally introduced to the game when I was very young by my dad. I took a break from the game, but when I became Miss Missouri, I was asked to play in charity scrambles every weekend. This is when I got back into the swing of things — as to not embarrass myself at events. I remembered just how much I loved the sport and have been obsessed ever since,” 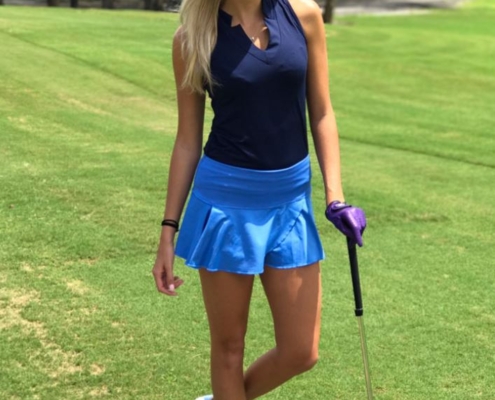 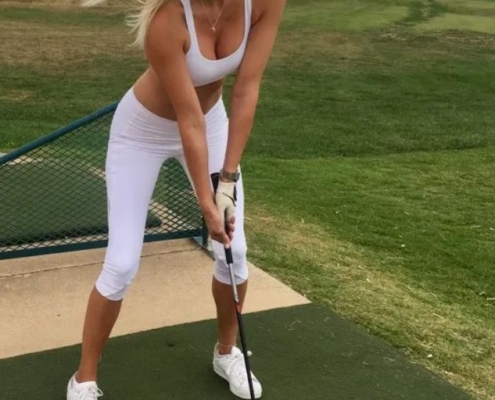 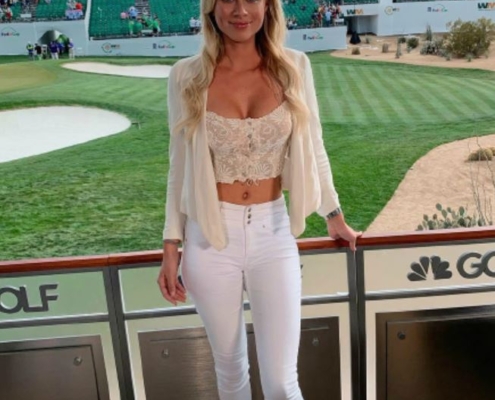 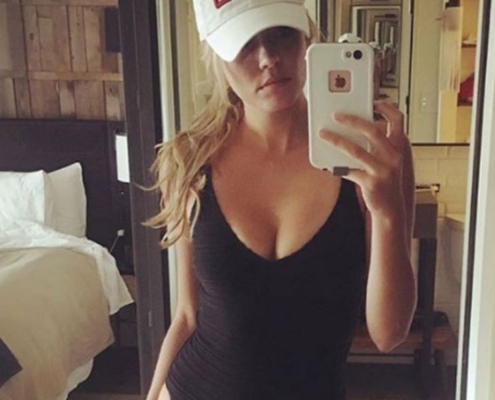 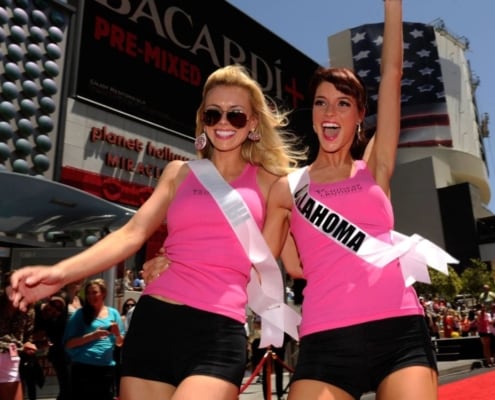 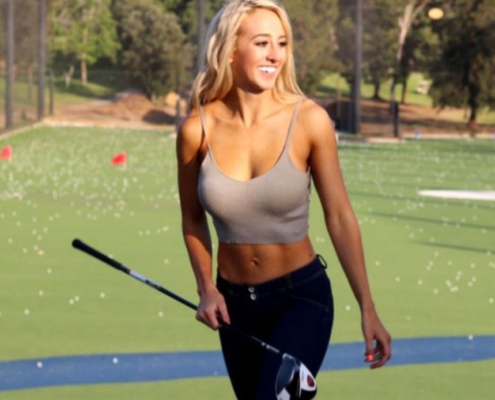 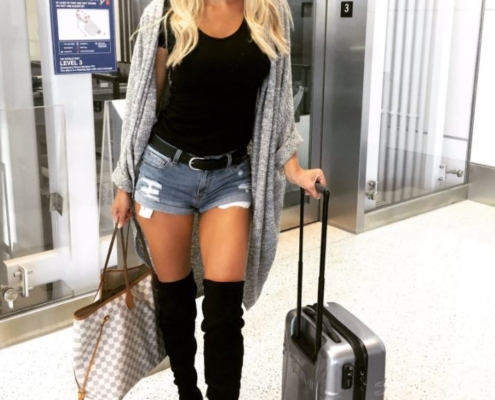 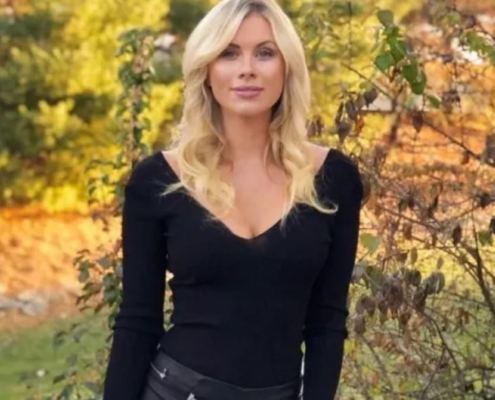 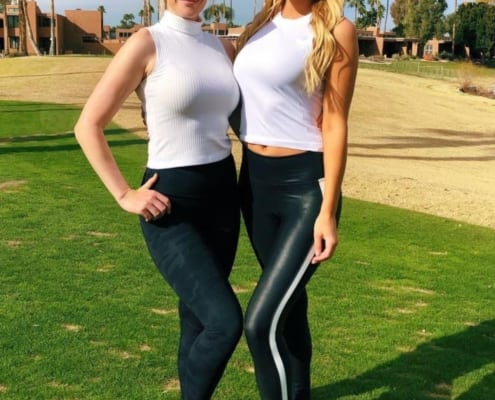 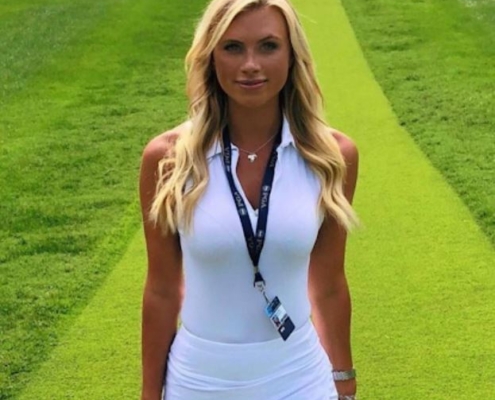 Despite being widely know for her modelling and Instagram success, Katie graduated from St Louis University with a degree in journalism which would come in hand as she also moves ahead as a talented and natural golf presenter on tv.

After finishing college, her modelling potential was clearly visible to all and it still is. Katie quickly went to Athens in Greece to begin modelling and has been travelling around the world extensively ever since ass a model, travel editor and luxury golf resort reviewer.

She also competed in the Miss USA pageant and although she didn’t win, she did manage to snag a picture with the uber controversial commander and chief, Donald Trump.

Katie also did a lot of commercial modelling work in South Africa where she again rekindled her love for the game of golf, playing often in her spare time and in 2012 her Instagram, Golf Hottie Mega Stardom began in earnest.

Katie Kearney started off on the Instagram journey in 2012 and quickly rose to prominence, hitting 100k followers by 2017 and 4X’ing that number to almost 400k by the summer of 2020.

Katie takes smouldering images mainly related to golf, the awesome people she meets and the awesome courses she gets to play on her travels.

Her favourite course in Pearl River in South Africa which was designed by Jack Nicklaus.

Katie breaks all the rules of golf, from playing impossible golf shots in skimpy outfits to playing music on the course which would be also completely taboo to many!

Judging by the stats on our Analytics, it seems that golf still has a majority of male followers perhaps that explains to hug popularity of Golf Models such as Katie, Paige Spiranac and Lucy Robson to name a few.

While Katie is obviously well paid for her modelling and presenting work through the years, there is also huge financial opportunities available from having such a strong following and being an influencer on Instagram.

She has done countless sponsored posts for golf companies, signed lucrative affiliate deals and actually created two clothing lines herself including Strings, a bikini brand which she self promotes and she’s also got a gig with Maxim in Australia.

With all this and doing interviews with golfs biggest stars and at golfs biggest events like the Masters, we are going to make an educated guess that her net worth is standing at over $500k and is rising quickly. We look forward to calling her a millionaire in 2022. 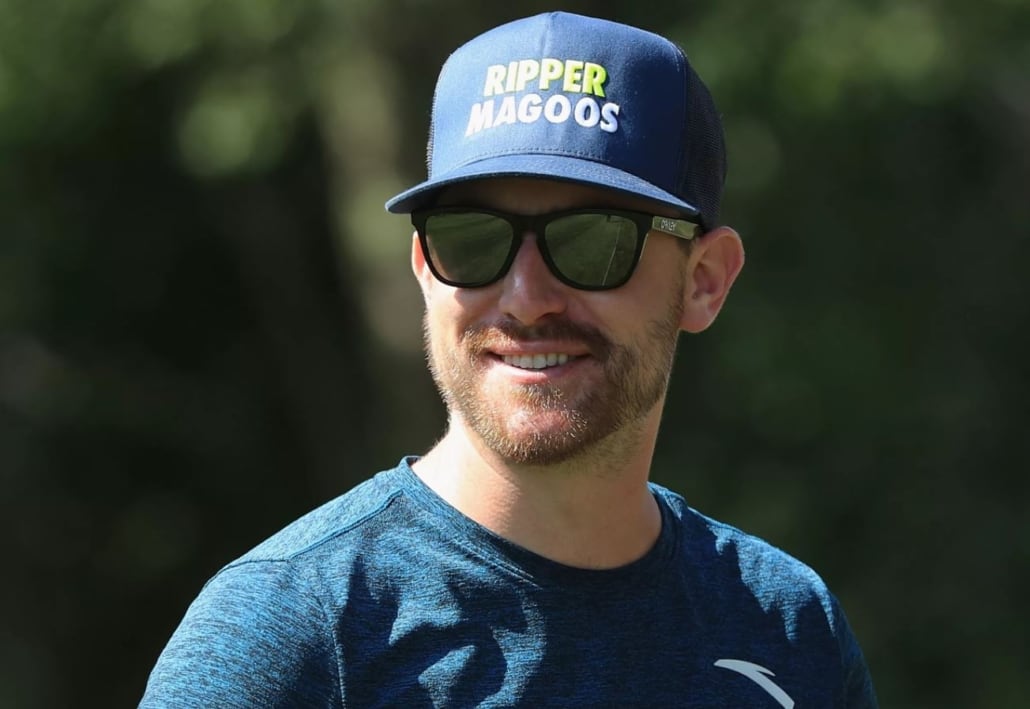 Bob has the perfect voice of a sports presenter and uses his talent to make hilarious sports parody commentating.

He introduced that the pair were seeing each other live on air as Katie delivered the first pitch at a baseball game.

Most Importantly – Is Katie Any Good At Golf – What’s Her Swing Like?

Katie has been playing since she was a kid but it would hard to say she was scratch golfer, she probably has a handicap closer to the 20 range but she can play the game well and has a solid golf swing to work with.

With all the luxurious courses that she plays worldwide and describing her ideal first date as a round of golf, we hope she can justice to the sport we all love.

Having been features in Maxim Australia and working on various golf and modelling projects as she travels the world and hits up the very best courses, Katie Kearney is one of our very favourite golf stars and we can’t wait to see more and more of her in the future.

Heavier vs Lighter Golf Shafts – Pros, Cons & Benefits Of Each
Scroll to top