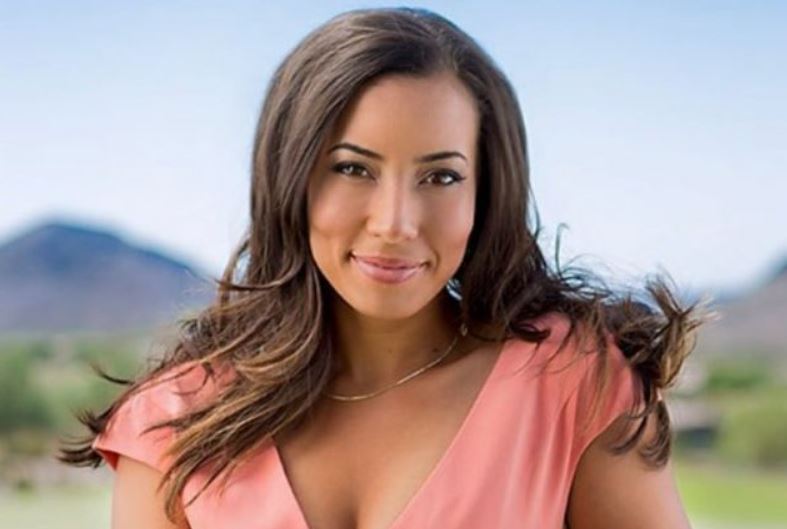 Cheyenne Nicole Woods is a Phoenix, Arizona-born professional golfer who plays on the Ladies PGA (LPGA) and European Tour’s (LET).

Although she has forged her own path in the world of golf, Cheyenne is the half-niece of the great Eldrick Tont Woods.

Cheyenne played in her first professional tournament in 2009, but she did not earn her tour card until 2016. That catapulted her into an elite group, becoming only the sixth African American to play on the Tour.

Off the golf course, Woods enjoys getting in front of the cameras or the microphone to showcase her presenter skills. She hosted the podcast Birdies Not BS until May 2021.

Plus, she has partnered with Morgan Stanley to be the face of Tee Talks. A show that focuses on mentoring the next generation of female golfers.

She is a powerful figure in advocating for the growth of golf among female African Americans. Her goal is to see these young girls go on to win frequently on tour.

On  July 25, 1990, Cheyenne Woods was born in Phoenix, Arizona. She is an only child, and her parents, Susan and Earl Dennison Woods Jr are divorced.

Her father Earl is the half-brother of Tiger Woods. They share the same father, Earl. Therefore, Tiger is Cheyenne’s half-uncle.

Like her half-uncle, Cheyenne took up the game of golf at an early age, first swinging a club when she was five. Also, like Tiger, her first coach was her paternal grandfather Earl Woods.

Woods was born, bred, and raised in Phoenix and is a product of Xavier College Preparatory. It was at Xavier where she had the privilege of playing on the school’s golf team under the guidance of Sister Lynn Winsor.

Winsor has guided the establishmente to thirty-six Arizona Interscholastic Association (AIA) Division I titles. Woods was on the 2006 and 2007 team that claimed successive Arizona 5A State Championships.

After completing her secondary studies at Xavier, Woods attended Wake College. In 2009, while studying, she earned a Sponsors Exemption to play in the Wegmans LPGA event. Unfortunately, she missed the cut and would not play in an LPGA event again until 2012.

In 2013, at the age of 23, Cheyenne’s father Earl Dennison was arrested for a bomb threat on the Arizona Department of Economic Security. There is little information about the aftermath of the arrest. However, it looks as if Dennison escaped with any significant punishment. 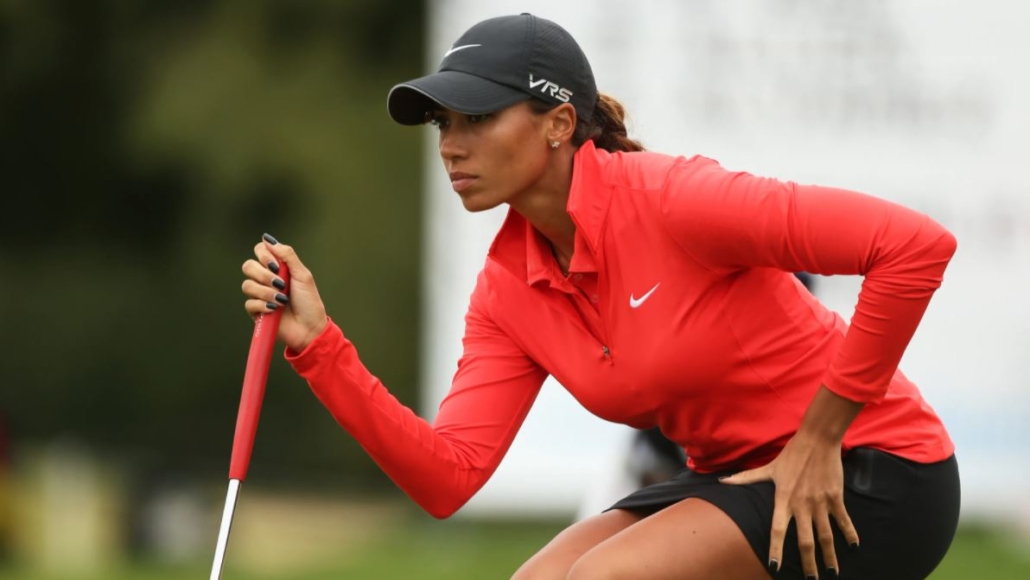 Cheyenne has generated her income from golf prize money, endorsements, and media endeavors. Although there are countless reports about her net worth, none are confirmed.

However, this income does not represent her actual net worth. It is merely her career earnings since 2012.

Cheyenne Woods Fiance – Who Is He?

On October 21, 2021, Cheyenne and her now fiance, Aaron Hicks, became engaged. The couple started dating in the Spring of 2021 after Woods interviewed Hicks on Birdies Not BS.

Hicks is a Center-Fielder for the New York Yankees, who made a name for himself in 2018 when he hit 27-home runs. The franchise rewarded his efforts by handing him a 7-year, $70-million contract.

Before he focused his sights on the MLB at the age of 12, Aaron was an avid golfer who dreamed of playing on the PGA Tour. Ironically, his biggest inspiration is his fiance’s half-uncle, Tiger Woods.

In 2020, Hicks carded an albatross when his tee shot ended at the bottom of the cup on a par 4 at Silverleaf Club in Scottsdale, Arizona.

Even though Hicks’ annual salary is public, there is little accurate information supporting his net worth.

According to this report from USA Today, his current $70-million deal over 7-years means nets no less than $10.5-million per year. 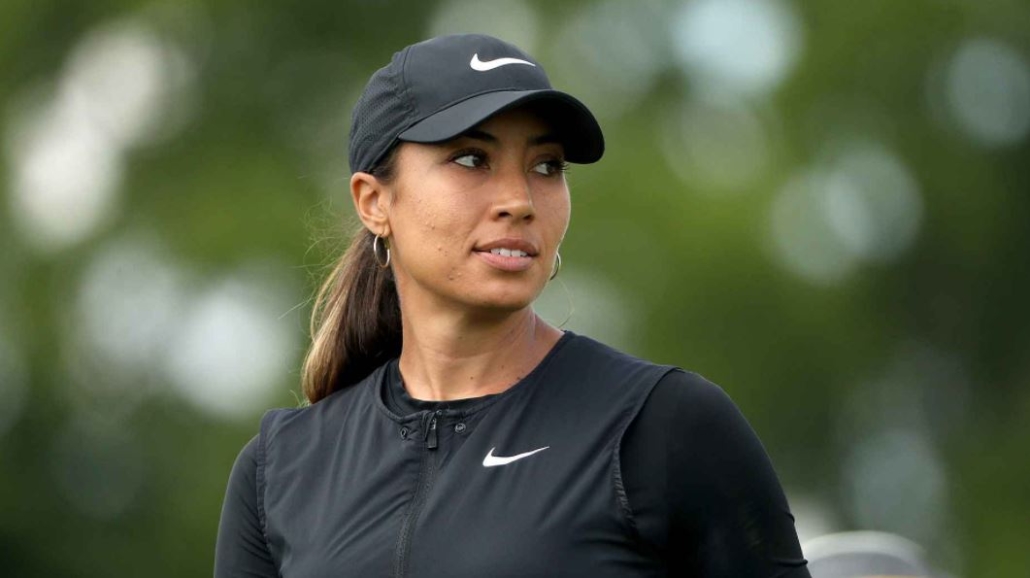 Cheyenne Woods was born, bred, and educated in Phoenix, Arizona.

Is She Tiger Woods Daughter? What Relation?

No, Cheyenne is not the daughter of Tiger Woods. Her father is Tiger’s half-brother, which makes her his half-niece.

Where Did Cheyenne Woods Go To College?

Following her high school education at Xavier College, Woods moved to Wake Forest University in North Carolina. In 2009, while at Wake Forest, she earned a Sponsors Exemption to play in the Wegmans LPGA tournament.

After two rounds, she found herself four shots off the cut line and did not qualify to play on the weekend.

Her luck was better in 2011 when she went on to win the Atlantic Coast Conference Championship. After graduating in

Despite being the half-niece of one of the greatest golfers in history, Cheyenne is more famous for her own career as a professional golfer.

She played in her first LPGA Tour event when she was 19 and has played in LET and Symetra Tour events since. 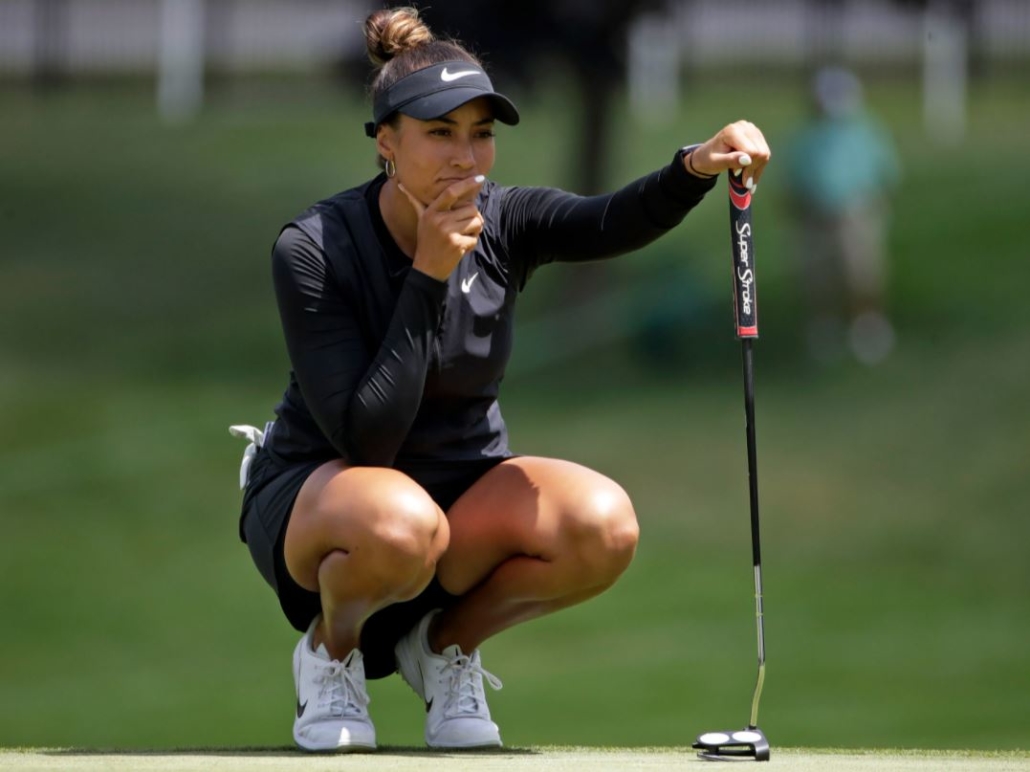 To become a professional golfer, you need to be talented. However, her career has not produced the results that the golfing fraternity had expected from her. In nine years as a professional, Cheyenne has only recorded two victories.

Her first victory came back in 2012 on the SunCoast Ladies Series mini-tour. She would need to wait two more years to lift a trophy, triumphing at the 2014 Volvik Australian Ladies Masters. Woods played solidly throughout the week to hold on for a two-shot victory over the current top ten world-ranked, Minjee Lee.

Since winning in Australia, Woods has not enjoyed the same level of success on the course. While she earned her LPGA Tour Card for the 2016 season, her best finish was a tie for sixth at the Cambia Portland Classic.

In 2021, Cheyenne claimed her third professional victory. This time at the Sun City Country Club in Arizona. She won by a whopping sixteen strokes. However, the quality of the field on the Cactus Tour is below anything experienced on the LPGA and LET.

Overall, the current 566 ranked player in the world is good enough at golf to be a professional. But, she does not consistently challenge the leaderboard at major events.

Outside of her life as a professional golfer, Woods is working on entering the realm of television broadcasting. So far, she has worked with NBC Sports and The Golf Channel to broadcast the Augusta National Women’s Amateur.

Plus, the Drive, Chip, and Putt National Finals.

In this podcast, Cheyenne explains that being around cameras is natural. Given her surname, she has been surrounded by the media since she was nine.

While Cheyenne does feature in some LPGA events, she does not hold a Tour Card to compete as a full-time member. That is why she plays in LET, Symetra, and LPGA tournaments.

Her last appearance on the LPGA was at the Cambia Portland Classic in September 2021.

She finished with a total score of +8 after three rounds of the event, tying for 63rd position. Based on her world ranking of 566, it is unlikely that Woods will earn a full exemption for the 2022 season and will need to continue on The Symetra Tour. 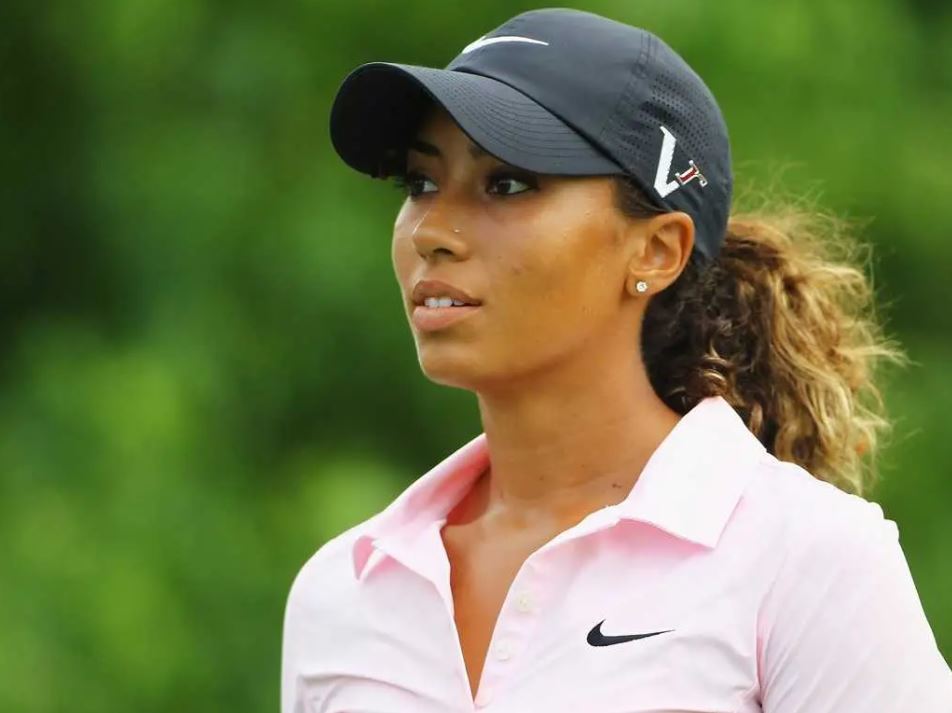 Other than continuing on as a professional golfer, Woods looks set to advance her career as a television host and activist. Plus, now that she is engaged, wedding plans may take are high on the agenda for 2022.

Cheyenne is not as active on Facebook as she is on Instagram. She last posted in November 2020 and has 24,000 active followers. 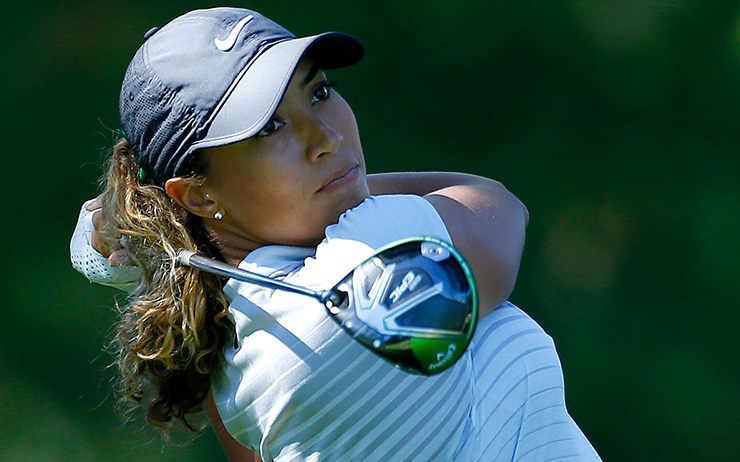 That sums up the bio, net worth, and interesting facts about American professional golfer Cheyenne Woods.

While she may be unable to shake the title of Tiger Woods’ half-niece, she has done well to forge her own path in the sport.

Despite only winning three tournaments since turning professional in 2013, Cheyenne has made her mark on and off the course. She looks set for a successful career in golf broadcasting. Plus, she works tirelessly to pave the way for future African American women to excel in the game.

Putting her career to the side for a second, we would like to wish her and Aaron Hicks all the best for their upcoming nuptials.