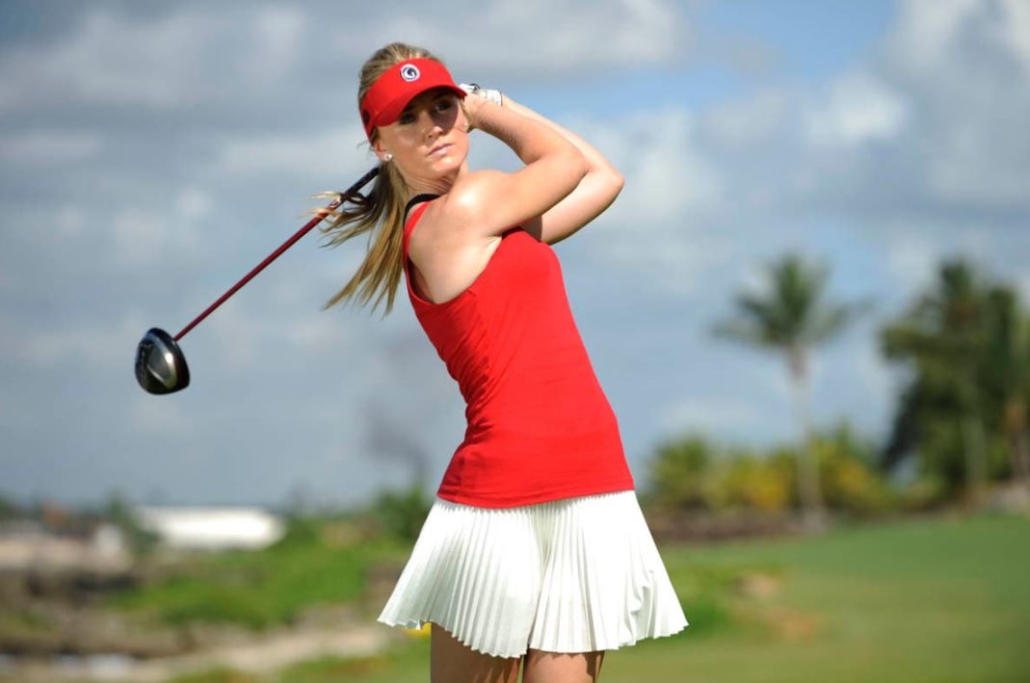 American-born Blair O’Neal is a retired professional golfer, model, and television broadcaster. She spent most of her professional career on the Ladies Pro Golf Tour of Asia, and the Symetra Tour, formerly the LPGA Futures.

In 2010, she won Golf Channel’s Big Break: Dominican Republic, helping her kick-start a career in television. She currently hosts School of Golf with Martin Hall. She also hosted the Morning Drive until the network canceled the show in 2020.

Outside of golf, Blair has enjoyed a successful modeling career, walking the runways of global fashion shows. Plus, her good looks have led to her appearing in Men’s Health, Maxim, Sports Illustrated, and Golf Digest.

Blair is the only daughter of three children from Robert O’Neal and Londa Cunningham. Her brothers are Bryce and Tyler.

She was born in the City of Macomb, Illinois. But her family relocated to Tempe, Arizona, a few miles east of Phoenix.

Given the excellent climate and the popularity of the game, it is no surprise that Blair fell in love with golf at a young age.

As a teenager, O’Neal’s golfing prowess became evident while attending Corona Del Sol high school. She won the school’s MVP award from 1995 to 1998, catching the eye of colleges across the United States. The scholarship offers began to roll in. However, she opted to attend Arizona State University (ASU).

While at ASU, Blair continued to impress, earning multiple top-ten finishes and All-Pac-10 Conference honors on three occasions. O’Neal studied a Degree in Communications, which was ideal in preparing her for a career in modeling and television.

Blair is married to Jeff Kaiser, who is also an ASU alumnus. The couple has one child that was born on April 7, 2020. 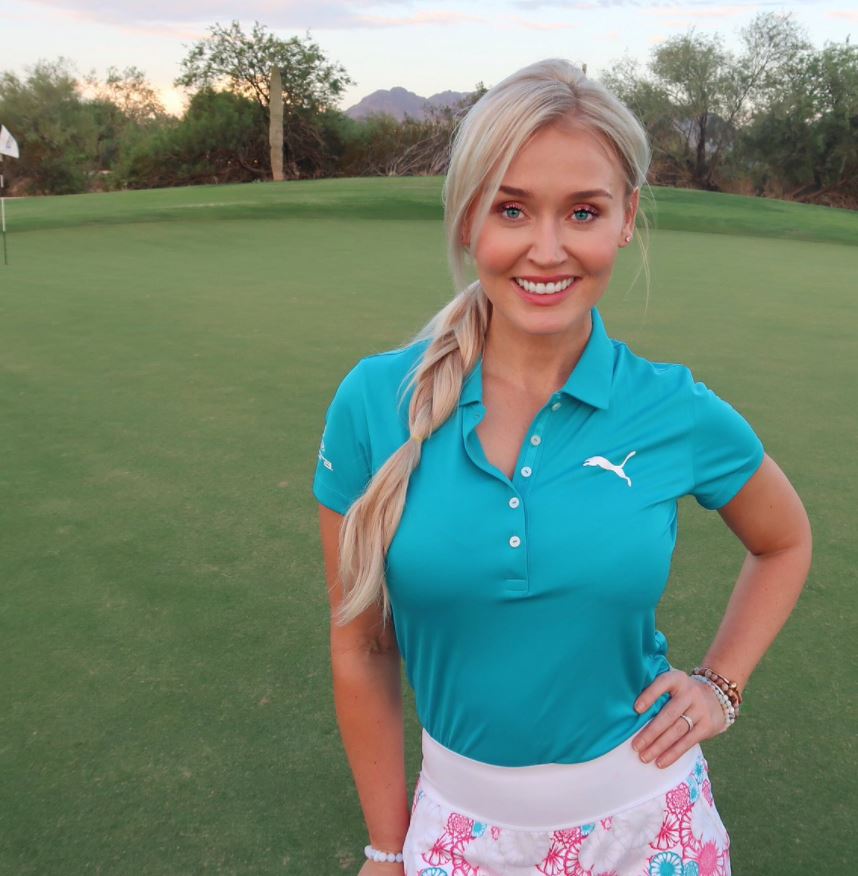 Although numerous sites report Blair’s net worth, it is difficult to determine since she is not obligated to share this information with the public.

Most of her current income is derived from her television and modeling work.

Blair O Neal Husband – Who Is He?

O’Neal is married to Jeff Keiser, who also attended ASU. Keiser is a Certified Public Accountant (CPA) and the Senior Director of Finance at Petsmart.

The company operates over 1600-stores across the US, Canada, and Puerto Rico.

Besides Jeff’s professional life, he keeps a low profile.

Where Is She From?

O’Neal was born in Macomb, Illinois, but her family relocated to Tempe, outside Phoenix. Therefore she was raised and educated in Arizona.

Where Did Blair O’Neal go to college?

After receiving scholarship offers from institutions around the United States, Blair decided to attend Arizona State University. Consequently, going on to represent the Sun Devils in golf.

She initially made a name for herself on the golf course. However, O’Neal’s modeling and television work has made her a household name. 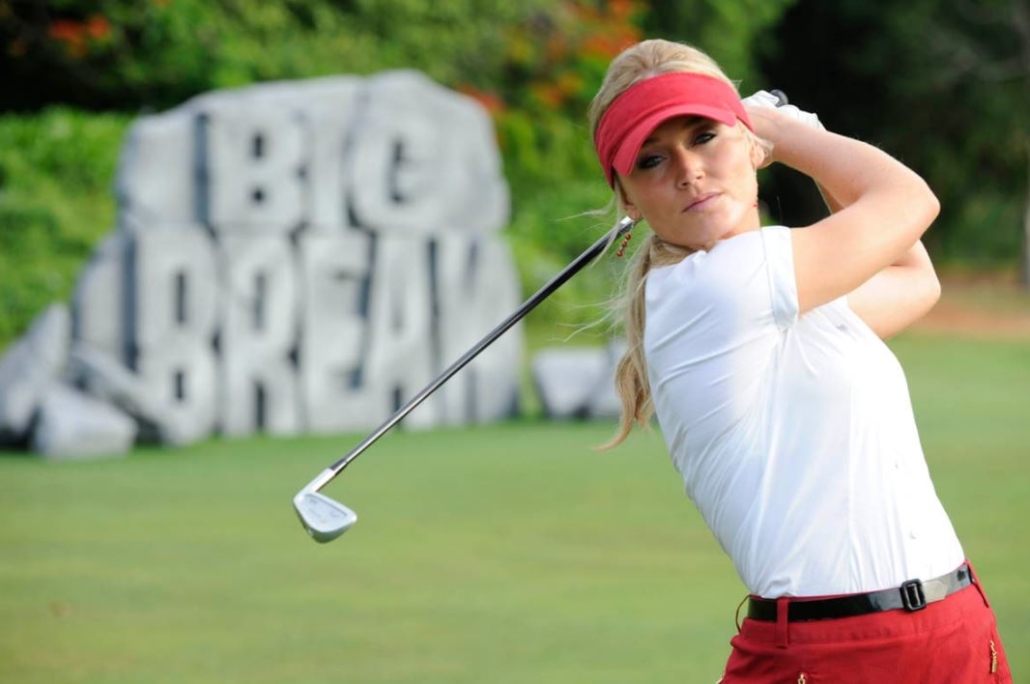 Blair enjoyed considerable success as a junior golfer, even earning selection for the Junior US Ryder Cup and AJGA Cannon Cup teams.

She also impressed at a College level, returning multiple top-ten finishes during her time with the Sun Devils.

Upon graduating from ASU, Blair proceeded to turn Pro and journeyed East to ply her trade on the Ladies Pro Golf Tour of Asia. She quickly earned her stripes helping her to qualify for the Symetra Tour.

The LPGA Futures Tour was the highest level O’Neal reached as a professional golfer. She never managed to qualify for a spot on the LPGA. After struggling to sustain herself financially for two years and enduring a broken foot, she opted to focus on her modeling career.

Blair took three years out from the game until The Golf Channel asked her to appear on The Big Break Prince Edward Island.

She had no time to prepare for the show and finished runner-up. This experience reignited her passion for the game, and she attempted to make a comeback as a professional.

After her performance on Big Break Prince Edward Island, she returned for a Reunion season in the Dominican Republic.

Blair took home the crown as that season’s Big Break winner, which equipped her with sufficient financial resources to focus on a professional career. In 2011, Blair failed to earn her LPGA Tour card but gained full-time status on the Futures Tour.

Although O’Neal is a talented golfer, she never reached the heights many had expected, given her record as a junior.

Blair is a television presenter, and she hosts shows on The Golf Channel, Golf Digest, and Golf.com. Her most-watched show is School of Golf with Martin Hall.

However, she has previously hosted the Morning Drive, What’s In The Bag With Cobra Puma, Hot Tips From A Golfer, and Golf’s Sexiest Shots. 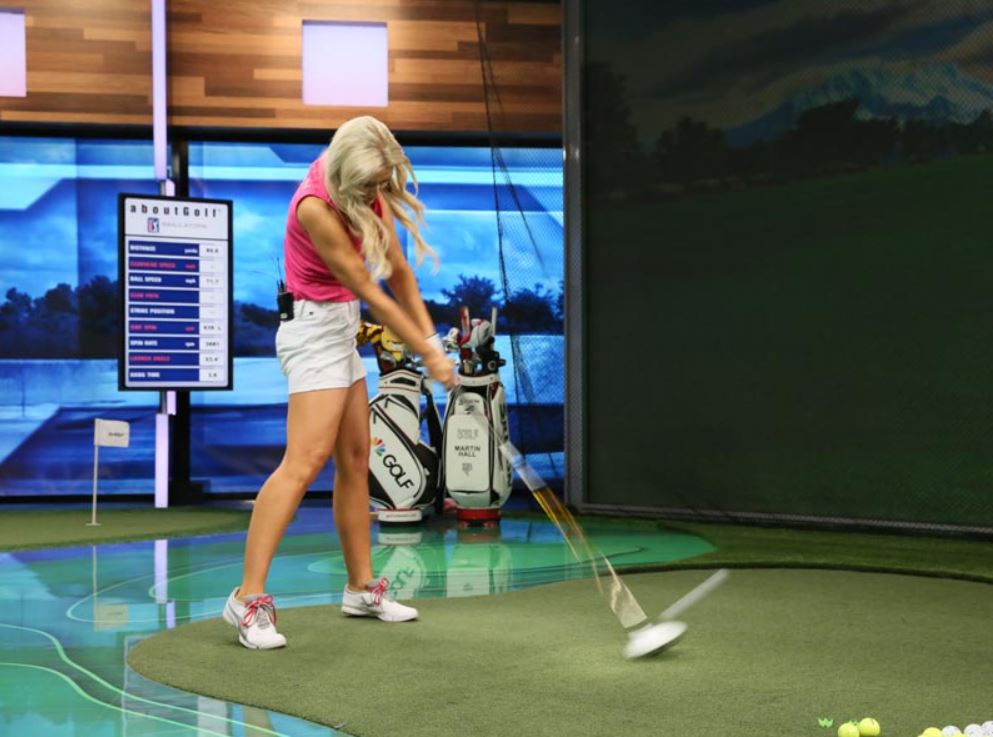 No, Blair was never an LPGA Tour player. After three straight seasons on the Futures Tour between 2011 and 2014, she called time on her golf career to focus on television and modeling.

O’Neal continues to grace our television screens with her devilishly good looks and expert golf knowledge. In 2022, she looks set to further her career as a golf television broadcaster.

Blair is a popular figure on Instagram with 541,000 followers. She shares content related to her golfing endeavors, along with modeling and her family.

O’Neal is not active on YouTube, the last posting in 2016. She only has 410 subscribers. 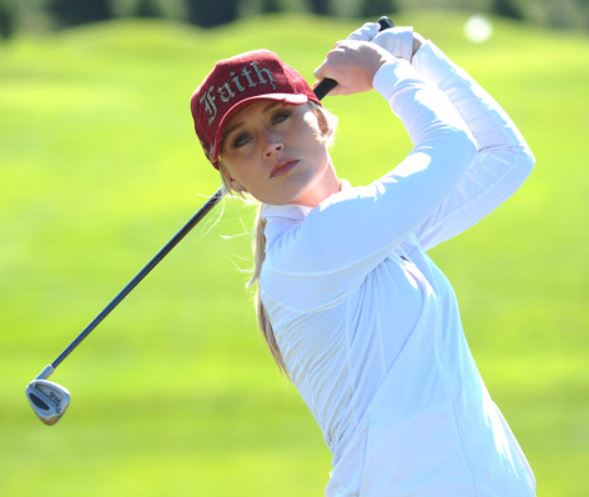 There you have Blair O’Neal’s bio for 2022. The blonde bombshell will continue to appear on our screens this year. Although her golfing career did not succeed in the way she had hoped, Blair has found her calling as a television host.