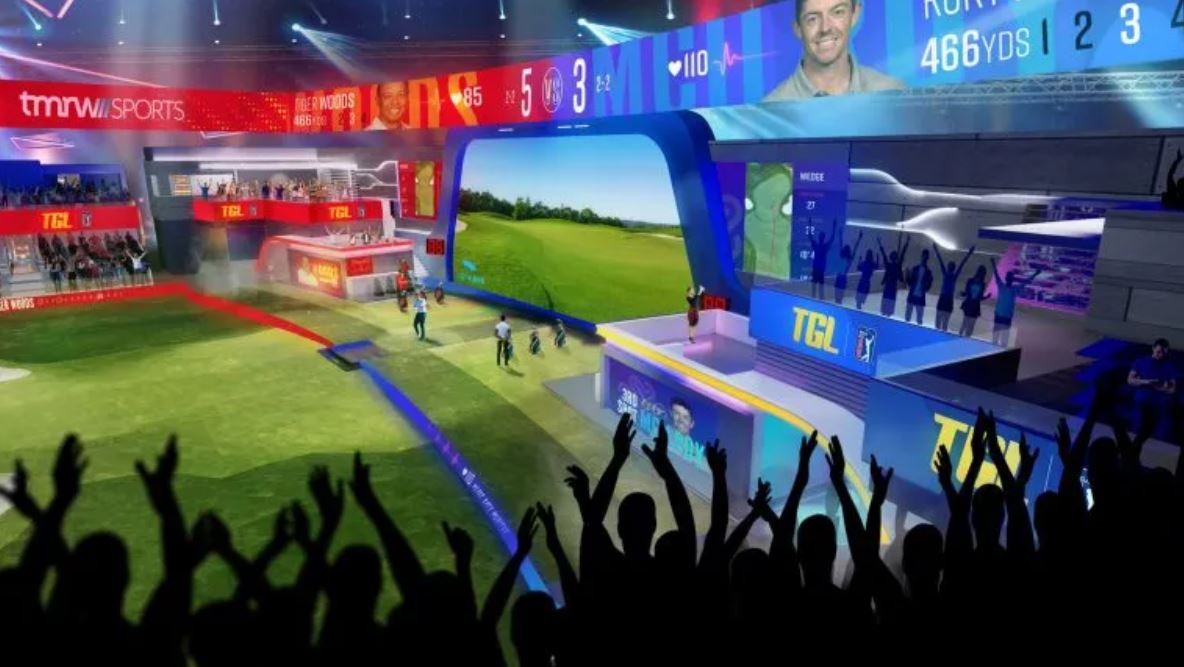 Tiger Woods and Rory McIlroy are household names even in non-golfing homes, so when they both announce they will be running a new golf league together, you can assume everyone is turning their heads.

There were rumors of a ‘meeting’ happening between PGA Tour players this week, with Tiger and Rory leading the charge. Not much was known of what they would exactly be talking about. As of last night the TGL event was announced. Let’s dive into some details below.

Tiger Woods and Rory McIlroy announced on Wednesday they will be starting a new golf event in partnership with the PGA Tour called TGL, it is a tech-infused team golf league. The league will be played in matches in a custom-built venue, which will start in January 2024.

“TGL is the next evolution within professional golf, and I am committed to helping lead it into the future,” TigerWoods said in a press conference. “Embracing technology to create this unique environment gives us the ability to move our sport into primetime on a consistent basis alongside so many of sports’ biggest events.” 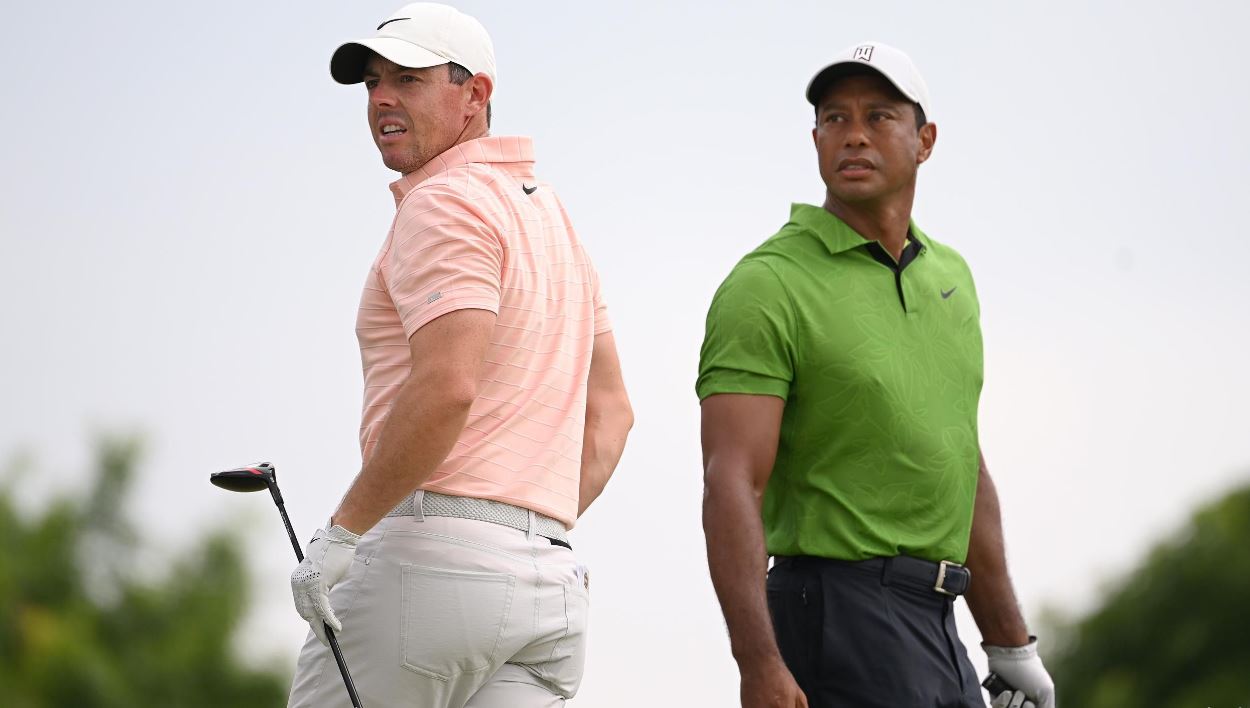 The TGL venue is said to be “A first-of-its-kind experience for golf enabled by a data-rich, virtual course complete with a tech-infused, short-game complex.”

This is not the first surprise, earlier this week Tiger Woods and Rory McIlroy announced they are partnering up with ex-Golf Channel president Mike McCarley to create TMRW Sports (pronounced as “tomorrow”), it is a technology-focused company that will venture into “progressive approaches to sports, media and entertainment.”

“I have the utmost respect for the game of golf, and the TGL, while rooted in the traditions of the game, is taking a bold step into the increasingly tech-fueled future of sports,” McIlroy said. “TGL will tap into the appeal of team golf within an exciting, fan-friendly environment, comparable to sitting courtside at an NBA game. TGL will widen the appeal of golf to younger and more diverse fans and serve as another avenue to introduce people to the game I love.”

Who Will Be Playing In TGL?

Tiger Woods and Rory McIlroy have said they will be playing in the new league. No other players have been announced or said anything regarding the new TGL event.

How Will The TGL Event Work?

Very little has been said regarding the ins and outs of the events, all we know is it will have six teams of three PGA Tour players playing in a two hour match. There will be 15 Monday night matches, with semifinals and finals played between the regular PGA Tour calendar. 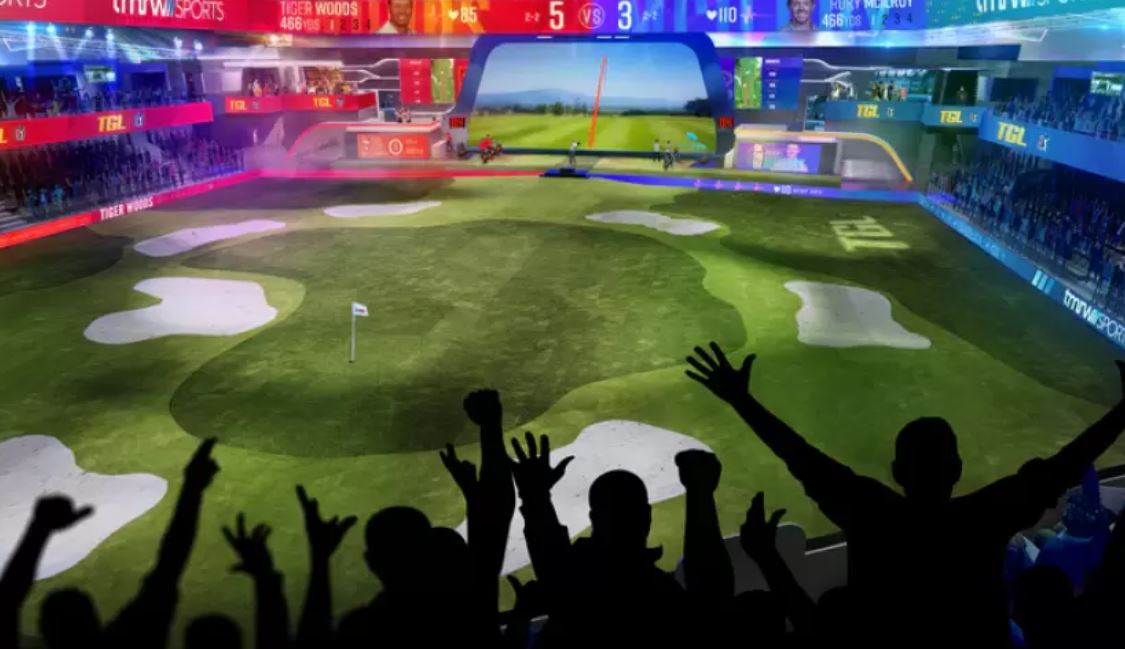 2022 has been a crazy year for the golf industry, LIV golf has been the center of attention, with the ambition to lure high profile players to their events by offering them huge money upfront, and big paychecks for winning.

With the likes of Dustin Johnson, Brooks Koepka and Bryson DeChambeau, Sergio Garcia, Hendrik Stenson and Patrick Reed to just name a few heading over to “the other side”, the PGA Tour took a sour liking to this and took action straight away, they banned all players that moved over to the LIV Tour from playing in any PGA Tour events, and since then they have ramped things up to try keep their existing players.

The TGL announcement from Tiger Woods and Rory McIlroy comes on the same day that Jay Monahan the PGA Tour commissioner announced big changes for the PGA Tour schedule as well as an increase in Player Impact Program prize money and recipients to “elevated events” to more guaranteed money for PGA Tour members as well.

Let’s just say that golf going forward is going to be very different to what we are used to seeing, is this a positive or a negative thing? I guess time will tell, all we know for sure is that there is some serious money involved now in the golf space.

Is the Callaway X2 Hot Driver Still Good? Is it Forgiving for High Handicap...

Is the Ping G400 Driver Still Good? Is it Forgiving for High Handicappers?
Scroll to top