You are here: Home / Blog / All Golf Equipment Reviews / The Garmin S42 Golf GPS Watch Review – How Does It Compare Vs Al...

When Garmin releases it’s new range of GPS Devices for golfer, the community stands up and takes notices and with good reason, Garmin is leading the way considerably with these devices in terms of performance, features and value.

The S40 came out in 2020 as a mid range watch to sit between the S20 and the S62 but it didn’t do as well as initially planned. The Price point and features just didn’t appeal to the bargain hunter or the premium watch wearer.

A much bigger hit was the premium S62 which built on the weak points of the S60 and has been an enormous success.

So, Garmin have decided to go back to the drawing board already with the S40 and have released the S42 for the 2021 season. It would appear that they have the same goal in mind as the s62 and that is to iron out any weak points of the S40 into a more robust and popular watch. Let’s see how they fared.

Upgrades For The S42

One of the things that Garmin have got right in a major way with the new range is in the battery life. We saw this in the S62 which can last three rounds in GPS mode.

The S40 sadly was lacking the ability to give 2 full rounds with confidence while the S42 now gives 15 hours in GPS mode which is equivalent to around 3 rounds and you also get 10 days in GPS mode.

When people were deciding between the S40 and the S62, the heart rate monitor was something that stood out with the S62 as being missing from the S40.

While the S42 does incorporate smart watch applications like step tracking, calorie and sleep monitoring along with fitness profiles for different sports and water protection, the heart rate monitor still only lives in the S62.

One of the major differences between the S40 and the S62 is the plays like feature.

The plays like feature is not available on the S42 which is great for those who do want to use it in tournaments.

Like everything else about the S42, it’s looks and style are very similar to the S42. Identical in fact.

As you can see the watches are very similar in style and design with the S42 looking slightly more rugged and attractive.

Both have quick change bands and downloadable interfaces for different looks and feels any time you want to switch it up.

Just like with the design and style, these watches are pretty much identical in terms of golfing features too.

The S42 has 42,000 courses worldwide and they load quickly and automatically when you arrive at the course.

The large color touch screen gives you all the information that you need regarding the course you are playing at the touch of your finger tips along with the built in features.

Get the distance to the front middle and back of the green in big number mode on the sun readable screen and even zero in on the shape of the green with green view and manually position the pin for where it is on the day.

Get the distance to the start and end of hazards and various distances for lay ups on dog legs.

If you cant find what you are looking for through the built in features, you can target any point on the hole for an accurate distance from where you are standing. 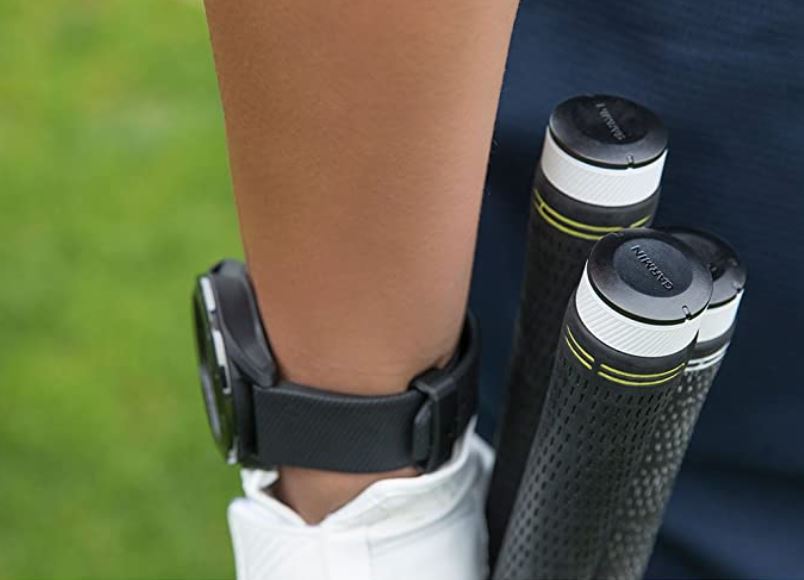 All Garmin products come with free access to the Garmin Golf App which you can download to your smartphone and synch up via Bluetooth.

The App will store your stats on how far you are hitting each shot, Fairways and Greens in regulation etc.

You can take this to the next level with the CT10 sensors which are sold separately ($300) and fit in the top of each club to give you stats on how you are playing with each club so you can improve your game.

Such apps have subscriptions with competitors devices so it’s refreshing to get this free once you have both all the gear.

I feel a little bit sorry for the S42, sitting in the middle of two excellent watches in the S12 and the S62.

It limits the amount of target audience that the watch will attract although it is a great watch in its own right.

People who don’t want to fork out $500 on the S62 and people who want to use the watch in tournaments are who this watch is going to built for.

If you have the extra budget, the S62 offer a good bit more and if you want an entry level watch, the S12 is an excellent piece of technology for $200 with almost never ending battery life.

The S42 is the middle of the road option and the only difference between this and the S40 is an extended batter life and improved internal functions but it hardly blows anything out of the water in terms of new features or improved performance.

It has taken some underlying performance issues of the S40 and corrected them but we would expect a few more features to be added for it to be truly considered a new watch.

Pros And Cons Of The S42 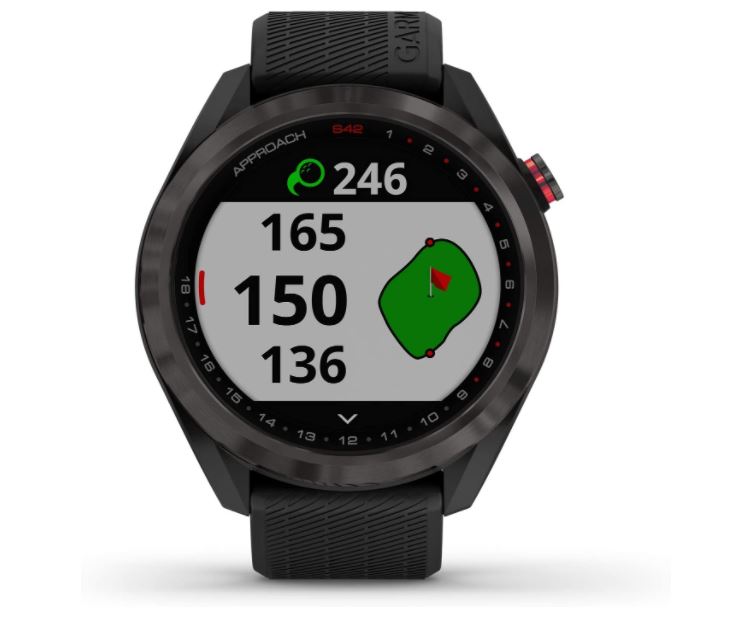 Other Watches To Consider 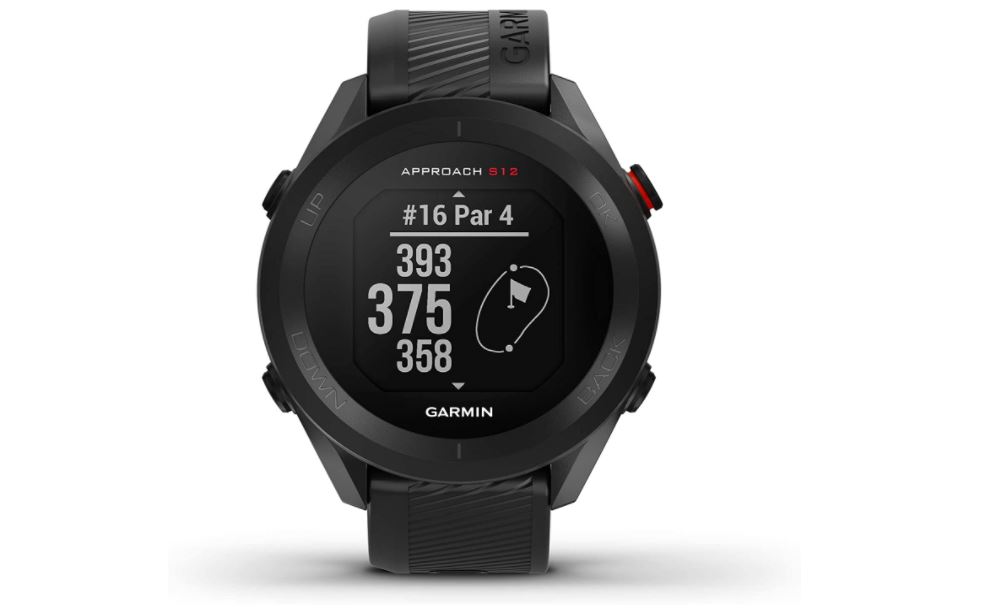 Also brand new for the 2021 season, the S12 builds on the success of the Garmin S10 and is an entry level watch from Garmin.

The S12 boasts a new higher resolution screen that can be read in any light and a much more rugged and attractive design to the S10.

This watch comes in at $200 and does everything you need with a never ended battery life of 30 hours in GPS mode or about 6 full rounds. 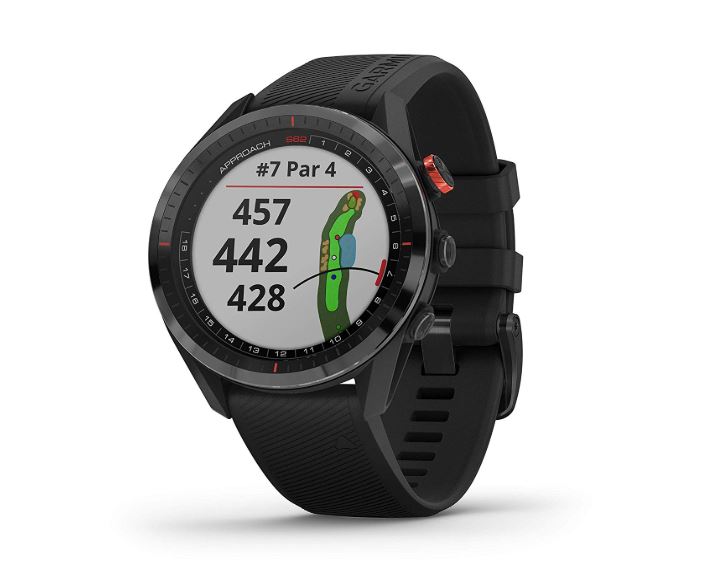 The Garmin S62 is the premium watch from Garmin, taking over from the S60 last year.

It ironed out all the problems with the S60 like the battery life and added a swathe of new features like a heart rate monitor, digital caddy, distance to any point on the course, Garmin Pay and more.

It represented a real upgrade on the S60 and even takes wind and slope into consideration on your shots.

It costs $500 but certainly the most advanced smart watch in the golf game right now. 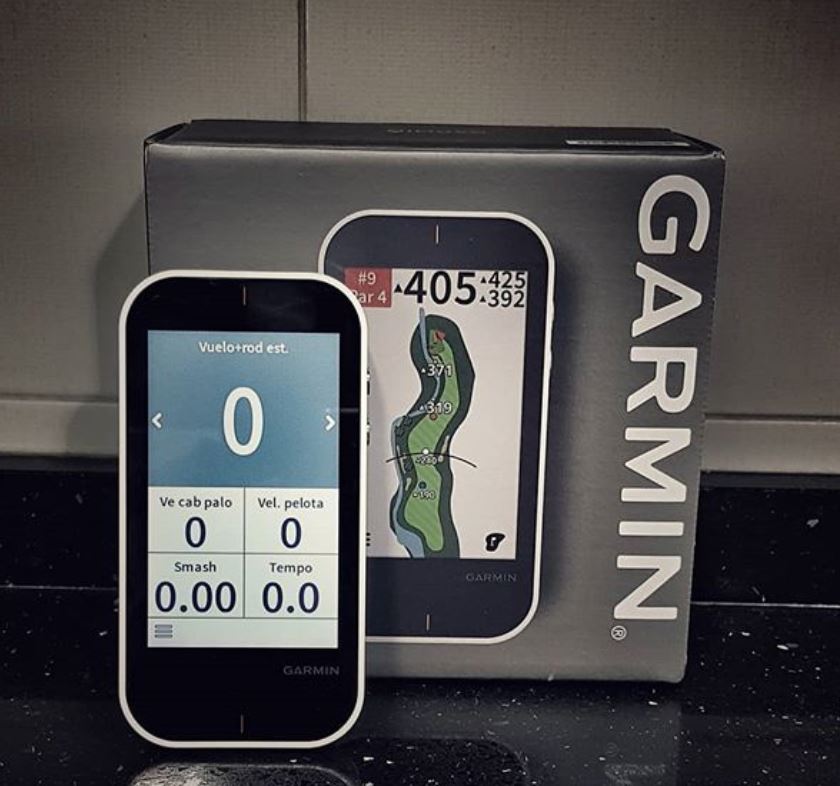 An honorable mention here for another innovative device from Garmin in 2020.

This combines a handheld GPS device with a personal launch monitor to track the distances of each shot you take while giving you a distance to any position on the course.

This is also excellent for the driving range and we hope to see an improved version coming out soon, maybe the G82 is in the works already!

The Garmin S42 is an incredible piece of equipment that gives you everything you need from a golf watch.

Disappointingly, it is not much of an upgrade from the S40 and it lacks the advanced features of the S62.

If you are in the market for a mid range watch for around $300, the s42 wont let you down but I get the feeling that people will get more value from the S12 or the S62.

Should High Handicappers & Beginners Use Drivers – What Loft Driver And...
Scroll to top