You are here: Home / Blog / All Golf Equipment Reviews / Are Ping G410 Irons Good for High Handicappers – How Forgiving Are They f... 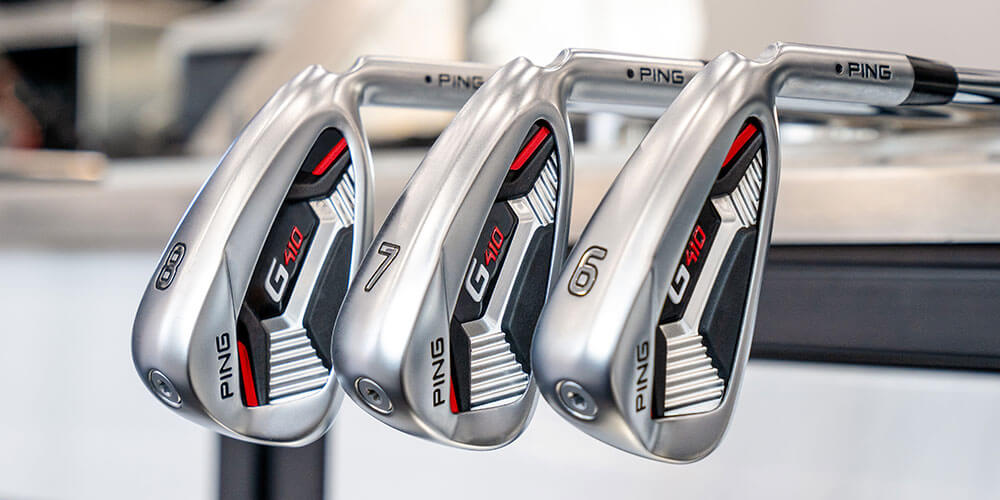 Ping has built a strong reputation for making quality clubs for players of all skill levels.

But what can they do for high handicappers? To find out, we tested the Ping G410 irons – irons that are built for both acute performance and forgiveness.

Ping G410 irons have an appealing look for both mid and high handicappers.

For starters, these are cavity back irons. But unlike a lot of game-improvement cavity back irons, they sport a shorter blade length and less offset. In fact the offset is just 0.27 inches in the 4-iron.

But the forgiveness is still there. There are weights in the toe and shaft tip to protect your shots when contact is made closer to the heel or toe. The face also hinges very well to help with ball speed.

What Type Of Irons Are They? 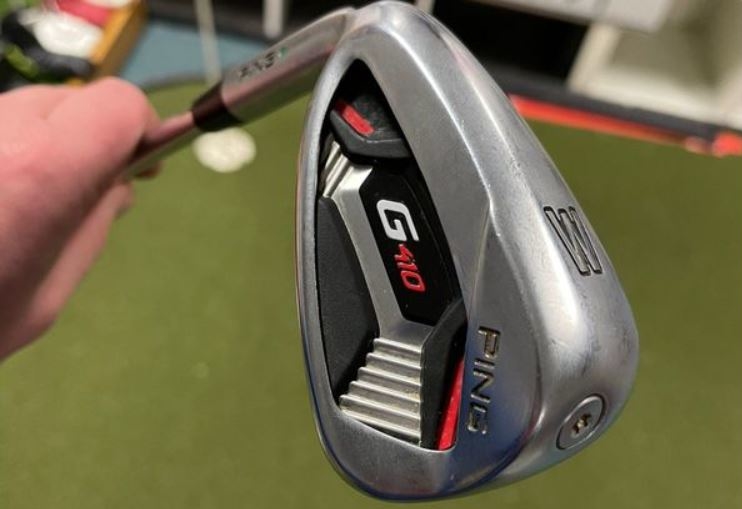 While the offset and blade length are moderate for an iron in this category, the head profile is still pretty large overall. They give you a nice, wide sweet spot to work with and the soles are still pretty chunky.

How Forgiving Are The G410’s For High Handicappers

The lack of offset certainly hurts these irons in terms of accuracy for high handicappers.

If you are dealing with a slice, these probably aren’t the irons you want. Aside from that though, the Ping G410 irons produce great ball speed for players with slow swing speeds. 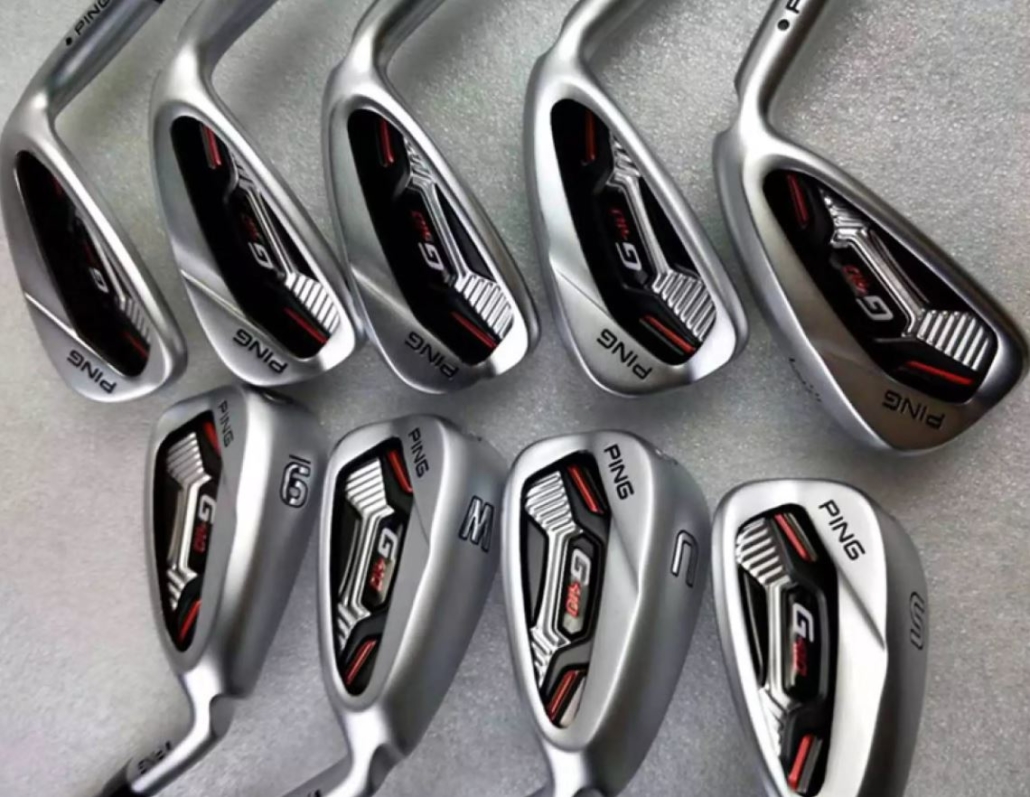 Side-to-side, you’re not going to get a ton of workability.

Mid handicappers will certainly be able to work the ball a bit, but the main design emphasis is on forgiveness.

Distance is where these irons shine.

With the 7-iron in this set, our testers were able to reach an average distance of 155 yards after 3 swings. Keep in mind that all of these testers have moderate swing speeds that hover around 85mph give or take a few mph’s.

The good thing is that the faces of these irons are very consistent thanks in part to the extreme perimeter weighting.

The large flexing zone of the face means that you get very good repeatable distance throughout the entire set. Around the green, they lack a bit of stopping power because of the relatively low lofts.

Are They Priced for Beginners?

These days, you can generally score a set of Ping G410 irons for between $600 and $900 depending on the retailer. So while they aren’t the cheapest irons for beginners, we would still say they are priced well for high handicappers who are committed to improving their games 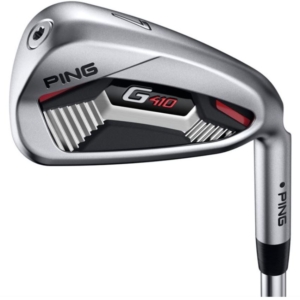 Are They Good for Seniors?

The Ping G410 irons would actually be great for seniors if you get them outfitted with graphite shafts instead of feel. The co-molded cavity badge helps dampen harsh vibrations and the distance features will help make up for slower swing speeds.

Yes but not by much. Compared to other game-improvement irons, the Ping G410 irons don’t have a lot of offset. To give you an example the 4-iron has just 0.27 inches while the 9-iron has 0.13 inches of offset.

Are They Cast or Forged?

Like many game improvement irons, the Ping G410 irons are cast.

Other Iron Sets for Beginners 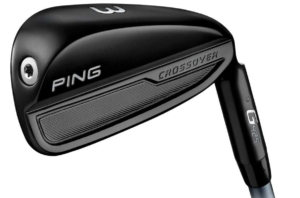 The Ping G425 irons were built for distance.

These are beefy irons that launch high, play long and provide plenty of stopping power. They feature variable face thickness so less power is lost when you miss the sweet spot. There are also weights in the toe and hosel to promote side-to-side forgiveness.

Much like the Ping G410 irons, the G425’s don’t provide a lot of workability though. They would still be a great option for beginner and handicappers nonetheless. 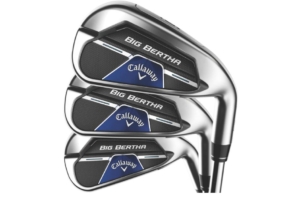 The Callaway Big Bertha B21 irons are legendary game-improvement irons.

And there is a very good reason for that. They are big, beefy and extremely forgiving. Unlike the Ping G410 irons, the Big Bertha irons would be good if you are dealing with a slice. At address, you can see that they have pronounced offset.

The Big Bertha irons also have very chunky soles and they launch very high. They would be a great option for anyone who is having trouble getting the ball airborne and keeping it straight. 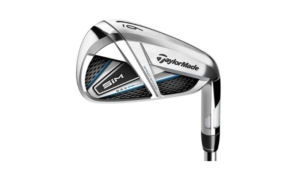 Whenever Callaway puts the term MAX into a club’s title, you know that they will be oversized and forgiving.

Such is certainly the case with the Taylormade SIM Max irons. The SIM Max irons feature the famous Speed Bridge which connects that sole and crown so that the face can flex more. And that’s a good thing because the faces of these irons are very thin. 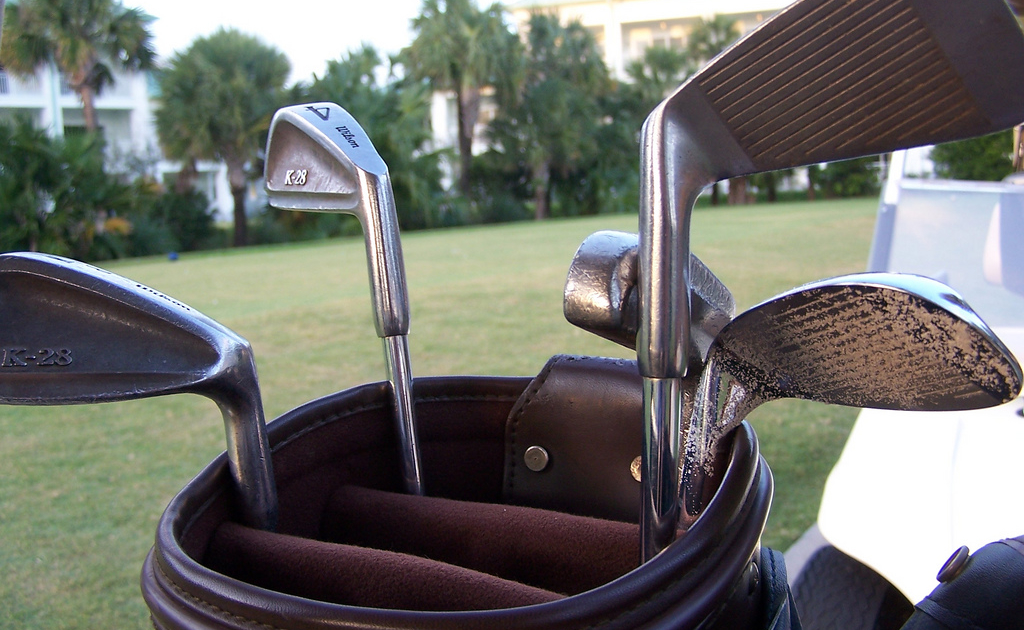 The Ping G410 irons would be a great choice for mid handicappers or high handicappers serious about lowering their score.

They are not the most forgiving irons in terms of straightness  but they certainly give you something to aspire to. The distance and feel are great though and they are very durable so they would be a great investment if you plan on being a long-time player.