What is MOI in Golf Clubs And Why it Matters

You are here: Home / Blog / All Golf Equipment Reviews / What is MOI in Golf Clubs And Why it Matters

What Is MOI In Golf Clubs And Why It Matters 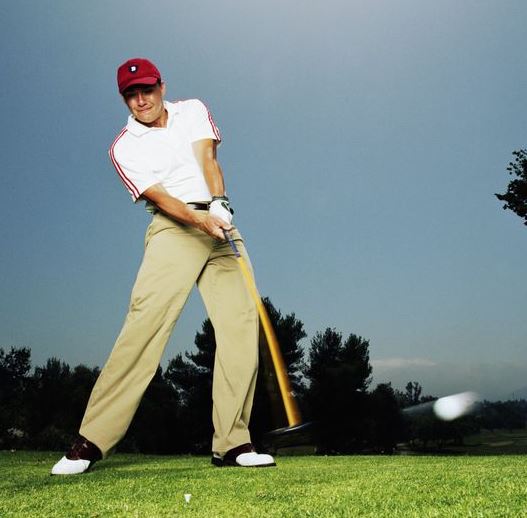 The engineering that goes into modern drivers is just mind-blowing, clubs are developed more like formula one cars than golf clubs these days. Manufacturers genuinely use wind-tunnels to test the perfect aerodynamics of the head.

One feature that has had to be reigned in by the governing bodies of golf, the USGA and the R&A, is moment of inertia (MOI) of the head. It is a physics term that refers to an objects resistance to twisting about an axis. More on this to come.

The Driver That Can’t Miss

A good friend of mine just bought a PXG driver, we went to the driving range to try it out. He was hitting it horribly, right out of the toe every shot, every single one boomed down the middle! It was utterly astounding to see a ball go so straight and far from a toe strike.

This is MOI in action, the club has such a high MOI that when the ball is hit like this it doesn’t twist and cause the slice. Keep this example in mind as we move through this article.

What Exactly Is MOI?

During those microseconds of impact during the golf swing, your clubface twists. If you hit it out the middle it doesn’t twist but off-centre hits can cause pronounced twisting. That movement can contribute to wild shot shapes like snap hooks and slices.

How Is It Measured?

The USGA has a limit on MOI of 6000 grams per centimetres squared. If you look at the units there, you can start to get an idea of how this is measured. MOI is a measure of the force required to make an object rotate around an axis.

How Does it Affect Performance? 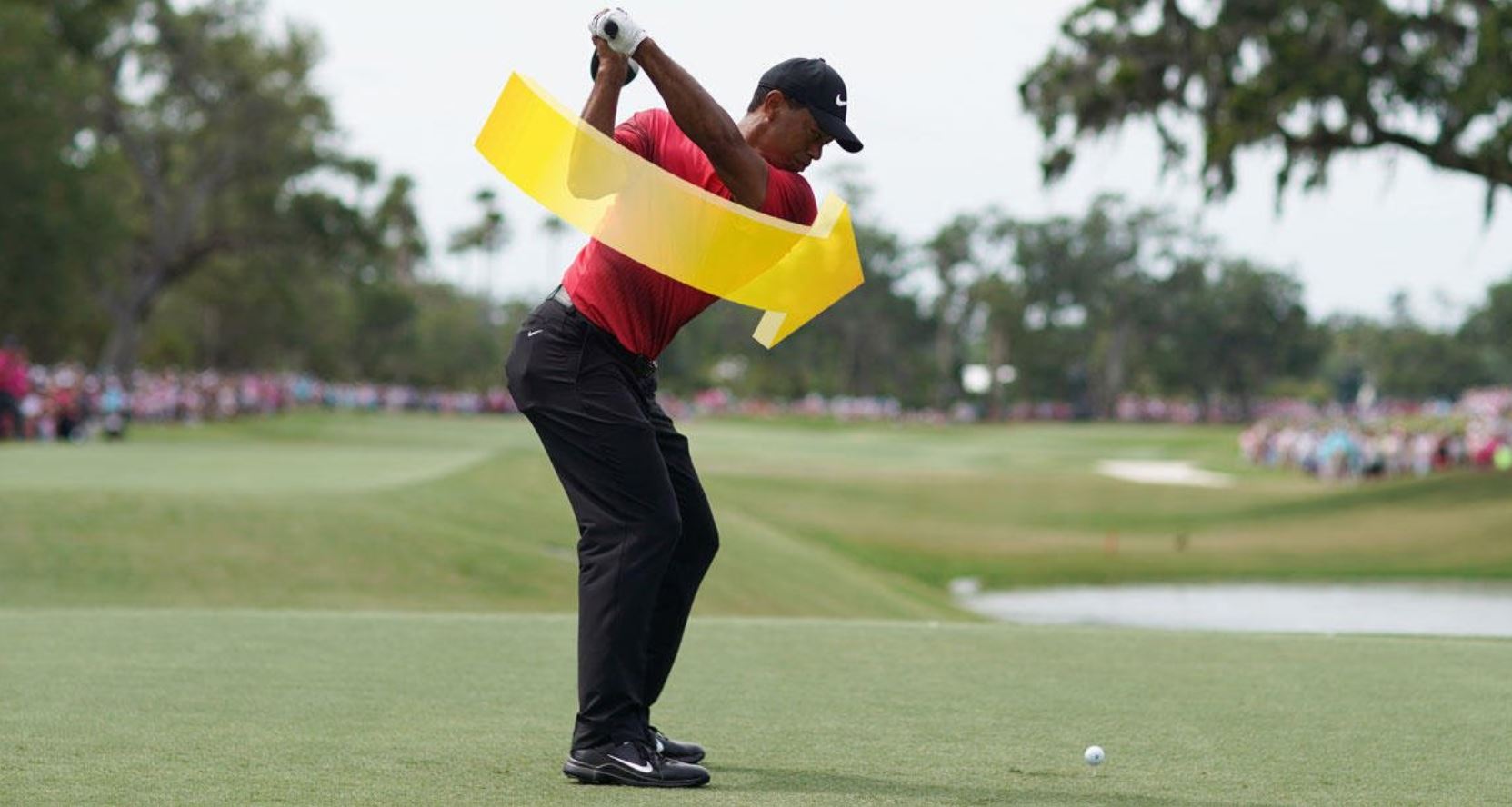 The higher the MOI the more forgiving the club. We’ve already established this, however, there is no such thing as a free lunch, as they say, so something must be lost for this gain. In general, as MOI increases, distance decreases.

This article here goes into great detail of why this is the case and is well-worth reading. He also talks about why the USGA put these limits on our clubs and why this may not be a good thing. As I say, very much worth reading for all golfers.

One of the big benefits of low MOI in golf clubs is the ability to shape the ball. If you have the skill to make the ball move at will then low MOI is useful. High MOI makes it much harder to shape those drives round doglegs , etc.

Who Should Use High MOI?

High MOI is best for golfers who really need help to with forgiveness, players who find it hard to hit their clubs out the middle.

Players who really struggle to find the fairway. Hitting fairways will always be better for your game than hitting it far.

Who Should Use Low MOI?

Players who are consistently good ball strikers will benefit from low MOI.

Lower MOI will give you more distance and will also give a great ability to shape the ball.

This is for more skilled golfers with consistent swings, probably single-figure handicaps and better.

Drivers are harder to hit than many golfers think, they have a small sweet spot and a long shaft.

Manufacturers have been pushing MOI limits for years in order to make it easier for golfers to hit.

Limiting MOI is designed to reign in pros more than golfers like us.

Have you noticed how much larger drivers and fairway woods are than they used to be?

This is all in the quest for increased MOI, club weighting is also put to the back of the club to increase MOI.

Clubs design has fundamentally changed because of this one property.

Why are hybrids so much easier to hit than long irons? Yeah, you guessed it, it’s the MOI factor again.

Hybrids offer a deeper center of gravity and the larger head volume means that weight can be moved back, both of these features lead to an increased MOI.

Everyone knows that blades are the hardest to hit clubs of the iron family.

With the lowest profile and smallest heads, they have the lowest MOI.

When you get down to the shorter clubs of the bag, forgiveness isn’t about hitting straighter shots, it’s about attacking flags.

MOI is less of an issue in wedges as they are the shortest clubs in the bag.

Even on the shortest most gentle shots during a round, your putts, MOI has a role.

The big development on this front has been the mallet-style putter which has a much higher MOI.

For most golfers a higher MOI in the putter means more putts holed.

How Much Should MOI Affect Your Choice of Clubs? 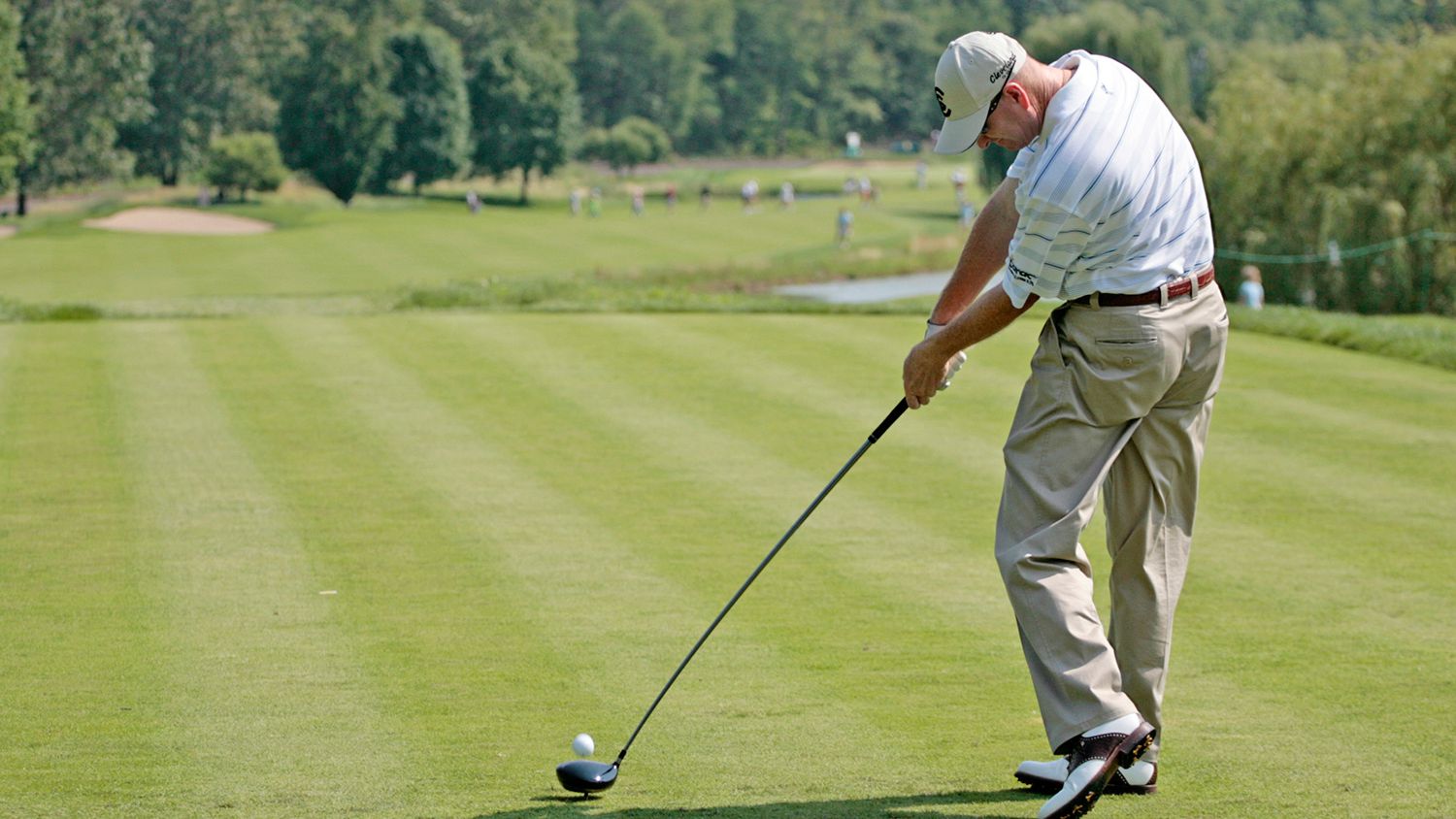 This depends on what your biggest issue is in your game. If accuracy and consistency are factors that you really struggle with, then MOI should be very much at the fore-front of your thinking around what clubs to buy. Getting this right could be a game-changer.

If you are a strong ball striker and want fine control of the golf ball to shape it however you want you should be looking for lower MOI. This will also give you more distance as an added benefit. These are the reasons why many tour golfers still prefer to play blades.

At the start of this article I mentioned the mind-boggling performance of the PXG 0211X from PXG. Many drivers have hit the MOI limit as per USGA rules, but one phenomenon we are now seeing is that high MOI drivers perform almost as well as low MOI versions.

One driver that is out this year, an absolute masterpiece, is the Mizuno ST-Z. The club looks unbelievably nice and has a performance to match. It’s consistency from the tee is astounding, it goes impressively far and has ultra-low spin numbers, it’s so impressive. 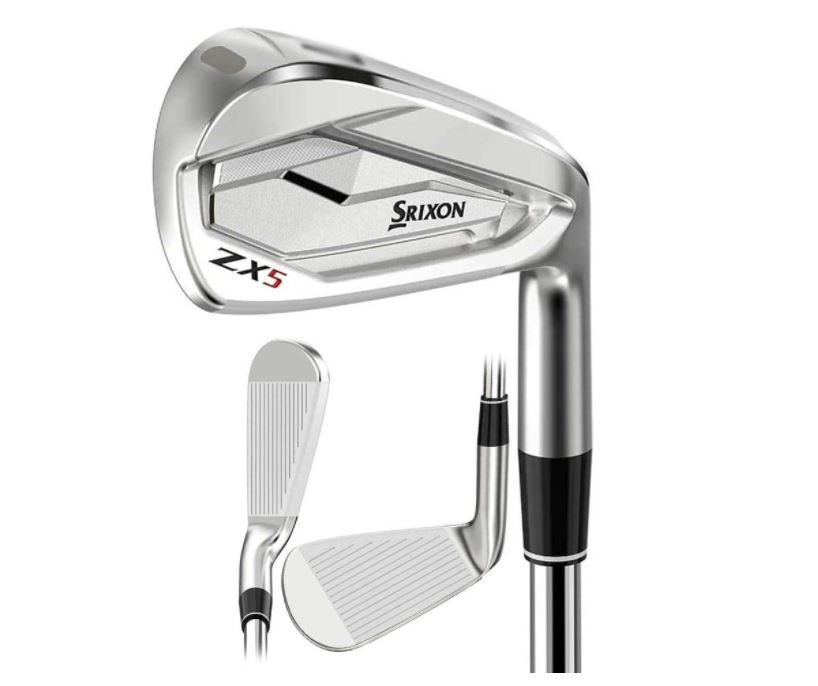 Irons have come a long way since the blade-only offerings that the market used to have. One trend that is here to stay is the high MOI players iron, this type of iron has the look of a blade but the playability of a cavity back. They are the best of both worlds.

The Srixon ZX5 irons are stacking up to be a great success. This iron may not be out yet, but it is going to be a huge success. The whole Srixon line-up for 2021 is probably the best range that this underrated brand has ever produced, Brooks Koepka is convinced. 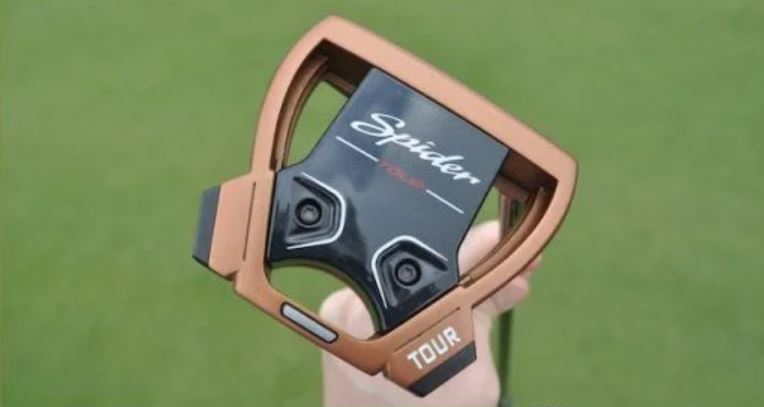 Even the best golfers in the world are starting to move toward higher MOI models on tour. If you tune into the PGA Tour you will see more and more players opting for a mallet-style putter rather than a blade. This is something that you should be considering for your bag. 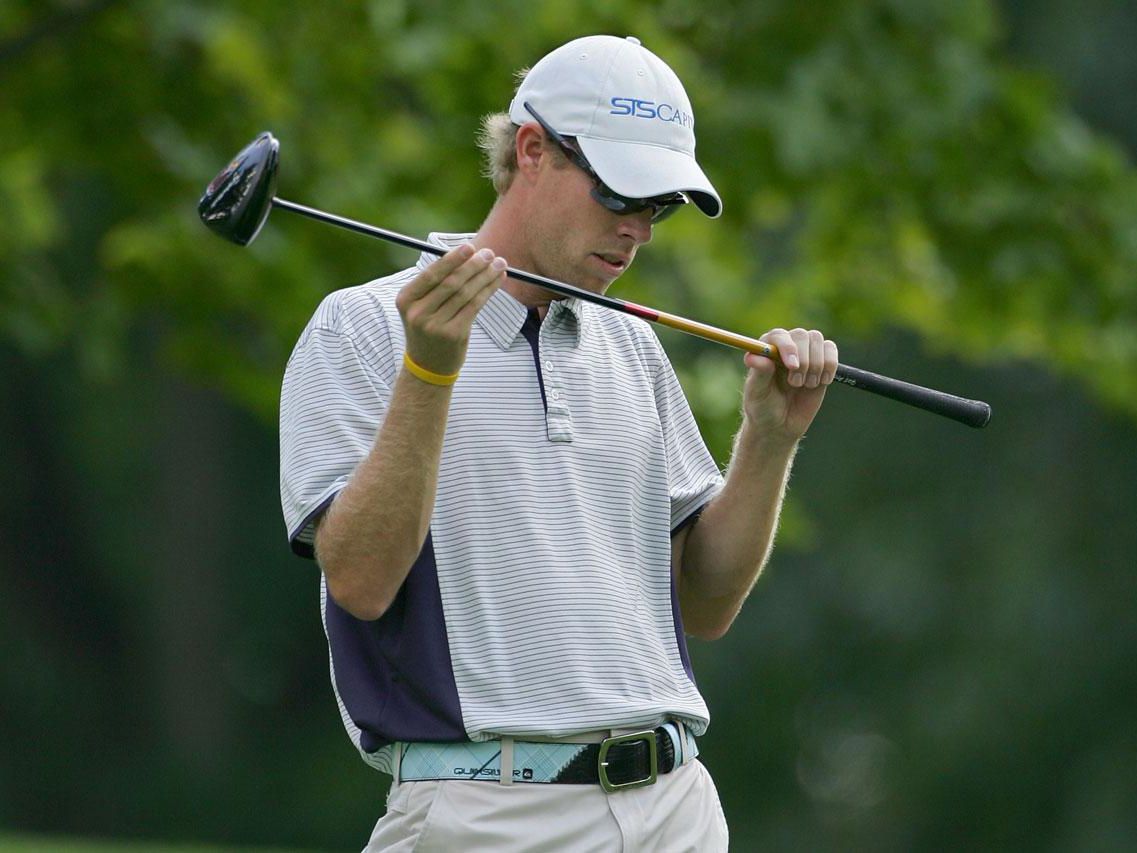 MOI is a factor that is not going away and manufacturers will be firmly camped out at the limit of the rules for as long as they can be. What we are starting to see if that manufacturers are able to keep MOI high and are closing the distance gap.

This is really impressive because soon you will have high MOI drivers that go as far as low MOI models. It just shows the incredible engineering skills that staff at these companies have. Golf club engineering has become so exquisite and we should celebrate this.

Hopefully we have now shed some light on the MOI issue and put you in a better position to make an informed choice when you’re out buying new clubs. The ideal club for you will make you feel confident every time you pick it out of you bag, the right MOI will do this.

When you are looking to buy new clubs, have a chat with a product expert or golf pro to help you. The game of golf doesn’t seem to be getting easier to play, but you have to say that clubs are definitely getting easier to hit. Technology is a wonderful thing.

Should High Handicappers Use Graphite Or Steel Shafts