Taylormade drivers are seen frequently on the PGA Tour. Pros from Dustin Johnson to Tommy Fleetwood have used their drivers at one point or another. In fact, the M5 and M6 drivers were very common on the PGA Tour just a couple of years ago.

The M6 Driver was built for speed and distance, if you touch the ball with the twisted metal face, you know it’s going to fly and it’s also very forgiving and comes in a draw version as well for anyone with a slice. The Sim range is the wildly popular upgrade on the M Series. It has impressive distance but is also more forgiving and it also come in the Max version for forgiveness and a Draw Bias Version. If you are on a budget the M6 is available now at a bargain price.

But now we are seeing pros pull out Taylormade Sim drivers more frequently. So what does the Sim series offer that the M series doesn’t? Is there anything more than a marginal difference between the two clubs? Read on to find out. 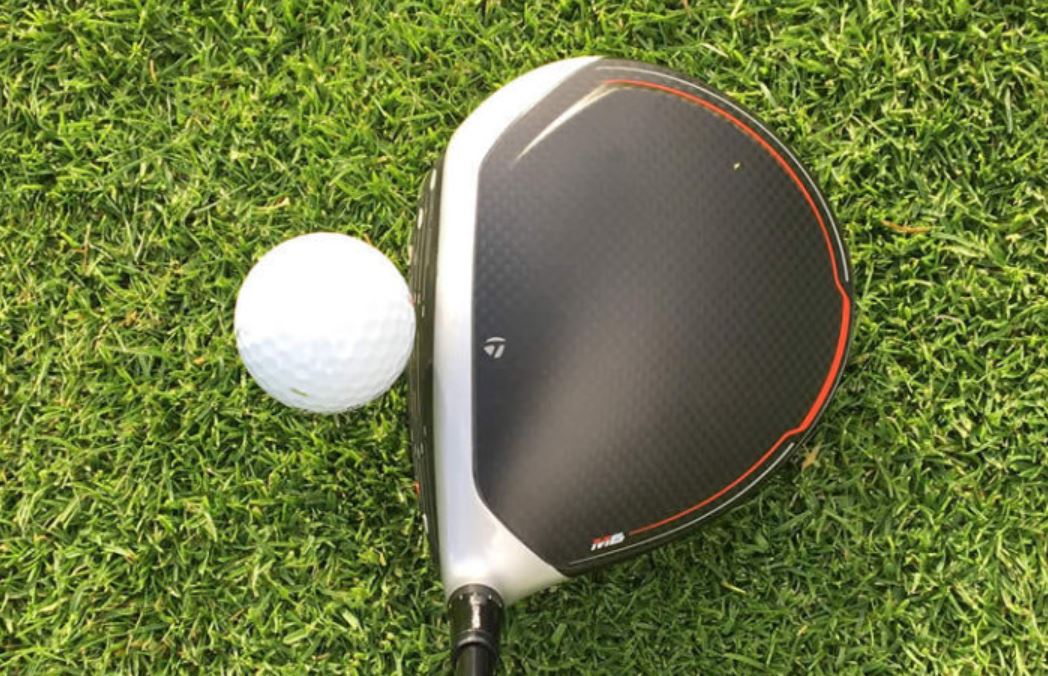 The M5 and M6 drivers featured the central weight track that provided more forward inertia. The idea behind this was ball speed. So the M series became known for ball speed and distance. The feel of these drivers is also sensational.

The Sim drivers are essentially the successor to the M series. They promise to be more forgiving than the M series was. This is due in part to the elimination of the central weight track that allows more weight to be focused in the rear of the head for a more pronounced launch angle.

Key Features of the Taylormade M6

The Taylormade M6 feature the renowned Twist Face technology. The Twist Face flexes more on more of the face.

So when you hit an off-center shot, the results aren’t so drastic.

The carbon sole also allows for weight distribution to the rear of the club where it should be.

Key Features of the Taylormade Sim 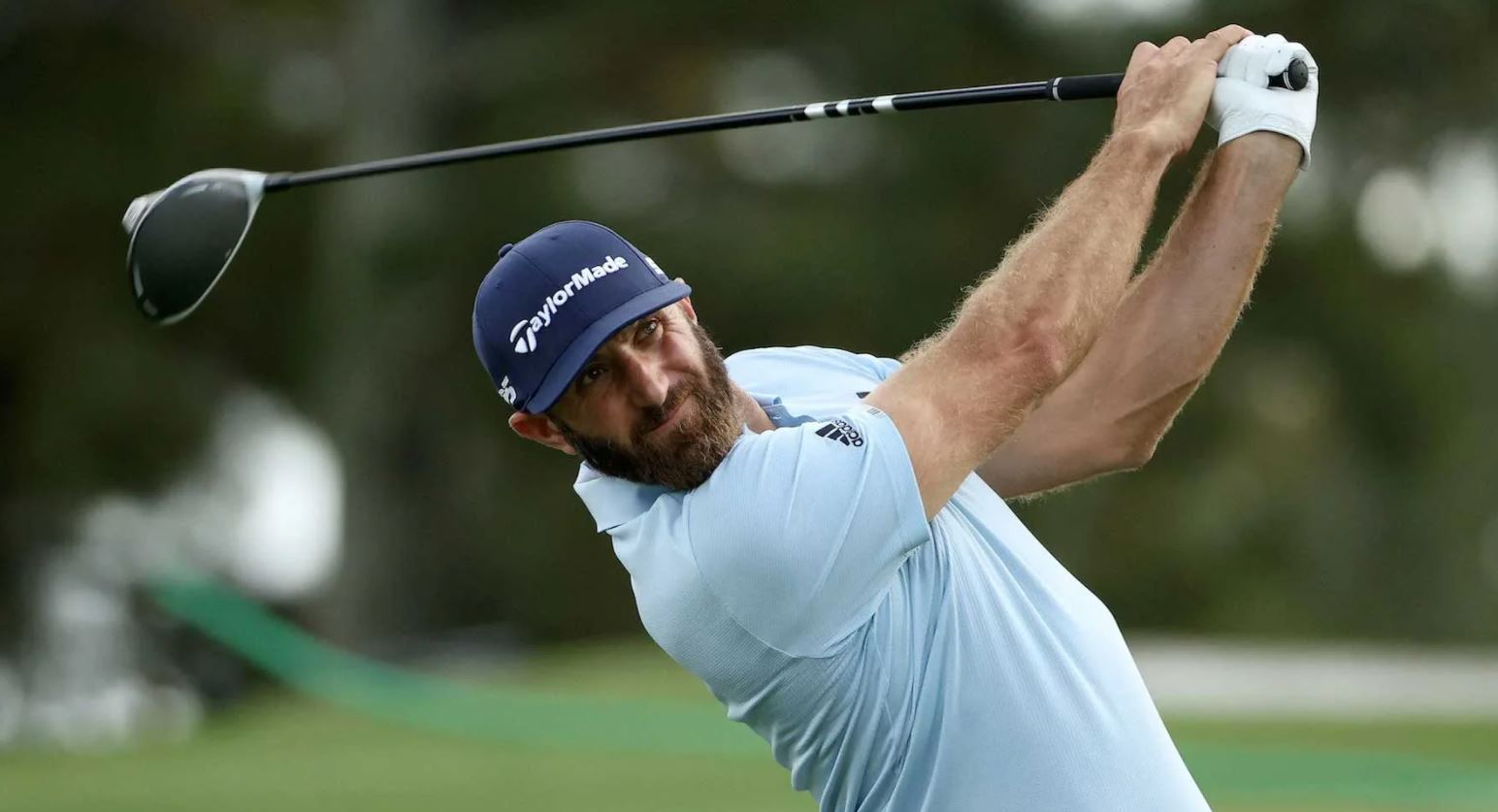 With just one look at the Taylormade Sim drivers you will be able to see one of the new key features.

The sole has an asymmetric shape that is said to generate more inertia. All of the drivers in the Sim line also have 4 degree adjustable hosel sleeves.

The Sim family of drivers has certainly endeared itself more to casual players because it is more forgiving than the M6. But pros have taken to using the standard Sim as well. 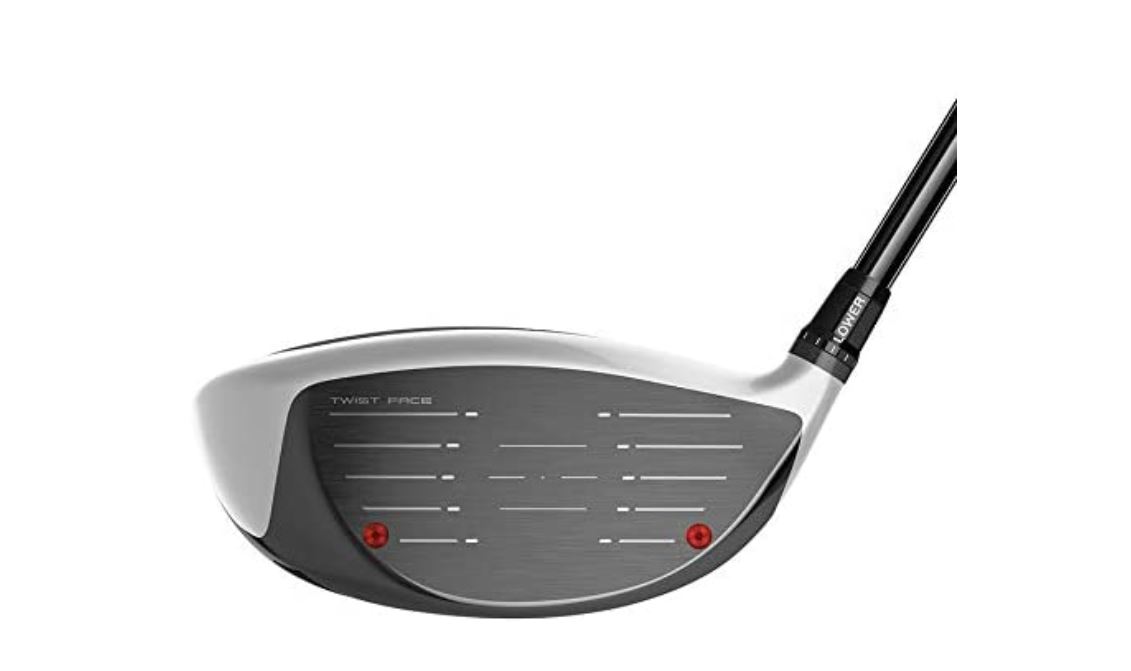 The M6 is the successor to the popular M2 and M5 drivers. The M6 was noted for it’s better spin control. It was also noticeably longer than the M2 although distance was closely comparable between the M6 and M5.

For anyone looking for a driver that feels super satisfying and offers a deep thud on dead-center shots, the M6 would be a great choice. Although the Sim series is more forgiving and maybe even a little longer, the M6 still feels slightly better and it also comes in a draw bias version for the slicers among us. 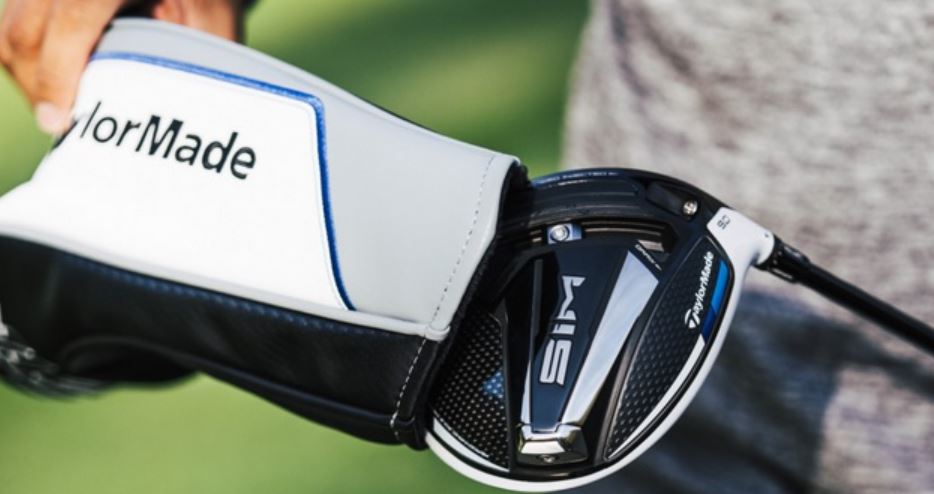 The M6 driver features a very lightweight carbon sole with weighting placed in the rear of the head. It also features Taylormade’s Hammerhead slot which effectively makes the sweet spot bigger.

The Sim drivers feature a slight tweak on the Hammerhead slot. They come with inverted cone technology which works to widen the C.O.R. (Coefficient of Restitution) which makes the sweet spot asymmetrical and once again, expands the sweet spot to cover more of the face.

The club faces of the Sim series is also slightly larger than on the M6 – most notably in the Sim Max D driver. But both the M6 and the Sim drivers feature 460cc heads. 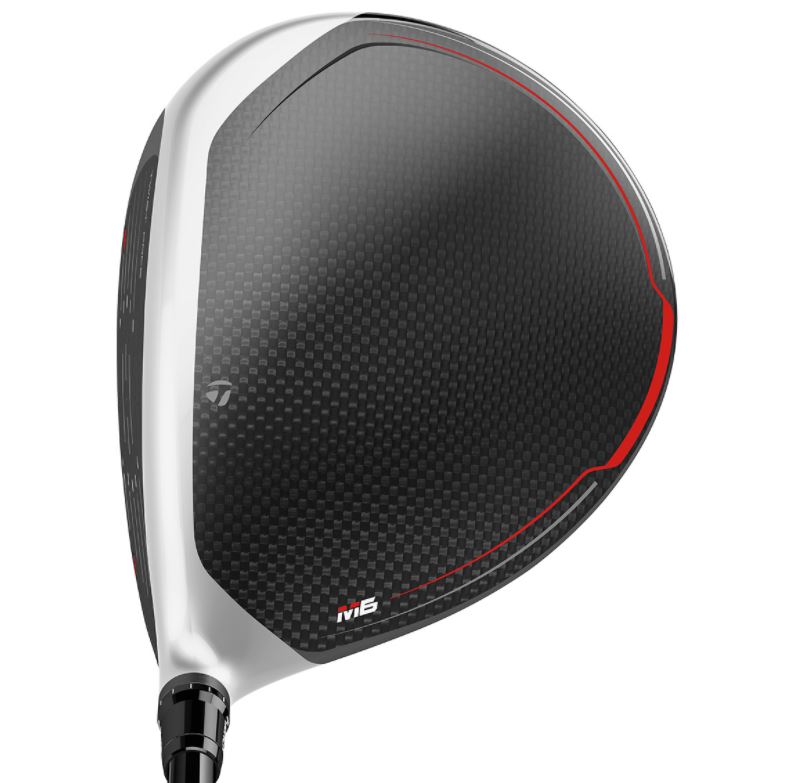 So which driver performed better? Well this is a tough one to compare because it depends on what type of performance you emphasize. The Sim drivers were certainly more forgiving overall. The Sim Max D has a massive face and it was pretty easy for anyone to pick up and rip with.

And frankly, the head shape of the Sim series is weird. But that extra, “fin” we’ll call it for now, allows the weight to be shifted way far back in the head; farther than normal drivers. And the super rear-oriented CG definitely adds to the forgiveness.

The adjustable hosel of the Sim series allows you to move up or down 4 degrees which is very handy when you want to fine tune your launches and even correct draw bias and fade.

Now if you are talking about distance then the comparison gets a little tricky. That’s because both the M6 and Sim drivers were giving us very comparable distances. But on average, we were getting a couple more yards distance with the Sim drivers.

Feel is also nearly a wash between these 2 drivers. The M6 does have a better sound and feel, but only slightly. The Sim drivers have a slightly higher pitched, “tinny” sound.

The Sim’s are newer so naturally, they are going to be more expensive; but not by much.

The drivers in the Sim series will run your about $400 while you can pick up a new M6 for about $350 these days. 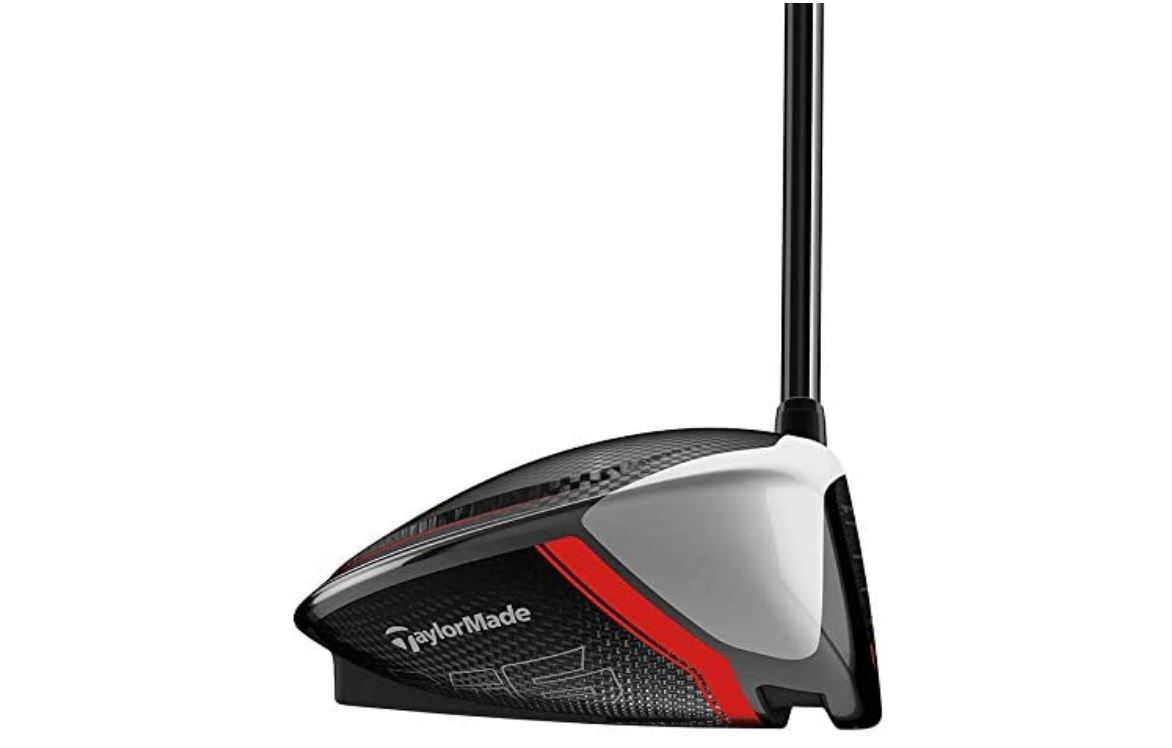 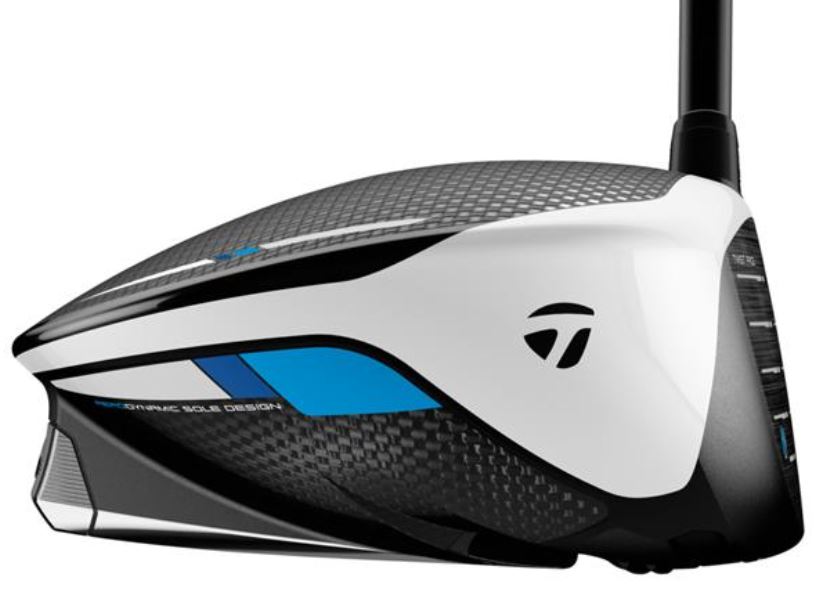 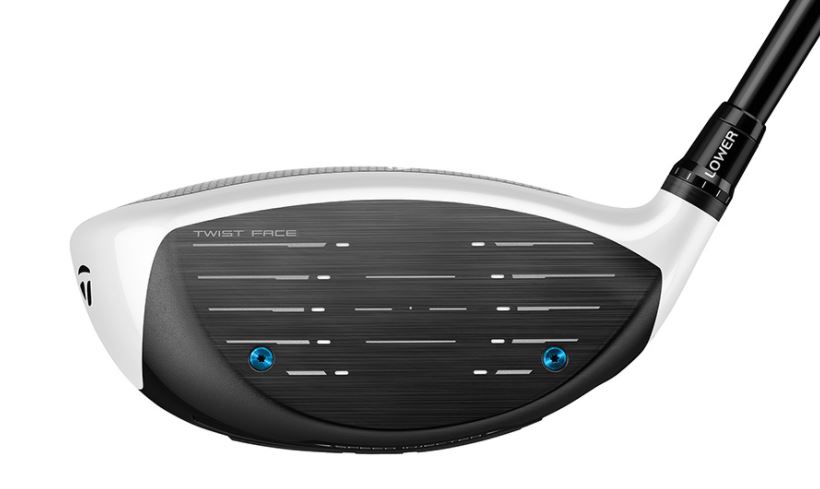 The asymmetrical sole of the Sim series certainly takes some getting used to but it’s worth the adjustment.

It’s a more forgiving and slightly longer driver than the M6. It’s our pick so make sure you check it out for yourself.