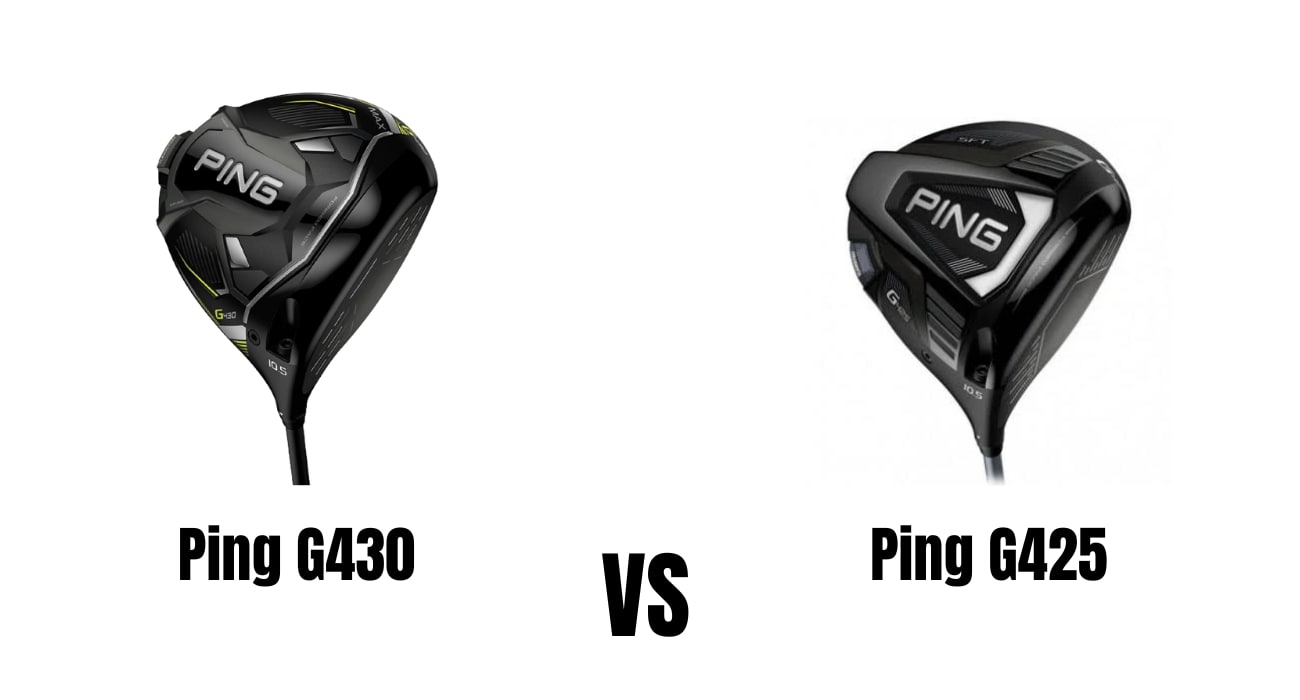 “It’s Ping Vs Ping in this review and comparison of drivers.”

It’s hard to imagine that Ping could improve on the wildly successful Ping G425 driver; but that certainly hasn’t stopped them from trying. 2023 sees Ping upping the ante for game improvement drivers. The Ping G430 Max promises better distance, more forgiveness and improved feel over the G425 driver. Let’s find out if it delivers. 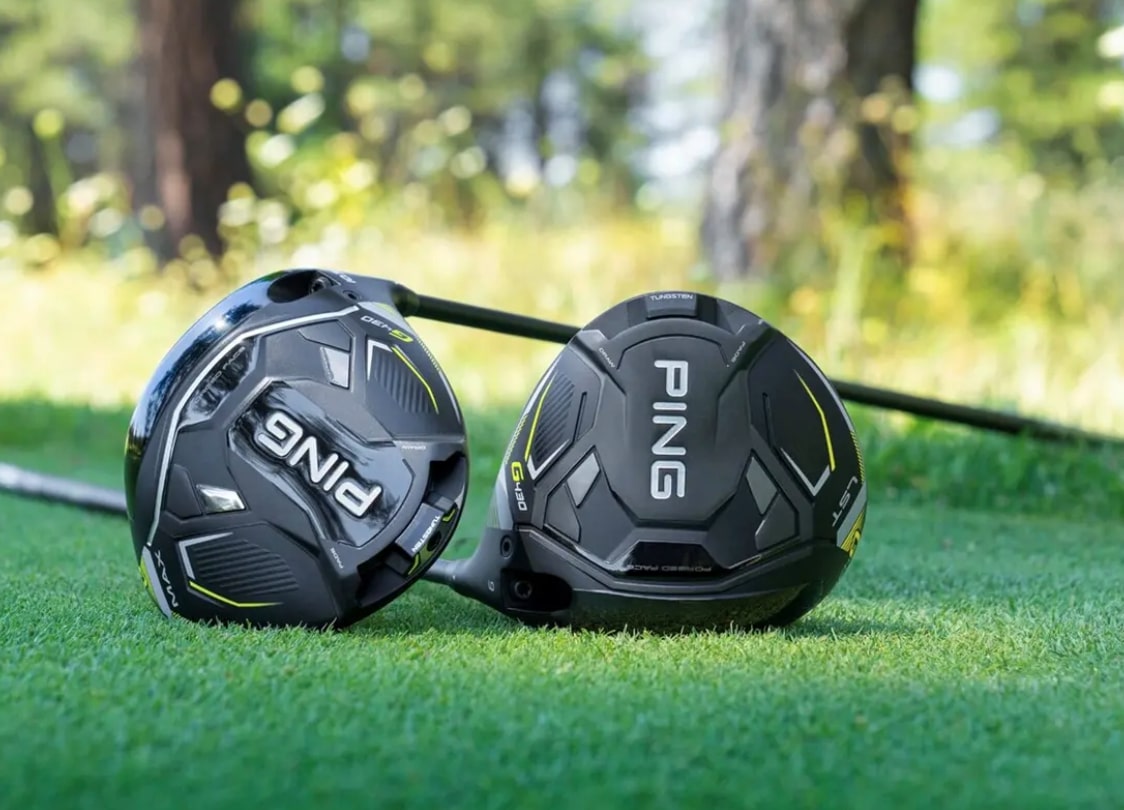 “The difference that discerning players will notice right away is that the Ping G430 driver has a shallower face profile than the G425.”

And this was quite the change to make for Ping. You are essentially gaining more lateral forgiveness and possibly losing some up and down forgiveness. However, the material of the face is still the same: forged titanium alloy.

The face also now features variable thickness milling so that it flexes in more areas away from the sweet spot. The Ping G430 Max driver also features an adjustable weight that can be shifted to draw, neutral and fade positions. The weight is 25 grams compared to the 26 gram weight in the G425 driver. 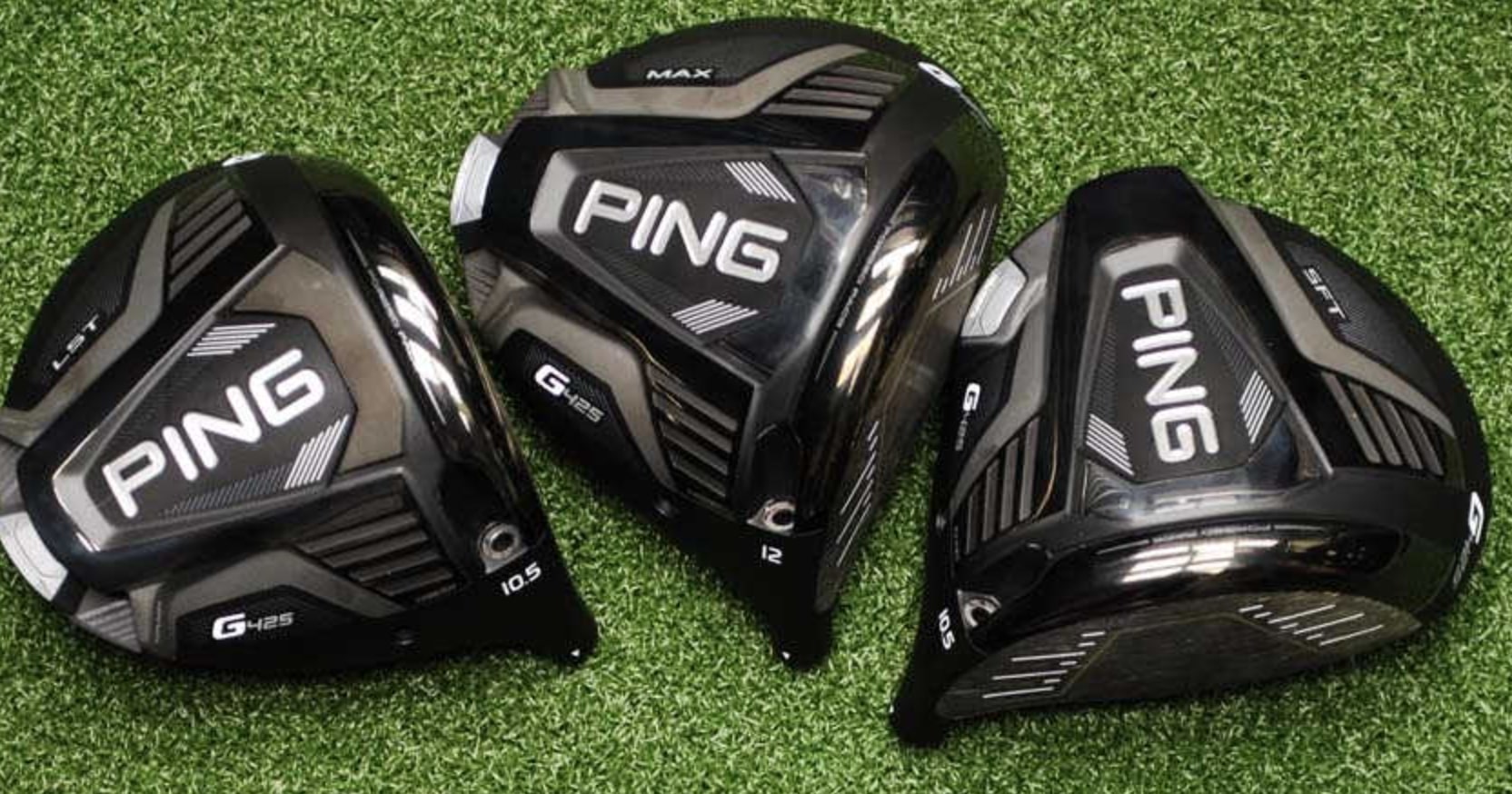 “The Ping G425 Max driver was a hit with beginner and intermediate players when it came out and is still a great option in 2023.”

Ping used a lot of the tried and true technologies that came from the G425 for the new Ping G430 drivers. The shaping of the head has changed though. The G425 driver has a deeper face profile so that vertical mis-hits aren’t punished so harshly.

Ping really wanted to emphasize MOI with the G425 driver as well. It features the internal “Dragonfly” ribbing system to help stiffen up the head. The Ping G425 driver does have a slightly more solid feel than the Ping G430; but it yields higher spin rates.

It’s clear that Ping placed less of an emphasis on low MOI in the design of the Ping G430 driver.

So what you end up with is a driver that produces more distance through lowered spin rates; but one that is less consistent than the Ping G425.

Both models are incredibly forgiving and would be a great choice for any mid to high handicapper. It will just depend on what your game needs more: distance or consistency? 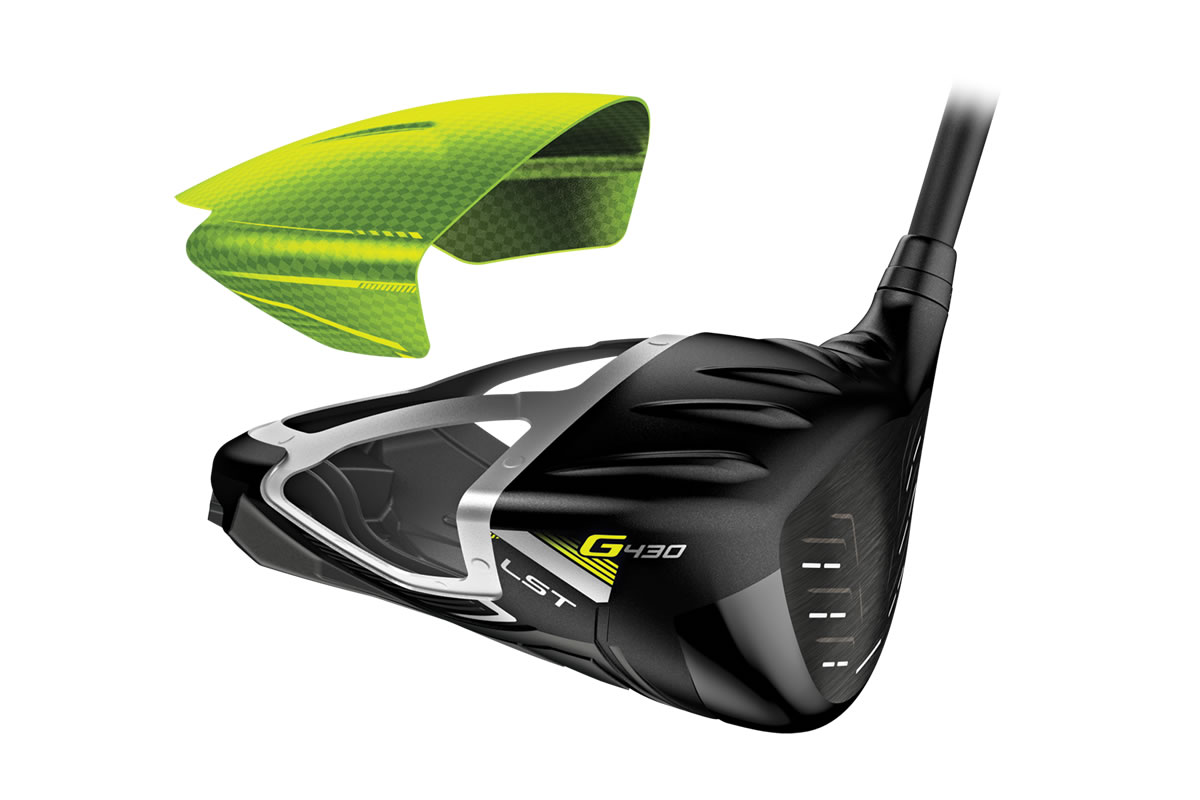 “For the most part, the Ping G430 driver is very similar to its predecessor, the G425.”

The biggest differences are that the rear shifting weight is a gram lighter, the face profile has been altered and the face design has been tweaked. The Ping G430 driver has the equivalent of Taylormade’s Twist Face design. Ping calls it “Spinsistency” and it’s actually a slight curvature on the face that helps to lower spin rates on low-face strikes.

The rear sliding weight is now 25 grams instead of 26 to help make the Ping G430 driver lighter. Like the Ping G425 driver though, the Ping G430 has an adjustable hosel sleeve that allows you to tweak the loft and lie. 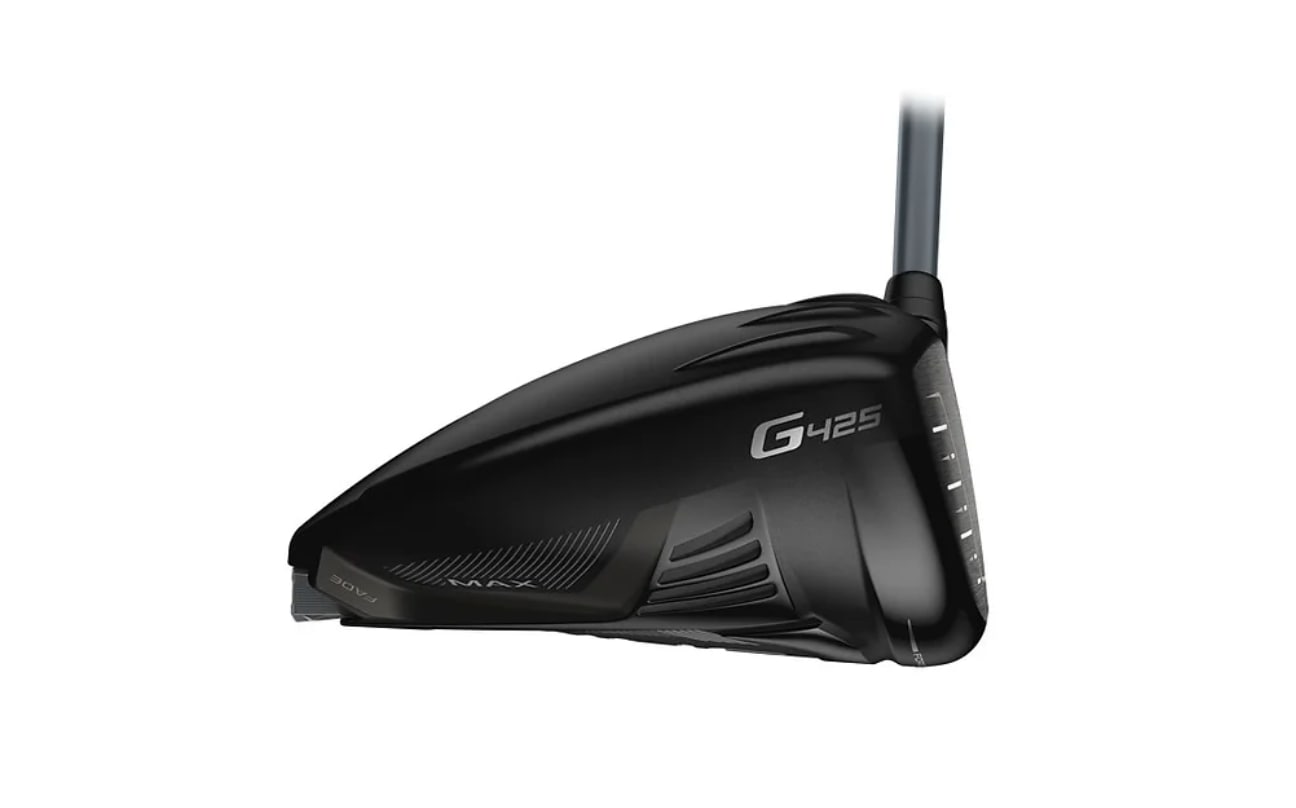 “The Ping G425 has the same forged titanium alloy face material as the Ping G430 driver.”

This gives it a very satisfying feel at impact. The Ping G425 also has a 26 gram sliding weight that can be shifted for draw, fade or neutral bias. The deeper face profile is supported by the titanium internal ribbing system to help it resist twisting.

Another unique feature for the G425 is the “turbulators” that adorn the crown. These are essentially fins that are supposed to help reduce drag on the head. The idea behind this feature is to increase club head speed by lowering wind resistance. 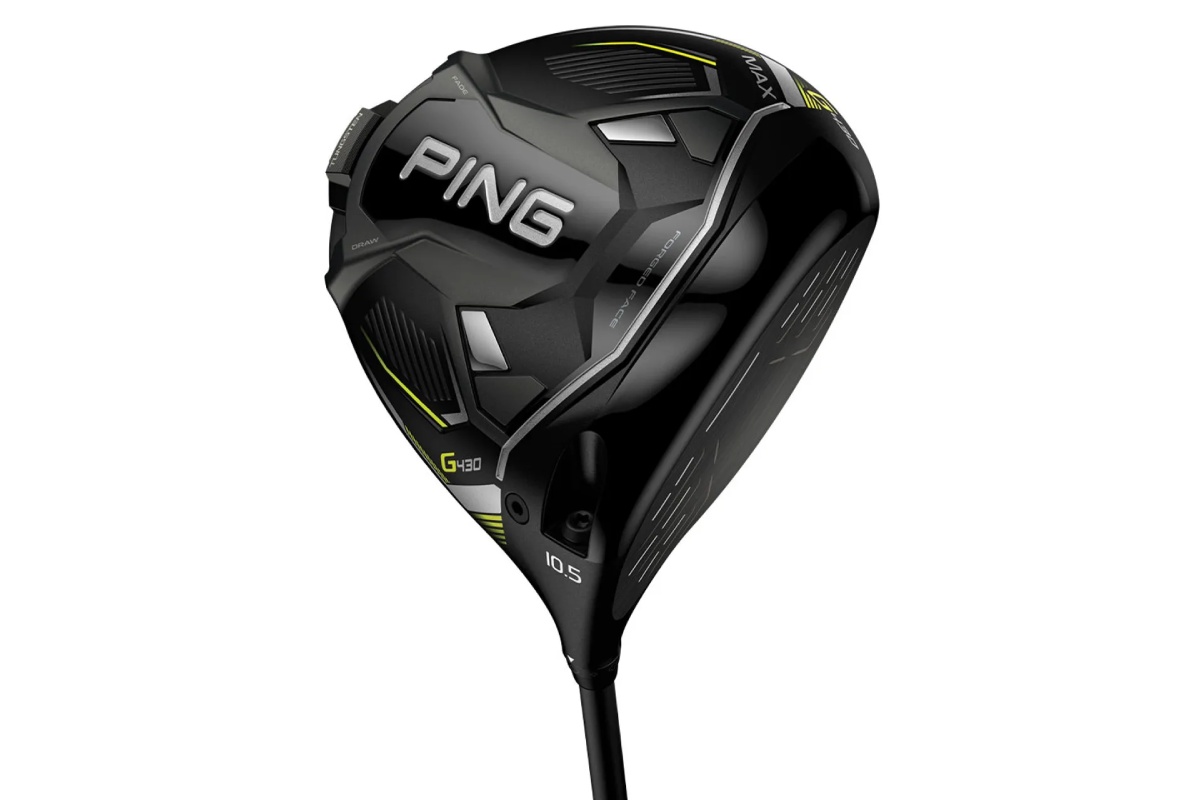 Who Should Buy the Ping G430 Driver?

The Ping G430 driver represents some changes from the G425 design; but not a whole lot.

The main change is the face design. The Ping G430 has been made to be more forgiving than the G425 with the variable face thickness design. So if you are a high handicapper, you would probably fare better with the Ping G430.

Distance was also improved in the Ping G430 driver due mainly to lower side spin rates. Overall, the Ping G430 was really fun to use and resulted in slight distance increases for most of our testers. The yellow accents on the head take a bit of getting used to; but it’s not much of a deterrent considering the distance and forgiveness that this driver offers.

Who Should Buy the Ping G425 Drivers?

If you have your eyes on the Ping G430 driver but don’t want to pay the hefty price, the Ping G425 offers much of the same technology and features.

There hasn’t been a whole lot that has changed from  the Ping G425 so it will still appeal to budget-conscious high handicappers.

It should also be noted that the Ping G425 driver was producing tighter shot dispersion for our testers. So if you want the driver that will be better at producing line drives, the Ping G425 is the driver for you. This is also a great choice for players who tend to produce excessive fade or draw on the ball.