Milled Vs Cast Putters – What’s Better For Your Game?

You are here: Home / Blog / Golf Clubs / Milled Vs Cast Putters – What’s Better For Your Game?

Milled Vs Cast Putters – What’s Better For Your Game? 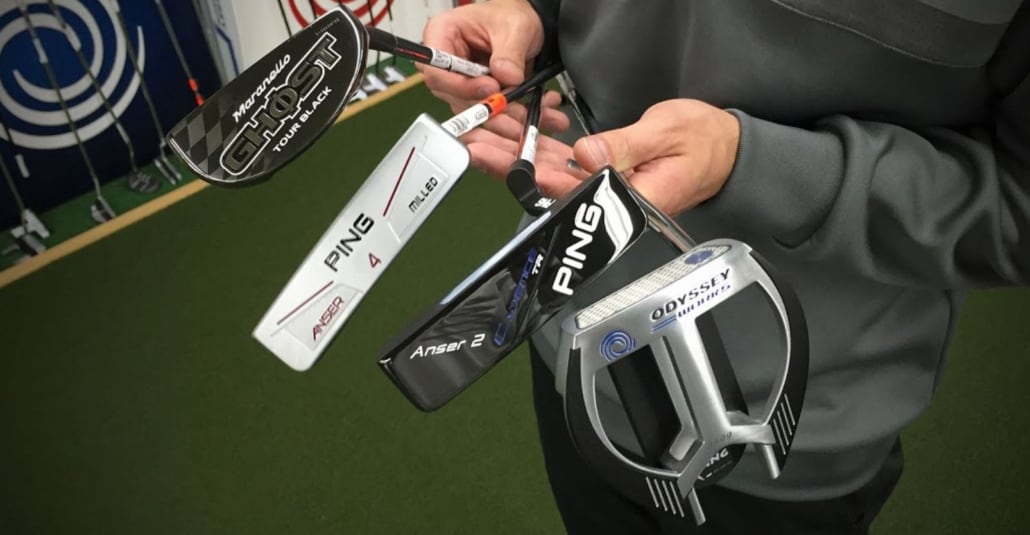 The putter is one of the most underrated clubs in the golfing world. Whilst the driver gets all the accolades as the sexiest club with its technology and how it can make you hit it as far as Bryson, the putter is a humble workhorse, far more responsible for your overall score than the big dog.

We hear words like milled and cast when people are talking about irons but it is important for your putter too. Today we are going to have a look at putters and how they are made. Hopefully I can help you appreciate the craftsmanship that goes into the most used club in your bag.

Cast Putters are made from multiple different pieces slotting together to make the putter while Milled Putters are produced from a single block of metal. Because of this, Milled putters tend to cost a little bit more.

Overview Of Milled Vs Cast Putters

The words milled and cast refer to the way that the putter is made, many of you reading this will know that. The gist of it is that putters can either be made by pouring molten metal into a cast to give it shape, or they can be made by taking a solid block of metal and milling the putter from it.

We will go into it in more detail as we go along but the main differences in milled putters is that they tend to be more expensive, though not always, and are made of a higher quality metal. Milling offers the golfer more feedback, something elite golfers seek. Let’s dig a little deeper.

The Main Benefits Of Milled Putters

Putters are made through a process called computer numerical control (CNC) milling, this is a process that is used to manufacture aeronautical grade parts, it’s a seriously accurate process.

The benefit of this is that it’s repeatable so many putters can be milled very accurately. These putters are most often made of 1018 carbon steel which is very strong but feels very soft when you putt.

This is one of the main benefits, golfers get more feel/feedback from milled putters. Being made from one piece of high-quality metal means helps this feel. This is really what you pay the big bucks for, they will make you a better putter if you practice properly.

The Main Benefits Of Cast Putters

Cast putters are made of multiple parts and this means they can be more versatile. They also have the option of various face-inserts which can manipulate factors such as feel and roll.

One of the key benefits to cast putters is that they tend to have a higher moment of inertia (MOI).

MOI is a measure of how much the putter twists at impact and can have an effect on mishits and often means better overall stability. Another benefit is that they can be mass-produced at smaller cost so are often cheaper, however there are some exceptions to that.

How Do I Know Which Putter Is Best For Me?

Milled putters tend to come in very classic shapes which appeals to many golfers, average and experienced.

Another thing to think about is which one works best for you? To answer that you have to try both styles and, more importantly get a fitting. It is the only way to truly know. 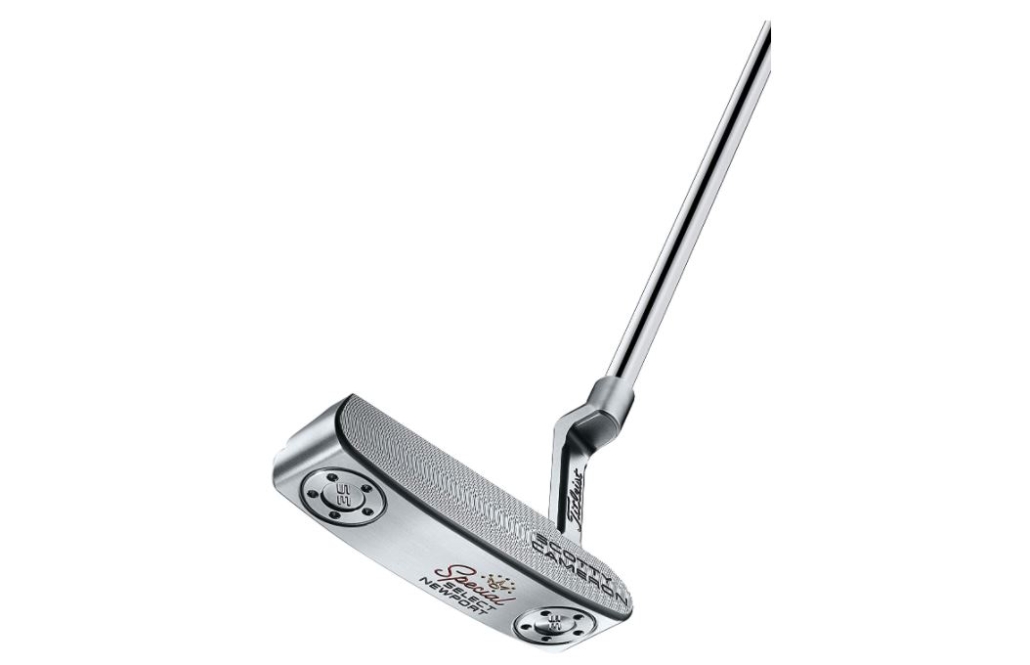 The Newport Special Select is as classic as they come and just a thing of beauty.

This is one of the finest examples of the heel-toe putter on the market. This is the putter that sits proudly in my bag so I had to feature it. This is the style of putter that has been used by Tiger for almost his entire professional career. 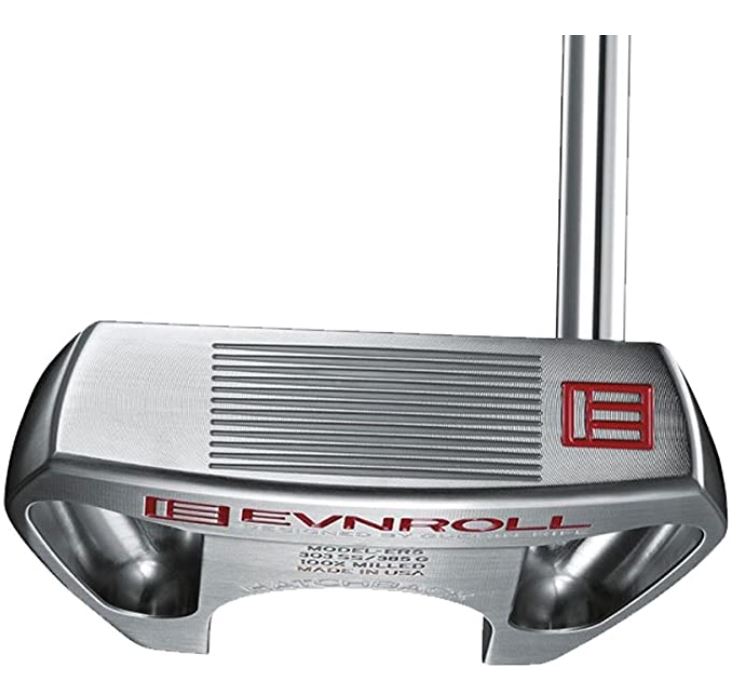 Evnroll are a brand that are increasingly causing a stir on putting greens around the world and for good reason.

The ER5 Hatchback is a beautiful putter with a unique face that make these putters more consistent and forgiving than anything else out there. For those who need a hand with consistency on the greens, this is your weapon of choice. 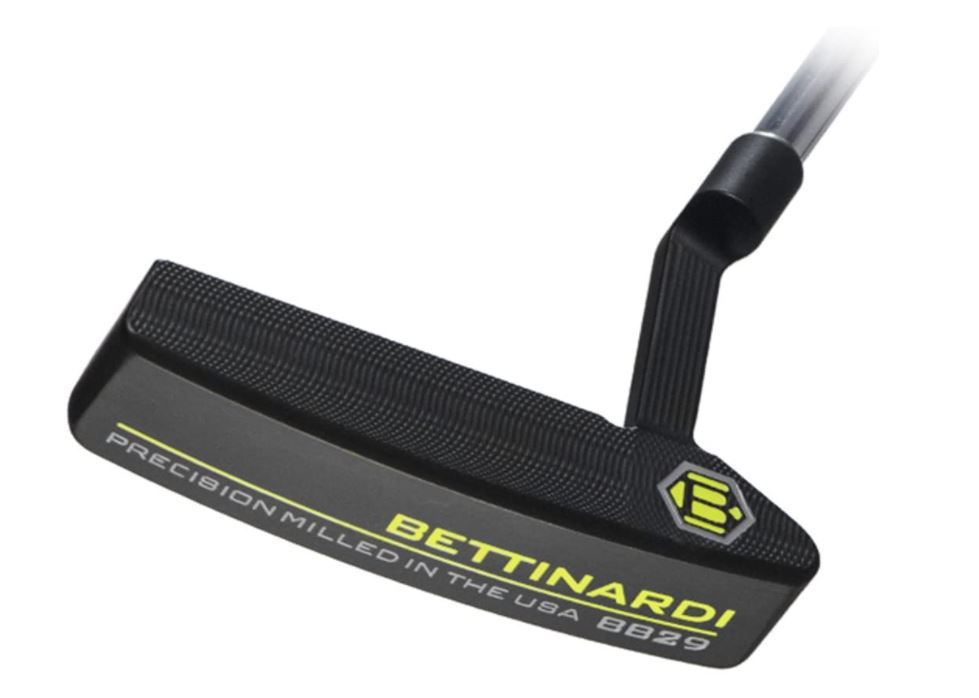 The Bettinardi BB45 is a mallet and the face milling on this putter is exquisite.

If you like a buttery soft feel at impact then this the putter for you, the dark colour also looks fantastic behind the ball. Bettinardi have a range of face milling patterns which are stunning. 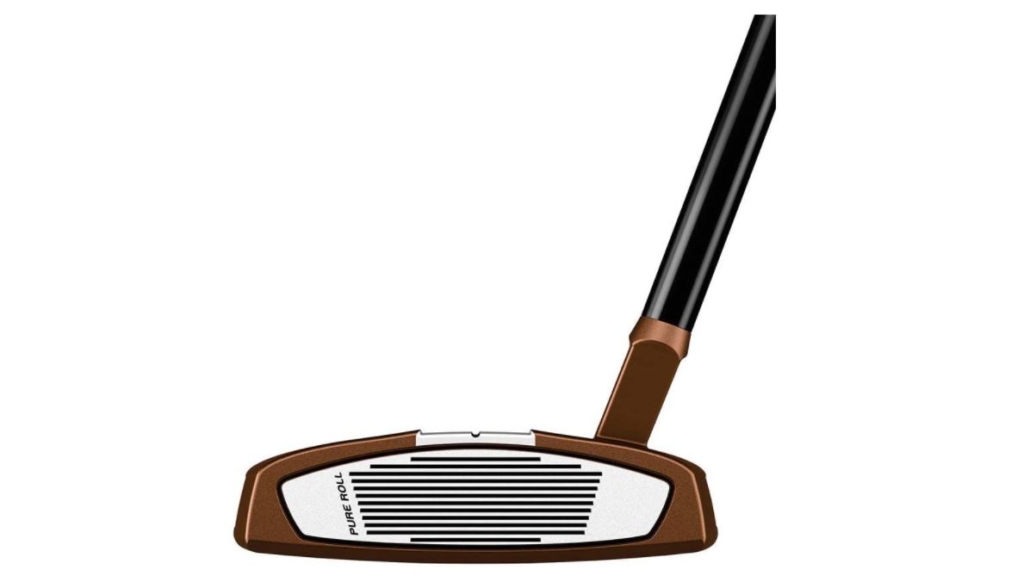 At the time of writing this it is Masters Week and I know that I will be seeing a ton of these putters out there on the glorious greens of Augusta National.

The TaylorMade Spyder is one of the most stable putters on the market and the new copper finish looks delicious! Many have seen an instant improvement in their putting from putting this in their bag. 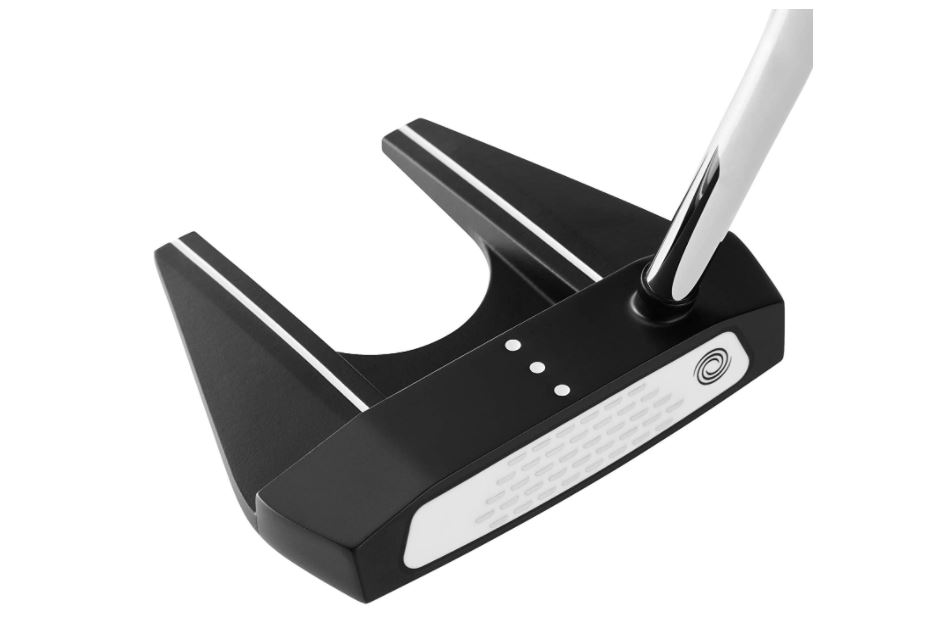 The shape of this putter was made famous by Henrik Stenson as he won the 2016 Open Championship in a duel with Phil Mickelson.

The Odyssey Stroke Lab Seven has a revolutionary face insert that gets the ball rolling better than most, this is a wonderful putter. Let the good times roll. 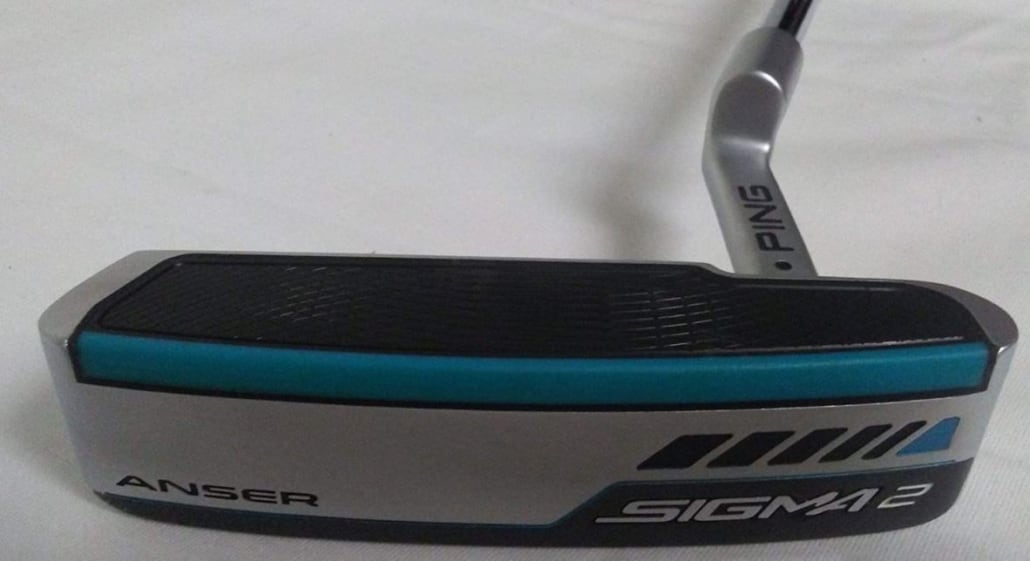 The most successful putter in PGA Tour history, the PING Anser was the first of its kind and is still a fantastic putter.

This most recent iteration has a new face-insert which feels beautiful and the Stealth finish looks great behind the ball. Celebrate a modern take on a true classic of the golfing world.

What’s Better For The Average Golfer?

It is easy to get caught up in the driver arms race these days but I always urge golfers to spend a little more time and money on getting the best putter they can.

A top quality putter is far less than a driver and you will use it a lot more. It is also vital to be fitted for your putter by an expert technician.

The average golfer will probably do best with a cast putter as there are more options for face inserts etc that can help you with whatever your usual stroke issues are. Again, take your time and try a few. If a putter feels goof in your hands then that is a great start.

What do the pros use?

When you’re on tour and have the tour truck to hand, you really can try anything on the market before putting it in your bag.

You can also do this with the best technicians in the game to help you choose. On tour you see so many different types of putter, some use cast and some use milled.

The most common putter on the tour these days are the TaylorMade Spyder X, Odyssey and Scotty Cameron. If the world’s best gain some strokes with a new putter then it will go into the bag. Let’s look at some players and what they use. 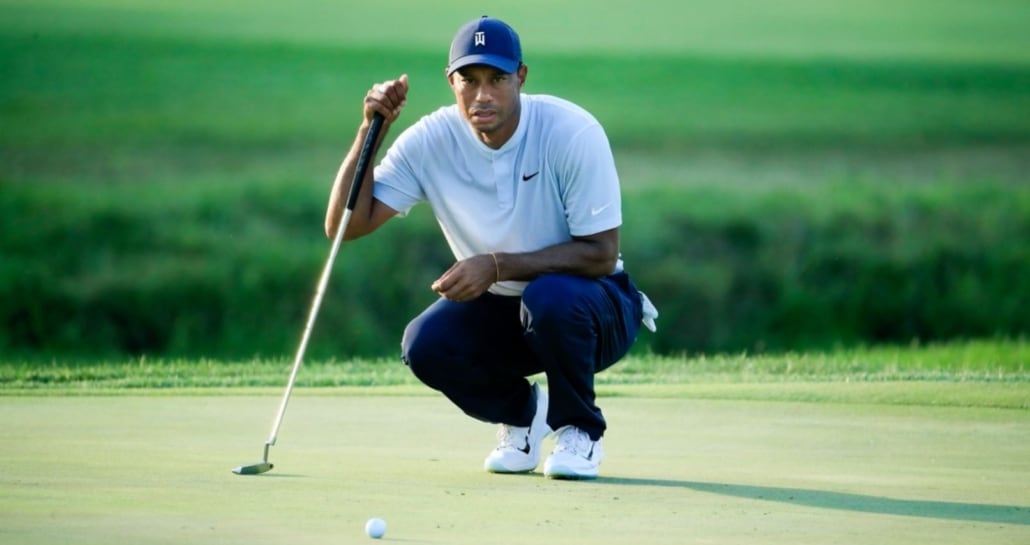 Arguably the best player of all time and a winner of fifteen majors, Tiger has never really changed his putter often. He won the 1997 Masters using the Scotty Cameron Newport T22 Teryllium this was a putter I always dreamed of owning. 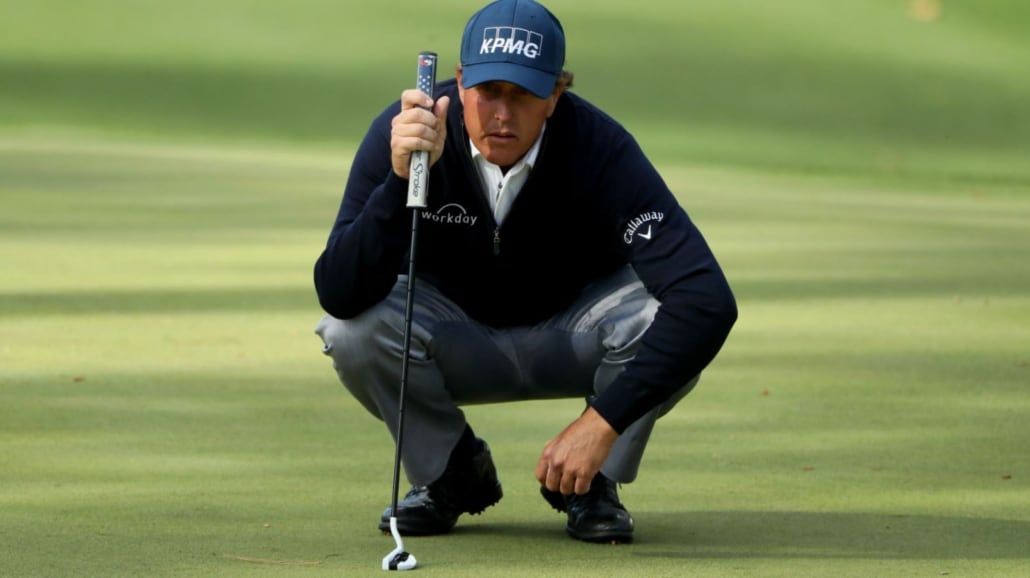 The big lefty has made a career out of creating magic on and around the greens at the most elite level of golf. Unlike Tiger, Phil Mickelson changes putter fairly often and is always looking for something that will give him more of an edge on the greens.

One thing the two great American golfers have in common is their love for the classic putter though.

Mickelson often goes back to the classic blade style putter that was made famous by the like of Ben Crenshaw, based on the Wilson 8802.

This beautiful Odyssey putter has the nickname “The Tiger Slayer”. Mickelson also likes to use the popular fat grips used by many golfers nowadays.

Golf brands pile marketing efforts and funds into drivers more than anything but don’t forget how important the putter is. Spending a little more here can reap big rewards in your game.

Every golfer will find both milled and cast putters that suit their game, the key here is to get a proper fitting. Like buying any club, trying different styles and models will help you hone in on the correct set-up for your stroke. Finally, think about taking some putting lessons as this could help you with the foundations of your technique with your new short-stick.