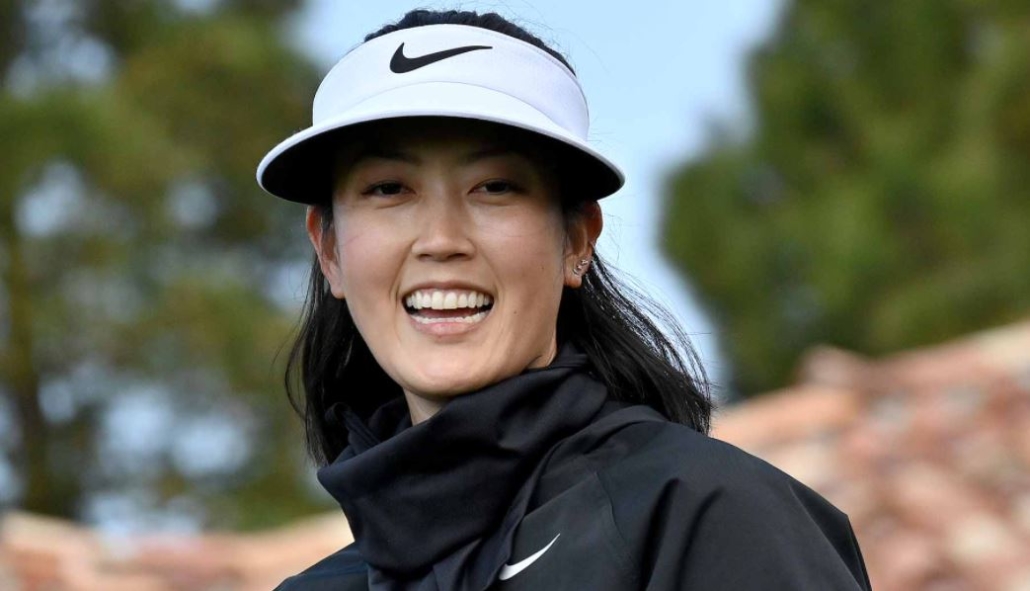 Michelle Wie West is a Hawaiian-born professional golfer of South Korean descent. She became a household name as a teenager when she played in the Sony Open and John Deere Classic.

She turned professional in 2005 and did not compete full-time on the LPGA Tour until 2009.

Since 2009, she has been a regular feature on the LPGA Tour and has claimed five victories, including a major.

Outside of golf, Michelle is a co-investor with Steph Curry in the beverage brand OXIGEN. Plus, she is married to Jonnie West, the Director of Basketball Operations for the Golden State Warriors and the son of basketball legend Jerry West. 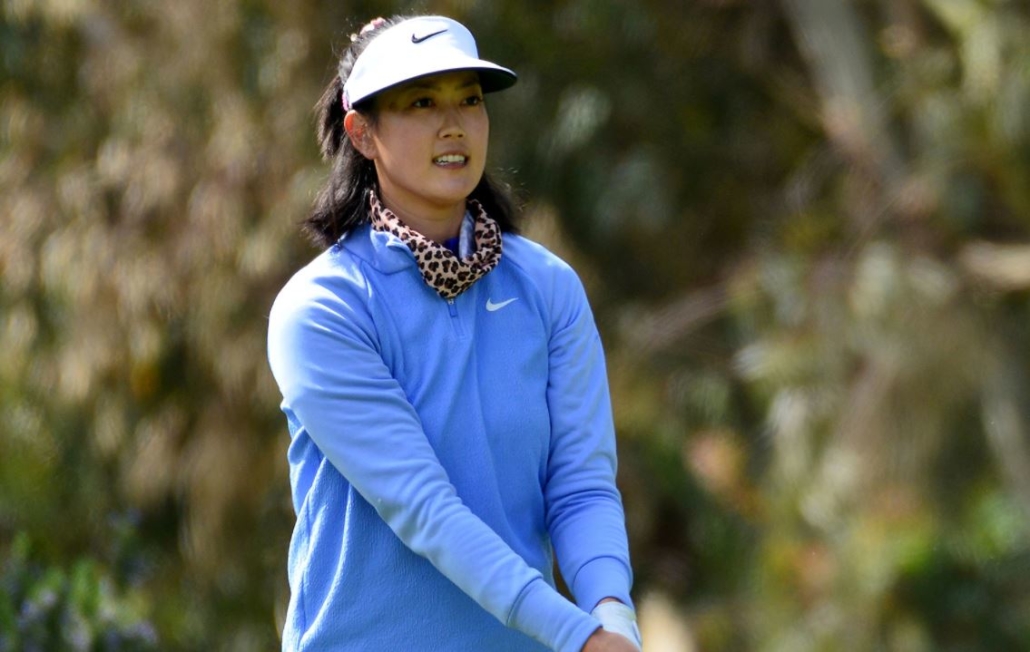 Michelle Wie-West was born in Honolulu on October 11, 1989, and is the only child of Byun-Wook and Bo Wie.

Her father is a former professor of Tourism Industry Management at the University of Hawaii, while her mother has a decorated history. Bo Wie won the 1985 South Korean Women’s Amateur Golf Championship and was featured in a Miss Korea pageant.

Michelle started playing golf at the age of four and excelled rapidly. In 2002, she became the youngest golfer to qualify for the U.S Women’s Amateur Public Links Championship. Allisen Corpuz now holds that record, but Wie managed to progress to the matchplay portion of the event.

In the same year, Wie trumped the field in the Hawaii State Open Women’s Championship by 13-shots.

Her exploits earned her an invitation to the LPGA Kraft Nabisco Championship in 2003, where she carded a third-round for another record. This time, the lowest round for an amateur in a women’s major event.

The records continued for Michelle in 2003, as she bagged the Women’s Amateur Public Links Championship. That made her the youngest golfer of any gender to win an adult USGA tournament. She wasn’t done yet, as later that year, she made the cut at the U.S Women’s Open, making her the youngest to do so.

Her hard work from 2003 paid off the following year, when she earned a sponsors exemption to play in the Sony Open. According to Golf.com, that makes her one of only five women and the youngest to play in a PGA event. She only missed the cut by one shot and beat forty-seven men in the process.

Later in 2004, Wie featured on the American team at the Curtis Cup, making her the youngest to play the event. She wasn’t there to make up the numbers as Team USA won 10 to 8, with Wie bagging two points.

In 2005, Michelle received another sponsor’s exemption to the Hawaii Open and the John Deere Classic. Plus, she played in five LPGA Tour events. In October 2005, at the age of fifteen, she turned professional.

At the same time, she signed endorsement deals with Nike and Sony. ESPN reported that the agreement with Nike was approximately $4-million to $5-million per year.

In 2007, Wie completed her high school education at Punahou School in Honolulu. She decided to follow in the footsteps of her grandfather, aunt, and uncle and study at Stanford University. Since she had already turned professional, Michelle was ineligible to compete for the golf team and instead played in LPGA events.

At the end of 2008, Michelle earned her tour card when she finished tied for 7th at the LPGA Qualifying Tournament in Daytona. Since joining the LPGA Tour, Wie has claimed 59 top-ten finishes, including five victories. Her greatest triumph was the 2014 Women’s U.S Open, where she clinched a two-shot win over Stacy Lewis.

Outside of her golf career, Michelle is married to Jonnie West, the son of Lakers legend Jerry. Wie and West have a child together, Makenna Kamalei Yoona. Makenna was born on June 20, 2020, shortly after the start of the global COVID-19 pandemic.

Wie is also a co-investor of oxygenated water brand OXIGEN. Along with Golden State Warriors star Steph Curry. No reports disclose her stake in the company.

What’s Her Net Worth? Where Did It Come From? 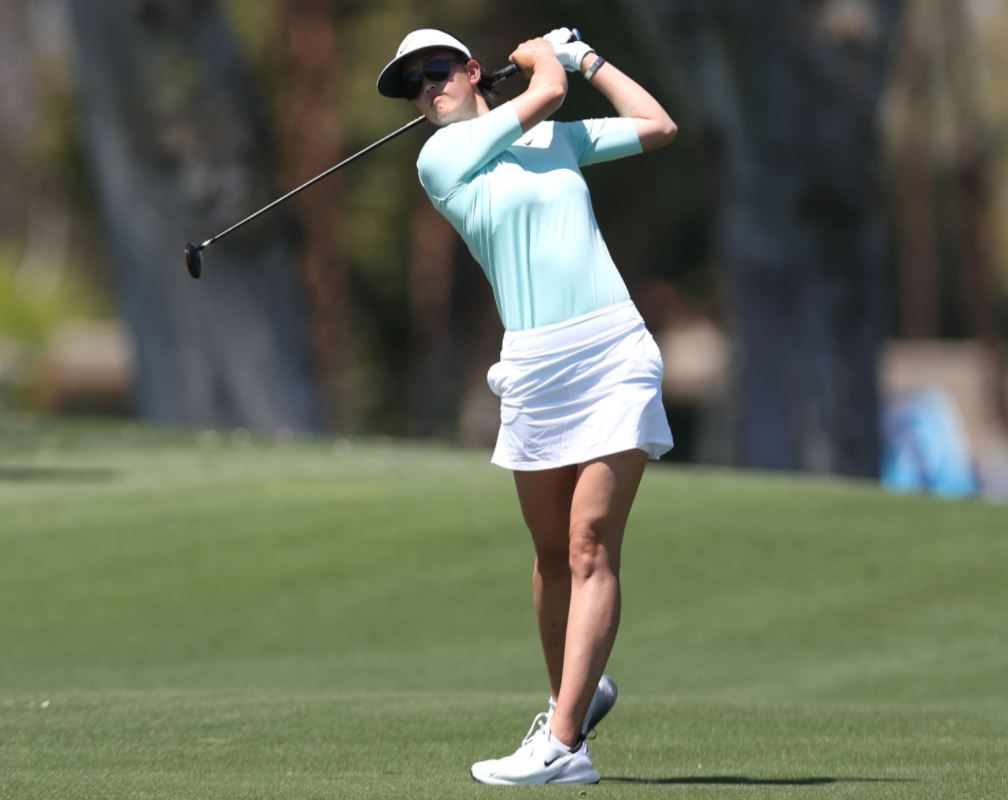 There is no credible information that details Wie’s net worth. However, there is information disclosing her endorsement deals and lifetime earnings.

When Wie signed her first endorsement with Nike, ESPN reported it to be worth $4-$5-million per year. Plus, she signed a multimillion-dollar deal with Sony.

In addition, Michelle has notched up $6,825,282 of tournament earnings in her lifetime on the LPGA tour.

Most of her income comes from her tournament earnings and endorsement deals.

Michelle Wie Husband – Who Is He?

Jonnie is the son of Los Angeles Lakers legend Jerry and the Director of Basketball Operations at the Golden State Warriors.

West has found it challenging to break out of the shadow of his father’s success but is making a name for himself at the Warriors. 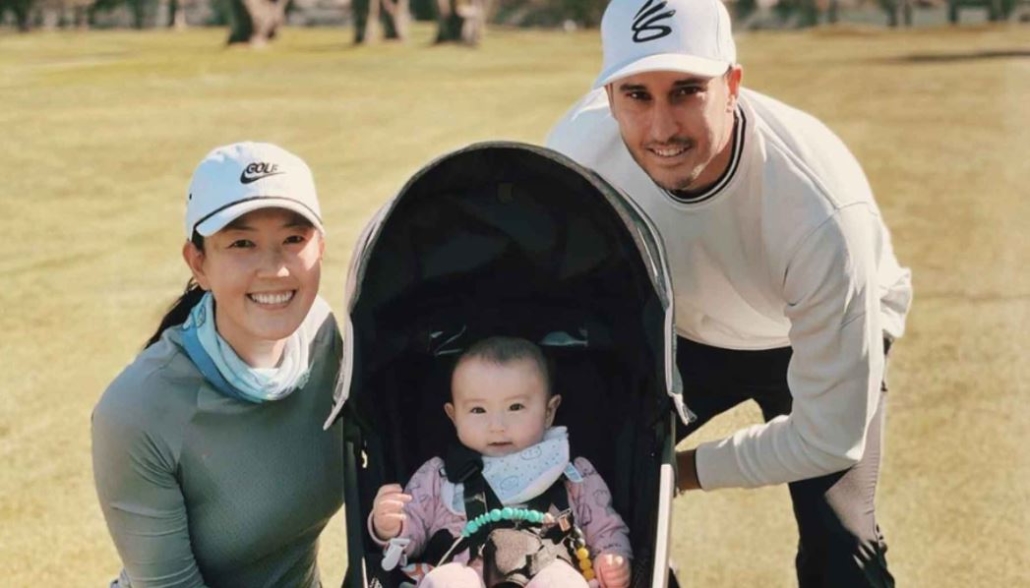 There is limited information regarding Jonnie West’s income or net worth.

However, he and Michelle did purchase a home in San Francisco for $3-million in 2019.

How Did They Meet?

Another golfer had a hand in connecting Wie and West. That player is none other than Justin Thomas.

JT and Michelle forged a friendship while the two were living in Florida, and while he is not as close with West. Jonnie and Michelle asked Thomas about each other, and he decided to play matchmaker.

The wedding went off in Los Angeles and featured a star-studded guest list and smart casual attire.

Several LPGA and Golden State Warriors stars were in attendance.

What Do We Know About Her Baby

So far, she is the only child of Wie and West, but Michelle plans to give Makenna siblings that she never had.

Does She Speak Korean

She was born with dual America-Korean citizenship but renounced her Korean national status in February 2013.

Where Did Michelle Wie go to college? 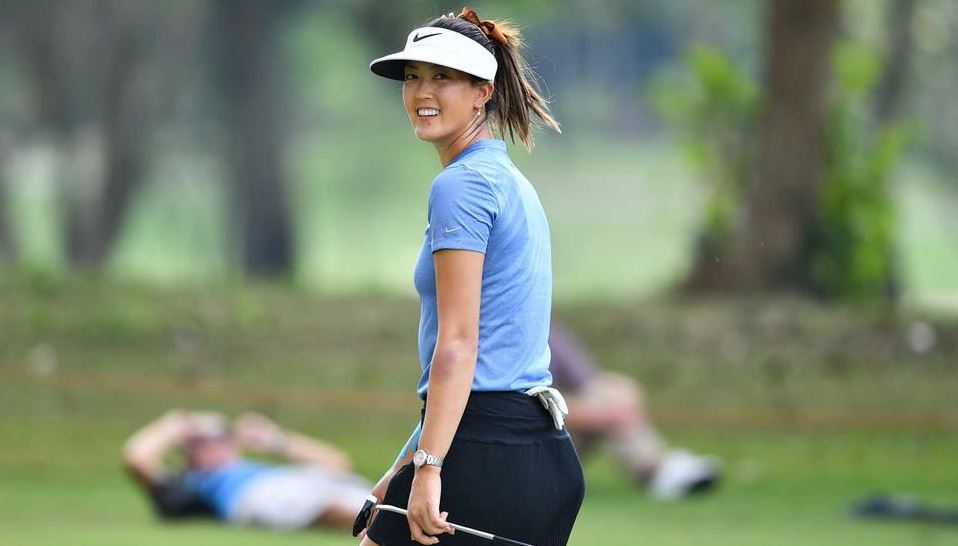 Michelle followed in the footsteps of her grandfather, uncle, and aunt and attended Stanford University. She decided to study communications and graduated with a degree in communications in March 2012.

Since she had opted to turn professional at 16, Michelle waived her eligibility for NCAA golf. As a result, she could not compete for Stanford in NCAA events. That lead to her focusing her time on her studies and playing in LPGA Tour events on a sponsors exemption.

Although Michelle has not enjoyed the success as a Pro that she did as an amateur, she is still an exceptional golfer.

Her talents have seen her earn over $6-million in her LPGA career. She has finished in the top ten on fifty-nine occasions, including five wins.

Arguably, her greatest win came in 2014 at the U.S Women’s Open. It was her first and only win in a Major event to date.

Yes, Michelle is still on the LPGA tour.

She last played in the 2021 KPMG Women’s PGA Championship and is set to compete at the 2022 edition of the Tournament of Champions.

After returning from maternity break, Wie-West only featured in six LPGA events in 2021, she missed four cuts and failed to break through the top 40-mark.

With that behind her, she is scheduled to tee off in the 2022 Hilton Grand Vacations Tournament of Champions.

Her motive this year is to recover her form and start challenging the leaderboard. 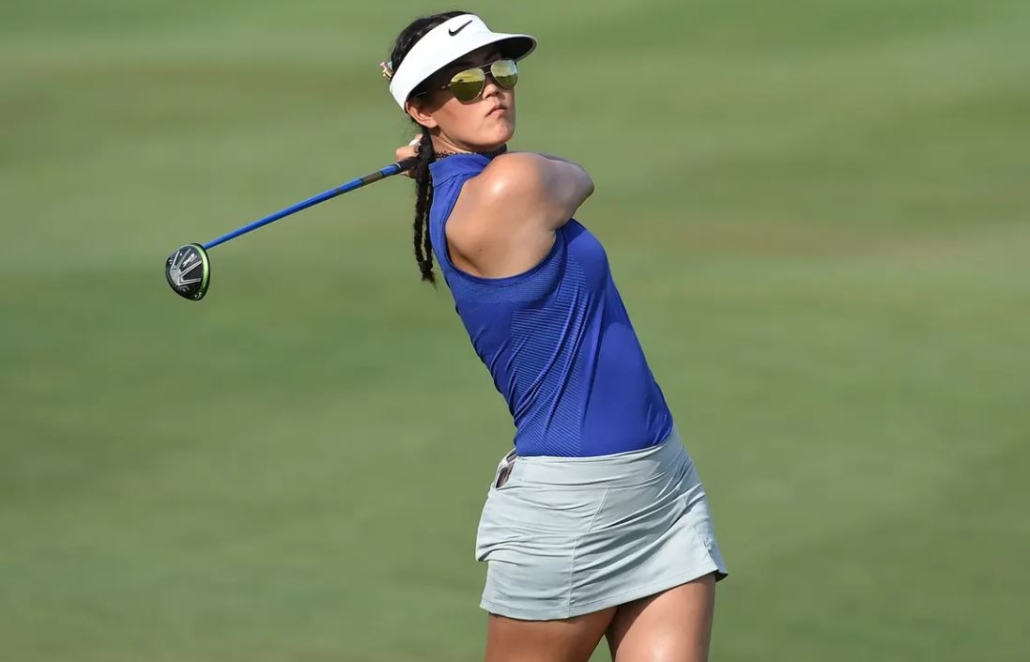 Michelle Wie came into our lives as a teenager, taking on the PGA tours best. Two decades on, she remains relevant in golfing circles.

Although she has not performed to her previous best in recent years, she is taking time to adapt to being a mother.

Many feel she has not lived up to the hype as a professional, but she has still earned over $6 million on the LPGA Tour.

She is set to make her first appearance in 2022 at the Tournament of Champions, and it will provide a good gauge for where she is at in her preparations.

If you enjoy learning about professional golfers and celebrities, check out our review of Cheyenne Woods and Blair O’Neal.

Signs Your Iron Shafts Are Too Light Or Weak & How To Fix It?
Scroll to top