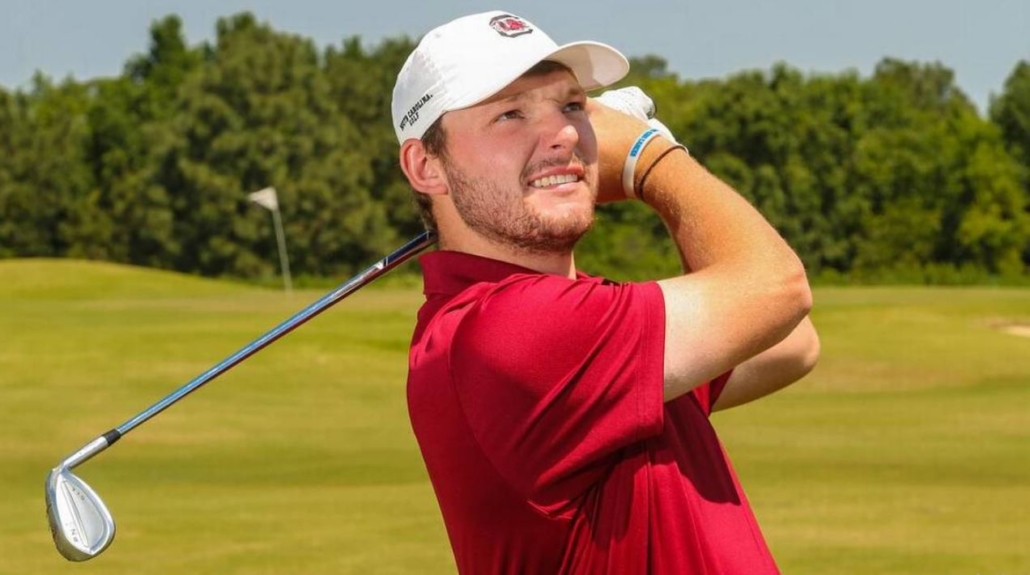 While Matthew Nesmith may not have a long list of tournament wins under his belt, his performance as of late has a lot of people wondering who this young upstart is.

So far in the 2022 season, Nestmith has finished within the top 5 in two tournaments including the Zurich Classic of New Orleans and the Valspar Championship.

He has been hanging around on the fringes of the upper echelon on the PGA Tour which is why a lot of people are starting to get familiar with his name. But who exactly is Matthew Nesmith?

Matthew Nesmith is a 28 year-old professional golfer who has yet to claim a Major victory. However, his recent performance has been valiant which has a lot of experts and casual golf fans alike anticipating that he will break through very soon.

So it would be a great idea to get to know him now while he is still relatively under the radar. Read on to find out more about this rising star.

Intro to Matthew Nesmith – Who is He? 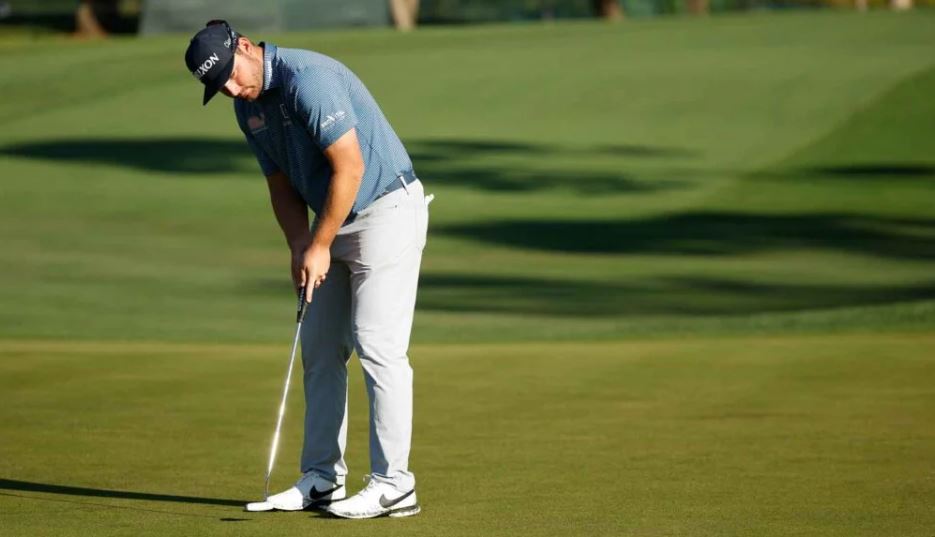 Matthew Nesmith isn’t exactly a household name as of yet. However, he has been putting forth some strong efforts on the tour.

But who is he really? While he does a good job of keeping a low-profile, we do know that he regularly works with Curing Kids Cancer, a charity organization that helps children who have been diagnosed with cancer.

It’s clear that he has a sensitive and romantic side. He proposed to his wife Abigail on the 18th hole of the Harbor Town Golf Links course and the two have been married ever since. In fact, it may have been Abigail who inspired him to work with charitable organizations as she actually worked for Curing Kids Cancer as well.

While he was a child, he first received golf tutelage from his father Darren. Later, he would get formal training from legend Jackie Seawell. Nesmith has mentioned that he would like to be a golf coach at some point in his career.

It was at the University of South Carolina that he met his current wife Abigail who was on the school’s equestrian team.

While his official net worth has not been released, it is estimated that he is worth around $2 million. This is based on his total career earnings on the PGA and Korn Ferry Tour which come out to just over $3.5 million.

As of now, most of his money comes from competing on tour. However, he is also a sponsored player and brand ambassador for companies like Srixon Golf, Wilson Cadillac and ProVitasol.

What Are His Career Earnings

So far in his career, Matthew Nesmith has competed on both the Korn Ferry and PGA Tour. On the Korn Ferry Tour, he won the Albertsons Boise Open in 2019 which netted him roughly $180,000.

He has finished in the money at a small handful of PGA Tour events as well and it is estimated that his total career earnings so far is just above $3.5 million.

As of the time of this writing, Matthew Nesmith has not won any Major’s Tournaments. One of his closest efforts came earlier in 2022 when he finished tied for 37th at the US Open. However, he has failed to make the cut at both the Master’s and PGA Championship tournaments for the last 3 years. 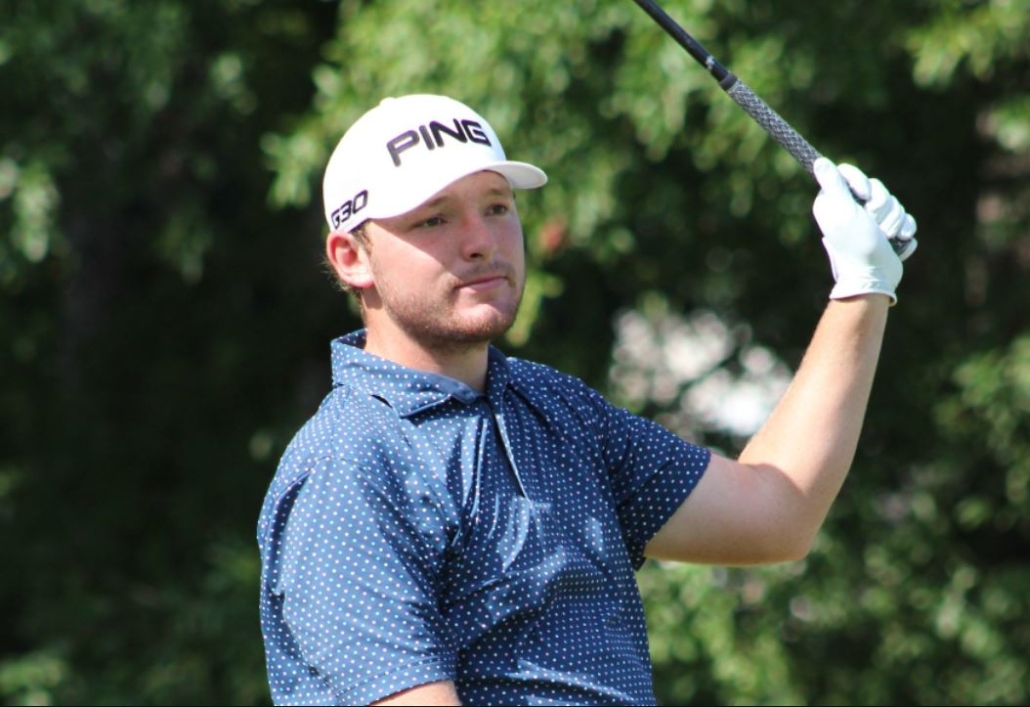 Who is His Wife?

Matthew Nesmith is married to a woman named Abigail Pait. The couple got married on November 4th 2020 in Augusta The two presumably met when they were both attending the University of South Carolina. Abigail was an athlete as well and played for the school’s equestrian team.

She is also involved with charity organizations and worked for Curing Kids Cancer at one point in her career. She appears to be a good match for the magnanimous spirit of Matthew Nesmith who has also devoted volunteer time to organizations that build bikes for kids on Christmas.   The two have been spotted together at multiple charity events hosted by the Curing Kids Cancer organization.

Matthew Nesmith has only shared brief glimpses of his house on his social media outlets. However, we do know that he lives in Aiken, South Carolina with his wife Abigail.

What’s in the Bag?

Nesmith has used a variety of clubs over his career. Currently he prefers Cleveland Ripcore RTX wedges, Srixon ZX7 driver and Srixon Z-Forged irons. Not surprising as he is sponsored by Srixon. He uses an Odyssey white hot putter and Srixon ZX7 fairway woods. 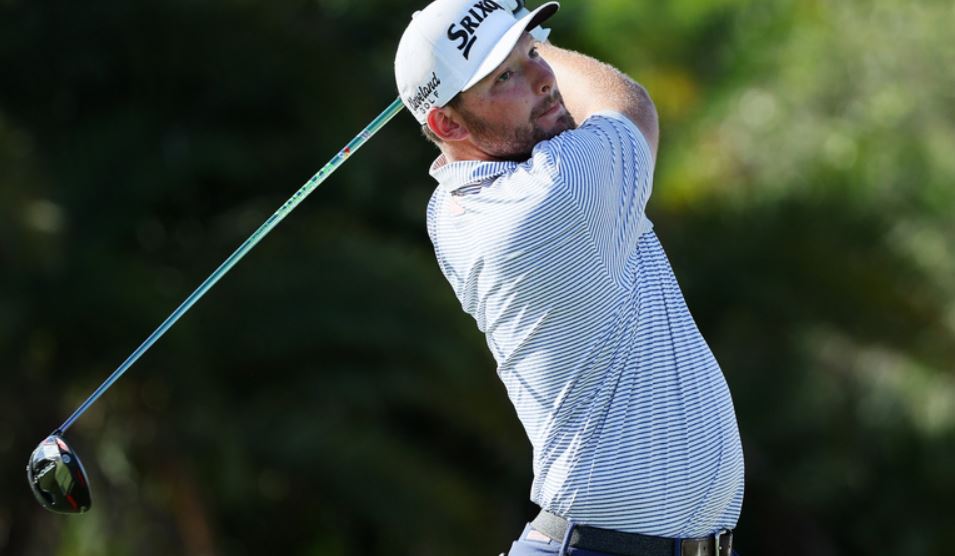 Nesmith had a great collegiate golf career and a stellar junior career. He has struggled to make the cut on Tour quite a bit lately; but if his past success is any indication of his future, we will surely be hearing his name a lot more in the coming seasons.

He keeps a fairly low profile but his winning smile has always attracted fans to him. He is also very charitable with his time and it’s clear that it’s very important to give back to people who need help. We will surely be keeping a close eye on his promising career.