Jon Rahm Net Worth 2021 – A Closer Look At ‘Rahmbos’ Earnings

Jon Rahm Net Worth 2021 – A Closer Look At ‘Rahmbos’ Earnings 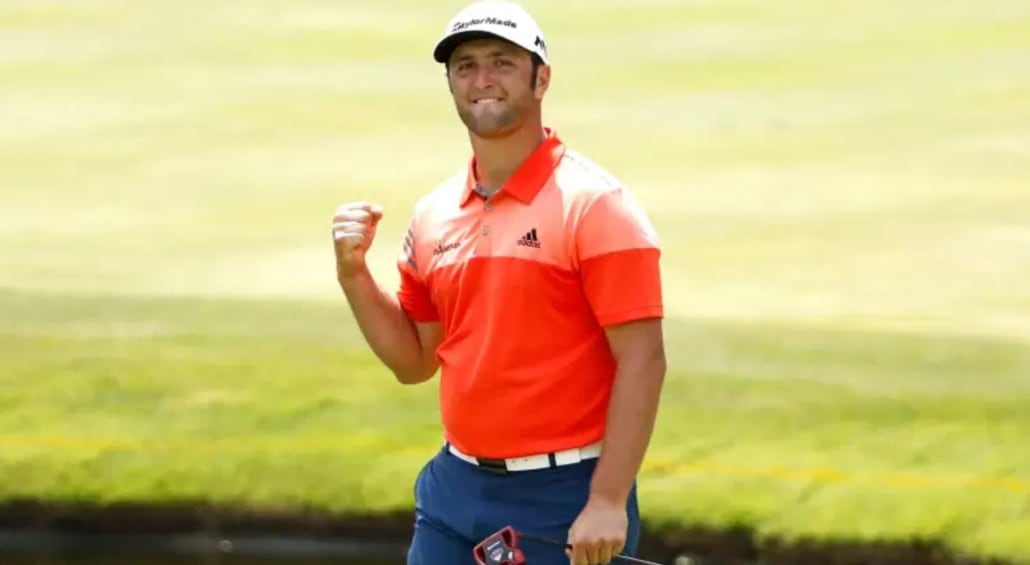 The lockdown has been good for world number 1 professional golfer Jon ‘Rahmbo’ Rahm as he has etched 2 of his 5 PGA tournament wins since July of 2020 and taking his total to 12 career professional wins, increasing his world ranking to number 1 and ensuring a good increase in his net worth this year.

Jon Rahm became only the second Spanish golfer in history behind Seve Ballesteros to become the number 1 ranked golfer in the world and in doing he amassed a personal Net worth of close to $30 million. $22 million of his net worth is coming from PGA tournament winnings and he has made an additional $8 in European tour wins, sponsorships and tv appearances as he is coming in as number 2 on the list of 2021 earners behind Justin Thomas.

Since turning professional in 2016, Rahm has made over $1 million in PGA Tour earnings each year as we can see from the table below.

A very lucrative last couple of years but let’s see he stacks up against his fellow competitors:

Coming in at very respectable 5th over the last 5 years against some solid competitors and we are surely going to see him climbing this list in 2021 with the hot streak of form he hast taken out of the lockdown.

Rahm turned pro in 2016 and has had a major tournament win in each year since then, including 2 in 2020 so far to give him a worthy 5 PGA tour wins alongside 6 European Tour wins in a short career to date as follows:

We can see a career that is gaining momentum quickly with Rahm and he has sunk some big putts to go 2 – 0 in playoff wins in his career to date including a 60ft eagle putt to snatch the Farmers insurance open in 2017.

The big question with Rahm now is whether or not he can become the greatest Spanish player of all time but he does have a considerable gap to close on Sergio Ballesteros to turn those dreams and ambitions into reality. 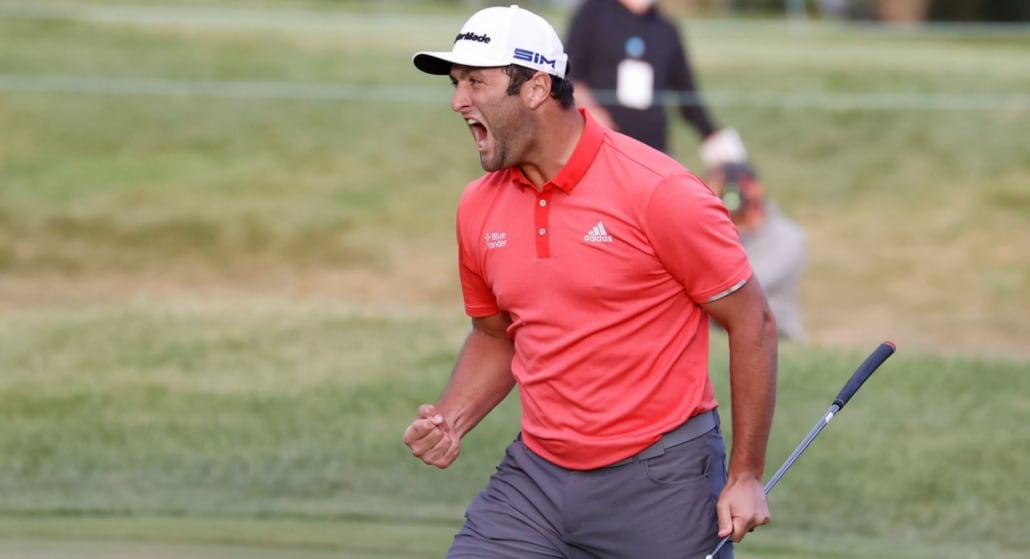 Jon Rahm as you probably know was born in Spain. Barrika, Spain, in the Basque country to be exact as a massive Athletic Bilbao soccer fan, but he still found his way to America where he completed an arts degree at the university of Arizona.

Jon was almost always going to turn pro at golf after holding the record of number 1 amateur golfer in the world for 60 weeks which is an unmatched record and his 11 tournament college wins puts him second in history behind the loveable Phil Mickleson who won 16.

An interesting fact about Jon is that he found English difficult to understand upon moving to the states and his love of Rap music allowed him to pick up the language a lot more quickly and he cites Eminem and Kendrick Lamar as his favourites. 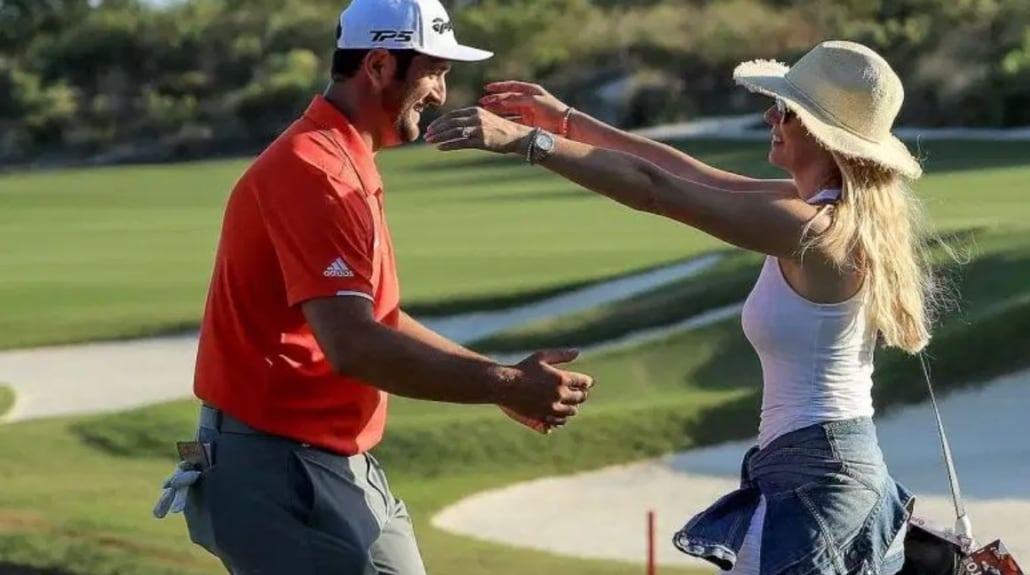 Jon Rahm met his current wife at college where they both attended Arizona State college, fell in love while living together for 2 years and went on to be married in December of 2021 in Rahm’s home country of Spain.

Kelley is a sporty type herself, competing in Javelin at college and also trying her hand at tennis and boxing for fitness.

The Instagram star is never shy of flaunting her curvy figure to her loyal following although her account is private and you will have to add yourself in order to check it out, but here is a quick preview. 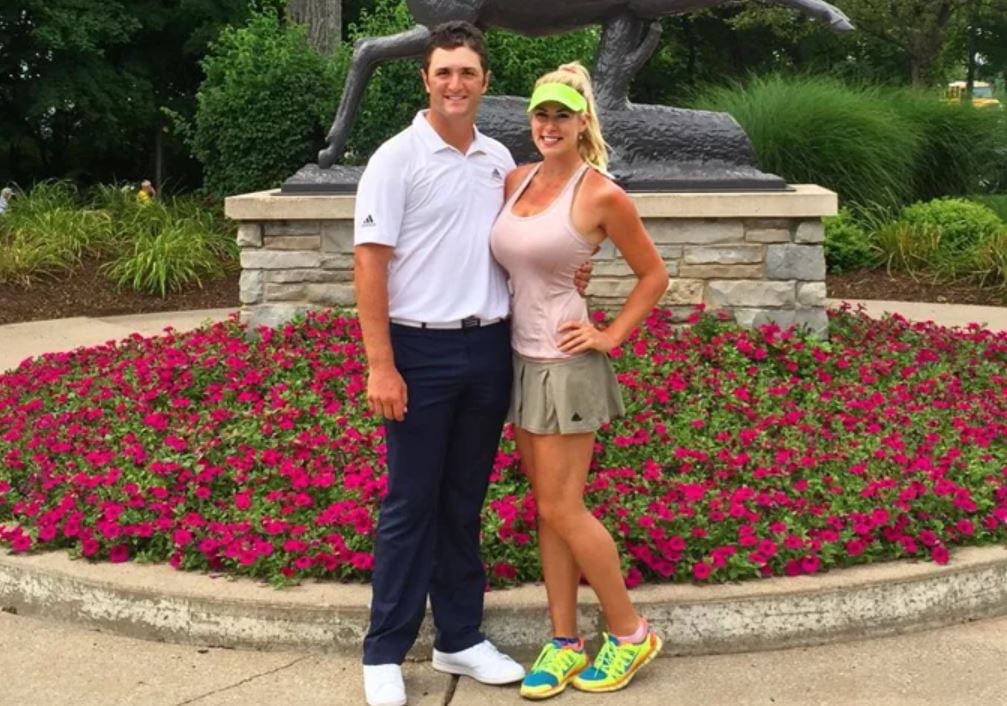 The couple are yet to have any kids but keep an eye on our page for more news.

As mentioned, Jon Rahm was one of the most decorated Amateur golfers in college history but there are plenty of other achievements in his locker from his time a college golfer including:

He finished up his amateur career as the low scoring amateur at the U.S Open in 2016 at 7 over par and tied for 26th as an amateur.

Rahm forfeited his exemption into the 2016 Open Championship by turning pro but he hit the ground running as a pro, leading his first tournament for 2 days before finishing up tied for 3rd, 4 strokes off the lead but he used this initial momentum to catapult him towards further success and it was enough to get him back into the US Open for 2017.

He was tied runner up at the RBC Canadian open and his performances of 2016 were enough to earn him a PGA Tour Card for 2017. 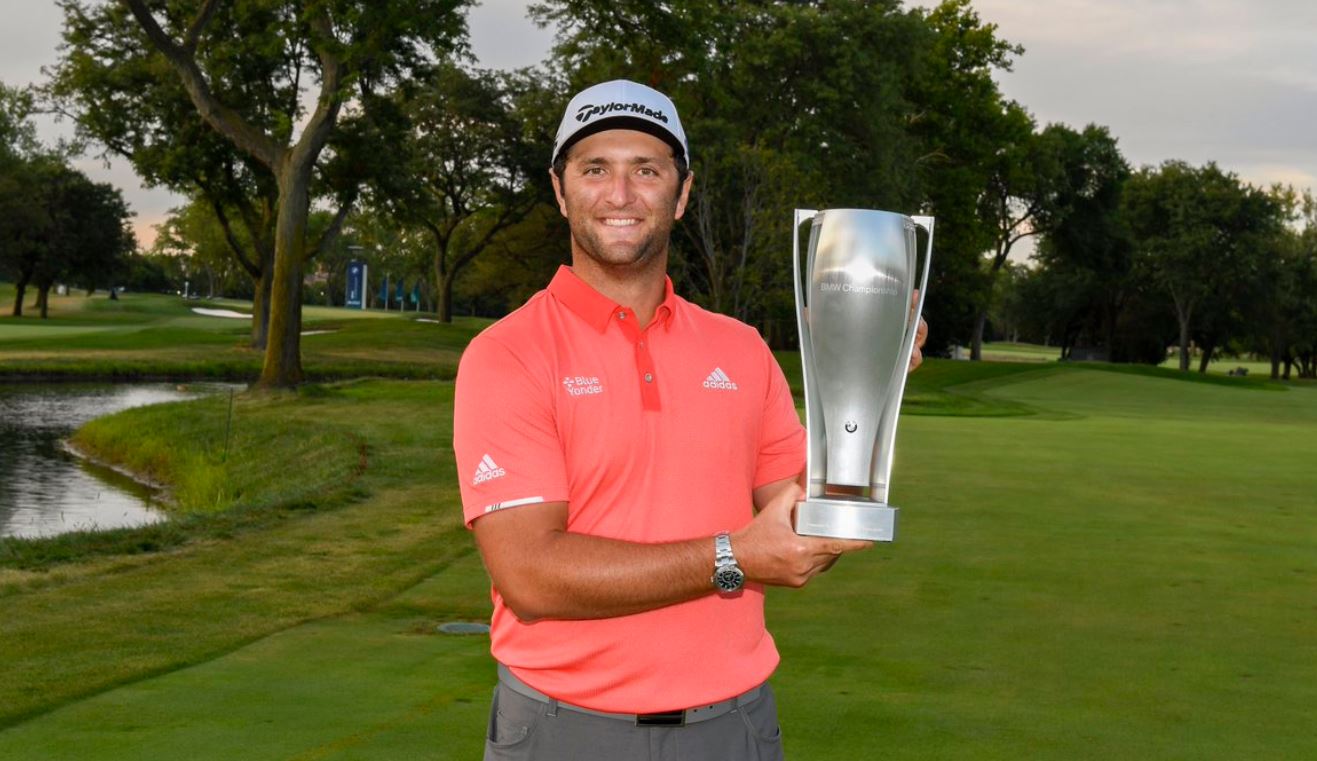 Rahm really arrived onto the Pro scene in 2017 by winning the Farmers insurance championship which moved him the 47th in the world rankings but more importantly gained Rahmbo entry to the Masters, The Players Championship, The PGA Championships and World Golf Championship Events.

He finished 2nd to Dustin Johnson at the WGC – Mexico match play event which gave him a world ranking of 14th.

Rahm would finish 27th in his first masters before going on to complete a busy 2017 by finishing 4th at the Wells Fargo tournament and winning the Irish Open by 6 strokes.

He then became European Rookie of the year as the highest ranking amateur in the Race to Dubai and by then winning the Dubai championship to complete the season.

2018 saw Rahm play on the winning European Ryder cup team following an early year win and the Careerbuilding championship and he also won the Spanish Open in his home country of Spain.

2021 saw Rahm win the Zurich Classic of New Orleans with partner Ryan Palmer and he also added a second Irish and Spanish open along with winning the Dubai championship again being crowned the European Tour Golfer Of The Year for 2021.

2020 has been a disaster for almost everybody, except Rhambo who has come out of lockdown with two wins in the Memorial tournament, which boosted his world ranking to number 1 and then won the BMW championship despite receiving a 1 stroke penalty for picking up his ball off the green without marking it first.

Overall the future is looking very rosy for Rahmbo right now at the young age of 26 with plenty of golf yet to play in 2020 and the form and momentum currently, firmly on his side.

Golf Ball Compression vs. Swing Speed – A Match Made In Heaven