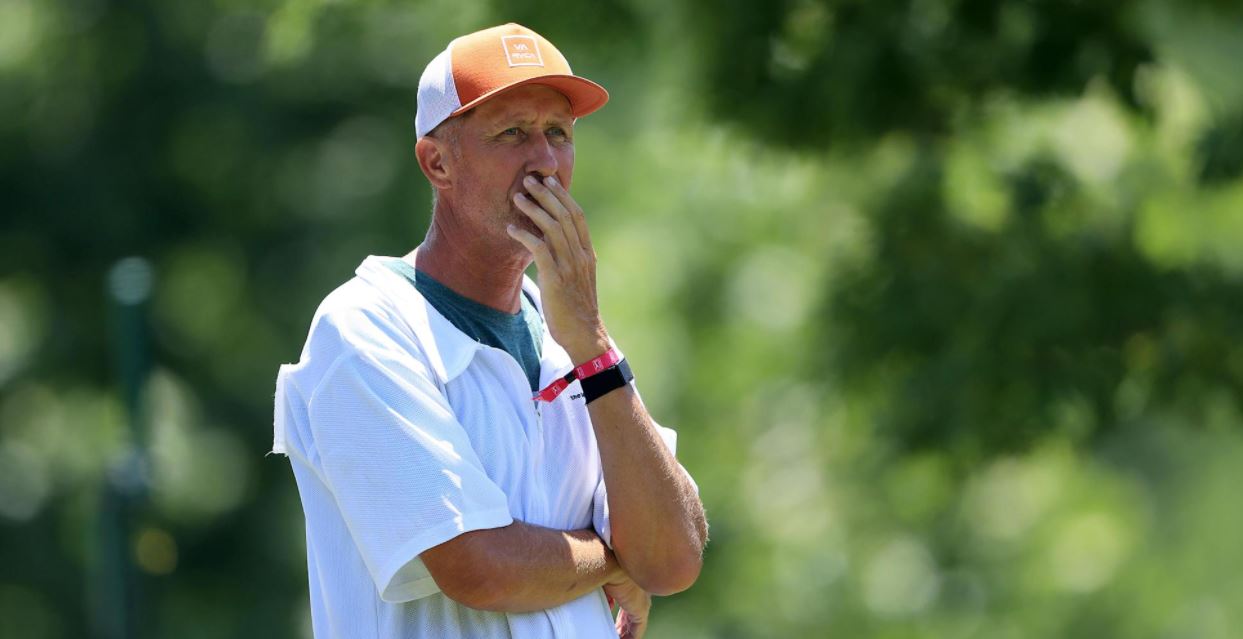 You either know Jim “Bones” Mackay as a commentator for the Golf Channel or through his illustrious work with the great Phil Mickelson. Mackay is one of the highest-profile caddies in modern times.

While he doesn’t have the extensive list of players he has caddied for as some of his contemporaries, he is certainly one of the game’s most memorable caddies.

But how much do you really know about Jim Mackay and how he has reached an estimated net worth of over $5 Million.

We know golf heads are always clamoring for more information on their favorite figures in the game so today, we would like to oblige. Take a look at our bio of Jim Mackay.

A Brief Intro To Who Jim Mackay Is

Jim Mackay’s career as a caddie spans more than 25 years.

He is often ranked as one of the highest-paid caddies and has been caddie to one of the all-time greats.

Even though he is mainly a commentator these days, he still jumps on the bag for players in need here and there.

In fact, earlier this summer Mackay was recruited for a one week stint as Max Homa’s caddie for the 2021 PGA Championship.

How Did Jim Mackay Get His Nickname?

When you get gifted a nickname from a PGA Tour pro, it tends to stick.

This was the case for Jim “Bones” Mackay. He got the nickname “Bones” from Fred Couples.

Couples caught sight of Mackay on tour in France, noticed how skinny he was and called him “bones.”

That was in the early 90’s. The nickname “bones” has stuck with Mackay ever since – to the point where he almost considers it his proper first name.

At age 56, Mackay is mostly sitting behind the broadcaster’s booth on the PGA Tour.

He is no longer a full-time caddie but he does still man the bag for short stints here and there for pros who are in need of his expertise. 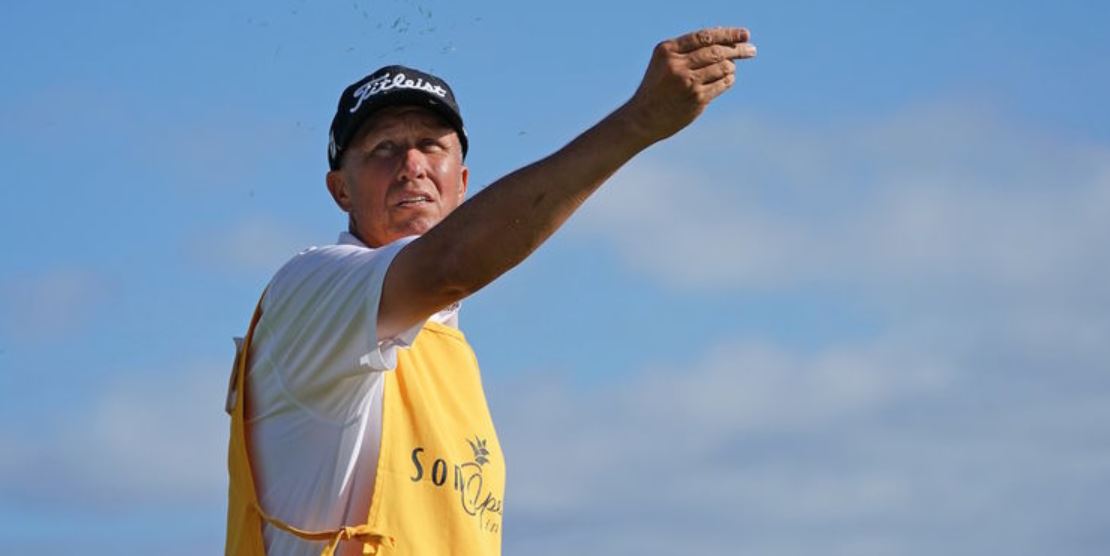 While it’s still a matter of dispute since there is no official public record of how much Mackay has made over his career, it is estimated that he is worth around $5 million.

Mackay amassed most of his wealth as a looper for Phil Mickelson.

He caddied for Mickelson for 25 years. In that time, he and Mickelson won 5 major championships including the:

It is expected that each of these 5 major victories earned Mackay a hefty bonus.

Aside from his work on the course though, Mackay makes money endorsing companies and products and also through public appearances and speaking events.

Who Has Jim Mackay Caddied For?

You may not have heard of some of the other names that Jim Mackay has caddied for.

Still, he is a household name in golf because of a particular 25-year run with one Phil Mickelson.

However, before Mackay linked up (no pun intended) with Mickelson, he caddied for Larry Mize, Scott Simpson and Curtis Strange. 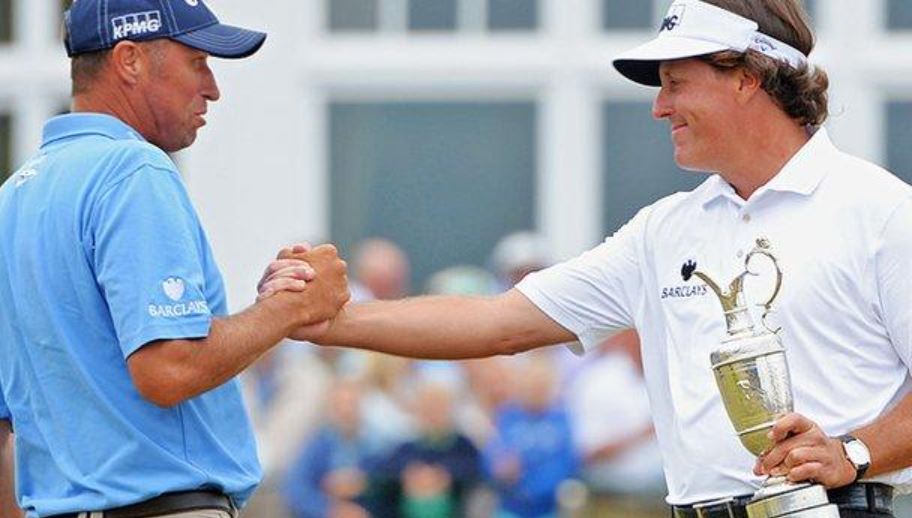 When Mackay started to caddie for Mickelson in 1992, the future hall-of-famer was just starting out.

Mackay had been with Mickelson from the outset of his ascent into golf greatness.

Mackay caddied for Mickelson from 1992 to 2017. Up until 2017, Mackay had been the only pro caddie that Mickelson had ever known.

Mickelson turned pro in 92 and started his career with Mackay on the bag.

The two had an incredible run together; racking up 41 PGA Tour wins including 5 major victories.

When the two split in 2017, it came as a shock to everyone since theirs was the longest running caddie/pro relationship up to that point.

The two insisted that the split was amicable and had nothing but good things to say about each other after the fact.

However, at the time of 2017, Phil hadn’t had a PGA Tour victory since 2013’s British Open. Some have speculated that this is what prompted the split.

Others speculate that Mackay wanted to pursue a career in broadcasting.

What’s Jim Mackay Up To Now? 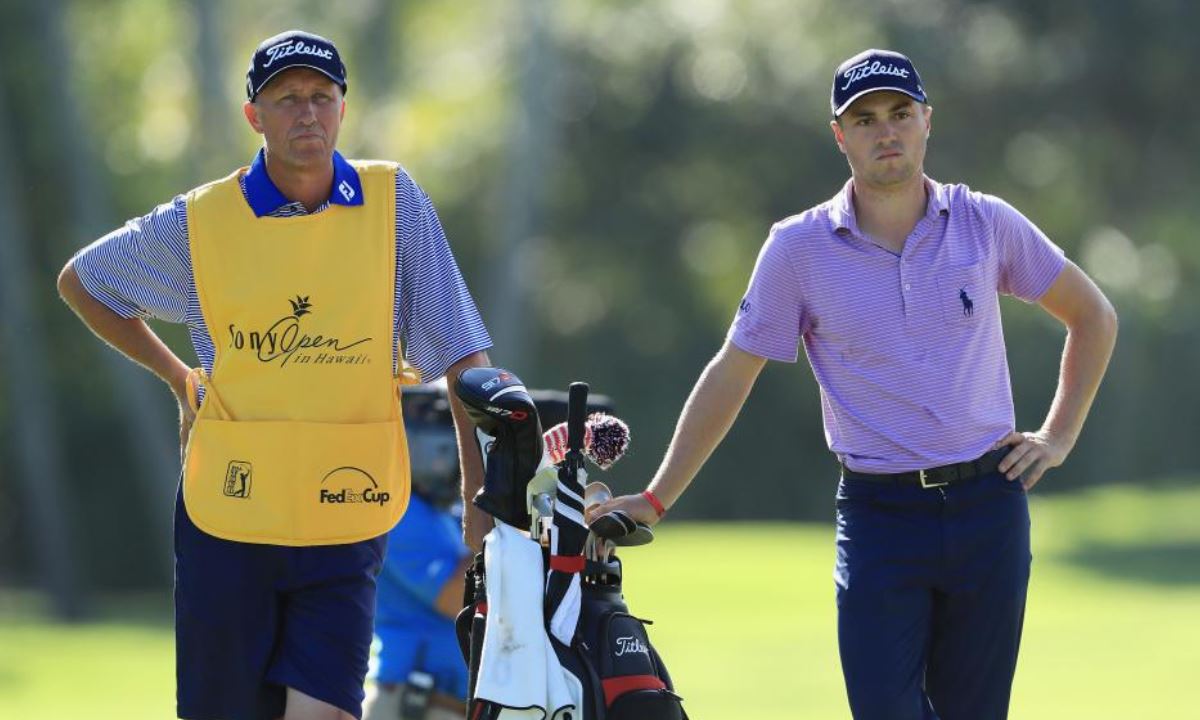 These days you can catch Jim Mackay as a commentator on the Golf Channel. However, he has been known to make brief appearances on tour.

For example, shortly after his split with Mickelson, Mackay caddied for Justin Thomas at the Sony Open.

Even more recently, it was announced that Max Homa would be enlisting the services of Mackay at the 2021 PGA Championship.

Mackay is originally from Surrey, England. That’s where he was born but his family moved to New Smyrna Beach, Florida hen Jim was only 7.

Today, Jim is married to Jen Olsen and they live in Scottsdale, Arizona with their son and daughter Oliver and Emma.

How did Jim Mackay Become A Caddie?

Mackay has stated that he knew he was not good enough to become a professional golfer even though he played at a high level. Jim played collegiate golf at Columbus College. He also worked in a local pro shop and bag room.

Around the time that he got out of college, one of his friends who was a professional golfer had just split up with his caddie. That friend was Larry Mize and it was Mize who would give Mackay his start as a PGA caddie.

Mackay has been ranked as high as 3rd on lists of the richest caddies.

Mackay is known as one of the greatest minds in golf but also, for his strict nature. He will often chastise colleagues for using cell phones on the course. 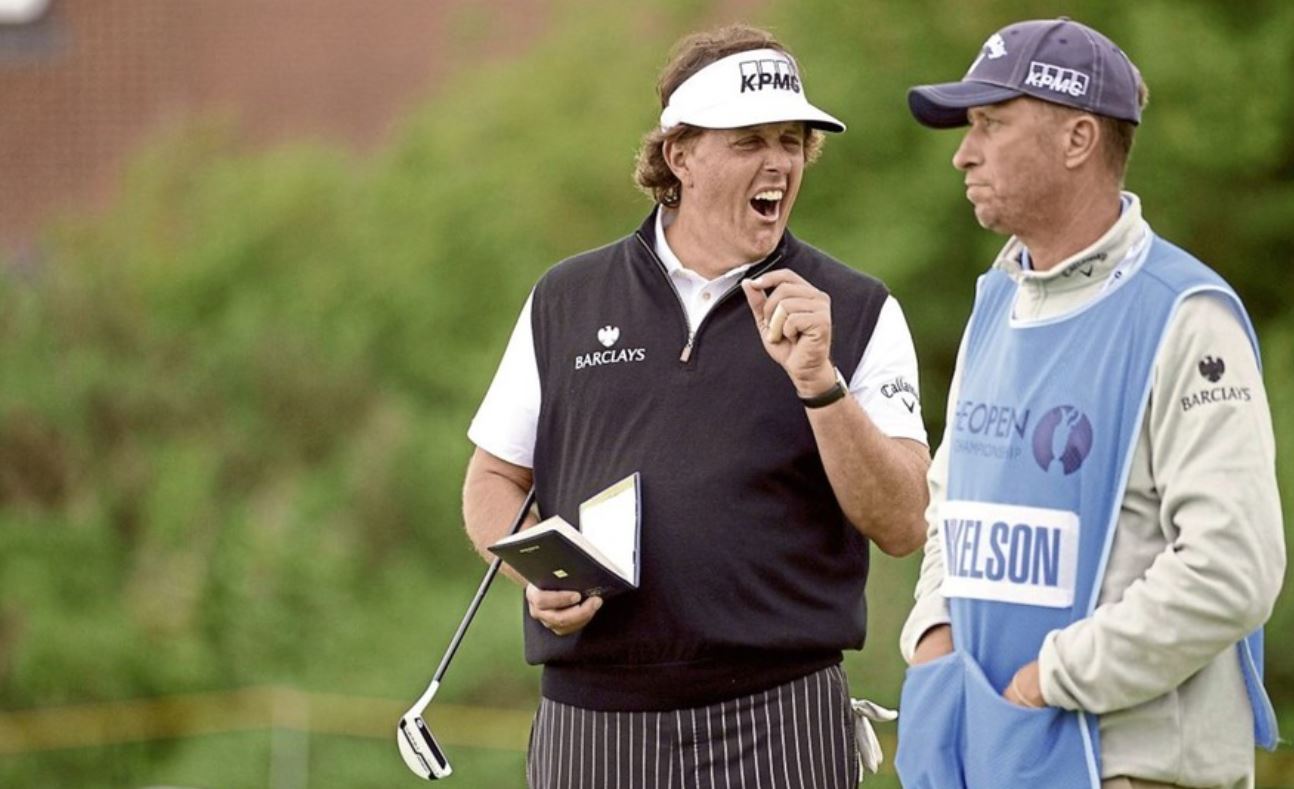 Mackay has one of the most enviable jobs in the world: he gets to talk about golf on TV and picks up the bag when he wants to.

Who wouldn’t want to take his place? Well we can’t be Jim Mackay but we hope our bio has provided you with the next best option: knowing more about this modern golf legend.