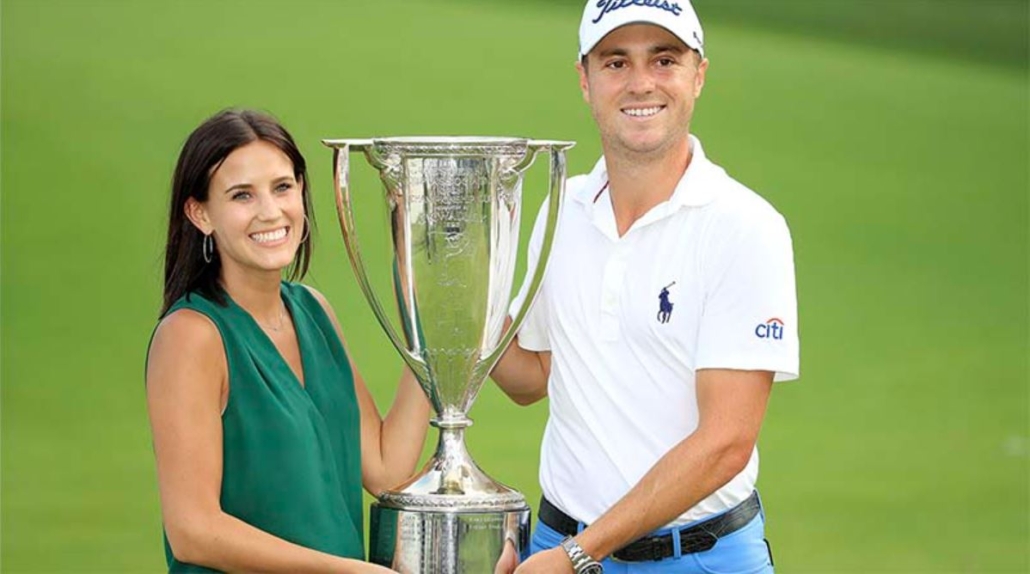 In 2017 Justin Thomas, a professional American Golfer won the FedEx Cup Championship. But that wasn’t the only prize he won that day. He also found his true love, Jillian Wisniewski.

The couple made instant headlines when they shared a victory kiss when Justin won his championship.

So what else can you find out about the vibrant young lady that stole Justin’s heart? We’re here to give you the low-down on Jillian Wisniewski so keep reading to find out more. 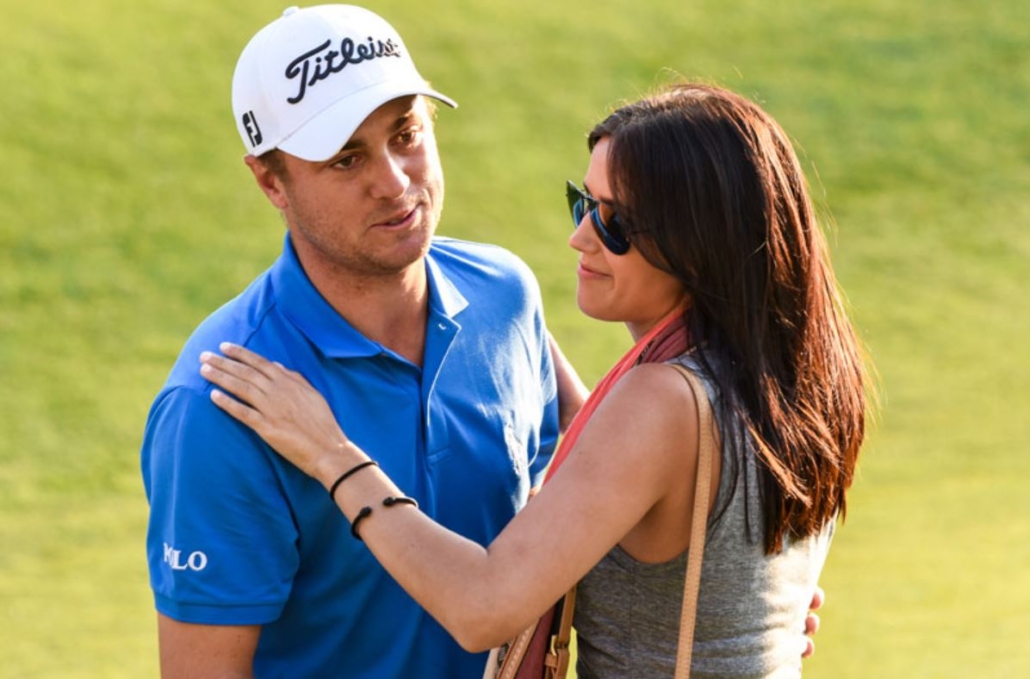 Justin Louis Thomas is an American golfer who is a former World Number One and he plays on the PGA Tour.

He was born on August April 29 1993 in Louisville. Kentucky, USA. Additionally, he graduated from the University of Alabama in 2013.

Justin and Jillian will be delighted with Justin’s return to prominence with an incredible 2021 Player Championship victory, beating off competition from Lee Westwood and Bryson Dechambeau to do so! 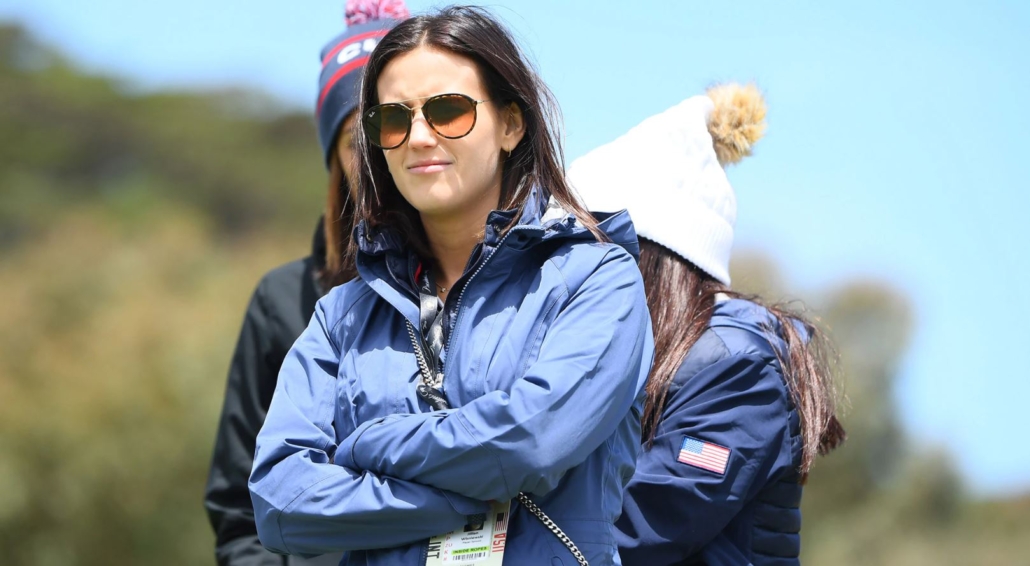 When Jillian was younger she was a reporter and co-host of her school’s news network.

In later years, she did her B.A. in journalism at the University of Kentucky.

Jillian gained some recognition when she was an intern for McGarry Bowen where she works in the broadcast production department.

In 2015 she was then promoted to Admin Assistant and then went on to become Production Business Manager in 2016.

Throughout Jillian’s college years she was part of a sorority and after her freshman year, she became a member of Pi Beta Phi. She worked for her University’s TV department.

Jillian did her internship at McGarry Bowen while she was still in college which just goes to show that she is a hard worker.

Justin and Jillian haven’t tied the knot yet but they are in a serious relationship.

The couple have been together since 2016 and they travel and attend important events together.

Maybe one day when Justin isn’t busy touring and winning fantastic championships he will pop the question to Jillian.

How Did The Couple Meet?

Jillian and Justin reportedly started dating a year before their famous kiss that made headline news.

But the couple seems to take their privacy seriously because they don’t discuss much about their first meeting.

When the world found out about Jillian, the couple was seen kissing behind the 18th green after his victory win at the 2017 FedEx Cup Championship.

Does Jillian Appear On Tour With Justin? 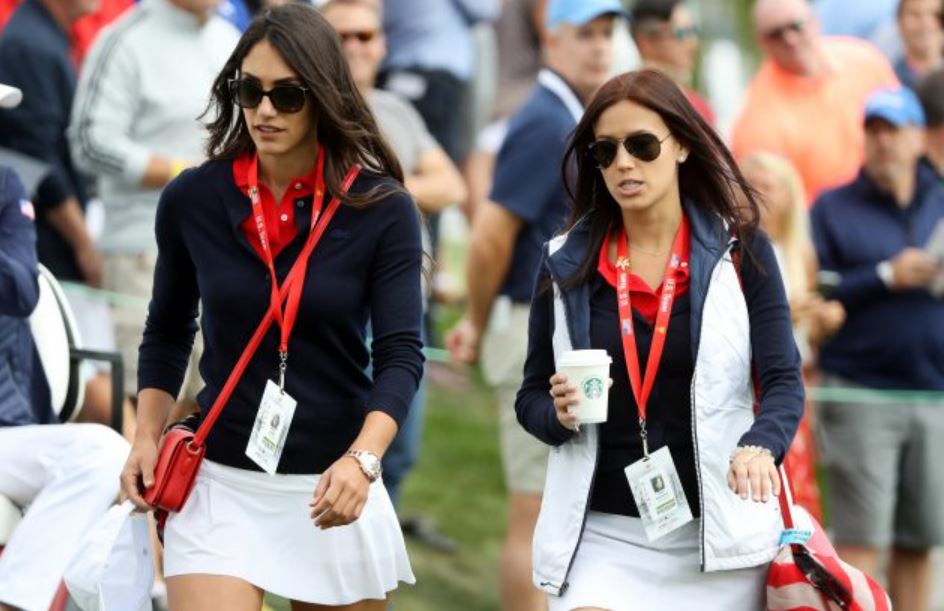 This is largely because she is based in Chicago and so is her work. On the other hand, she has been there for many of Justin’s wins.

She reportedly almost missed her flight to attend the FedEx Cup Champion but luckily she was there to see her boyfriend win.

When he is at home the couple spends quality time together.

The couple both stay in a large house in Chicago.

Justin is mostly on tour so Jillian has the house all to herself.

What Does Jillian Do For A Living? 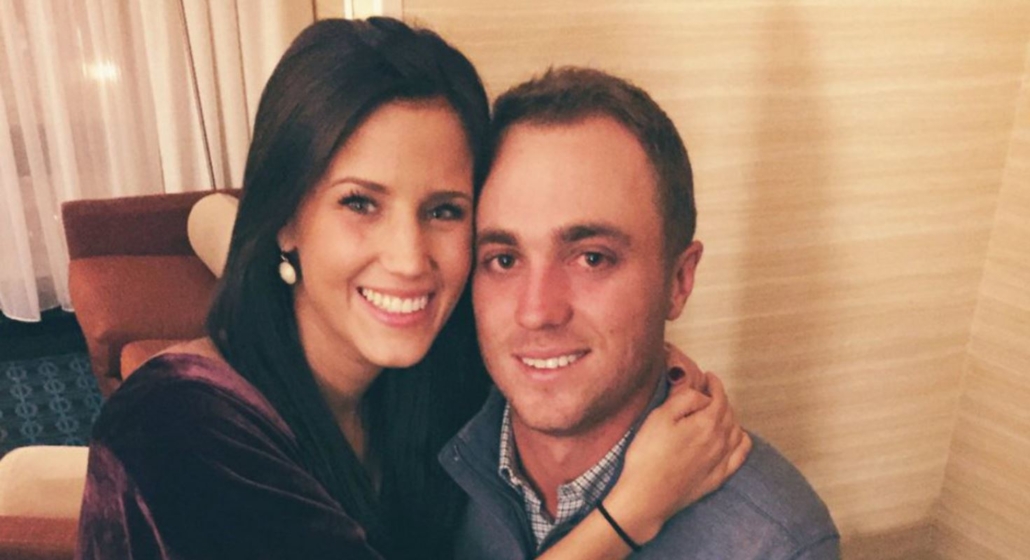 In her early years, Jillian was a Nanny.

Between January and December of 2013 she worked for a UK Student Morning Radio Show.

Jillian is currently the Senior Business Manager of McGarry Bowen.

As stated on her LinkedIn profile she has experience in advertising and marketing.

Additionally, Wisniewski is also skilled in Microsoft Word and Networking.

Has She Achieved Any Awards?

Besides the success of her career and graduating from college, Jillian hasn’t won any rewards.

However, she is a successful production manager and beauty and skincare consultant on Instagram.

How Tall Is She?

Jillian is five foot, five inches tall which is the average height of a female in the US.

She’s just a bit shorter than Justin but when she wears heels she is almost the same height as her boyfriend.

But there is another Instagram that she handles @jillian_rodanandfields where she shares skincare tips and consults people on beauty products.

On the other hand, you can see pictures of the couple together on Justin’s Instagram if you look up his handle @justinthomas34. 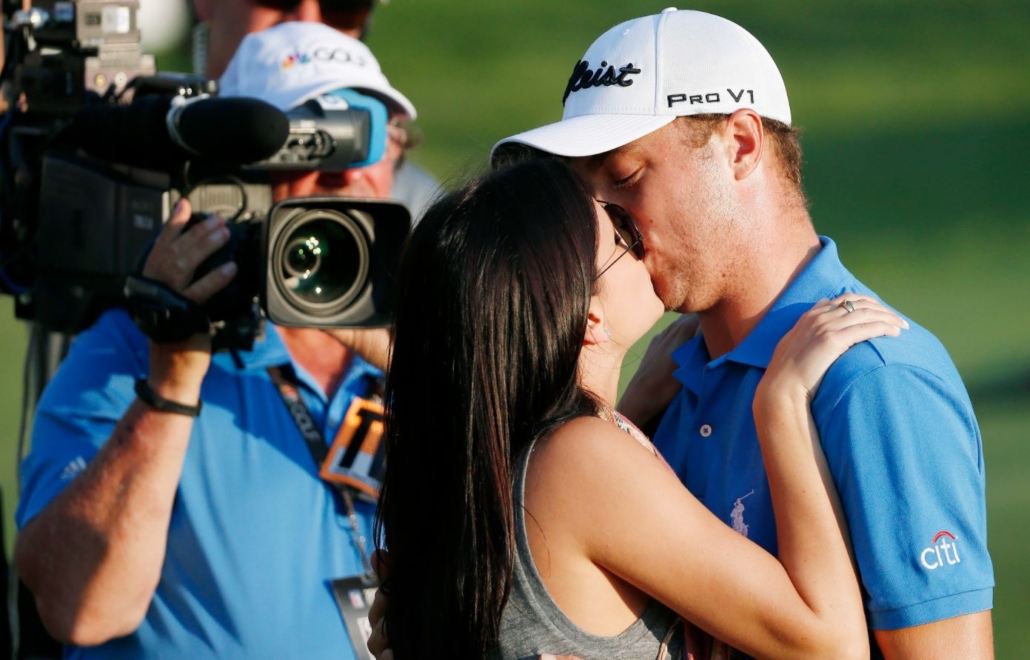 Sometimes Jillian will help Justin on the green by carrying his golf clubs. But most importantly she’s always there to provide Justin with moral support.

This is especially true for his bigger tournaments.

However, Jillian prefers a low profile so you don’t see much of her in the public eye unless she’s with Justin.

The couple also makes a point of hanging out with friends and other celebrities namely Rickie Fowler, Jordan Spieth and Allison Stoke.

Jillian is incredibly proud of Justin and it’s easy to see why. He’s won many championships over the years such as the following: 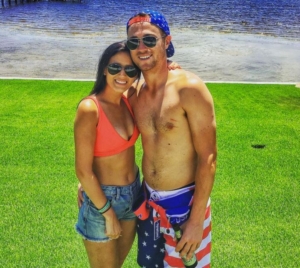 We hope you learned all you needed to know about Jillian Wisniewski in today’s celebrity bio.

Since she’s a private person you may struggle to find out interesting facts about her.

But she does have a LinkedIn page where she talks more about her career.

If you want to see her style in fashion then you can always visit Justin’s Instagram where you’ll see a series of pictures of the young couple together at parties.

What’s more, if you want to know what her beauty secrets are you can visit her business Instagram account @jillian_rodanandfields.

Here you will find out more about Jillian’s beauty secrets and what you can do to keep your skin looking as vibrant as hers.

Best Fairway Woods For Ladies 2021 – Must Read Before You Buy