Is Strata A Good Golf Brand?

You are here: Home / Blog / All Golf Equipment Reviews / Is Strata A Good Golf Brand?

Is Strata A Good Golf Brand? 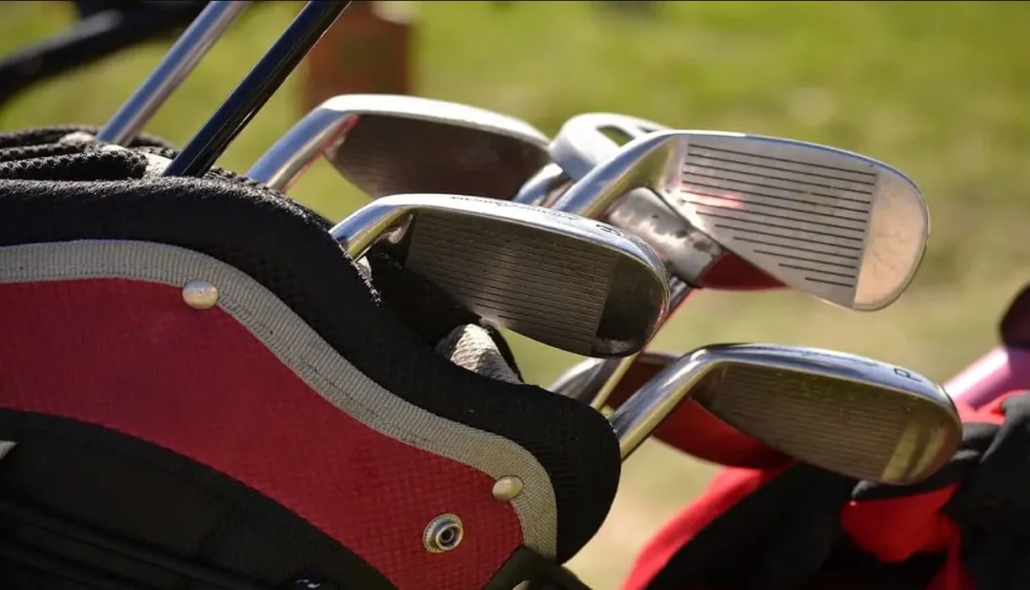 The truth is that Callaway does indeed own Strata. Strata, along with other notable golf brands, used to be owned by Spalding. However, the Spalding golf division (the company is most renowned for making basketballs) went bankrupt in 2003.

Callaway bought the company in the same year and started developing golf clubs in order to revive the brand. Production of Callaway Strata clubs has been limited though as Callaway focuses more on their main brand.

That does not necessarily mean they should be discounted entirely by golfers though. In fact, Callaway Strata clubs may be perfect for your needs. Find out for sure in the following company profile.

Currently it is still thought that Callaway owns Strata. Callaway acquired the company in 2003 and no news has emerged that it has been sold. That being said, it should also be noted that Callaway simply distributes Strata clubs and does not manufacture them.

Is it Only Complete Sets?

Currently, you can only get new Strata clubs as complete sets. You may still be able to find used individual Strata clubs though.

What Are They Known for?

Strata is a company that is known for making clubs specifically for mid to high handicappers. They are also known for their ties to Callaway. 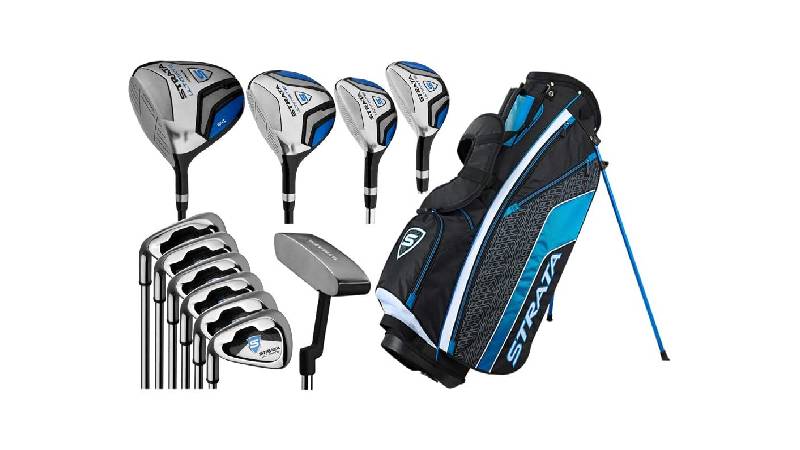 The Strata 12-Piece golf club set includes a driver, fairway wood, hybrid, irons 6-PW, putter and a stand bag. The great thing about the driver is that it is a forged 460CC driver which is a premium feature that you don’t usually see in game-improvement sets.

Both the fairway wood and driver are oversized which inherently makes them a good choice for beginners and high handicappers because they are very forgiving. The irons are made of stainless steel so there’s not much to write home about in terms of construction.

However, they feature deep cavity backs and very helpful low perimeter weighting. This makes them very forgiving and will help straighten out your shot. Oddly enough, the Strata set comes with a blade-style putter.

While the feel is remarkable, the forgiveness is lacking. Plus, the alignment marker is essentially just one white line so there’s not much help there.

What Does the 14 Piece Set Add?

With the 14-piece Strata set, you get one additional club: a sand wedge. The moniker “14-Piece” is a bit deceptive as it refers to the stand bag and additional head covers as pieces as well.

What Does the 16 Piece Set Add?

With the 16-piece version of the Strata complete golf club set, you get an additional #4 hybrid. This may be a good option for beginners who want to replace even more irons with hybrids and cover distance gaps better.

Whats The Difference Between Mens And Womens?

There isn’t much difference between the men’s and women’s version of the Strata golf club set. Of course, the main differences are shaft length and flex. The Women’s Strata clubs have ladie’s flex shafts and shorter shaft lengths.

How Do They Compare to Callaway Edge? 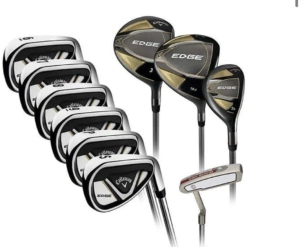 How Do They Compare To Callaway Warbird? 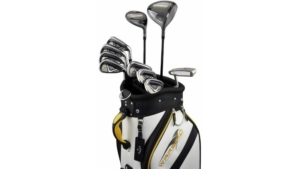 The great thing about the Warbird set is that it includes and Odyssey 330 putter. This is a half-mallet putter with an incredible feel and accuracy that you wouldn’t expect from a game-improvement set. The entire set consist of a 460CC driver, #3 fairway wood, #3 hybrid, irons 4-9, pitching, wedge, sand wedge and putter.

You get longer irons and hybrids in the Warbird set so compared to the Strata clubs, the Warbirds are better for mid to low handicappers.

How Do They Compare To Taylormade RBZ? 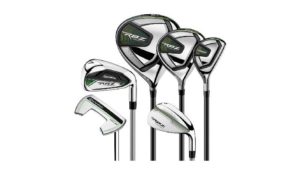 The RBZ clubs are more expensive and area geared toward players with faster swing speeds. Oddly the scoring irons in the RBZ set are also slightly stronger lofted than those of the Strata set. The longer irons in the Strata set give you more carry distance though.

How Do They Compare To Cobra XL? 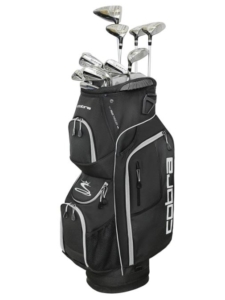 The Cobra XL golf clubs are also geared toward beginner players and the set consists of a driver, 3 wood, 5 wood, 4 hybrid, 5 hybrid, irons 6-PW, SW and a blade putter. They are more lightweight than the Strata clubs and the irons have weaker lofts as well.

Who Are Strata Golf Clubs for?

Strata golf clubs would work best for beginners and high handicappers although the strong-lofted irons could also be used effectively by mid-handicappers.

Are They Good for Beginners?

Yes, Strata clubs are excellent for beginners as they emphasize forgiveness, distance and are affordably priced.

They aren’t the best for seniors as they are currently only available with regular-flex shafts.

Do Any Pros Use Strata Golf Clubs?

Currently, there are no PGA Tour pros who use Strata clubs 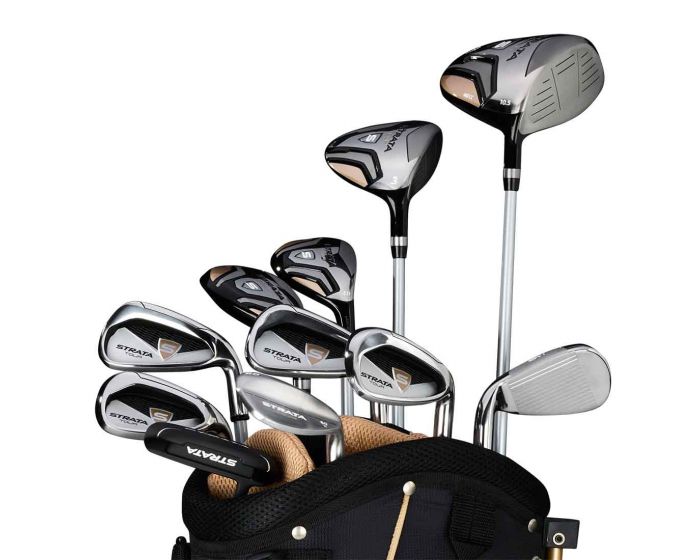 Many casual golfers swear by Strata clubs and we can see why. They offer help where beginners need it most: distance and forgiveness. If you are just starting to play and really want to get off to a good start, the Strata golf club set would be a good choice for you.

Is Ben Sayers A Good Golf Brand – Are Their Clubs Good?
Scroll to top