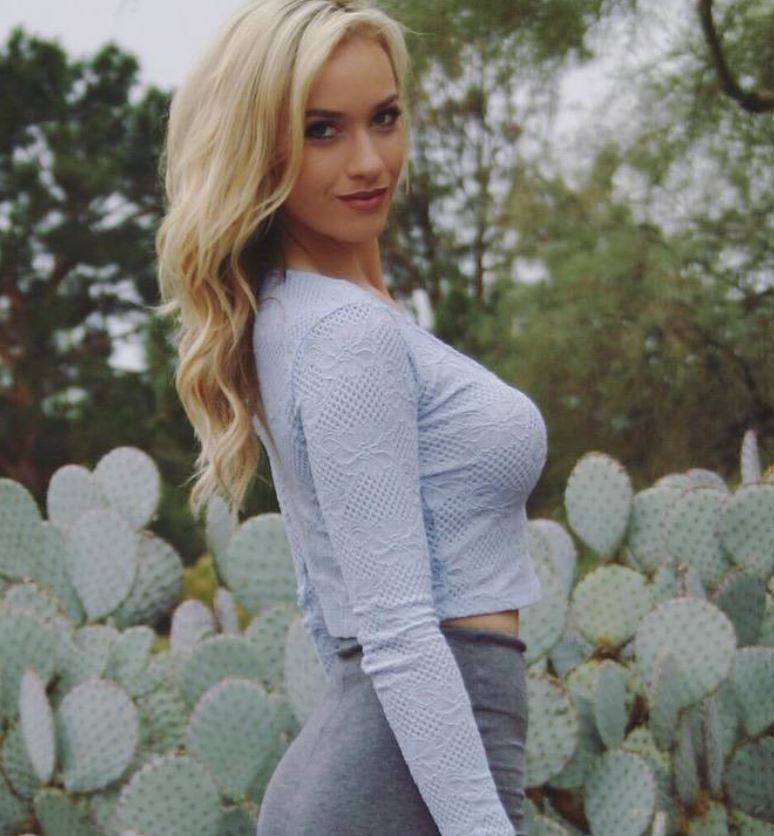 Paige Renee Spiranac is a hot golfer who rose to prominence through her extremely successful Instagram account. Paige draws a lot of media attention, people always asking questions about her and they want to see her photos.

Everything Paige does is front page news from her Hawaii vacations, her new successful podcast, YouTube, Instagram and people even want to know where she went to college and how much money is worth.

In this bio, we give you a closer look at the Life and Times of Paige Spiranac from the highest points, the sports Illustrated swimsuit edition appearance, the nude leaked photo scandal, her love life and even her education history and prominent moments of 2020.

I honestly don’t know why you always try to bring me down. You don’t know what I do week in and week out with community service. I don’t want to play on tour or have any connection to the LPGA. I’m a non issue for you. So why don’t we just leave it at that with no hard feelings. 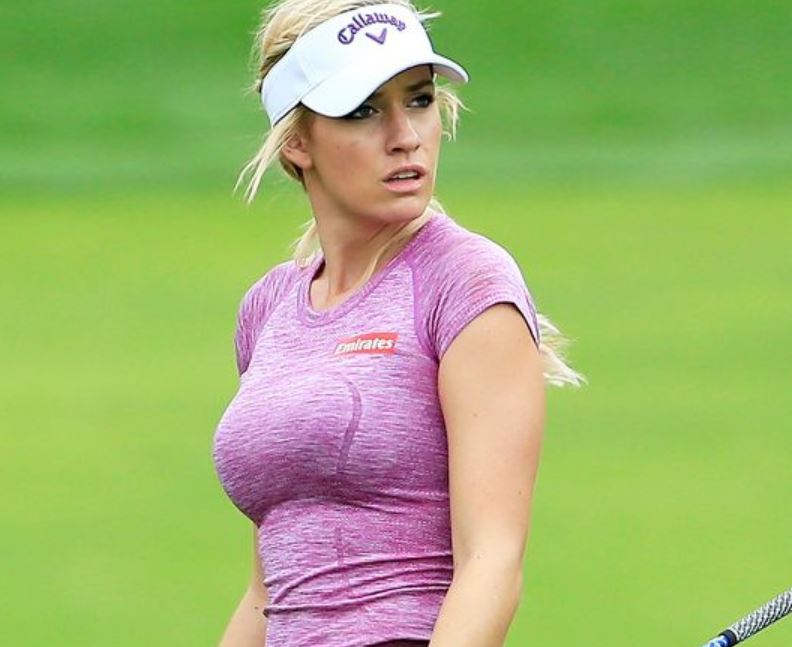 Paige Spiranac was born in 1993 and she grew up in Denver Colorado and she also spent a lot of time in Colorado Springs.

She now lives in Arizona where she continues to work on her social media profiles, including YouTube and a new podcast.

What Country Is Paige Spiranac From? 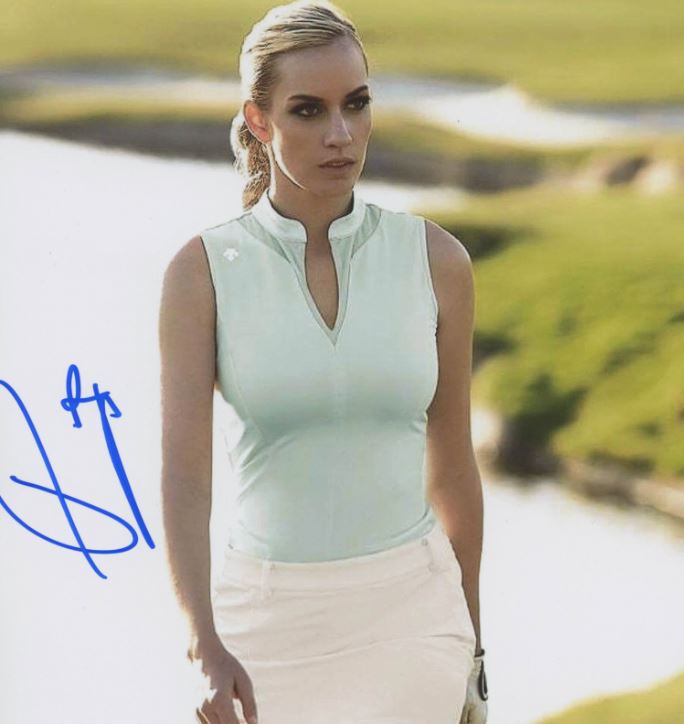 Page was born in America but her family is of Croatian descent. She comes from athletic family, her father was a member of the Pittsburgh Panthers college football team and her mother was a professional ballerina.

Page also had hopes of becoming a gymnast and she wanted to compete in the Olympics but two knee injuries derailed her dreams and she instead went on to play golf.

Her sister is also a decorated athlete and she got a scholarship to Stanford college for her track and field abilities.

The people who are saying golf is progressive, if you look at them, they all look the same, they are all middle-aged men. They obviously feel accepted. When you go to a golf course and look around, you see a bunch of guys, everyone looks like you, so you are going to feel great. If you are walking in as a woman, you don’t feel the same. 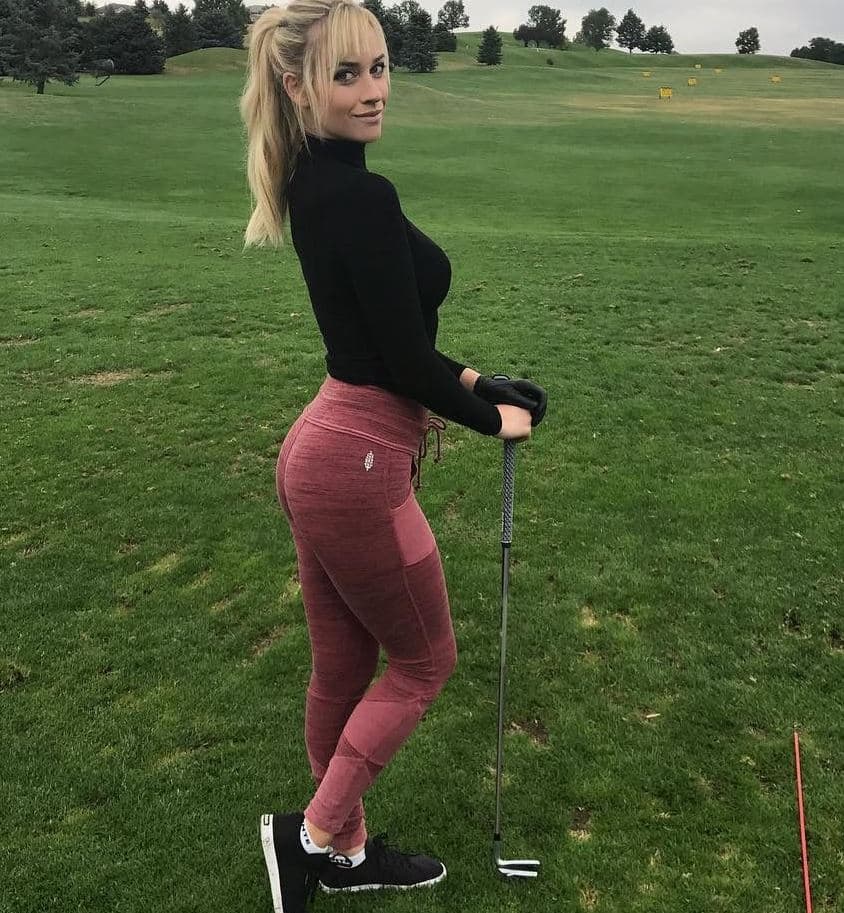 Paige can definitely hold her own on the golf course, she’s a pro level golfer but not one of the elites in the world.

Paige won 5 times out of 7 attempts in junior golf on the Colorado circuit and she went on to play plenty of college golf.

After a transfer to San Diego she recorded a number of top-10 finishes in college golf and a win at the Mountain West conference championship in her final year as one of the greatest achievements of her golf career to date. 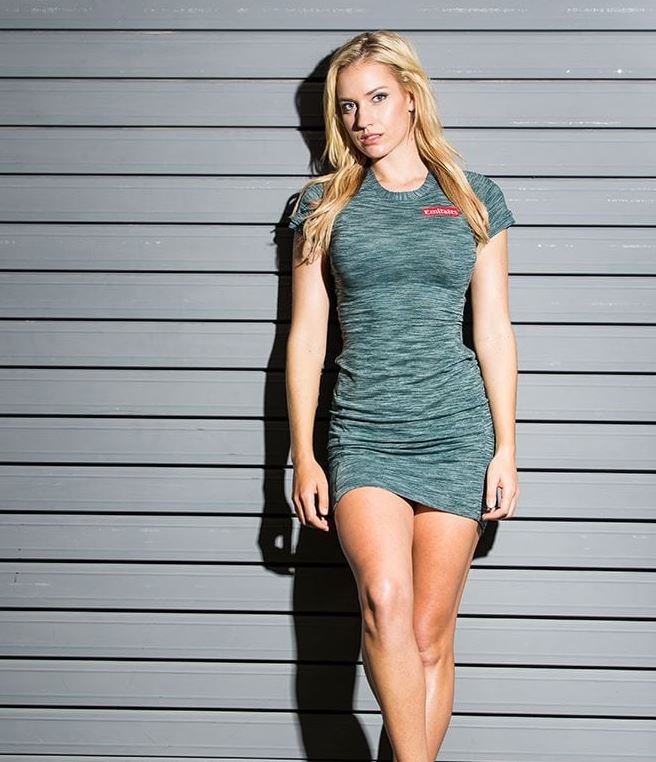 Page went on to grow a huge social media following and she went from 10,000 to 100,000 followers on Instagram in just one day.

Paige Spiranac’s huge social media presence ended up with her being invited to the Omega Dubai ladies classic where she failed to make the cut but secured a lot of attention which ended up in endorsements and sponsorship deals that led her to $8,000 in prize winnings.

It was obvious that her personal brand and social media presence would be a lot more successful than her golf career but she did continue and played at a lot of ladies opens what plenty of top-10 finishes and prize money of under $1,000 for each tournament.

After finishing 30th in the Colorado ladies open she called time on her pro golf career to focus on her personal brand fully.

Page Spiranac is one of the leading golf infleuncers on Instagram. She knows what her assets are, and she constantly shows off her stunning figure to admiring fans on her account.

She does this to raise awareness for the game and to help women to feel comfortable in their own skin. You could say that her strategy is successful as she currently has 2.4 million followers making her the largest female golf account on the platform. 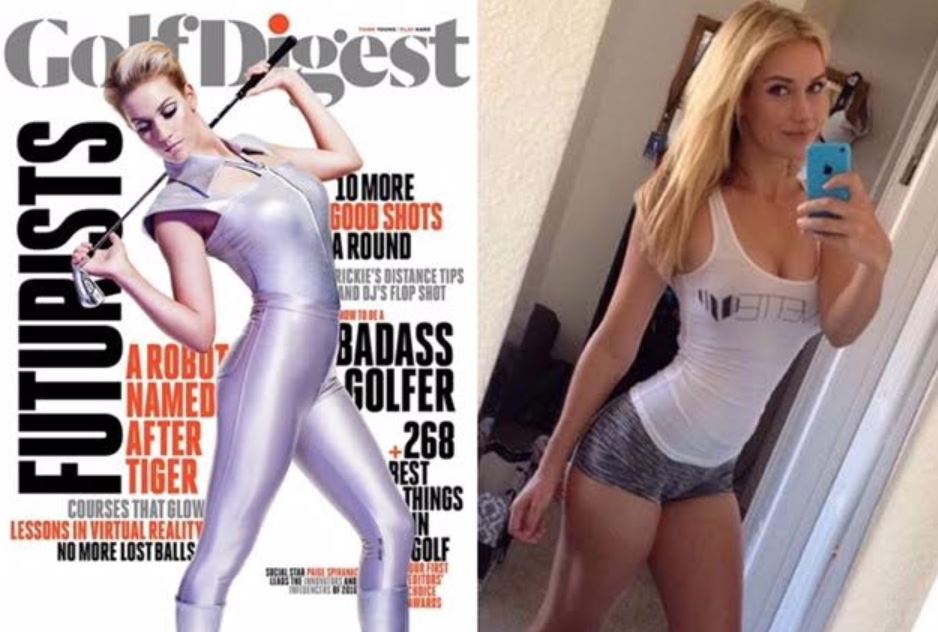 Paige Spiranac is one of only 23 women that have featured on the cover of golf digest. Paige faced wide criticism for how she made it to the cover. Many people claimed that it was down to her looks and not her ability on the course which of course has some truth.

But that is not to say that she can’t inspire the Next Generation of female golfers to go a step further and take the game to the next level.

Paige used her platform on sports Illustrated to speak out against bullying and how harsh she felt the criticism was. She also wanted to get naked on her own terms after a nude photo was leaked by her ex-boyfriend shockingly. She also talked about how bad it made her feel and how strong she had to be to overcome it.

Paige also opened up about how she has been a victim of bullying for her whole life and how liberating it was to do the shoot.

The shoot itself in 2018 featured plenty of images on the beach, on a quad bike.

Check out the video here and some of the images.

Nude photos were released of Paige Sporanac by her ex-boyfriend when things turned sour between the pair. Paige has said how personally hurt she was over the whole scenario and how she felt relieved following the Sports illustrated shoot where she got to get naked on her own terms.

Paige is eager to show that there’s more to her than just a curvy figure with her latest podcast, playing a round with Paige Renee.

She covers a different topic every week and she posts religiously every Monday. She often has guests on where she talks about light-hearted topics like her previous dating experiences, why you’re better at golf when you’re drunk, what to do if your girlfriend is mad that you follow Paige Spiranac another fun topics that keep her interested fans engaged. 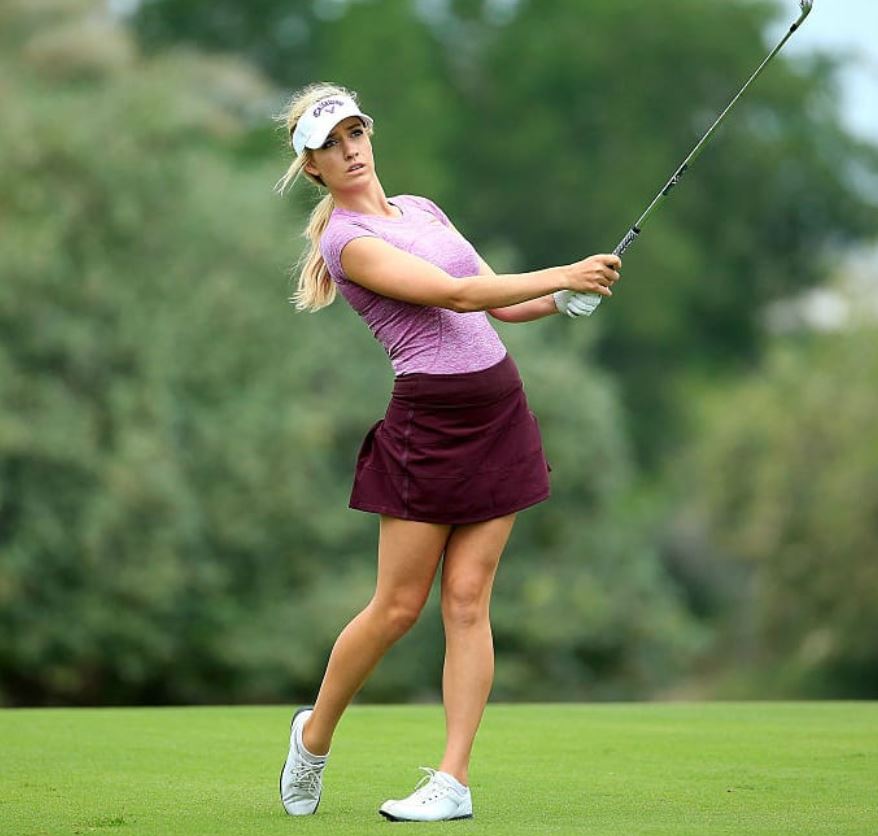 Paige Spiranac has made nearly all her money from endorsements, sponsorships celebrity appearances and she has amassed a fortune in excess of 1 million at the time of writing.

This figure is only a ballpark and is up for debate if anybody knows the real figure.

CBD is a substance that has become incredibly popular with golfer’s, it helps them to focus, recover and get a good night’s sleep before important rounds.

Other golfers like Bubba Watson have teamed up with brands like CBDmd which is one of my favorites and Paige Spiranac has recently teamed up with Medterra who are also an excellent brand.

Check out her Instagram to see how CBD has changed her life.

Paige also took to YouTube to talk about how effective CBD has been for her and you can check out this video here.

Many men like to wonder whether Paige Spiranac is single and if they have a chance with her but the truth is that she has been engaged since 2018 to fitness trainer Stephen Tinoco with no proposed marriage date set in stone at the time of writing.

Paige has recently taking to a fast growing social platform called Tik Tok where she shows snippets of her life, Trick shots in golf and she even shows off her gymnastic skills on the golf course.

Give that a look here:

Paid Spiranac teamed up with Parsons Xtreme golf in 2017 to promote its golf clubs.

She worked on promoting women in golf, inspiring women, healthy living and anti-bullying

Page also teamed up with 18birdies in 2017 to promote the golf app which encourages competition between golfer’s on over 300,000 courses worldwide. 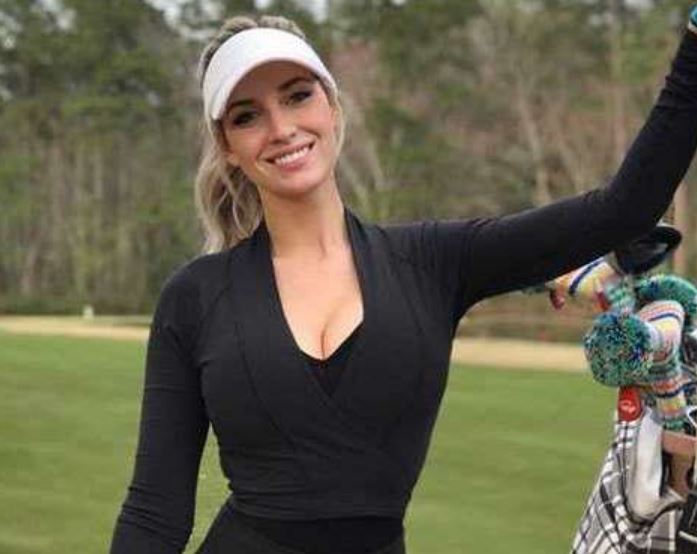 Page teamed up with the cybersmile foundation in 2017. Anti-bullying has always been a topic close to her heart and her work for the non-profit organisation revolved heavily around anti-bullying.

“He would text me like 24/7, he was really cute and flirty with me, but the only time we would go on ‘dates,’ and I put that in air quotes, is because they were lessons, and so I would sit there and give him lessons, and he didn’t tell me he had a girlfriend for six months.”