Garmin Z82 Honest Review – Is It Really Worth The Money

You are here: Home / Blog / All Golf Equipment Reviews / Garmin Z82 Honest Review – Is It Really Worth The Money 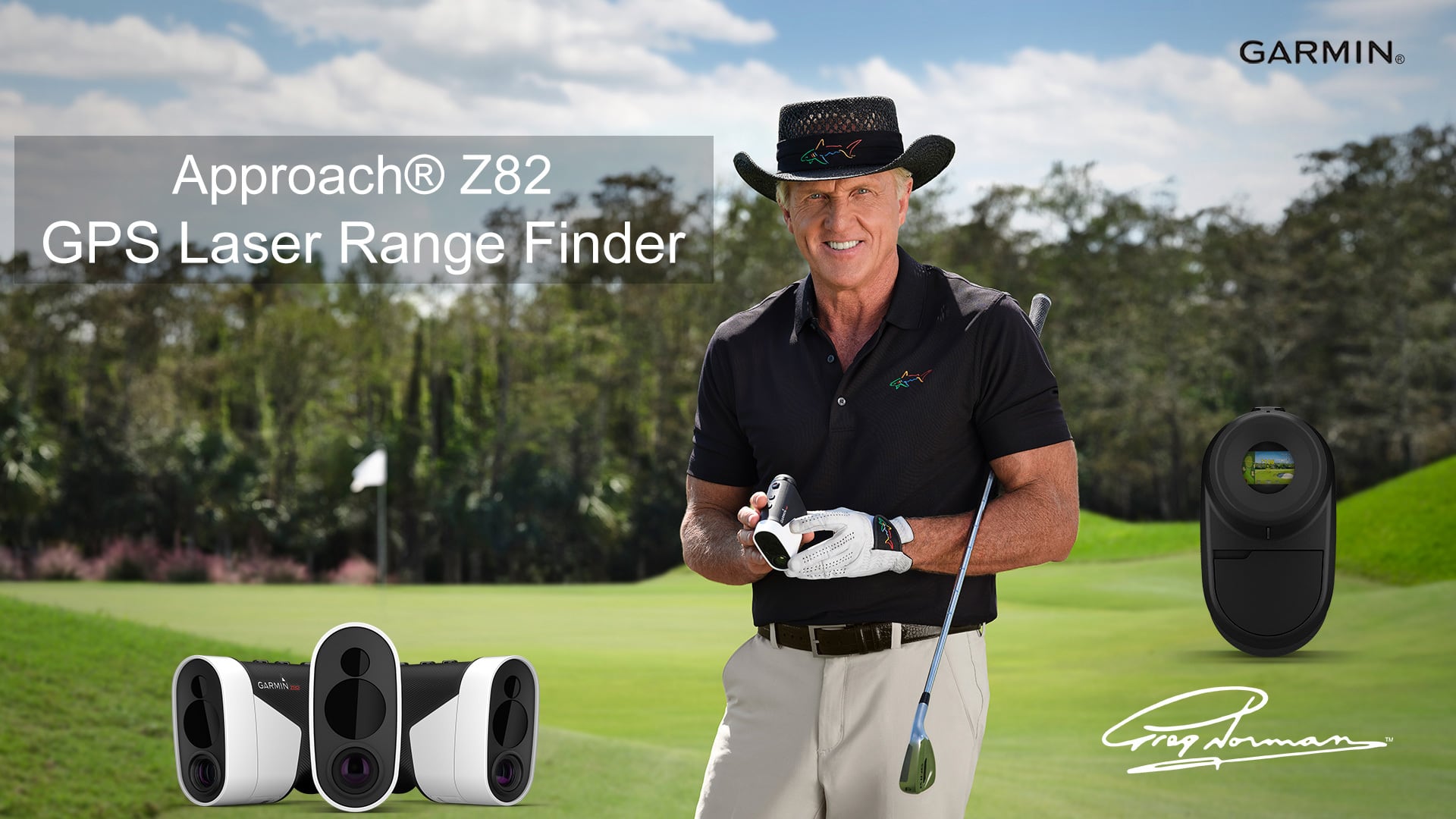 But we keep getting questions about the Garmin Approach Z82. People want to know how it is different from the Z80, what new features it has, is it more accurate, is it handier, is it worth the buy etcetera etcetera.

So we thought it would be worthwhile to dedicate an entire review to this new golf rangefinder. To prep for this review, we acquired our own Garmin Approach Z82 and tested it on two full rounds of golf. We used the Garmin Approach Z82 on 36 holes to get a good feel for it and what it offers.

GPS and Rangefinder in One

The first thing you have to understand about the Garmin Approach Z82 is that it combines golf GPS technology with golf rangefinder technology. This device is meant to take the place of standalone golf GPS and rangefinder devices.

It looks like a standard rangefinder to be sure, but don’t let its looks fool you. Within this device is a wealth of invaluable GPS data. Take a look at what we mean…

Then it renders an aerial map of the course it detects you are near right in the display. So when you look through the eyepiece, you will see the real-time image of whatever you are pointing the lens at and a rendered map of the course on the left side of your sight.

The display looks great. Some time ago we tested and reviewed the Garmin Approach Z82’s predecessor the Approach Z80 so we can say with authority that Garmin has improved the display quality with the Z82.
It has an upgraded OLED display and a 6x magnification lens. Your target is seen in crisp, sharp display even when looking at a pin that’s 450 yards away. Plus you can adjust the eyepiece to fine tune the focus based on your eyesight.

Now the first feature that we deemed to be very useful was the compass feature. Without having to do anything, we were seeing a red circle with a point on it that would rotate as we panned over the terrain with the rangefinder.

In short order, we realized that this pointed circle was actually pointing us in the direction of the flag – when we couldn’t even see it! This is a great feature to have on blind holes and ones we never even played before.

The Garmin Approach Z82 will point you in the direction of the pin as you look through it even if you are not pointing it at the actual pin. This feature came in really handy after we teed off and on blind shots. 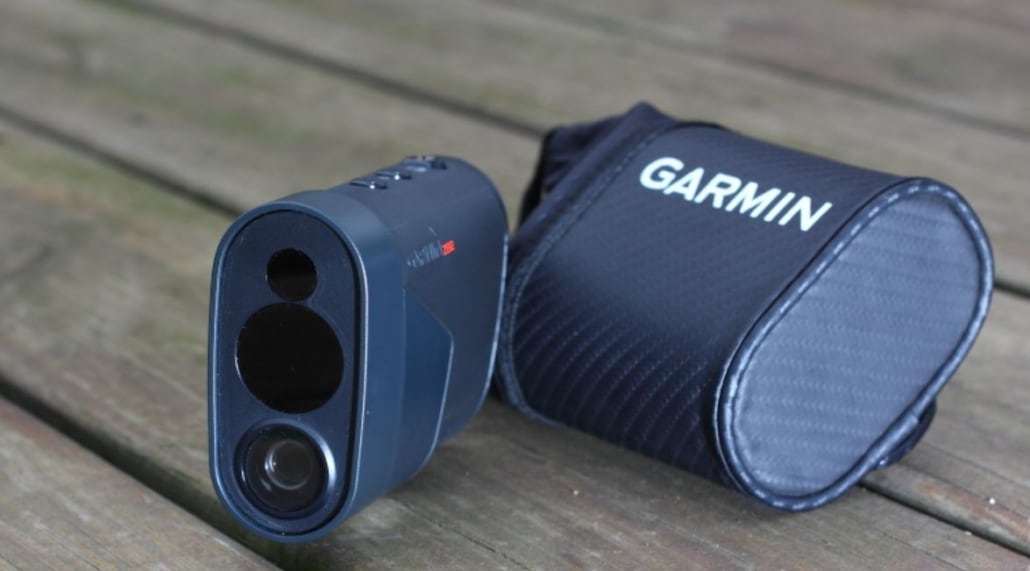 Perhaps the best thing about the Garmin Approach Z82 is that it will instill confidence in you. The pin lock feature of the Garmin Z82 will help you approach the green with more assurance.

How it works is you pan the Garmin Approach Z82 from the left towards the flag. Once the viewfinder pans over the actual flag, it will lock onto it. It will give off a light, quick vibration when it finds the flag. You will also see a crosshair that comes up red at first to let you know that it has locked onto the flag.

Then the crosshair will render yellow and give you the exact distance of the flag. The panning helps the Garmin Approach Z82 not to lock onto false targets like trees. We found this feature very useful for club selection on approach shots.

If you are familiar with Garmin golf GPS devices then you probably already know about green view. Green View allows you to see the shape of the green and tells you the distances to the front, back and center of it.

But how does green view work on a rangefinder? Just like the course map, an aerial display of the green shows up on the screen just to the left of the real time imaging. You will see a color map of the green as well as the distances to the front, back and center of it.

The hazard information works in the same way. You will see a full, color map of the hole you are on including water hazards, sand traps and doglegs on the left side of the screen. On the hole map, you will also see the distances to pertinent hazards and geographical features of the hole.

Plays Like With Wind Feature For Slope – Turn Off for Tournaments?

Say, for example, the day you are playing isn’t very windy. As you approach the flag, it isn’t being blown by the wind giving any indication of its speed or direction. Not a problem for the Garmin Approach Z82.

In the bottom left corner of the screen (the display that appears when you look through the eyepiece) you will see a little blue circle with the wind speed displayed inside of it. This circle is also pointed to indicate which direction the wind is blowing in.

The Garmin Approach Z82 is also capable of providing “plays like” distances for shots that are uphill or downhill. This is an incredibly helpful feature for casual play as it will help you figure out how much you have to hang your shot.

Speed of Use and Accuracy 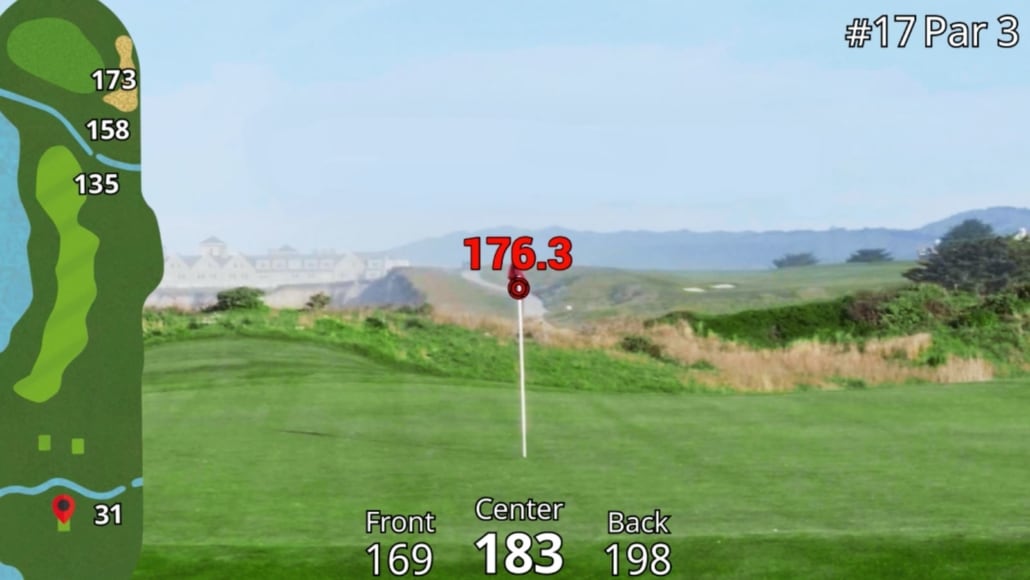 One of the drawbacks of the Z80 was that it took a while to connect with GPS satellites and to lock onto the pin. Garmin has addressed those issues with the Z82. Once you turn the device on, it only takes about 6 seconds for it to tell you which course you are on.

The pin locking speed could still use some work as you have to pan to the flag to lock onto it which takes a bit of time. But overall, it is faster than previous models and the panning helps to avoid locking onto false targets – so it’s more accurate as well.

In terms of target distance accuracy, the Garmin Approach Z82 performed very well. Even on targets that were 400 yards away, we found the Z82 to be accurate within 10 inches.

The Garmin Approach Z82 is ergonomically designed and feels good in the hand. The buttons are placed on the top of the device so you can easily reach them with your fingertips as you are holding the device to your eye.

The weight of the device is just over one pound. When it’s in its case and strapped to your bag with the carabiner, it is a bit heavier.

We gave the Garmin Approach Z82 a full charge before using it on two full rounds. Once we were done with both rounds, we found that we still had 36% battery life.

The Garmin Approach Z82 is powered by a rechargeable lithium ion battery. And in case you were wondering, yes it comes with its own charging cable.

And if you’re worried that it won’t be able to detect your local course, don’t be. The Garmin Approach Z82 comes preloaded with 41,000 course maps from around the world. 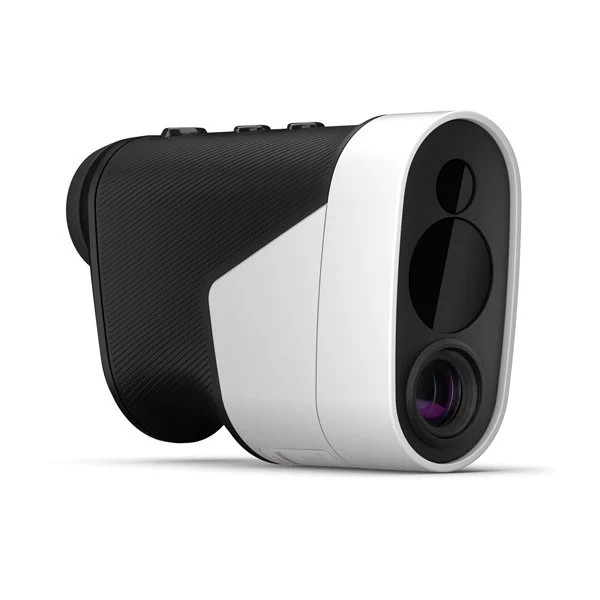 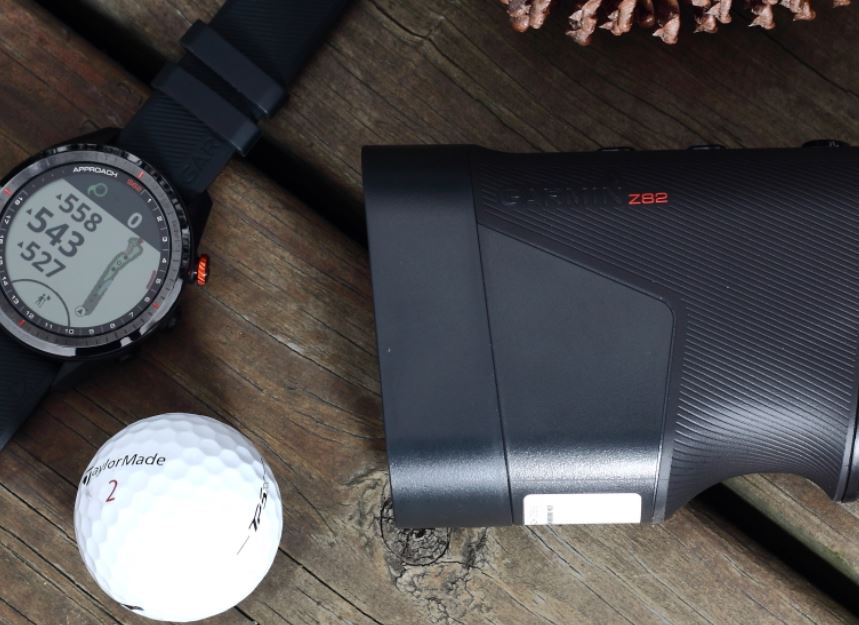 If you are comparing the Garmin Approach Z82 to a golf watch, the Garmin S62 is a good yard stick. It features a full color touchscreen display and has some of the same features as the Z82 like Green View, hazard distances, wind speed and direction indication and 41,000 course maps.

But there are differences. For instance the S62 lets you manually move the pin to the correct position but as a watch of course, it lacks the pin locking feature. The S62 also has a virtual caddie feature to help with club selection. 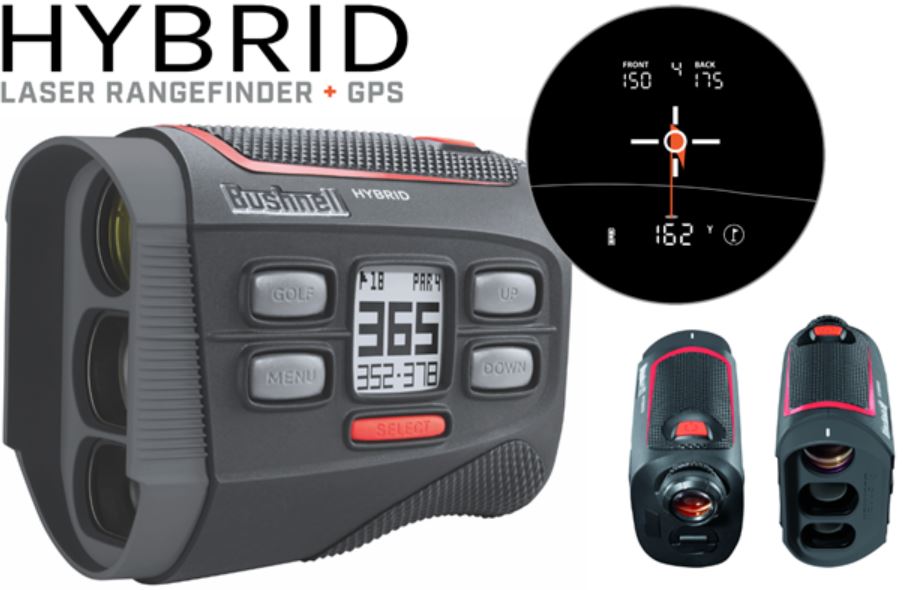 If you want to compare the Garmin Approach Z82 with other 2 in 1 rangefinder/GPS devices, the Bushnell stacks up pretty well. It actually has a screen on the side that displays par information and hazard distances. It features maps from 36,000 courses from 30 countries.

But overall, we like the Garmin Approach Z82 more since it integrates GPS technology more seamlessly than the Bushnell Hybrid. All the GPS information is right on the screen when you look through the eyepiece of the Z82 while on the Bushnell, you have to look at the side. 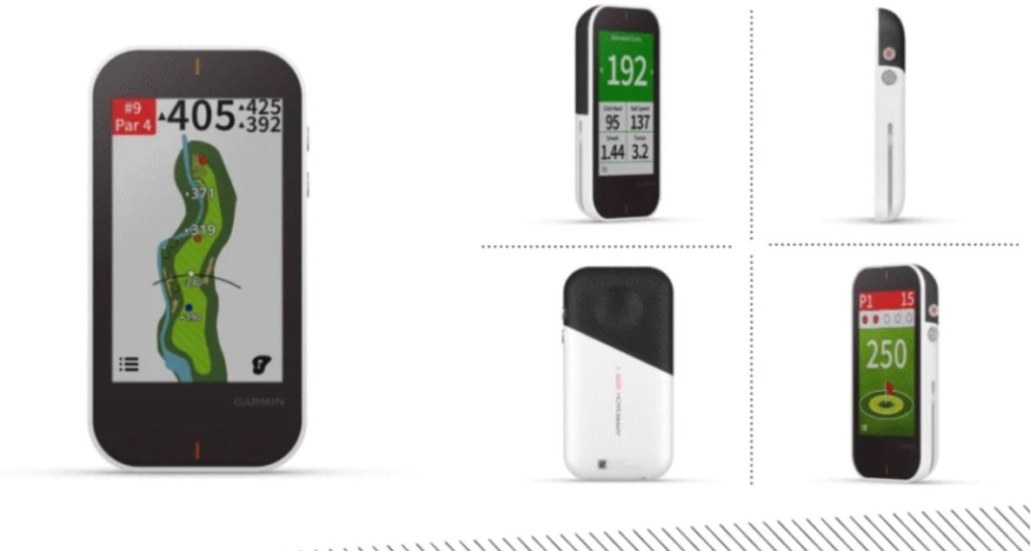 And if you want to compare the Garmin Approach Z82 to another innovative device from Garmin, we got you covered.

The G80 is the first device of its kind to combine a personal launch monitor with Golf GPS Device.

The G80 features a touchscreen color display that allows you to manually set the pin to the day’s location. You get 41,000 pre-loaded course maps, distances to hazards and Green View.

The launch monitor tracks things like Club Head Speed, Ball Speed, Carry Distance and Smash Factor. It can let you see exactly how far you are hitting each club at the range as well as the ability to virtually play any of the courses or aim at a target distance and see how close you can get.

While the G80 is an awesome device and much cheaper, we do also like being able to see the real-time image of our targets. And the Garmin Approach Z82 allows us to do just that.

Check Out More Reviews On The Garmin G80:

Should you buy the Garmin Approach Z82?

The Garmin Approach Z82 is the cleanest, and most useful hybrid golf GPS/rangefinder device we have ever used. It features advanced golf GPS data like wind speed, plays like distances and shot distance measurement.

And all of the data is rendered right before your eyes which makes it incredibly convenient. But it isn’t without its faults. For instance, we really wish they could make this thing just a little lighter. When it’s clipped to the bag, you can really feel the extra weight.

And while we understand that there is a lot going on inside of this little device, we also wish it didn’t take so long to charge. But in all honesty, these shortcomings are easily negligible in light of how much it actually helps us play a hole. 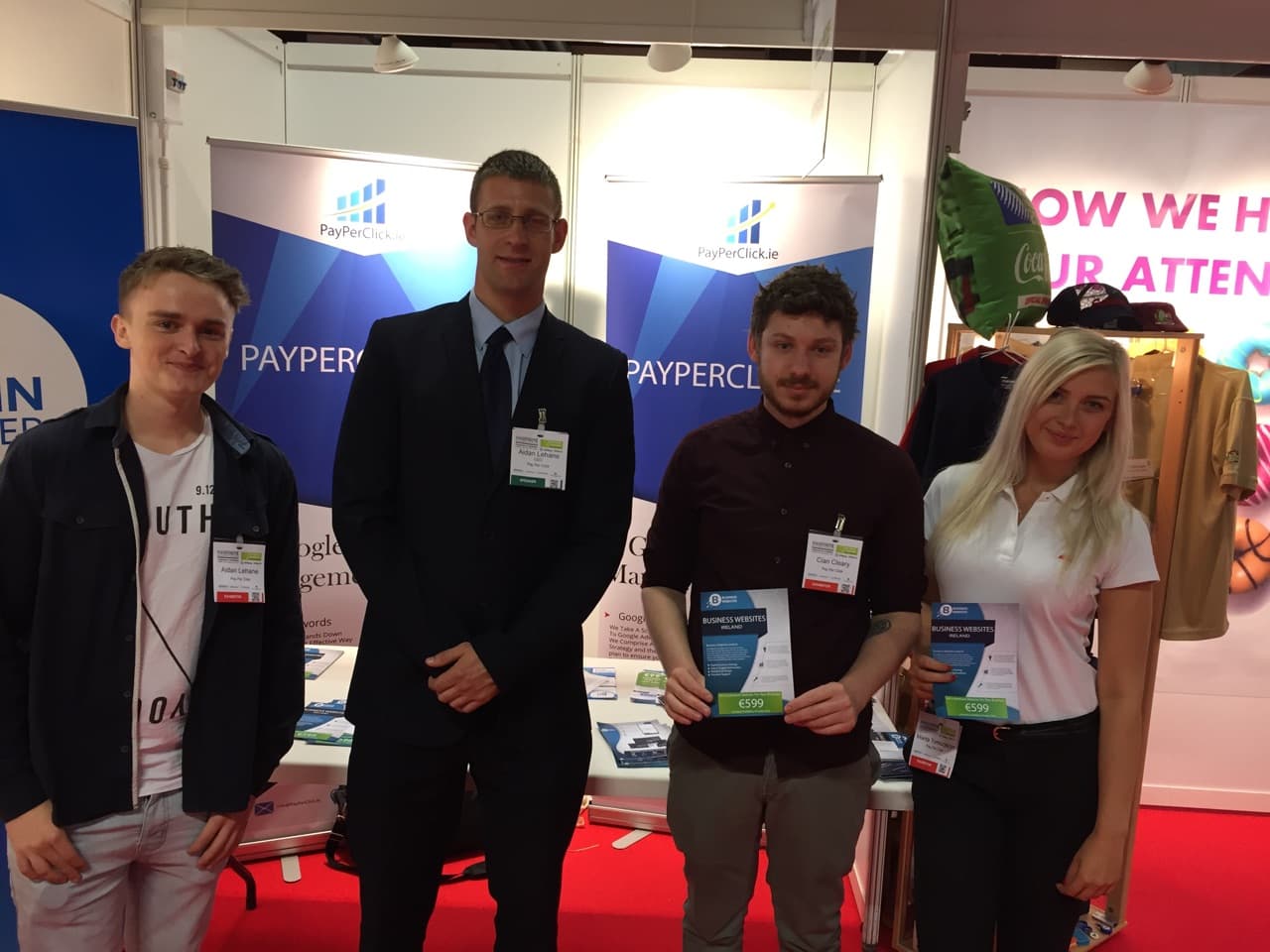 Aidan Lehane is a serial entrepreneur and scratch golfer who loves to get out on the course as often as possible. Aidan loves testing out new golf products and bringing his views to the public. I am not a pro yet but my handicap is improving every year and the new equipment always helps!

Garmin Z80 vs Z82 – How Much Has The New Device Improved?