You are here: Home / Blog / All Golf Equipment Reviews / Garmin Approach R10 Vs Flightscope Mevo Plus – What’s The Best Buy?...

We had a lot of fun testing both of these devices. And you’ll see why deciding which was best was very hard for us.

We’ll start with the basics though. Both of these devices are radar launch monitors first and foremost.

While both of them can be connected to apps for a simulated, virtual golf experience, they were both clearly designed mainly as golf launch monitors. They can both be used indoors and outdoors as well. 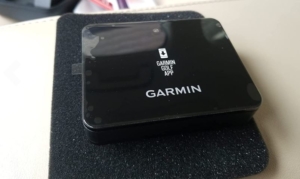 It can also record video of your shot, overlaid with real data,  which you can see on your smartphone.

As a radar device, it is certainly more accurate indoors than outdoors. However, we liked the fact that it is very easy to set up and provides so much data.

The Garmin R10 is also compatible with one of our favorite golf simulator apps, E6 Connect.

There are also some other cool apps you can sync up to the Garmin R10. The Home Tee Hero app, which simulates your local course, was fun. Although, you need to pay a subscription fee for it. 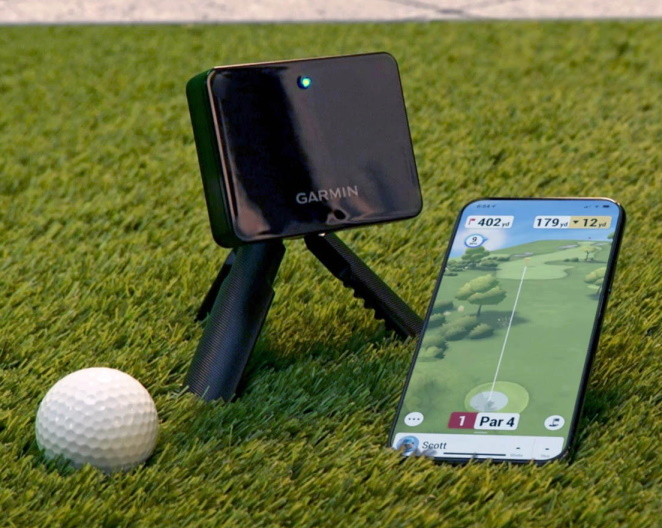 The Flightscope Mevo Plus 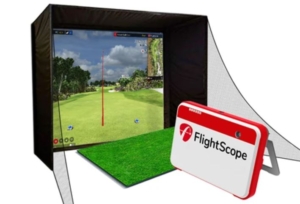 The Mevo Plus is also a portable launch monitor that you can use indoors, outdoors or at the range. Like the R10, it uses radar technology to track shots.

Unlike the R10, it has an onboard camera which makes aligning it much simpler and easier.

The Flightscope apps give you access to 17 practice ranges and 5 simulated courses. 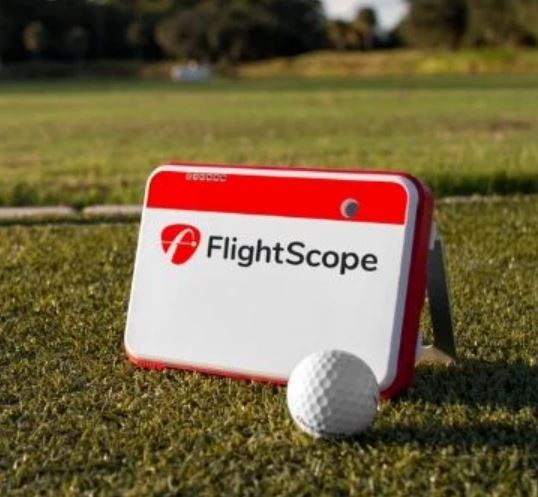 What you Get with Each

Both of these devices come with pretty simple setups. With the Garmin Approach R10, you get the device itself, a folding tripod, a carrying case, phone mount, and a micro USB charging cable.

With the Flightscope Mevo plus, you get the device and access to E6 Connect and both Flightscope Golf apps. There is also a phone mount option; but you have to pay extra for that.

To give you a better idea of what you can expect from both of these devices, we broke down accuracy and performance into the following categories:

Here are some other devices to consider:

Which is the Best? 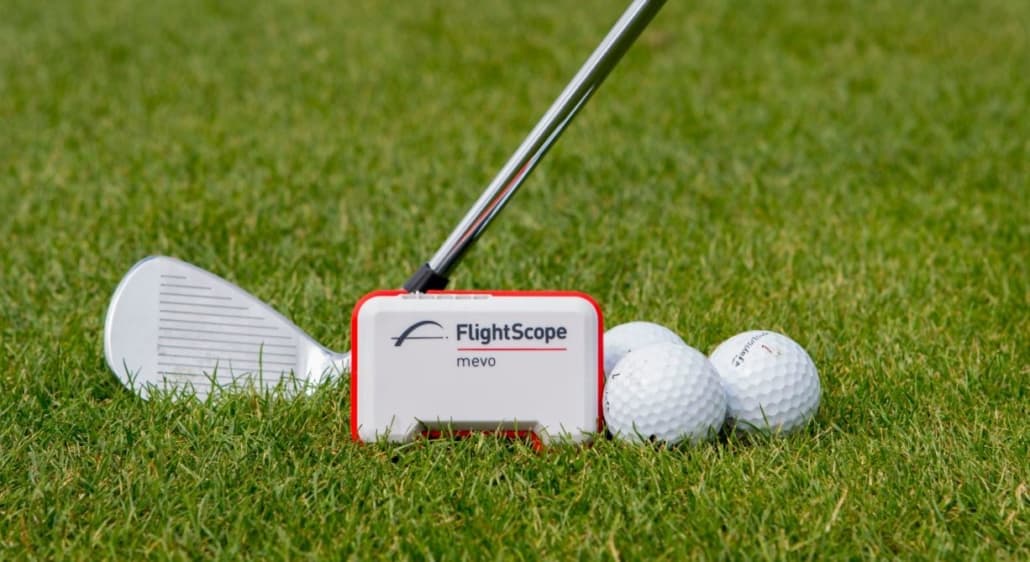 You are going to pay significantly more for it, but we think the Flightscope Mevo Plus was the better launch monitor overall.

The software quality is just about the same and it’s more accurate than the Garmin Approach R10.