Forged Vs. Cast Irons For Golf – Which Clubs Are Better

You are here: Home / Blog / Golf Clubs / Forged Vs. Cast Irons For Golf – Which Clubs Are Better

Not all golf irons are created equal. The two types of irons that we will discuss in our guide is a forged iron and cast iron. These types of irons were at one point quite different from each other, but as time has gone on, they are becoming more and more similar. Some people think a forged iron is better than a cast without really understanding the differences. We are here to clear that up!

A forged golf iron is a club that is made out of one solid block of metal. The irons are carved and shaped, and they are one solid piece of material. A cast iron is an iron that is made from a mold. Hot metal is poured in the mold into the desired shape, and the result is a cast iron golf club.

The only real difference in these irons is that they are made two different ways; however, the process that they go through when they are produced does cause some differences in the performance of the iron itself. 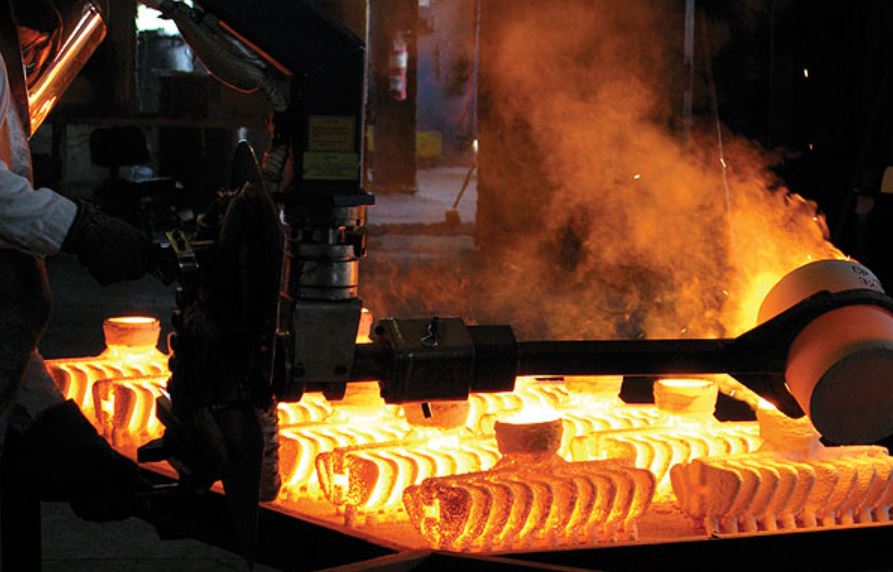 The cast or cavity back iron is a newer design than the forged irons. In years past, when blacksmiths were the ones that were designing and producing golf clubs, the cast iron clubs did not exist. Since the discovery of the cast golf clubs, the clubs themselves have become quite a bit more forgiving.

The cavity back irons are considered game improvement irons. They are much easier to launch, and they are more forgiving than the forged irons. Without the cast irons, many middle handicappers would still be high handicappers.

The process of producing a cast iron is quite a bit easier and cheaper than that of a forged. This leads to better pricing on the cast irons as well, which is a feature the many people enjoy. 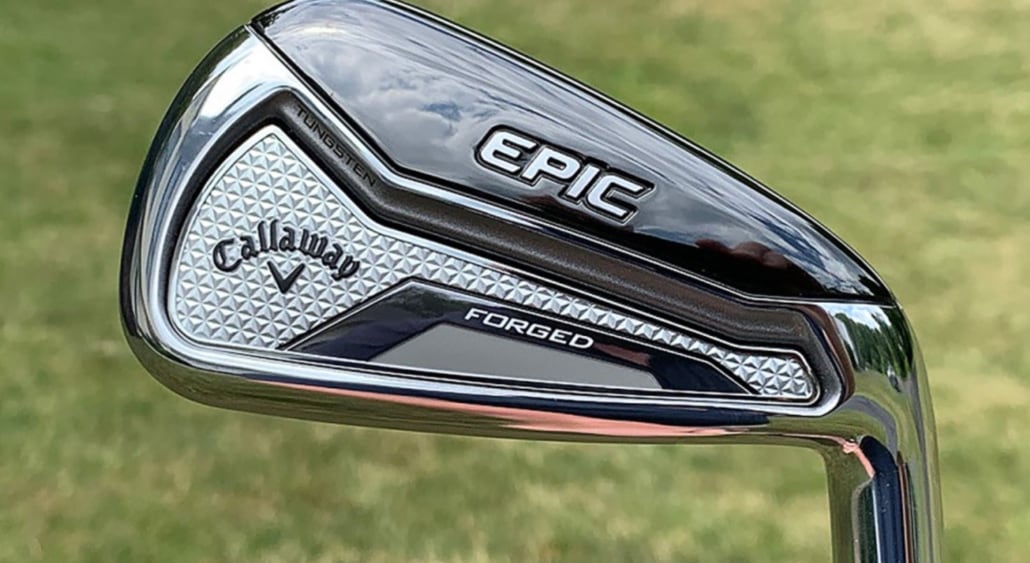 Forged irons are thought to be more of a player’s club. Since this is a more traditional iron and has been around for many years, the forged iron gets a better name than the cast iron. In reality, cast irons are going to be almost as good as a forged iron in the modern golf world.

Where cast irons have started to have better feel, the forged irons have begun to have more forgiveness. The line of difference between these two types of irons is beginning to get smaller and smaller.

If you like to work the golf ball and hit shots that are more controlled as far as ball flight and launch angle than the forged is going to be a better choice. Of course, the process of making a forged iron is a bit more labor-intensive than that of a cast, so you will pay more for a set of forged irons.

Who Should Use Cast Irons?

There are several groups of people that will do best with the cast irons. Mostly you are going to want to use the cast if you are a mid to higher handicapper that demands quite a bit when it comes to forgiveness and distance.

Who Should Use Forged Irons?

Forged irons are known to be the better feeling club, so, therefore, the better players will naturally gravitate towards the forged irons. There are situations where higher handicappers feel as though forged is a better fit for their game.

Cast Irons are the ones that you probably hear more about than the forged. Large manufacturers know that most of the consumers are looking for game improvement type irons, and those will undoubtedly fall into the cast category. Here are three of our favorites on the market right now. 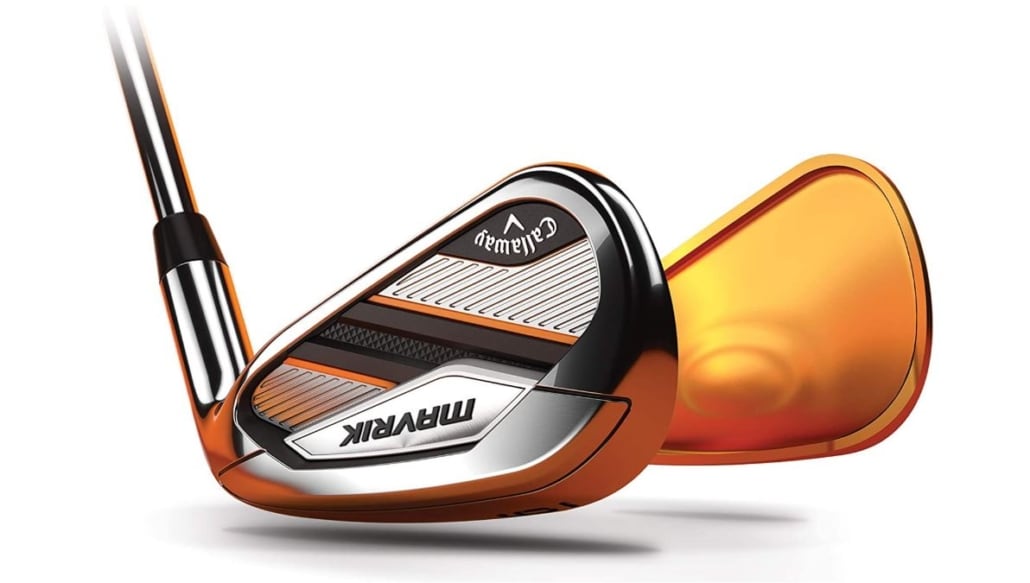 The latest release for Callaway is the new Mavrik Iron. Callaway used artificial intelligence to develop this iron into a very long and forgiving golf club that has had some fantastic results for the mid to high handicapper. The Rogue Callaway irons of last year were very well received, but they didn’t have the best feel. The Mavrik feel great, sound great, and have some incredible ball speed coming off the clubface. If you have irons that are five or more years old, you will be pleasantly surprised by the advancements in technology on the Mavrik irons. 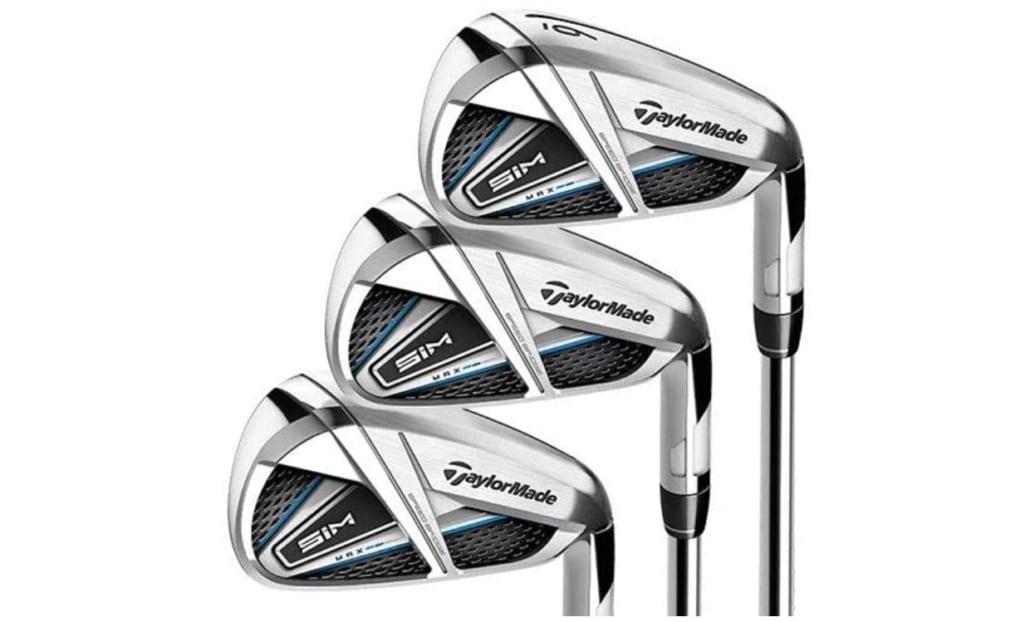 Interestingly enough, the TaylorMade SIM Max irons are designed to be as close to a forged iron as a cavity back can be. TaylorMade has always been a leader when it comes to ball speed and forgiveness. Where they wanted to change things on the SIM Max was they wanted to make them feel much better.

They used their new Echo Damping system to help make it, so there is little to no vibration when you hit a golf ball with these irons. With the better feel and the increased distance these irons provide, you will be very happy with the TaylorMade SIM Max. 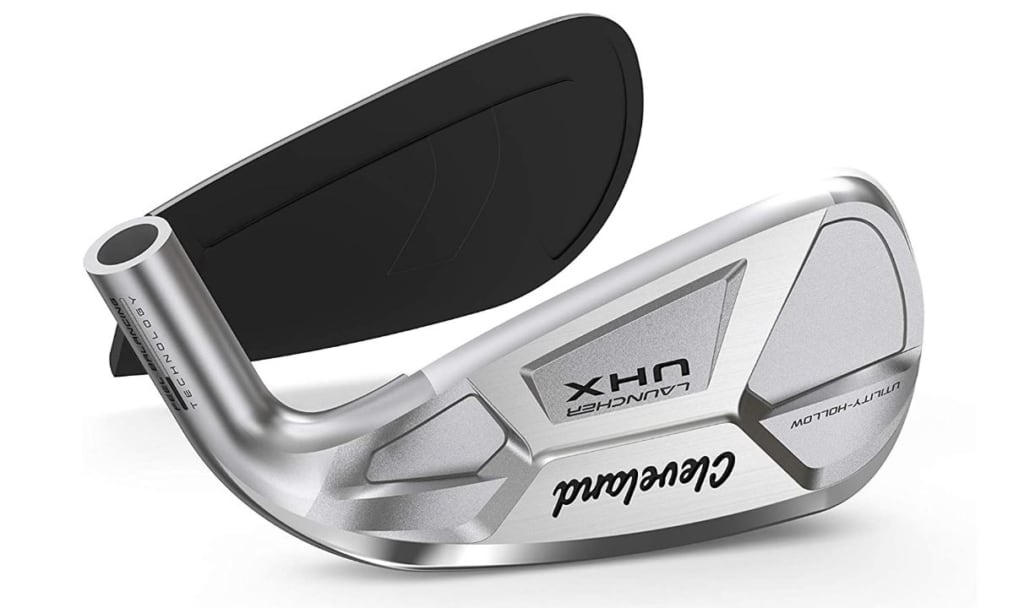 The newest cast release for the Cleveland Golf Company is the UHX iron. The UHX is a progressive iron set. The wedges are going to be thinner and more workable than something like the four iron that almost starts to look a little like a hybrid. These irons have a low center of gravity, great distance and forgiveness as well. Our favorite thing about the UHX is the grooves. The grooves on these wedges have tour zip capability that will let you stop the ball where you want it on a green. This is a very nice addition and something helpful to have on the scoring clubs.

When looking at forged irons, you need to make sure that you remember the manufacturing process for these clubs is a bit more expensive. This is going to be reflected in the price, but as most people will admit, the price is worth it for the performance and feel you get from a great forged iron. 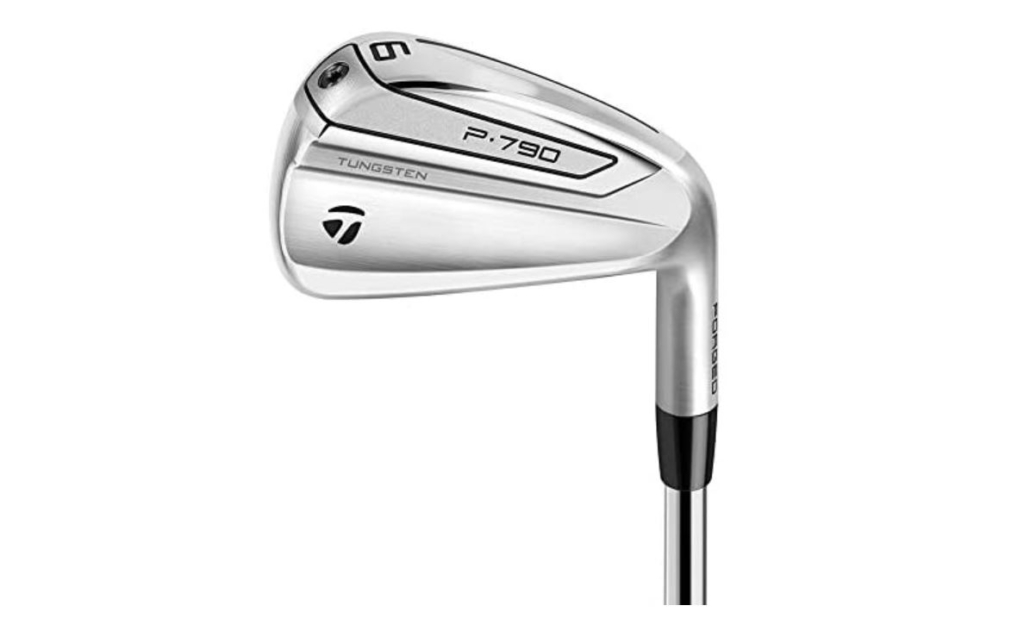 The TaylorMade P790 Irons are not the newest release from TaylorMade, but they have stayed on top of the best irons list for several years. The P790 is a forged iron with a hollow body construction. The P790 has been a great mix of both forgiveness and distance for the players that have switched to them. The only problem with the P790 (and most forged golf clubs) is going to be the high price. 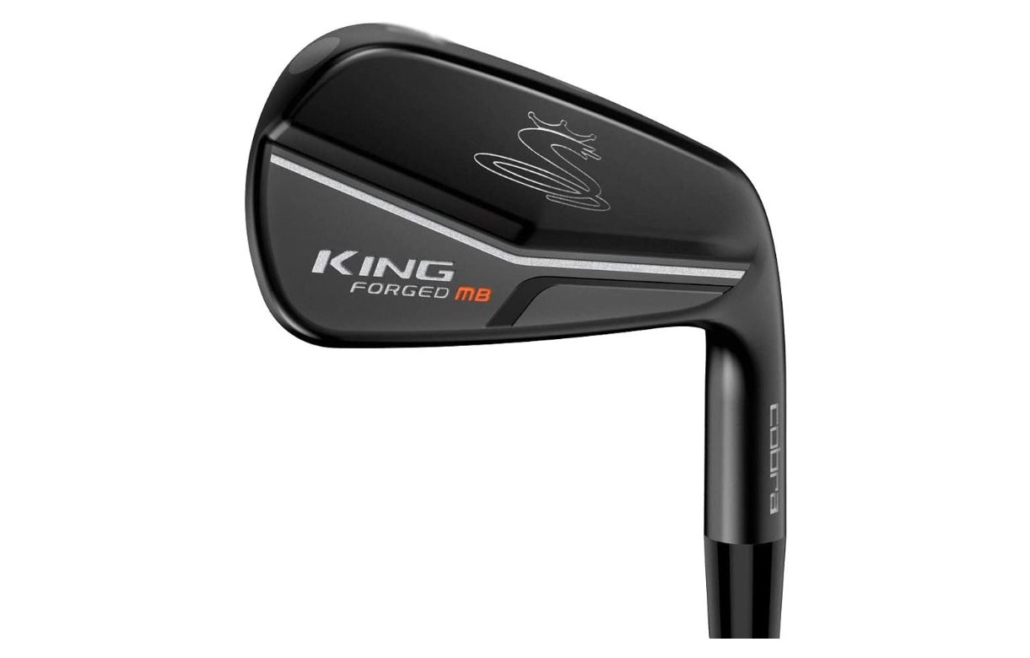 Cobra is known for making very forgiving and easy to hit golf clubs for mid to higher handicaps. However, true players know that the Cobra forged irons are some of the best feeling clubs in the game of golf. A five-step forging process helps to deliver more precise iron shaping with these CB/MB irons, and it will give you a great feel. The CNC milling on the face and grooves makes these irons precise; if there is a type of shot you want to hit, you can do it with the Cobra Forged. 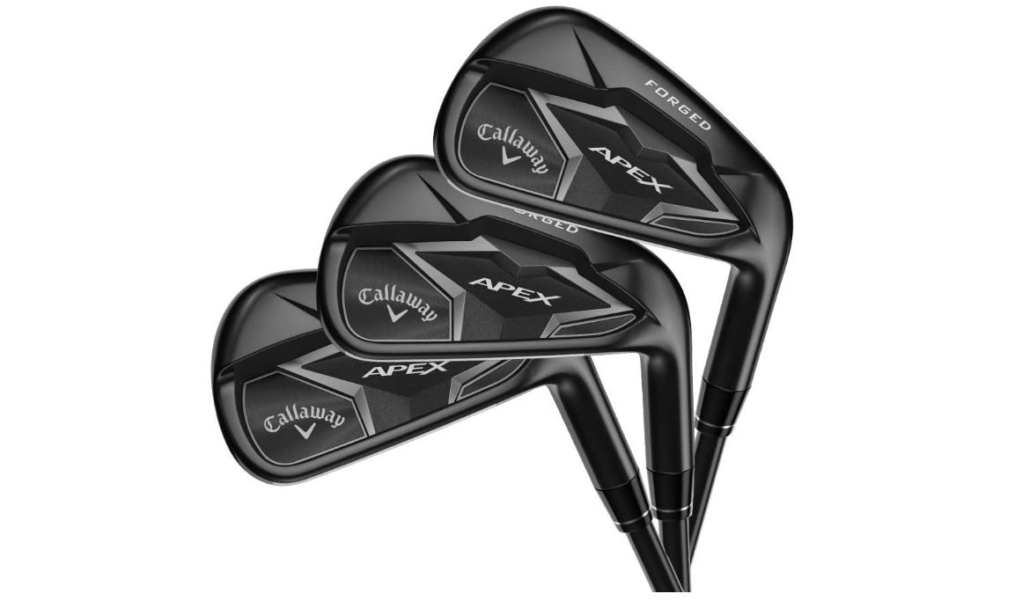 The Callaway Golf Apex Smoke Iron is all about distance while still providing plenty of feel and shot-making capability for the better player. We love the coloring and design of these irons with their new PVD Smoke finish. As far as feel is concerned, they are made from a 1025 mild carbon steel, and Callaway somehow managed to get their Urethane Microspheres inside the clubhead as well. This is a set of clubs that will earn a spot in your golf bag for a very long time.

Are Forged Irons Harder To Hit? 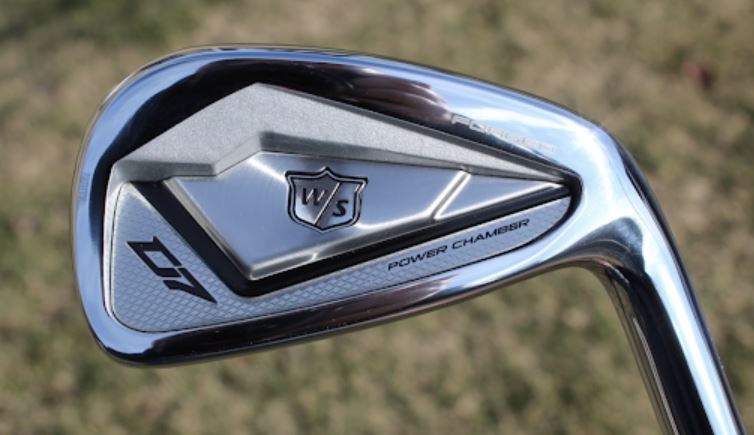 Forged irons are usually a little harder to hit than a cavity back iron. Since a forged iron is molded from a single piece of metal, it is hard to give it the capabilities that it needs to be quite as forgiving as a cast or cavity back iron.

The shape and design of the cavity back iron itself are what make it so forgiving and easy to hit. The center of gravity can be built to be lower, and there are inserts, weights, and even things like urethane microspheres that get injected into the club head itself.

These things are precisely what makes players choose the forged over the cavity back. The golf purist doesn’t want anything that could cause instability or vibration in a club head. They want a piece of metal with grooves that they can rely on to produce golf shots.

For some players, they are going to want forged clubs throughout their entire bag, and this will include the wedges. Forged wedges are quite popular among the lower handicap players. Many people don’t realize that some of the best wedges are a cast design.

The most important part about a golf wedge is making sure that it has the feel, bounce, and spin that you need to hit a variety of shots. It does not matter which process was used to make the wedge as it will not have a significant impact on the performance of the wedge itself.

Some cavity back wedges made by Cleveland are becoming increasingly popular because they are making the wedge game that much easier for the average golfer. In years past, the only wedge options were available were more like the blade-style wedges.

Are Vokey Wedges Cast Or Forged? 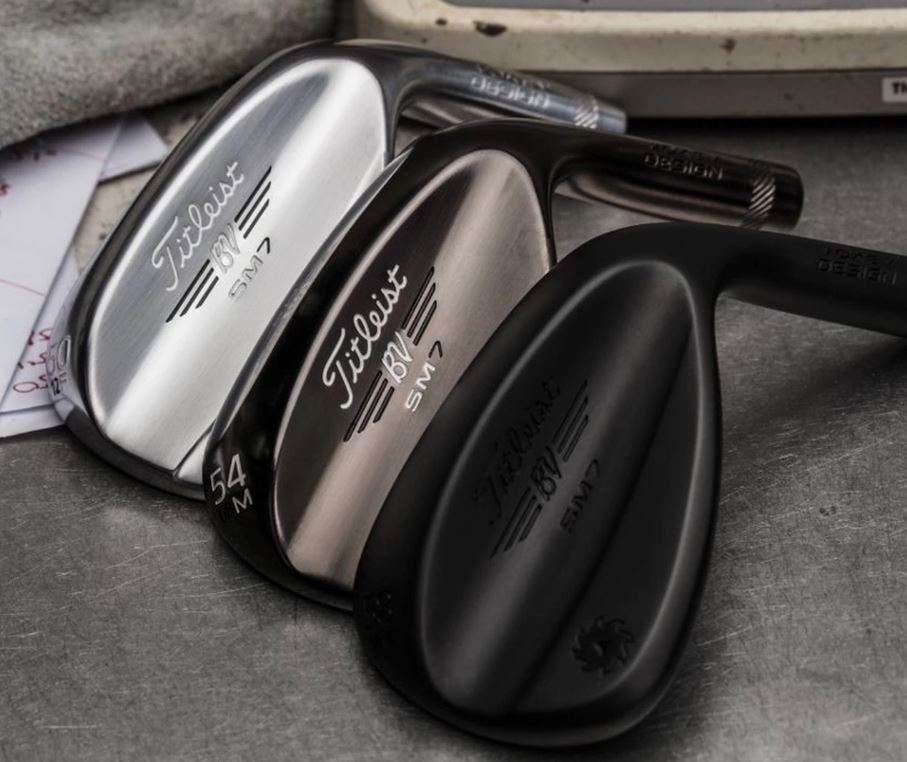 An interesting fact that surprises many golfers is that Vokey wedges are cast and not forged. The Vokey wedges are made by Titleist, and they are very high performing and one of the most widely used on the PGA Tour.

Since the Vokey wedges are so widely known for being used by professionals, the fact that they are not forged comes as a surprise. One of the reasons that the Vokey is not a forged club is because it is offered in so many different lofts and grind combinations.

Since there are so many combinations, it is hard to make these clubs forged. Instead, they can make them more precise by having an exact mold for each loft, bounce, and grind combination. Then they can ensure that the products are of the highest quality before leaving the warehouse.

Can High Handicappers Use Forged Irons

One common question that golf professionals get is can higher handicappers use forged irons. The answer to this is that a high handicapper can use any club that appeals to them. There are no rules, but there are a few considerations to keep in mind.

A higher handicapper usually needs extra forgiveness and extra distance. If they miss a shot slightly with a cavity back or cast iron, then they still have a chance of a decent result. If you miss a ball with forged iron, you will likely see some ugly golf shots.

Some like to argue that this forces a high handicapper to get better at golf. Although that is the truth, you have to be a dedicated and diligent golfer to accept this path. 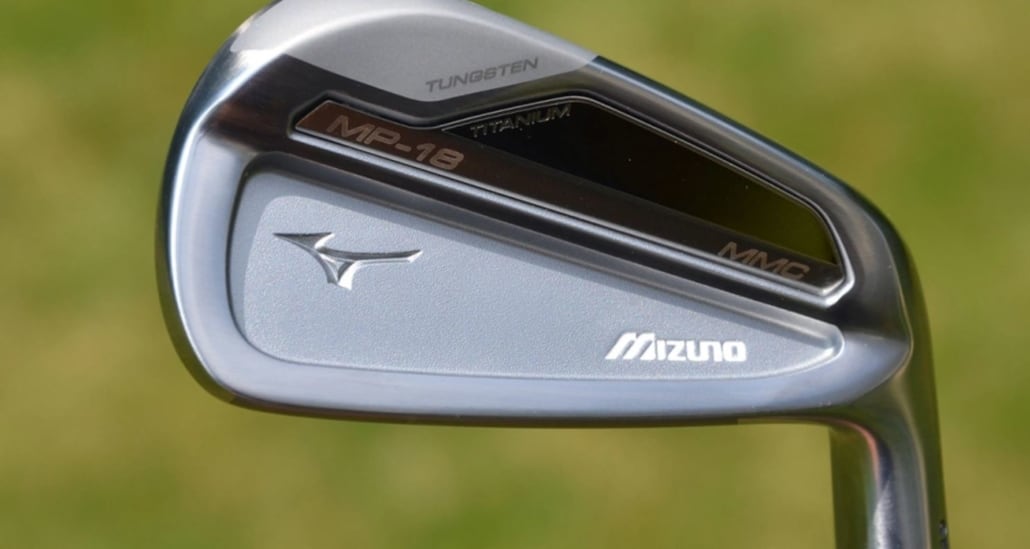 When it comes to forged vs. cast irons, there is no right or wrong answer. If you like the feel of a forged, then you should play with forged; if you want the forgiveness and distance of the cast, then you should play with that. Find a set of irons that you like, regardless of how they were manufactured and learn to play them well. By testing out different iron types, you should be able to feel the differences between them and determine which ones would be the best fit for your game.

The Essential Clubs A Beginner Golfer Needs To Get Started – Ultimate...