Driver Off The Deck – Why, When & How – Everything You Need To Know

You are here: Home / Blog / All Golf Equipment Reviews / Driver Off The Deck – Why, When & How – Everything You...

Driver Off The Deck – Why, When & How – Everything You Need To Know 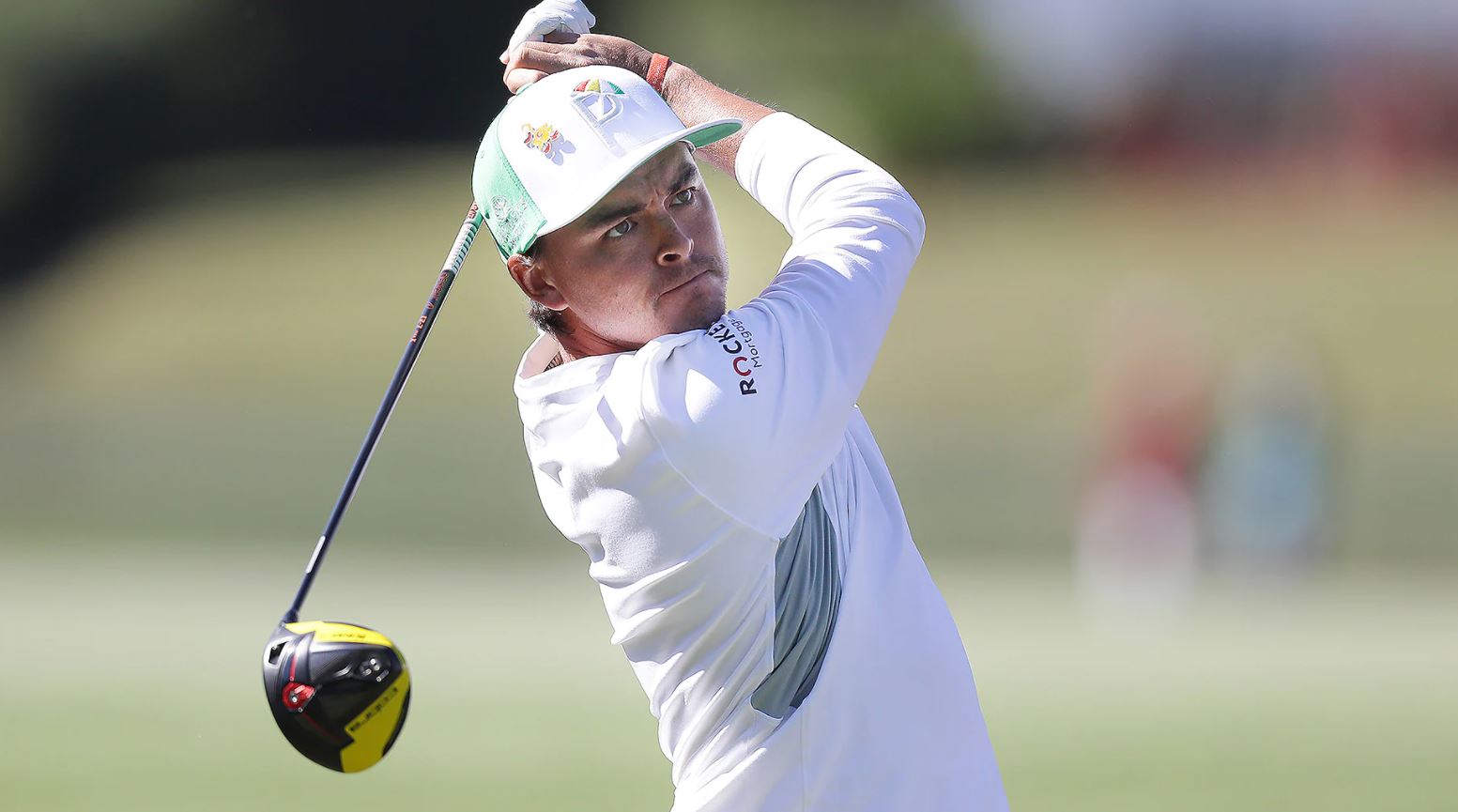 If there is one shot that is sure to impress anyone it is the driver off the deck.

It is the shot we try when we are having a laugh with friends or when we are in a scramble and it doesn’t matter so much.

The driver off the deck can be a showstopper but it can also make you look stupid.

Today we are going to dissect this shot and tell you everything you need to know about the driver off the deck.

We will help you maximise your chances off pulling that shot off and being the hero of the day for doing it.

Let’s dive into the ultimate risk versus reward golf shot.

What Exactly Is A Driver Off The Deck

This is when you’re on the fairway but even a three wood isn’t enough club to get you to the green.

You decide that you will try to hit your driver from the turf to get as much distance as possible.

Here is a compilation of the best in the world doing their thing with the driver.

It is a shot that doesn’t go very high, which can make it a great one when playing in windy conditions and it tends to roll for a long way.

The biggest issue with the driver off the deck is that no-one practices this shot then attempts it on the course, try it at the range where it is safe.

Why Would You Want To Hit A Driver Off The Deck? 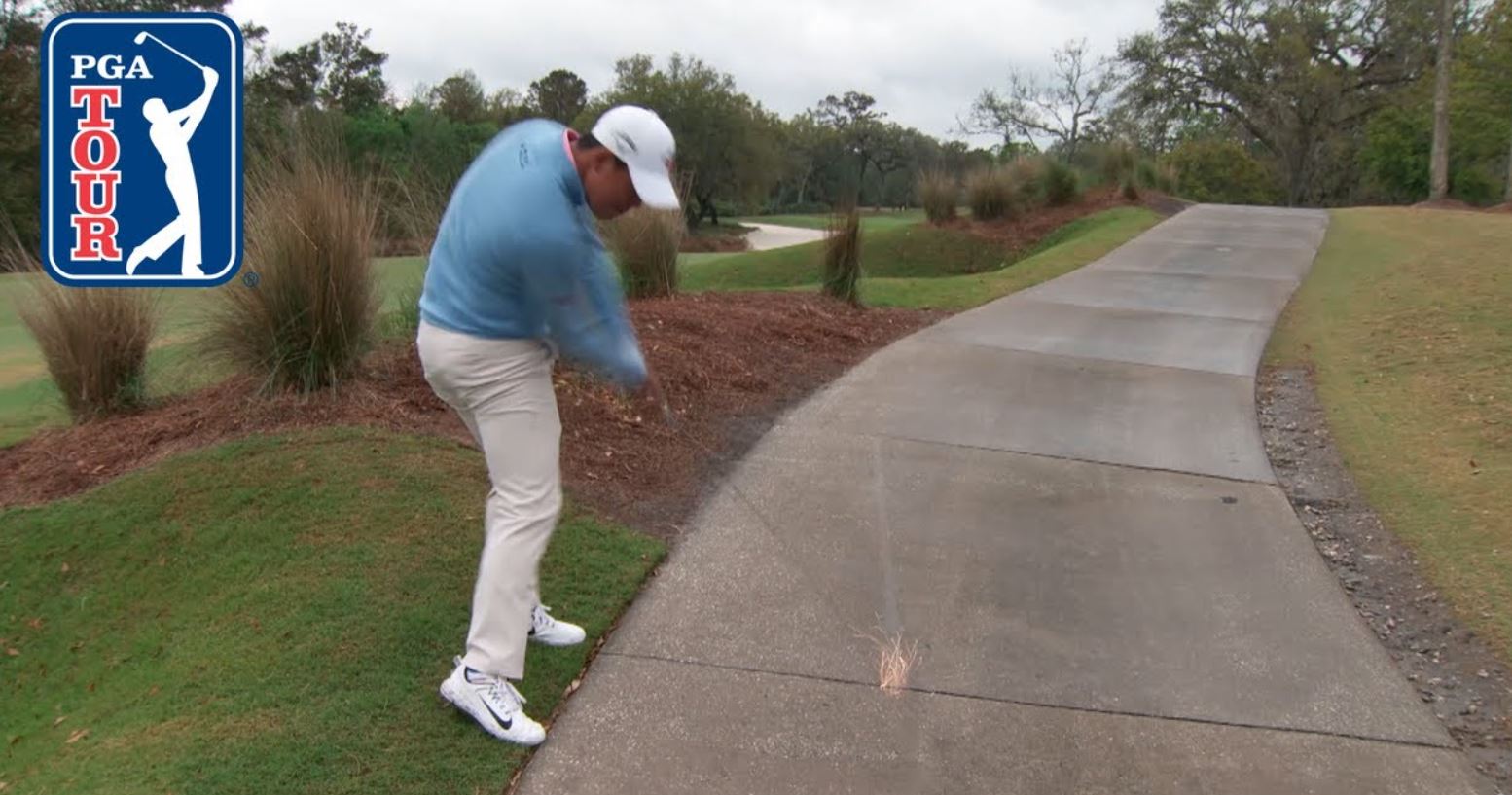 There are some hints on that in the section above but there are certain specific occasions when the driver is a great club to be able to pull out and rip from the fairway.

Before anything else though, it is vital to have a really perfect lie on the fairway for this shot. Here are examples:

Reaching A Par Five In Two

The main reason would be that your three wood isn’t enough to reach the green on the second shot of a long hole.

If you get good at executing this shot then it will go significantly further than your three wood so it can be worth developing that skill.

If it is a windy day and you want a super-low piercing shot to avoid the wind, the driver off the deck is perfect.

You will notice that the ball will scamper up the fairway and seem to run for miles when you hit this shot.

No amount of gale force wind can trouble the driver off the deck, similar to a driving off the tee.

Punch The Ball Out Of Trouble

Have you ever found yourself stuck in a horrible spot but needing to advance the ball quite far in order give yourself a chance at saving par or bogey?

Well, this is where a driver can really help you. One of the best in the world at this is 2021 PGA Championship winner, Phil Mickelson.

Could A High Handicapper Use A Driver Off The Deck?

This is a high risk play, however, getting it wrong usually means topping the ball or only advancing it a up the fairway 100 yards or so.

However, I think you are better to get good with a 3 wood or just lay-up to play the most sensible shot and minimise risks.

Is It Just For Pros?

This is a shot that pays off very infrequently and so it is one even most pros shouldn’t be considering.

It is, in my opinion, a “Hollywood shot” that is perfect for matchplay when you need a hail Mary shot but not ideal for stroke play.

What Pros Are Known To Hit The Driver Off The Deck Well?

These are some of the best ball-strikers in the game and this is what this shot demands.

Driver Vs 3 Wood Off The Deck

Here is a video where the guys at TXG compare these two shots. In this video the results shows that the 3 wood goes further but with more spin.

This is really interesting because it suggests that the driver is only useful for that super-low flight rather than gaining distance.

Does A Driver Off The Deck Go Further Than A Three Wood?

Probably not. A well-struck 3 wood, which is easier to hit than the driver, will result in more optimal launch conditions and so more distance.

A driver off the deck comes off low on the face and tends to mean that you don’t get the optimum launch conditions and distance.

Pros And Cons Of Driver Off The Deck 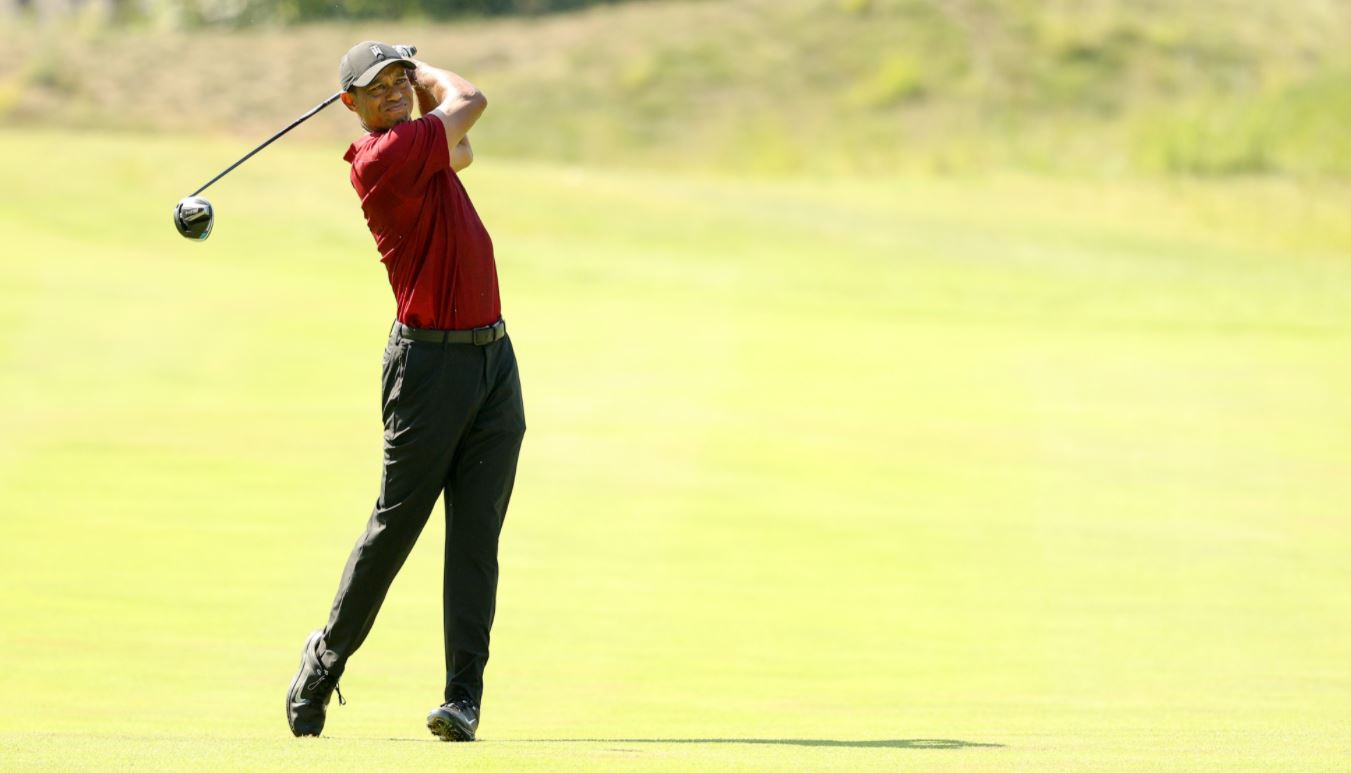 The driver off the deck is a great shot to have in the bag for certain conditions.

On hard running courses like links tracks or on very windy days it can be great.

The low launch and extended roll-out can be useful, it can also help you get the ball further out of danger than other clubs.

This is easily the hardest shot in golf to execute well and it can go badly wrong.

The tendency can be to hit a big slice so if you catch it you could be looking at a lost ball right.

This is a shot that people never practice so that can make it a tough on to execute too.

Tips For How To Hit Driver Off The Deck Well 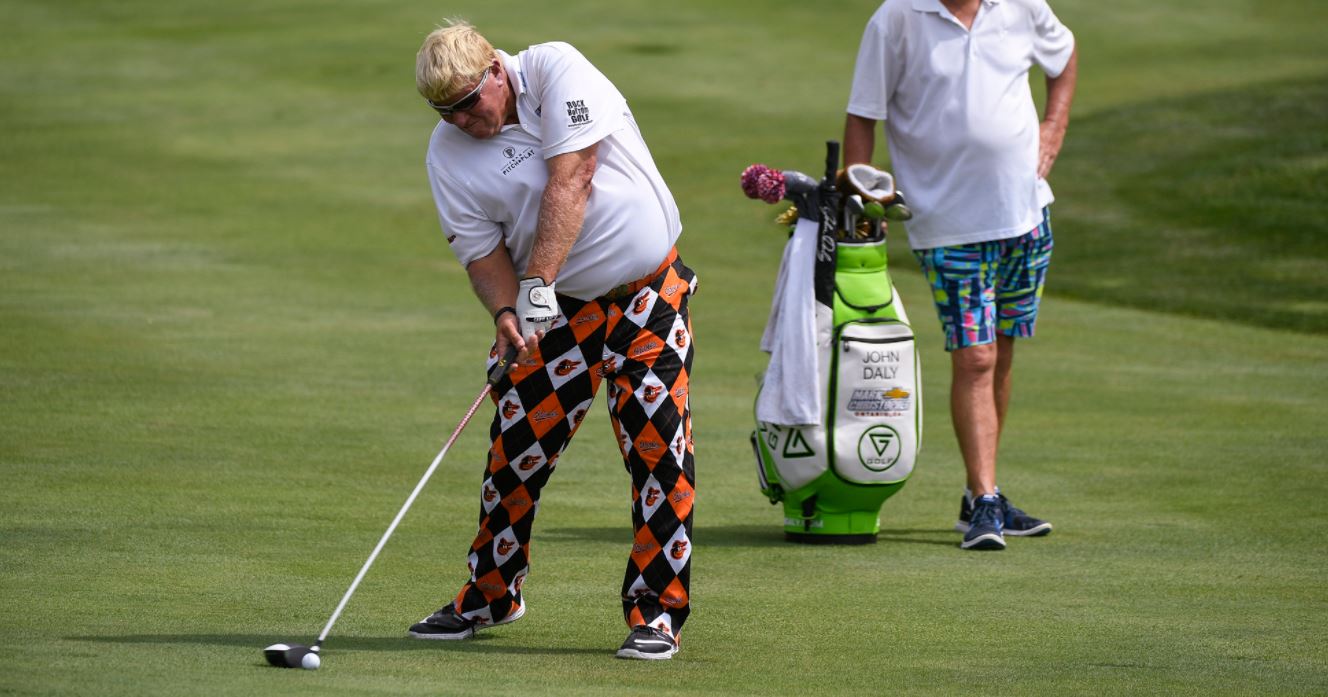 If this is a shot that you feel you want to have in your locker then you have to practice it.

Spend time hitting a few every time you’re at the range and build consistency in the shot.

This will take work but practice hitting shots with your 3 wood without taking a divot.

This will get you into the habit of sweeping your woods rather than hitting down on them.

This type of swing can help you hit the driver off the deck more efficiently.

You can make it a little easier for yourself by getting good at hitting your driver from a really low tee.

Something like how you would tee up an iron on a par three hole.

This makes the shot slightly easier so you can build confidence whilst not being miles away from hitting off the deck.

Famous Driver Off The Deck Shots

This is the most spectacular of golf shots and when you pull it off on tour you are likely to make the highlight reel.

Here is a selection of some of the best executions of this shot from YouTube:

Bubba Watson hit driver-driver-putter to eagle at Kapalua Plantation in 2011. One of the most creative golfers of modern times, Bubba delighted the crowd with this incredible display of ball-striking and went on to get a well-deserved eagle.

From 292 yards, Tiger smashed this driver off the deck and gave himself an eagle chance at the PGA Grand Slam event in 2002. The amazing thing about this shot is how quickly it settles on the green so he must have hit it really high to achieve that.

In 1996, at the Dubai Desert Classic, Colin Montgomerie ripped a driver over the water and in close to the flag to seal his victory. Whilst the driver head is considerably smaller than modern equivalents, this was a phenomenal shot in the heat of the battle.

3 Best Drivers For Hitting Off The Deck

For this you want something with a shallower face which is usually a driver that doesn’t kill spin too much.

It will also look a little easier at address as some driver heads can make the ball look like a grain of sand! 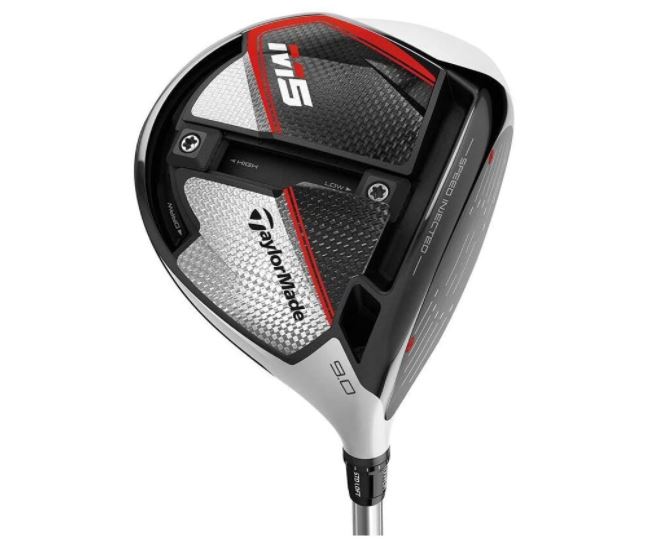 The TaylorMade M5 is a great option here as the Twist Face technology can help you in keeping the ball straight when you attempt this shot.

The moveable weights mean you could conceivably move the centre of gravity to help you too, although remember to ensure it’s good from the tee.

This driver is a bit of spin-killer so it may be difficult to get the ball off the ground when you hit it off the deck. However, the adjustable hosel means you can add loft to make that a little easier. 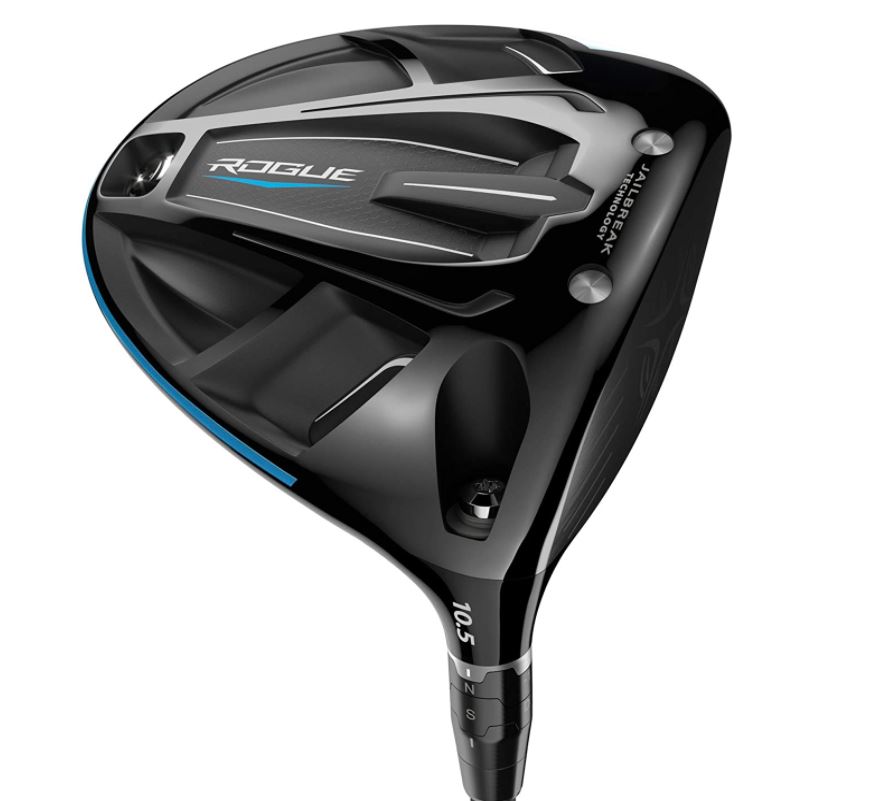 Phil Mickelson is the master of the driver off the deck, he plays Callaway drivers so the Rogue makes this list.

This driver has an incredibly hot face which means that even though you may not catch it perfectly off the deck, it will still go far!

The downside of this club is that it has quite a deep face, this can make it far more difficult to hit as well as not feeling great at impact. Anyway, it’s a great driver so off the tee makes up for this. 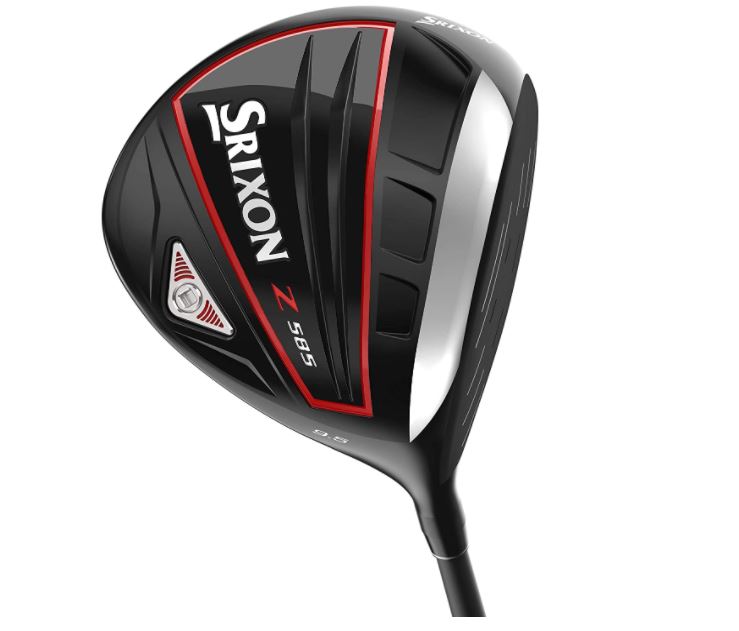 This is one of the most forgiving drivers on the market and the Z585 can give you extra leeway to help you hit it off the deck.

This driver is as good as it gets and there is no adjustability which some will absolutely love.

The strength of no adjustability may be seen by many as a weakness so this actually goes in as a con too.

This is a phenomenal all-rounder of a golf club!

The driver off the deck is a high-risk shot but one that will astound people when you get it right. By getting some consistent practice in you can maximize your chance of hitting this shot well and adding a new fact to your game.

Is The 3 Wood A Better Option Though?

This is a higher-percentage shot and one with less risk, it is a shot you should practice and get good at.

If you can’t reach with a 3 wood then lay up, it’s boring but it works. Save the driver off the deck for matchplay or for scrambles, then you have more people to impress with it too.

Game Improvement Irons Vs Blades – What’s Better And For Who?