It can easily be argued that the game of golf has it’s roots in Great Britain. The game was born there, was developed and refined into what we know it to be today. So it’s only fitting that some of the best golfers to ever play the game have hailed from Britannia.

Over the decades, greats like Rory Mcilroy, Nick Faldo and Justin Rose have thrilled us with win after dramatic win. While the world outside of Great Britain has given us monumental players, it’s fun to narrow the scope of accomplishments in the sport in terms of where players hail. 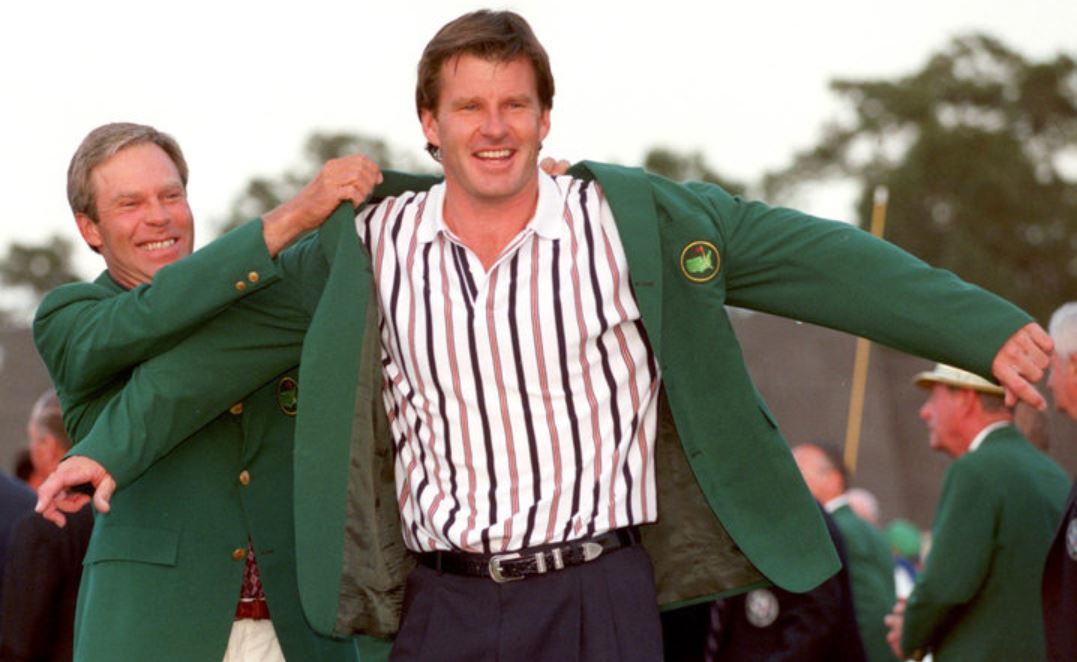 In the wake of the grueling rivalry between Greg Norman and Seve Ballesteros in the 80’s the golfing world was ready for a new champion.

That’s when Nick Faldo rose to prominence. He won his first Master’s Tournament in 1990 and continued to dominate the decade until it’s closing years.

He’s racked up a total of 9 PGA Tour Championship wins including 6 majors. He remains one of the most decorated European players. Aside from his official achievements on the links, Faldo can also boast that he sat atop the World Golf Rankings at the number one spot for n astounding 98 week stretch.

Quite frankly it was easy to place Faldo at the top of our rankings. He is still to this day the English player with the most Major wins. And though golfers coming up today may not be very familiar with him as he made his exit from the game in 2015, his legacy still remains firmly in place.

And did you know that Nick Faldo is really Sir Nick Faldo? In 2009 Nick Flado earned Knighthood in his native England for his contributions to the game of golf. 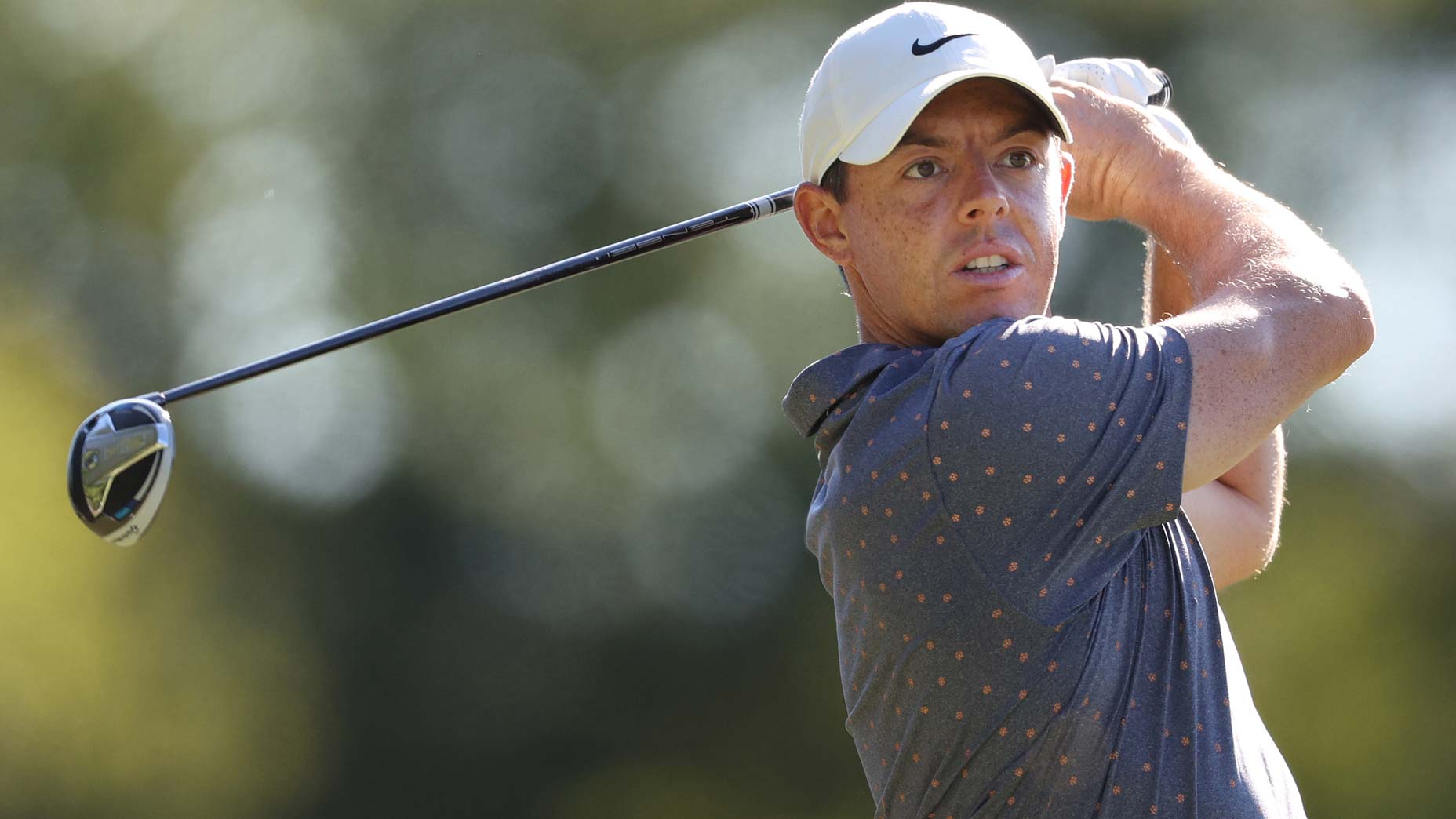 Rory Mcilroy remains one of the most successful professional golfers to ever come out of Northern Ireland. In fact, his success in terms of earnings and wealth stretch beyond the game of golf.

He is on track to become one of the most successful athletes among all professional sports worldwide.

High-profile endorsement deals certainly don’t hurt his bottom line. Rory has been on the Nike team since 2013. Also in 2013, EA took the name of their popular pro golf video game from Tiger Woods and bestowed it on Rory Mcilroy.

Of course, Mcilroy famously uses Taylormade clubs, bags and gear. In terms of career earnings, Rory sits in 7th place overall at over $54 million. But you don’t become one of the highest paid golfers of all time by being a bum.

Lee Westwood began making a name for himself when he was only 17 when he won the Pete McEvoy trophy to cap off his amateur career.

While he has not earned as many PGA Tour wins (and no Major wins) as Faldo, he is a highly decorated player in the European Tour.

Westwood has also earned other high profile championships like the Sumitomo Visa Masters in 1996. His high level of play has earned him sponsorships from some if the most coveted companies like Ping,  Titleist and Peter Millar.

He may not own as much PGA trophy hardware as Faldo, but he is no slouch when it comes to career earnings. It’s estimated that he has earned over $14 million throughout his career, spanning 248 events. In the young 2021 season alone he has netted over $2 million in tournament wins.

For 18 years, Westwood was married to the sister of a fellow Ryder Cup notable, Andrew Coltart. Laurae Coltart and Westwood split in 2017 however and Westwood moved back to Europe where he still resides today. 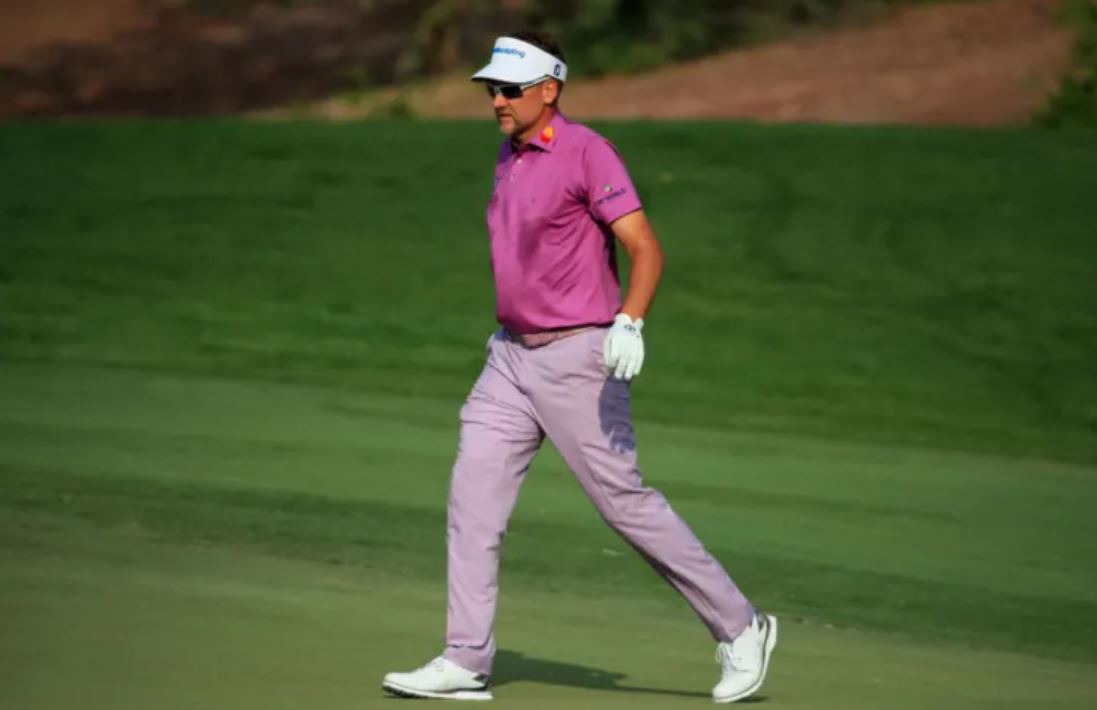 Poulter began with the game of golf at the tender age of 4 when his accomplished father have him an altered 3 wood that the young boy could swing. The rest as they say, is history. Ian Poulter has won 3 PGA Tour Championships.

His first came in 2010 when he won the WGC-Accenture  Match Play Championship. From there, he went on to claim the victory at the 2012 WGC-HSBC Champions and the Houston open in 2018. Oulter enjoys sponsors such as EA Sports, Titleist and Nikon.

Ian Poulter has earned over $26 million throughout his decorated career which is good for 53rd overall in career earnings. He has also earned the nickname “The Postman” because he “always delivers” on the golf course.

Young golfers may not be familiar with the name Henry Cotton. That doesn’t change the fact that Cottonn was one of the most prolific English golfers of his generation. Cotton was born in 1907 and abandoned his education in pursuit of a golf career.

As it turns out, that bold move would end up paying off. Cotton has to his name a long list of tournament wins. This list includes three Open Championships: one in 1934, another in 1937 and his last Open victory in 1948.

Cotton passed away in December of 1987. In the following year, his Knighthood was publicly announced in his native England. Cotton served in the Royal Air Force as a pilot during World War II and officially retired from golf in the early 1950’s.

He was known for living a lavish lifestyle marked with expensive champagnes, and long stints at 5 star luxury hotels. In 1980, seven years before he passed, he was inducted into the World Golf Hall of Fame. 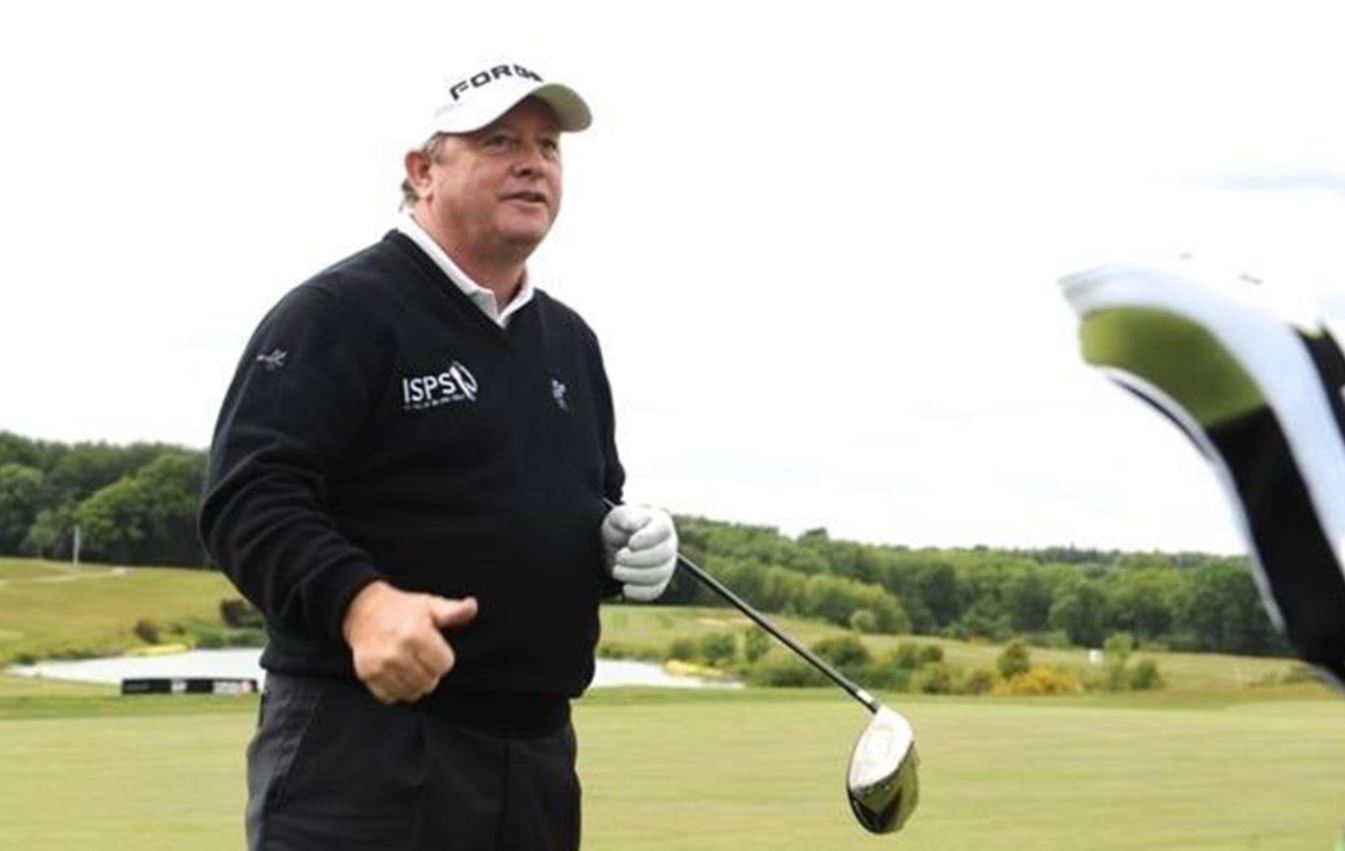 The one-time Majors champion, Ian Woosnam is known for having a, we’ll call it a low center of gravity. Though not much to speak of in stature, he has made a name for himself for having an exceptionally powerful swing.

Woosnam turned pro all the way back in 1976 and since that time, has racked up only 2 PGA Tour wins but an impressive 29 European Tour wins. Still, one of his 2 PGA Tour wins came in the form of a Master’s Tournament championship in 1991.

In 1990, Woosnam set a record for making the most money in a season on a professional golf tour. He has been sponsored by the likes of Glenmuir, Forgan and Ram. Woosnam is named among the “Big Five” European players who have won a Majors and who are born within a year of one another. 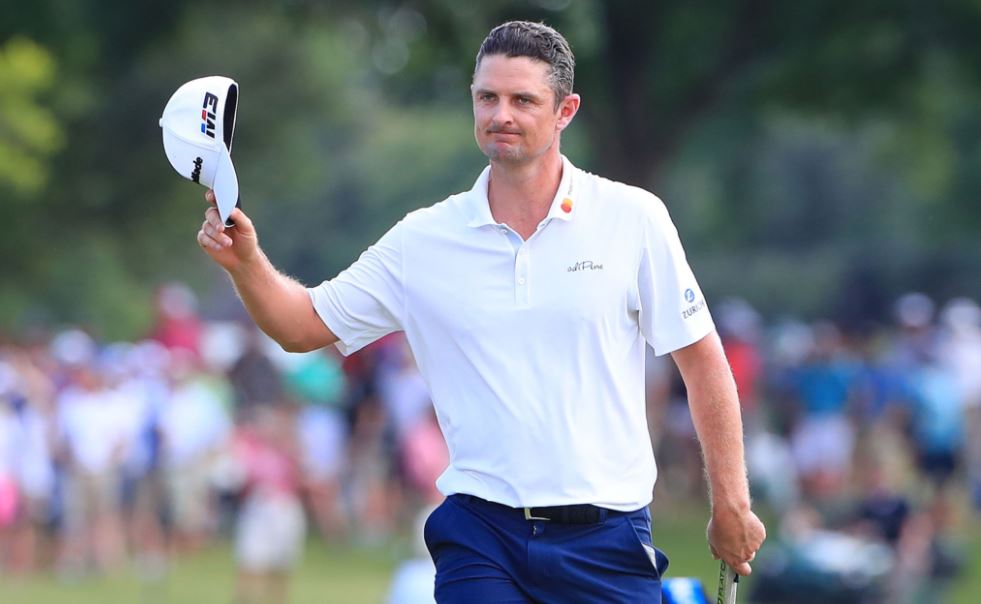 Everyone knows Justin Rose is an English player but few know that he was actually born in Johannesburg, South Africa. His parents of course were English, and they moved back to England when Justin was 5.

That was around the time Rose began to pick up the game of golf. He showed early promise in his amateur career but struggled out of the gate when he turned pro. Things began to pick up though. In 2010 he won his first PGA Tour championship by claiming the top prize at the Memorial Tournament.

It was all uphill from there as he would go on to win a PGA Tour championship every year between 2010 and 2021 except for one dry year in 2016. Still, analysts often attribute Rose’s 2016 absence from the championship scene to his involvement in the Rio Olympics held that same year.

Rose is in illustrious company. In 2013, he became the first English player since Nick Faldo to win a Major championship when he nabbed the victory at the US Open.

Today, Rose has accumulated career winnings topping the $54 million mark, making him the 8th winningest pro golfer of all time. He endorsed Taylormade clubs and gear until 2021 when he switched and signed with Honma. 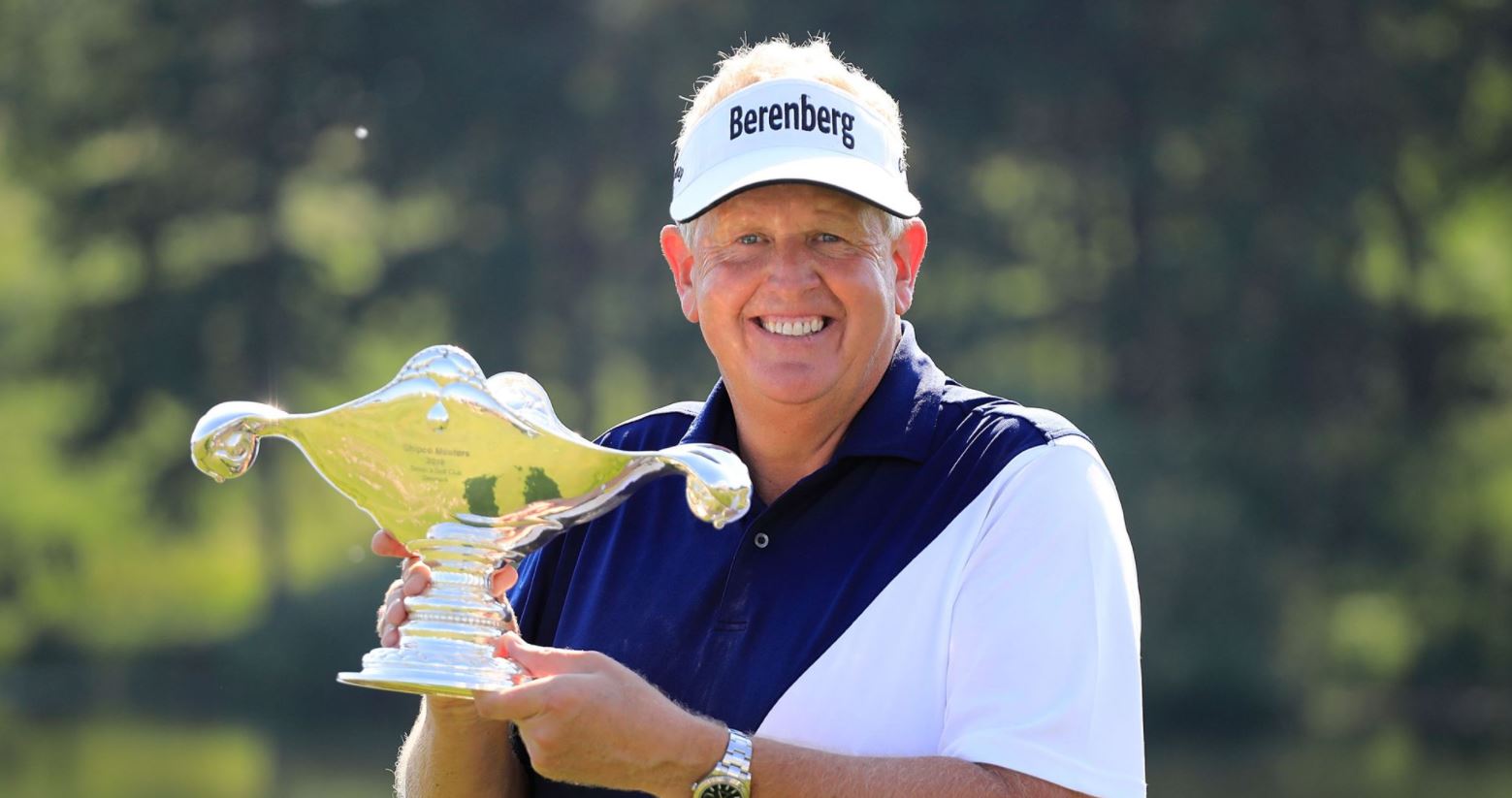 Colin Montgomerie is a Scottish born pro golfer who is consistently ranked among the greatest British players thanks in part to his impressive list of European Tour wins. In total, he has won 31 European Tour championships which is more than any British player can boast.

Montgomerie began his illustrious career most notably by winning the Scottish youths Championship. Four years later in 1987, he would turn pro. In 1988, he was named rookie of the year on the European Tour.

While he plays mostly on the European Tour, Montgomerie is known the world over. He has also claimed the victory in the Volvo PGA Cahmpionship.

Colin “Monty” Montgomerie may not be the stalwart on the PGA Tour that he once was. But that hasn’t hurt his wallet. With high profile endorsements for companies like Yonex and Lexus, the Scot’s fortune remains firmly in tact at over $54 million.

In fact, at the height of his career, Colin’s manager estimated that his endorsement deals alone were netting the golfer at least $8.5 million each year. 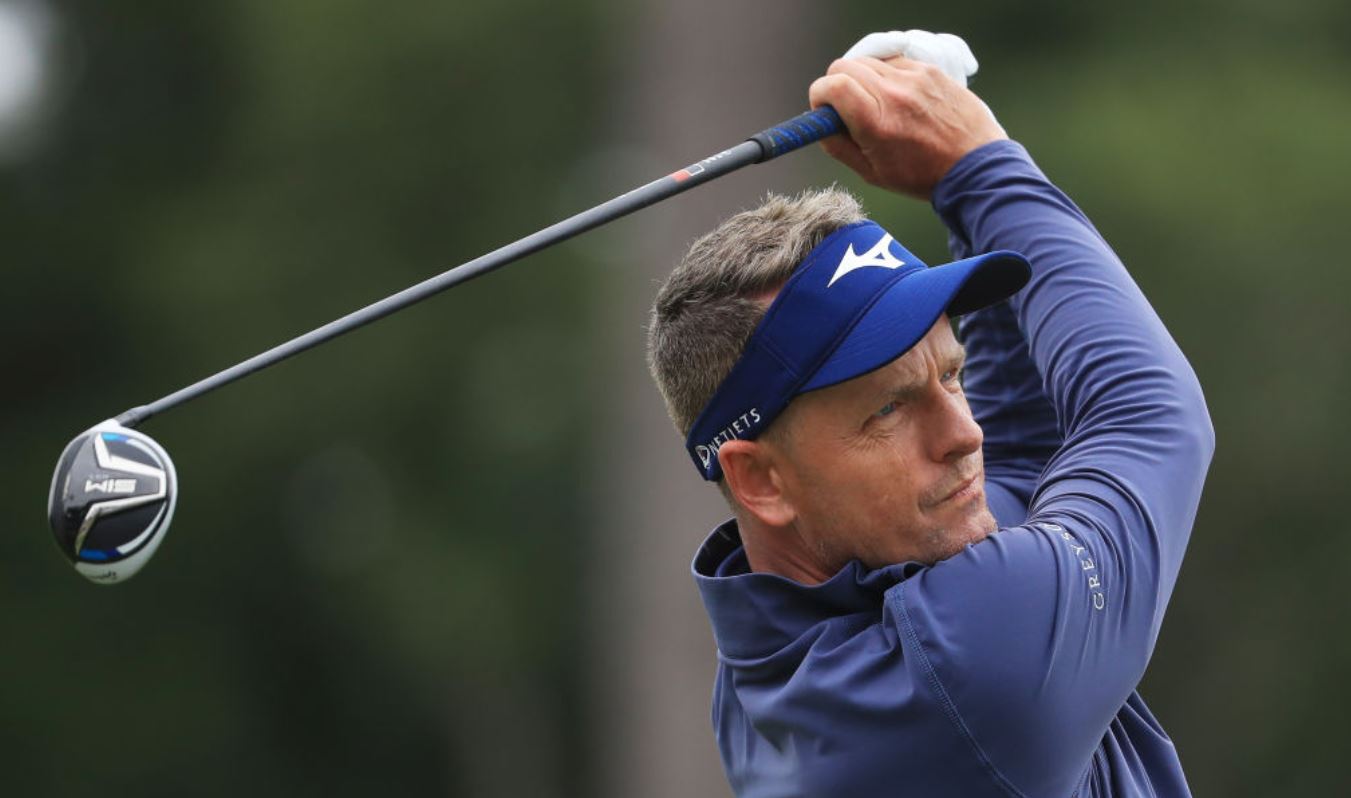 Luke Donald turned pro at the age of 24 in 2001. Like other great English players before him, he wasn’t a star right away. He remained relatively quiet on the tour circuit – winning a coupel of championships here and there.

Then in 2011, he had what may consider his breakout season. In February of 2011, he claimed the title at the WGC-Accenture Match Play Championship. Then, just 8 months later, he took home the prize at the Children’s Miracle Network Hospitals Classic.

Donald spends most of his time on the PGA Tour but also maintains an active card with the European Tour – on which he has racked up a total of 7 championships.

Donald went to school at Northwestern University where he studied Art Theory and where he would meet his future wife and mother of his 3 daughters, Diane Antonopoulos.

He has earned over $36 million in prize money for his performance on the course and has a number of high-profile endorsement deals with Titleist, Footjoy, Rolex and Polo Ralph Lauren. In 2012, Donald was also made a Member of the Order of the British Empire. 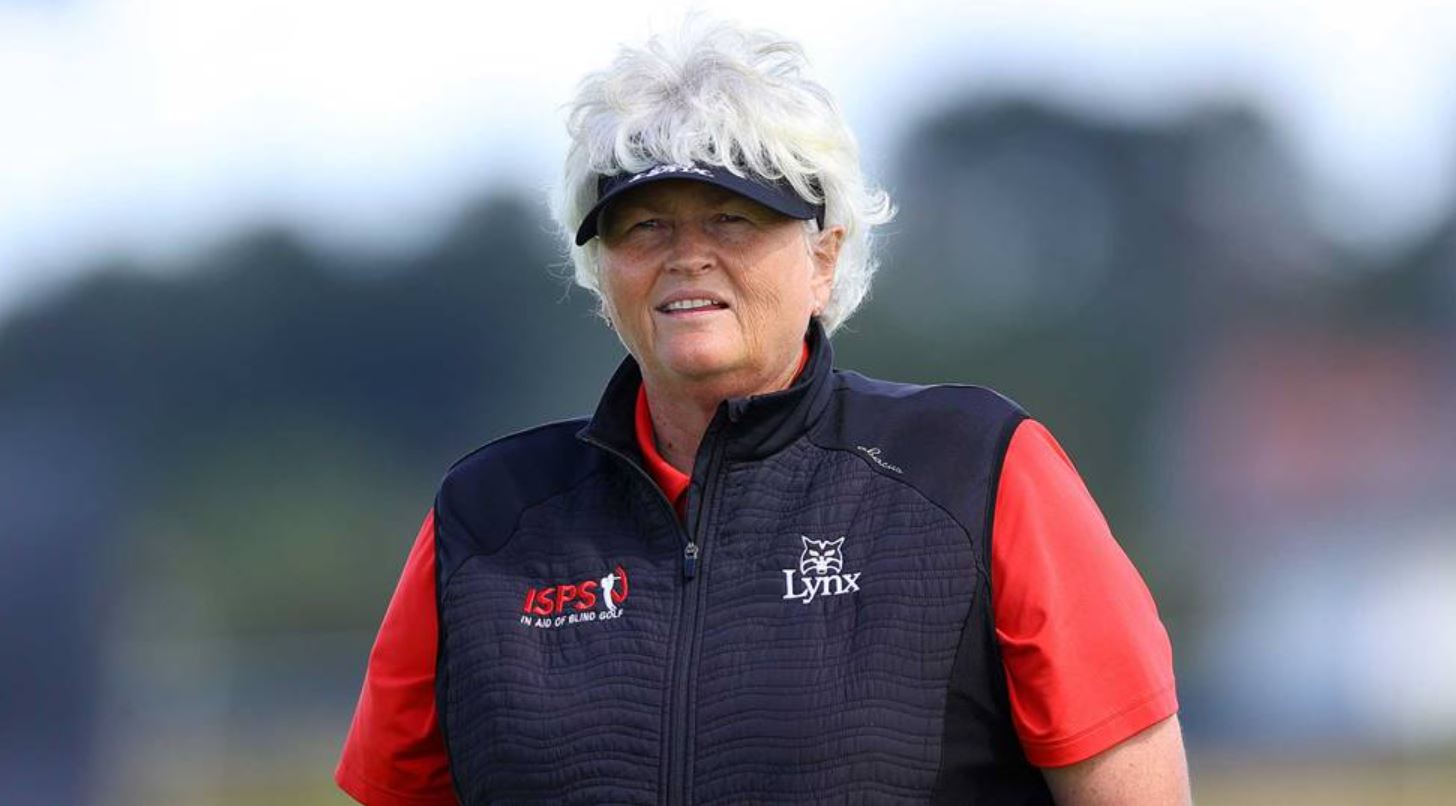 You didn’t think we would omit the most decorated English female golfer of all time, did you? When it comes to LPGA Tour wins and Ladies European tour wins, no one else comes close. Davies became a pro in 1985 and went on to win rookie of the year honors.

She has a seemingly insurmountable 45 wins on the Ladies European Tour including 4 Majors championships. She is credited as paving the way for female golfers to reach super-stardom in a sport that largely overlooked lady players.

She is also the one of the only golfers in history to win a tournament on 5 different continents in a single year (male or female). As you might imagine, Davies has been inducted into the World Golf hall of Fame.

It is estimated that Davies has earned $9 million in prize money and is most notably sponsored by Lynx  Golf.