You are here: Home / Blog / Golf Talk / Benefits Of A Closed Golf Stance – How It Compares To An Open And Square S... 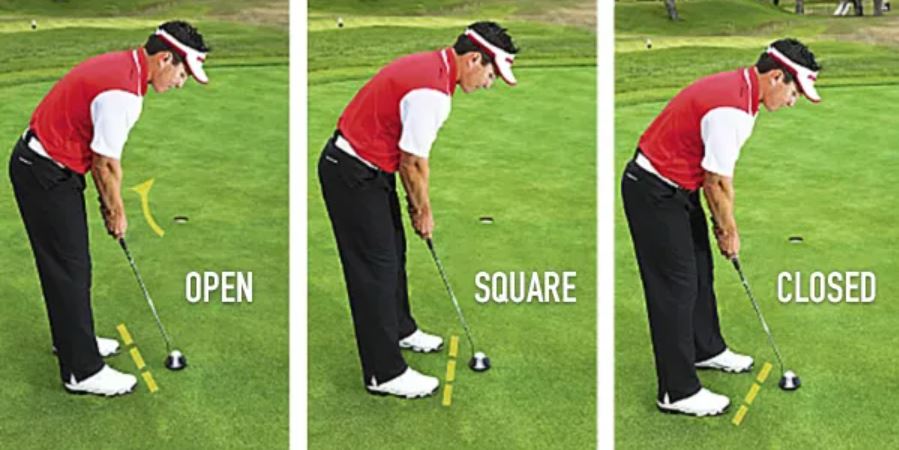 The golf stance is such an important feature of the golf game. If your stance is not solid, you are going to end up having a hard time getting the club on the plane and completing a golf swing the way you would like to.

The closed golf stance can be an excellent solution for those struggling to release the ball; however, it is not for everyone. If you are still undecided as to whether a closed, open, or square stance is the best fit for your game, you are in the right place.

Let’s look at the benefits and disadvantages of a closed golf stance and how it compares to an open stance. 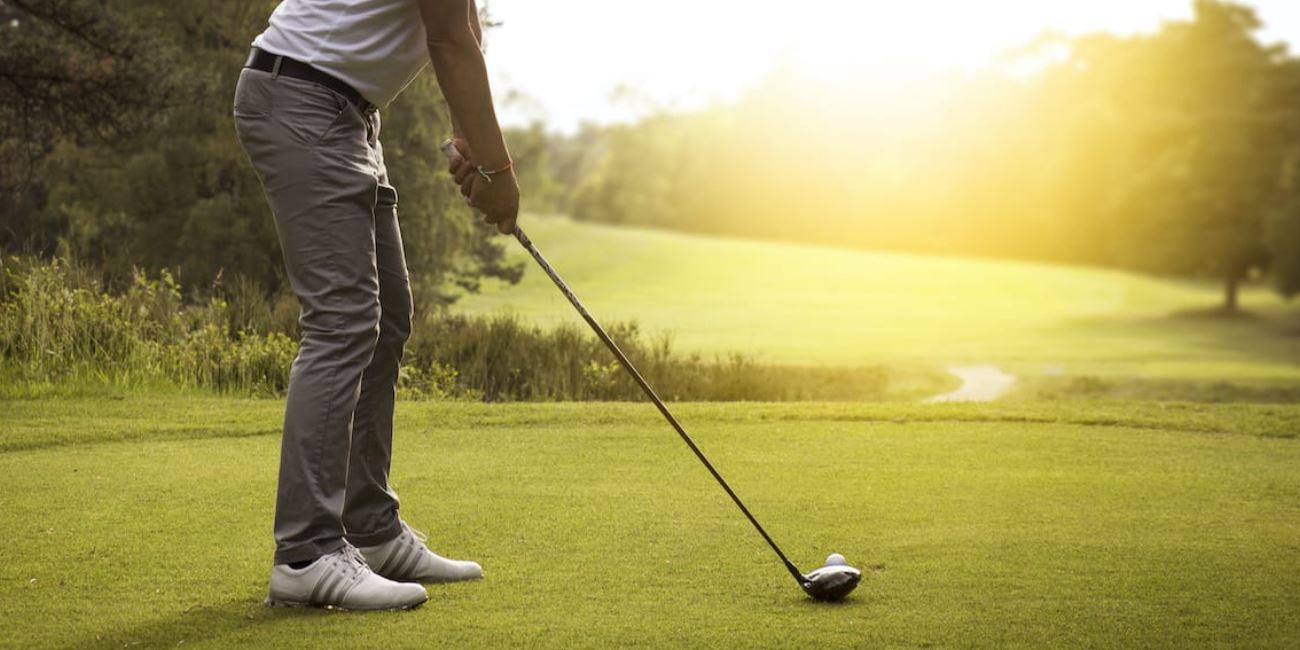 When your stance is not right, you are going to have trouble with your takeaway and getting the swing on plane. Many golfers also struggle with their finish if they don’t get their stance right from the start.

How Is Your Stance Going To Affect Your Game?

The stance can impact the alignment, distance, and launch angle of the shots. Depending on how you have your stance, your ball can fly higher or lower, it can fly a long way or lose distance, and you can cause the flight of the ball to go left or right as well.

Golfers tend to get a bit too involved in some of their golf swing mechanics. They try and adjust certain things in the game that likely don’t need to be adjusted, instead of looking at the most simple things such as stance and grip.

Players don’t enjoy practicing their stance, setup, and grip, but it is essential to work on these things. 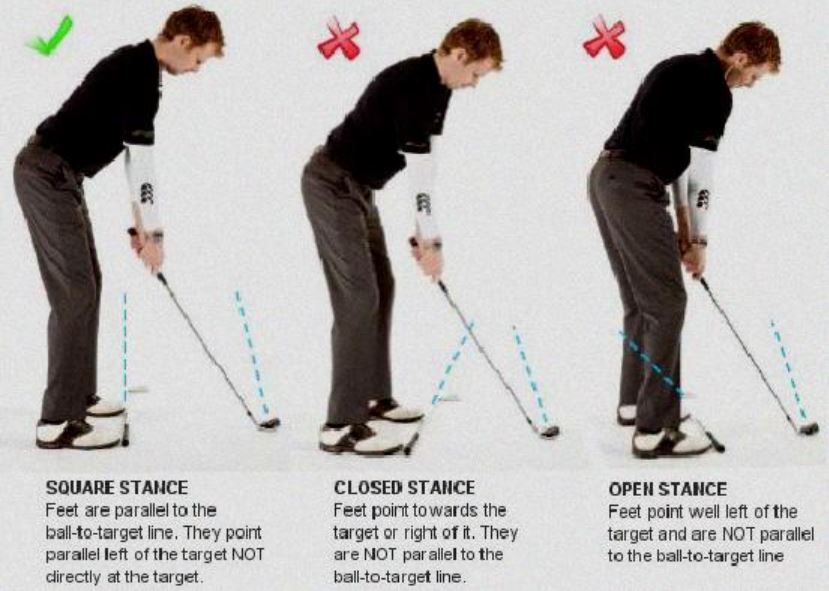 There are three basic stances in golf, the open stance, square stance, and closed stance. The square stance is when your feet are entirely parallel and square. Your left toes and right toes are resting on the same line.

The open stance is where the body and feet are pointing towards the target. The close stance has the right foot dropped back and the toes sort of blocking the target out. Each of these stances is different, and they will impact the way that the golf ball flies.

Understanding how these golf shots are going to impact your game and your ball flight is essential.

What Is The Closed Golf Stance 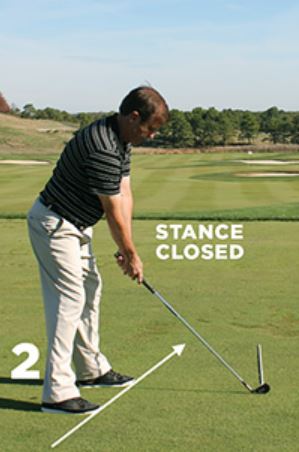 The closed golf stance involves your feet being on a parallel line that is aimed to the right of your target. Your shoulders and your hips will also be on this line.

The closes stance can look a bit like you are trying to hit the ball right of the target; however, the target line and clubhead are still pointed straight at the pin.

The closed stance looks a lot like a golfer with the right foot (right handed golfer) dropped back.

This is essentially the same thing but is the feeling that most golfers have when they set up with a  closed stance. Their body is closed to the target.

Benefits Of A Closed Golf Stance

The benefits of the closed stance are most closely related to the fact that you won’t slice the ball when you are standing close to your target.

The closed stance can help golfers that struggle to release the ball actually turn it over as they come through impact.

Disadvantages Of A Closed Golf Stance

Of course, with all things in golf, there are always some disadvantages as well.

One of the disadvantages here is that the closed golf stance can be exaggerated and result in a hook.

The hook is a rough shot to recover from and will almost always cause you to have to punch out of the trouble or take a penalty shot.

In addition, the lower ball flight that the closed stance promotes could end up causing you to have your shot run through the green.

If you are trying to be accurate and hit shots at pins, you need something that has a bit more spin and ball flight.

What Is The Open Golf Stance 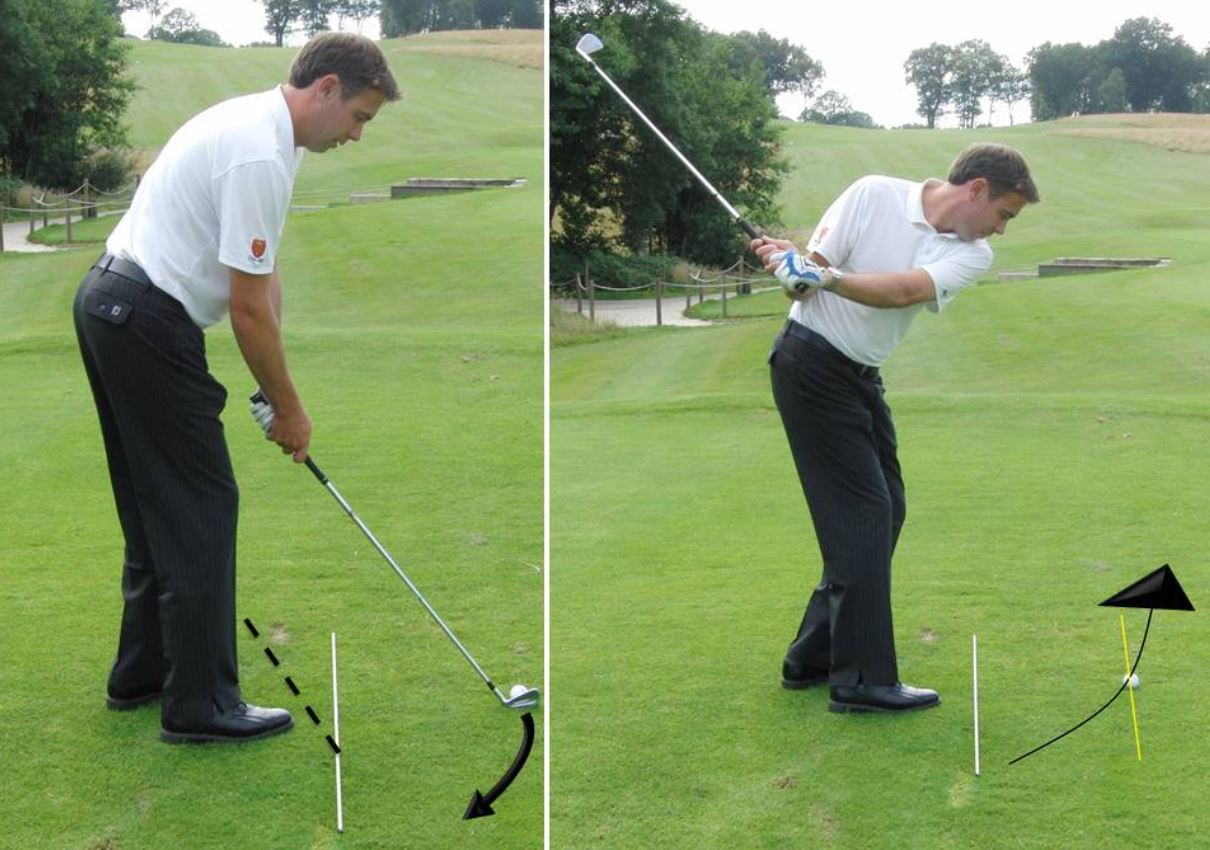 The open stance in golf is where your feet will be pointing to the left of your target, and your clubface will still be headed right at the target.

The feet pointed to the right is going to make it so that your body is very open to the hole.

Golfers will still be swinging on the same plane even if their feet are turned to the left of the target. When you are in an open golf stance, your body will feel as though it is open to the target.

Benefits Of An Open Stance

The benefit of the open stance is that it makes it much easier to hit a fade.

You can get some extra ball flight with the open stance, and you will feel as though you can rotate towards your target a bit more.

The open stance is a great position to be in when you are playing shorter shots around the green.

These short shots need to allow a player to rotate and finish facing their target in order to be accurate; the open stance is the best way to do this.

Disadvantages Of An Open Stance

An open golf stance is known to promote a slice.

If you don’t know how to release the golf club properly and at the exact time, you can end up turning your nice open stance fade into a really nasty slice.

When taking either an open or a closed stance, it is essential to use your discretion and not get overly involved with these shots.

If you do anything too extreme, you are going to end up hitting a poor shot.

What Is The Square Golf Stance

A square golf stance is the standard golf stance. This is where you stand with your feet, shoulder, hips, and clubface all parallel and all square directly to your target.

This is the main stance in golf that all players should be using.

If you want to deviate from the square stance from time to time, that is completely fine; however, the square should be the base.

Benefits Of A Square Golf Stance

The main benefit of the square stance is that this is how the game of golf is intended to be played.

You should be standing square to your target with your body and club in line. With the square stance, you should get optimal ball launch, and the flight should be relatively straight.

From a position with a square stance, you should have not trouble keeping the club on plane in your backswing.

Disadvantages Of A Square Golf Stance

Although there are not direct disadvantages to having a square golf swing, you are going to want to allow yourself the ability to deviate from this stance from time to time in order to make sure you can hit different types of golf shots.

Golfers that want to hit a fade or a draw on demand are going to need to be able to switch to an open or closed golf stance at times. This type of maneuverability of your stance and your golf game will lead to a better feel and much lower scores at some point.

What Golfers Should Use The Closed Stance? 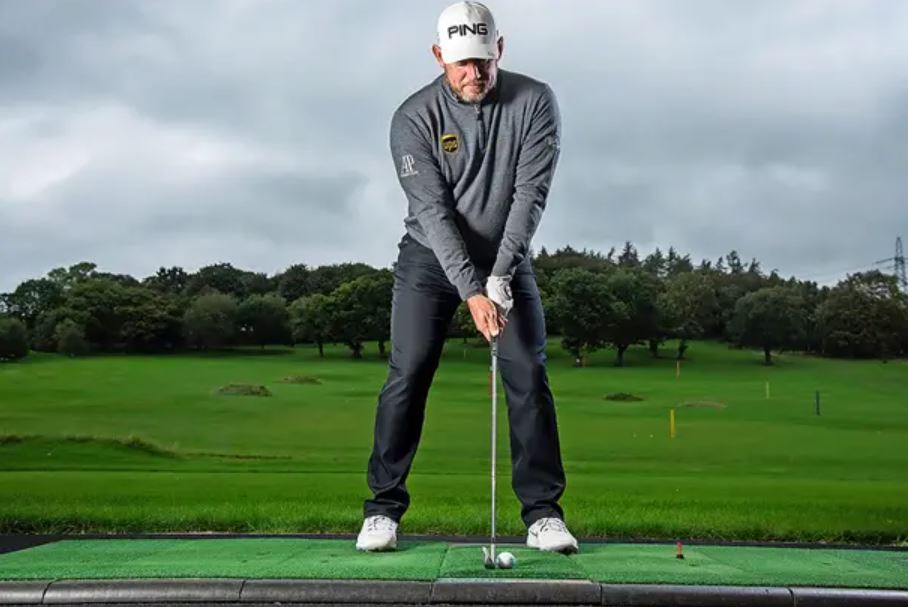 Golfers that tend to slice the ball should be using a closed stance.

When you slice the ball, you have a hard time getting the club to turn over, and your body and club are left open to the target at impact.

If a golfer is able to slightly close their stance, they will have no trouble getting the club to turn over and the ball to fly towards the target.

Since the closed stance also allows a bit more room for a player to take the club inside and shallow, the plane becomes more conducive to a hook or draw shot.

Golfers with a closed stance are going to also have an easier time getting the distance that they need in their game. If you are a player that lacks distance, the closed stance can help.

Is A Closed Stance Good For Seniors? 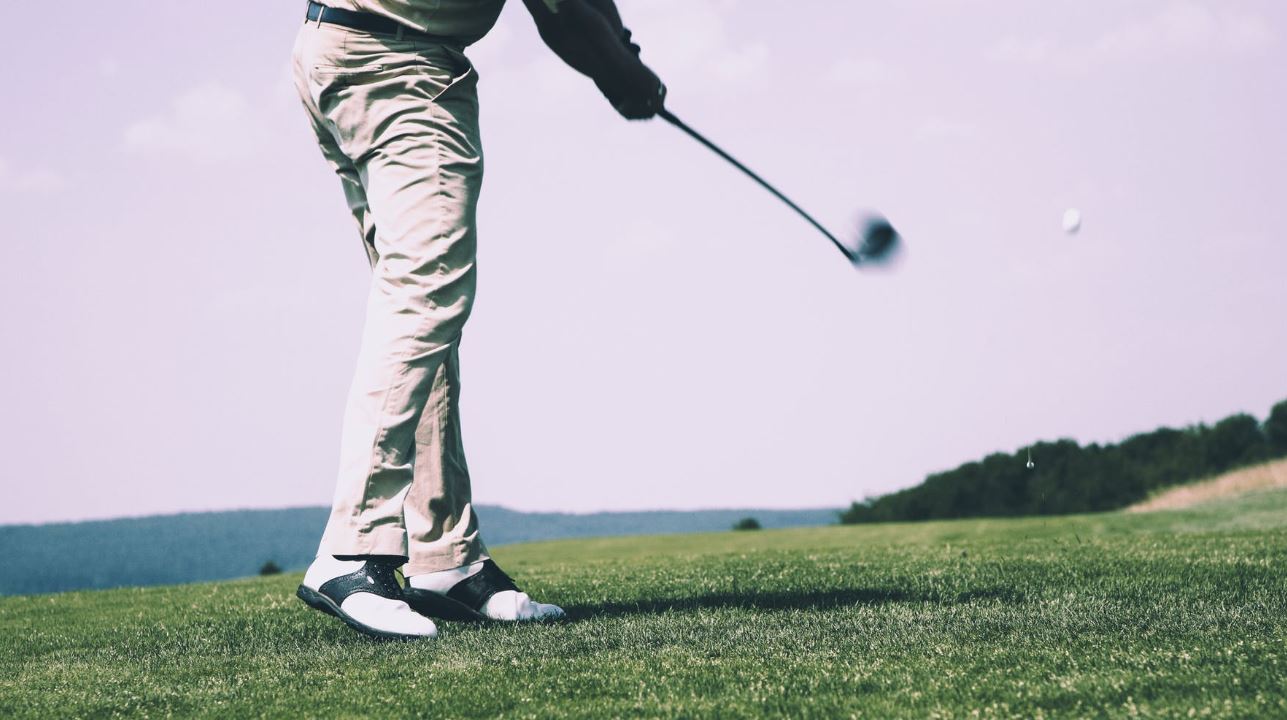 A closed stance tends to be a good idea for seniors that are noticing they are starting to lose a bit of distance.

Sometimes this lack of distance starts coming in because the weight transfer gets harder, and golfers start to see a bit of a weak fade on each shot.

Golfers can drop their foot back slightly, and this will open up a much easier turn on the backswing.

This extra bit of room makes the turn easier and the ability to get through the ball completely different for the senior golfer.

Golfers that are getting older and feeling a bit less powerful should give the closed golf swing a shot today.

Women and juniors should stick with the square golf stance wherever possible.

The square golf stance is our baseline in golf, and it is important to make sure that we can go back to this position when necessary.

It is a good idea for both women and juniors to learn how to open and close their stance, but they should not start to rely on having a closed stance if they can learn the best fundamentals from the square position.

Best Stance For Each Club 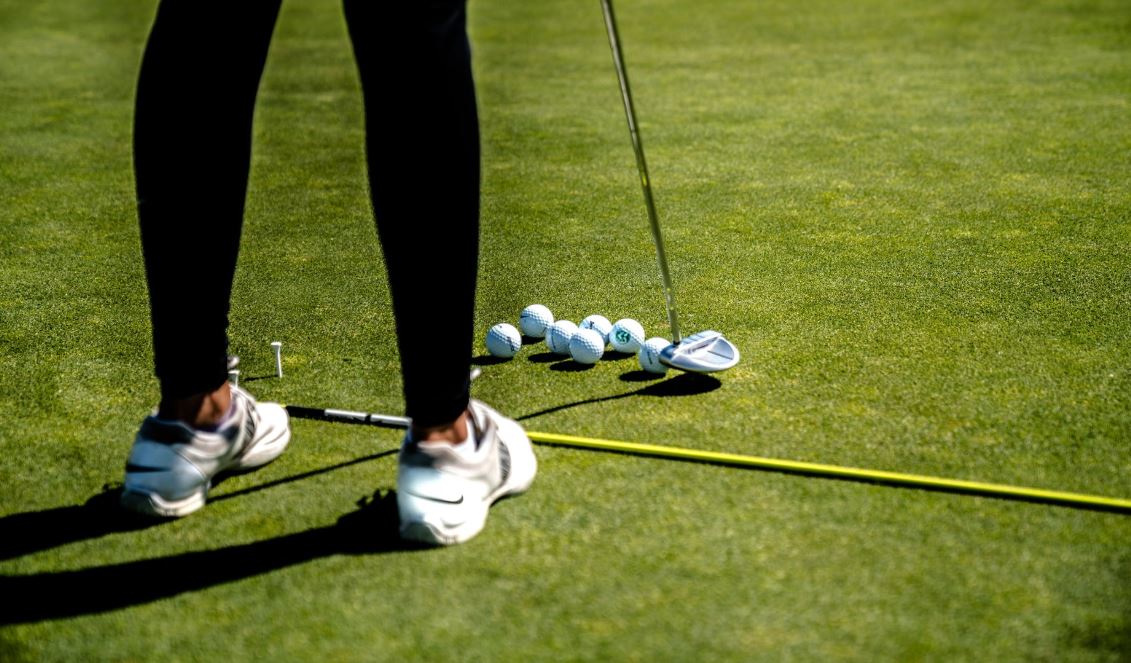 Driver – Best Stance And For Who

Fairway Woods – Best Stance And For Who

Hybrids – Best Stance And For Who

Irons – Best Stance And For Who

Wedges – Best Stance And For Who

Putter – Best Stance And For Who 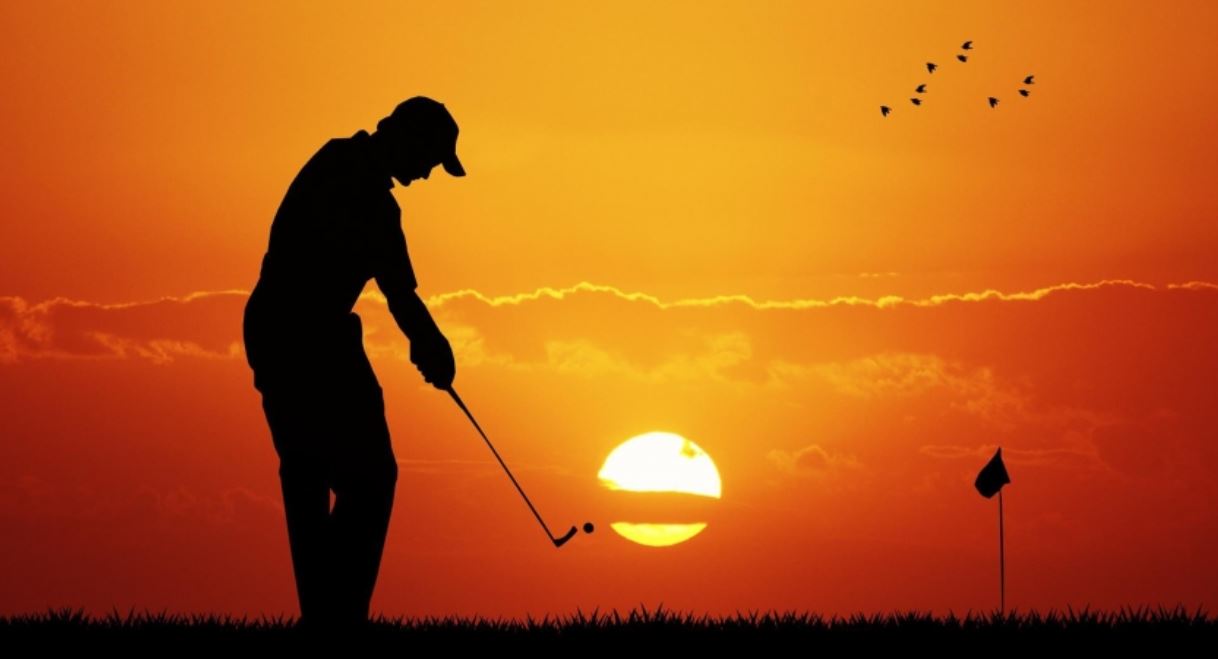 A closed stance can be a very helpful thing. If you are a player that is lacking distance or needs to control a slice, the closed stance could make the most sense for your game.

It is essential, however, to remember that with all golf stances and adjustments, there are negatives and downsides as well. All players should try and learn how to play their best golf game from a square stance.

If you end up needing the help of a closed or open stance from time to time, take advantage of this knowledge.

Do Golfers Have To Wear Hats – Benefits, Styles, History & Pract...