Are Taylormade RAC Irons Still Good? Are They Forgiving for High Handicappers?

You are here: Home / Blog / All Golf Equipment Reviews / Are Taylormade RAC Irons Still Good? Are They Forgiving for High Handi...

Are Taylormade RAC Irons Still Good? Are They Forgiving for High Handicappers? 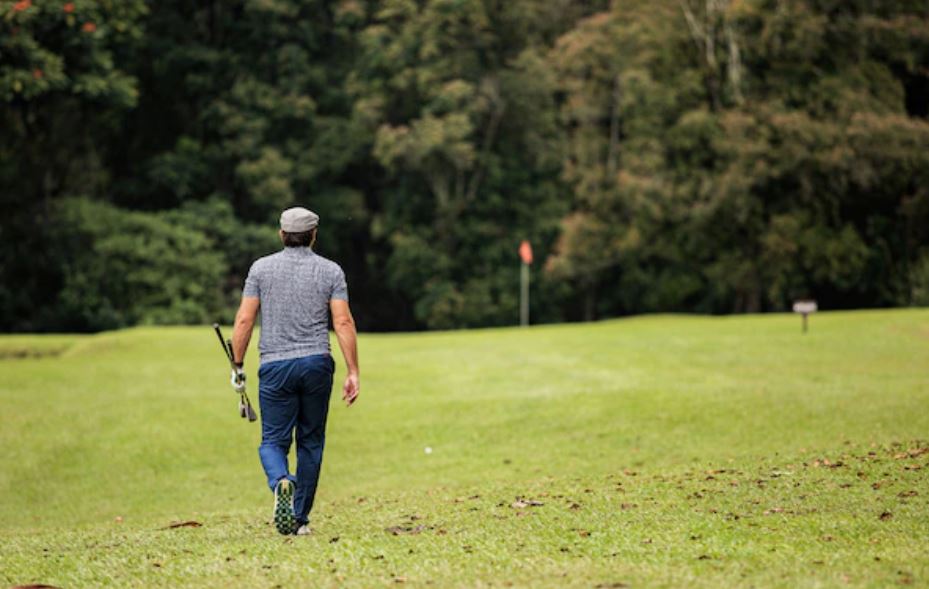 “The Taylormade RAC line of irons first hit the scene all the way back in 2002. While they have been discontinued, they are still generating a lot of interest from beginners and high handicappers. So we tested them to figure out why.”

The Taylormade RAC irons are certainly a blast from the past and many of our testers have never even picked one of them up before. So it was really interesting to see the results which were mostly favorable.

One of the best things about the Taylormade RAC irons is that today, they are very affordable. So if you’re looking for a bargain on a set of quality irons take a minute to read about our test results.

It should be noted that for this review, we tested the Taylormade RAC OS irons specifically.

Are the Taylormade RAC’s Still Good?

“If we didn’t know any better, we would have thought that the Taylormade RAC OS irons were made some time in the last 5 years.”

The Taylormade RAC irons have a unique design that is both pleasing to the eye of the high handicap player and makes them look much more expensive than they actually are. Although, we probably should have expected as much from Taylormade irons even if they are 20 years old.

What’s really nice about these irons is that they have an excellent feel that is not indicative at all of their status as game-improvement irons. The Taylormade RAC irons are definitely still a good choice for any player looking for a solid feel and a ton of power.

Are the Taylormade RAC Irons Forgiving for High Handicappers? 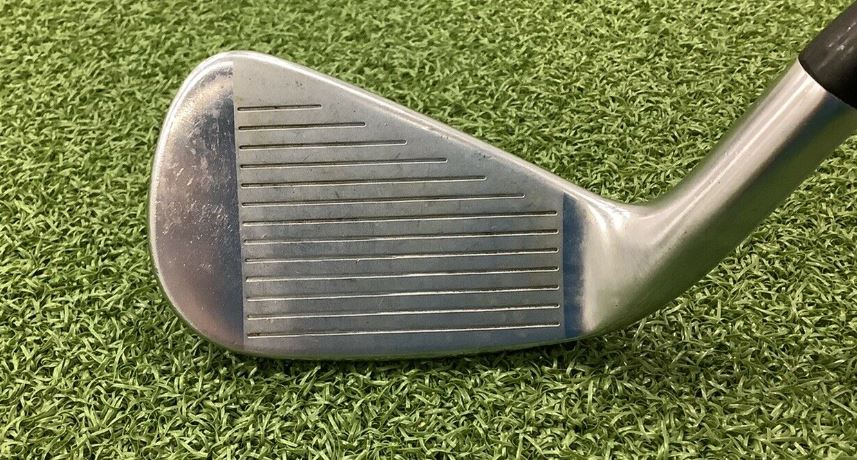 “The Taylormade RAC’s are cavity back irons that place a high emphasis on improved feel.”

While that is good news for high handicappers, it doesn’t really affect performance or forgiveness. What really helps with forgiveness is the large club heads and the cavity back design.

The Taylormade RAC irons do a good job of resisting twisting that is usually a symptom of hitting the ball away from the center of the face. This is due in part to the “Feel Pockets” that intelligently transfer impact energy to key parts of the club head.

This not only enhances feel by dampening harsh mis-hit vibration; it helps keep the face straight so that errant shots fly straight. This is a huge boon for high handicappers in terms of forgiveness because it means it will be easier to keep the ball on the fairway.

The Taylormade RAC irons also have generous offset. This helps with accuracy even more because it will help you square the face better at impact. The Taylormade RAC’s also look really nice behind the ball and will inspire higher handicappers to smash the ball.

“The SIM irons have a strikingly different design than the Taylormade RAC’s but still focus on keeping the club head straight and stable.”

The SIM irons feature the Speed Bridge that allows the face to flex to a higher degree without sacrificing head stability. At the end of the day, our testers were actually getting better ball speed with the SIM irons – when they could pure the ball.

On the other hand, our testers were able to make more consistent contact with the Taylormade RAC irons even if balls that were poured didn’t fly as far as dead-center strikes with the SIM irons. 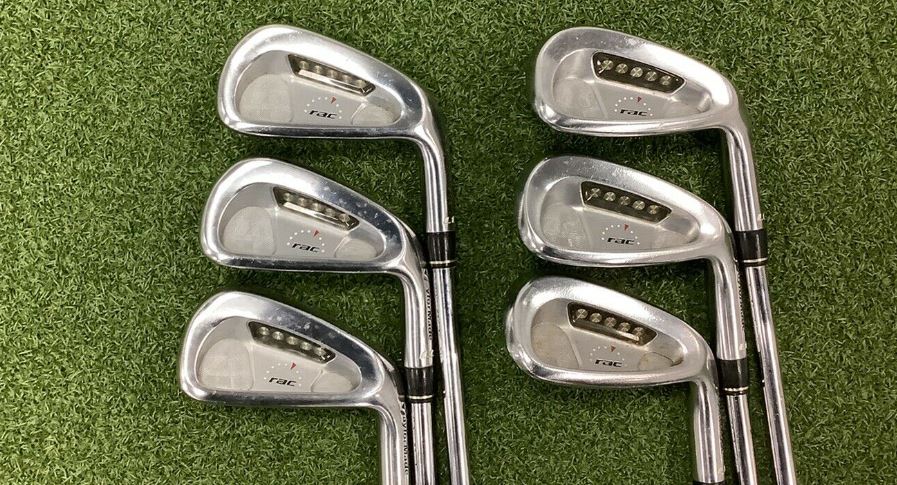 “At first, we couldn’t believe that these irons were from 2002.”

That’s because they have a design that makes them look much more recent. Then, as soon as we started taking a look at these irons and how they looked behind the ball, we were enamored.

The generous offset coupled with the deep cavity and the strong topline looks fantastic at address. Even though the Taylormade RAC’s aren’t the longest irons we’ve ever tested, we were still very impressed with the ball speeds they produced on off-center strikes.

“While the Feel Pockets have been done away with, this and other key features make for irons that feel very smooth all the way through the ball.”

RAC Technology: RAC stands for relative amplitude coefficient and it basically allows energy from your swing to be channeled to areas of the club head that will resist twisting, warping and harsh vibration the best.

Feel Pockets: The “Feel Pockets” are what help channel energy away from parts of the club head that are more likely to twist and bend. This feature also promotes straighter ball flight.

Tuned Performance Cartridge: This  design element allows for 32 grams of weight to be moved away from the center of the club to the perimeter. Again, this helps promote a straight flight path even when you miss the sweet spot.

Who Should Buy the Taylormade RAC Irons? 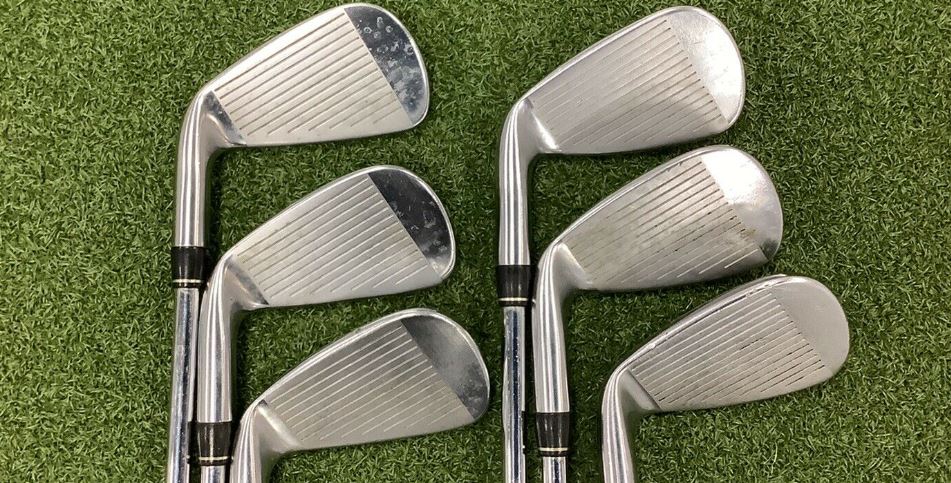 “The Taylormade RAC’s would be a great choice for high handicappers looking for more power.”

From our testing, it was clear that the Taylormade RAC’s would be a great choice for any player looking for more consistency as well. They have a great look at address and will inspire high handicappers to blast down the fairway.

Are Ping G15 Irons Still Good? Are They Forgiving for High Handicappers?