Are Taylormade Burner 2.0 Irons Still Good? Are They Forgiving for High Handicappers

You are here: Home / Blog / All Golf Equipment Reviews / Are Taylormade Burner 2.0 Irons Still Good? Are They Forgiving for High...

Are Taylormade Burner 2.0 Irons Still Good? Are They Forgiving for High Handicappers 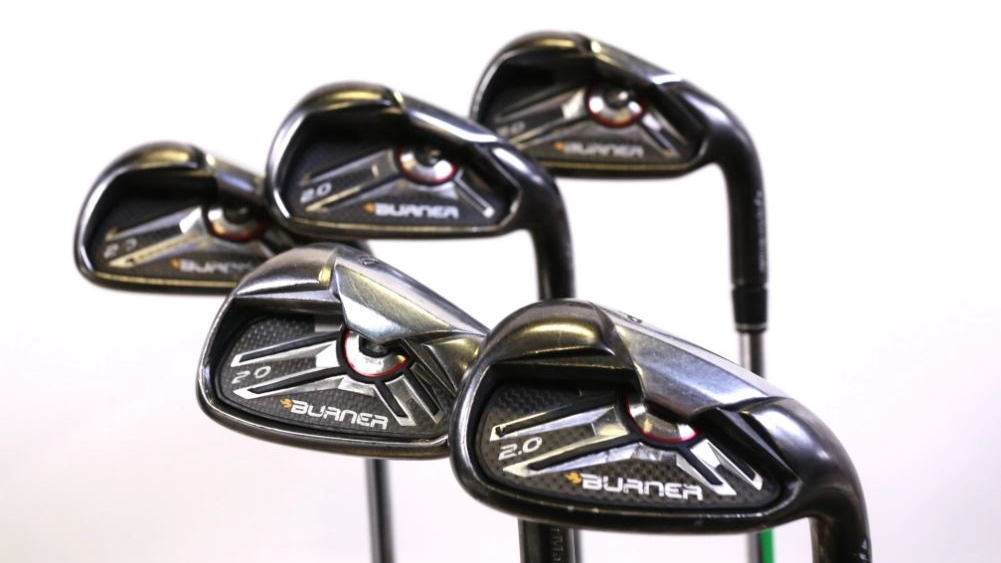 When Gary Adams founded TaylorMade in 1979, he strived to manufacture golf clubs that were easy to launch and incredibly forgiving.

Four decades later, the company continues to satisfy the needs of professionals and amateurs. In this article, we review the once-popular TaylorMade Burner 2.0 irons.

The goal of this review is to determine whether these veteran irons are still suitable for high handicappers. They once provided all the game improvement tech you could ask for. However, we are determined to see how they compare to a set of irons from this decade.

From a performance perspective, the TaylorMade Burner 2.0 irons are perfectly suitable for high handicappers.

The challenge arises when sourcing these irons. Because of their age, it is hard to find new or preowned sets of the Burner 2.0 irons. This is unsurprising considering that they first hit the shelves in 2010.

Are the Taylormade Burner 2.0’s Forgiving for High Handicappers 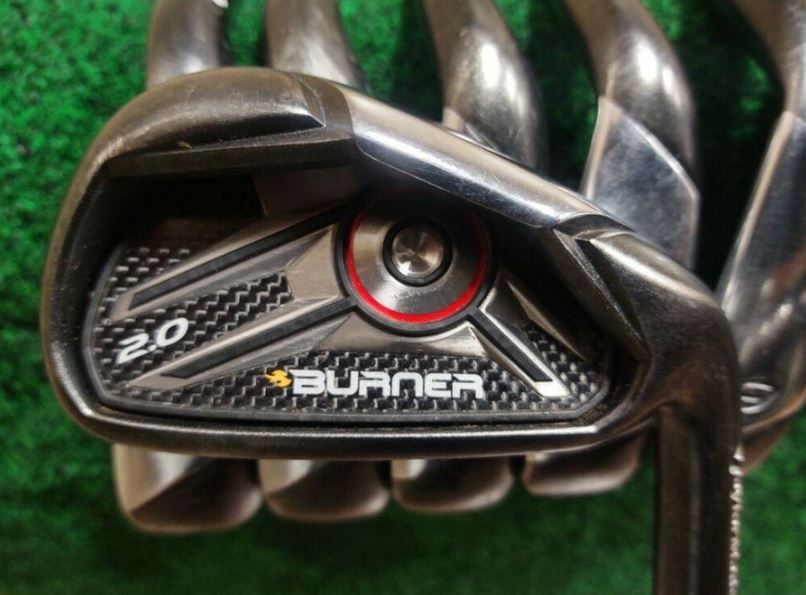 Yes, the Burner 2.0 irons are incredibly forgiving for high handicappers. At the time of their release, TaylorMade suggested that these irons worked for scratch to 30-handicappers.

Each iron is precisely constructed to deliver favorable launch, ball speed, and spin. Therefore, you optimize your distance and accuracy through the bag.

A multi-functional sole is employed to lower the center of gravity (CG) and increase the moment of inertia (MOI). The lower CG makes it easier to consistently get your golf ball in the air, while higher MOI prevents your clubface from twisting. Reduced twisting encourages a square clubface at impact to prompt straighter shots.

As a result, these irons produce ample distance and accuracy on all shots. Therefore, they are super forgiving for high handicappers.

It is imperative to compare the technology of the 2.0’s to a newer model of TaylorMade irons. This helps you better understand the performance of the Burner 2.0s, which determines whether they are still suitable for high handicappers.

I decided to compare the 2020 SIM Max irons to the 2nd generation Burners and found a few differences between them. The principal discrepancies involve an Echo Damping System, Thru-Slot Speed Pocket, and Speed Bridge Technology.

In addition, TaylorMade’s engineers employed a Thru-Slot Speed Pocket, which increases the flexibility of the lower portion of the clubface. It helps increase ball speed on strikes off the lower face. Plus, the Speed Bridge System maximizes stability for increased MOI and consistent ball speed.

Aside from the names of these features, their functions are similar to the Burner 2.0’s and SIM Max irons. The main differences are the soft feel offered by the Echo Damping System and the added ball speed from the Thru-Slot Speed Pocket. Otherwise, they are both long and forgiving. 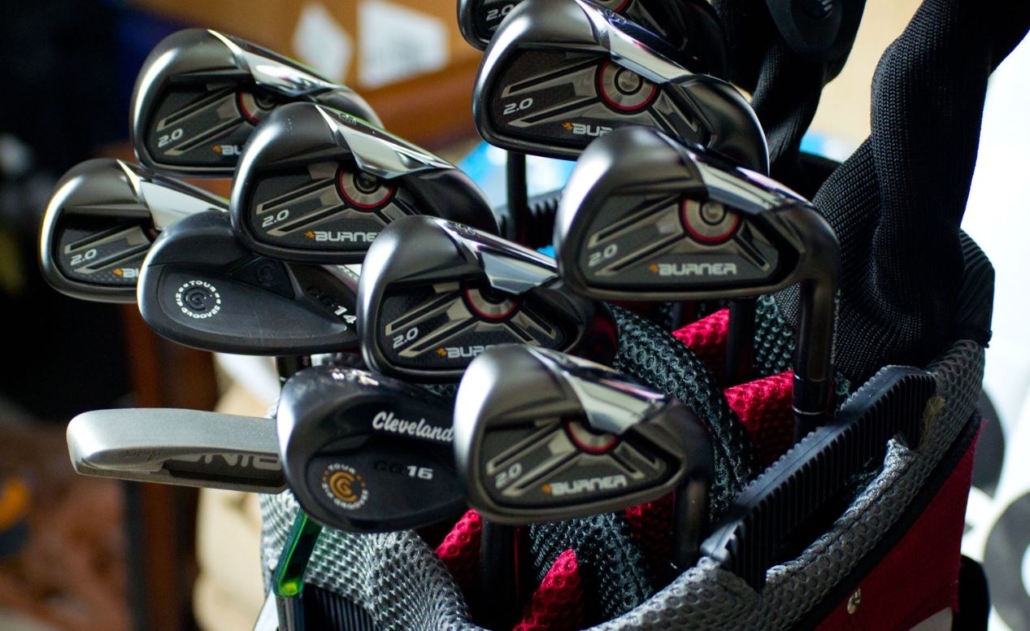 Off the bat, the TaylorMade Burner 2.0’s are chunky game improvement irons built for higher handicappers. Naturally, they feature wider soles and an undercut cavity back to offer superior turf interaction and a higher launch.

Their oversized profile is not uber attractive. However, do not judge this club by its sole, as it helps the average golfer get their ball airborne and flying long.

TaylorMade designed each iron with precisely positioned CG. This helped the engineers ensure that the clubs generate optimal ball speed, spin, and launch.

For example, the CG is low and back in the longer irons to help you launch higher, even on mishits. Therefore, you enjoy optimal distance and consistency in your long game.

Conversely, the CG is positioned closer to the center of the clubface for short irons and wedges. This produces a superior feel and control to limit ballooned shots with excess spin.

The ICT from TaylorMade expands the active zone on the clubface for superior COR. That means it is supplied with a wider sweet spot to accelerate ball speed and limit side spin.

As a result, you generate straight, long golf shots for added yardage.

A multi-functional sole design features on the Burner 2.0 irons. The construction lowers the CG and reduces friction with the turf to ensure a clean strike from any lie.

Lower CG is especially prevalent in the longer irons. It enables you to consistently launch the stronger lofted clubs high and far.

The lower clubface on these irons is built for maximum flex through impact. That helps you ramp up ball speed on strikes low of the face.

Therefore your golf ball still gets sufficient speed and spin on it to launch into the air and travel long.

Who Should Buy the Taylormade Burner 2.0 Irons 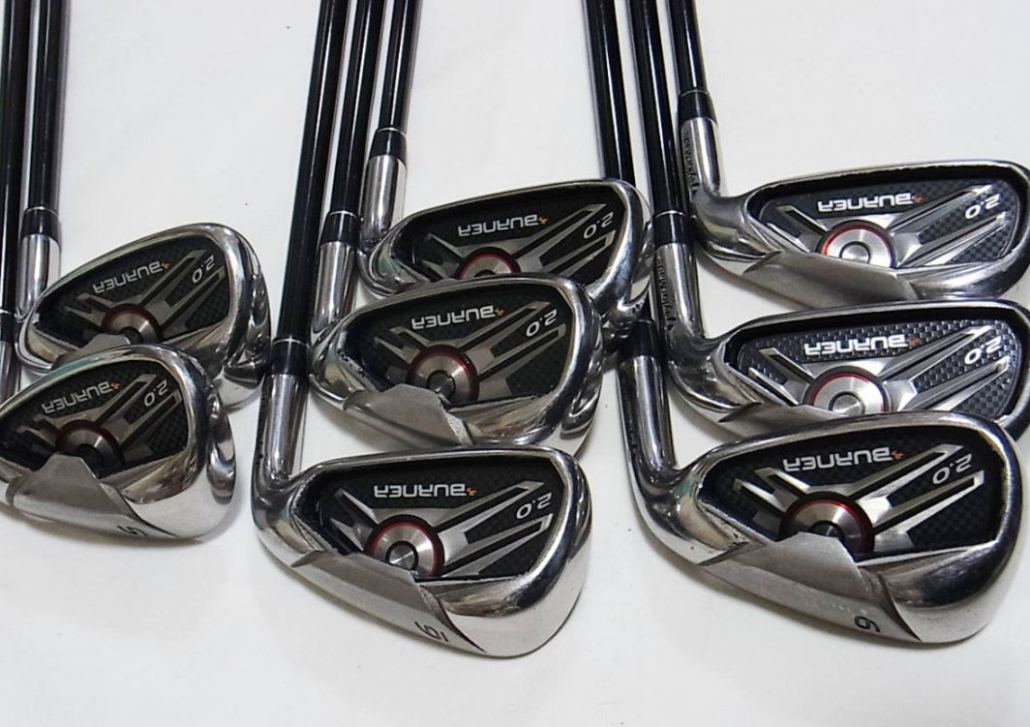 After analyzing the performance features and specs of the Burner 2.0 irons, I believe they are suited to high handicap golfers.

Since they are tough to find new, you can source pre-owned ones at an incredibly affordable rate. That may appeal to beginners or infrequent golfers looking for a reliable set of clubs at an affordable rate.

Despite being 12-years old, the TaylorMade Burner 2.0 irons are incredibly forgiving, consistent, straight, and long. If you do not mind a set of preowned quality golf irons, inspect the Burner 2.0s. 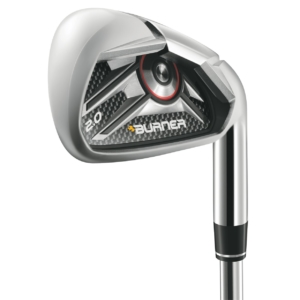 Are Callaway X Hot Irons Still Good? Are They Forgiving for High Handicappe...