Are Ping G Irons Still Good? – Are They Forgiving for High Handicappers?

You are here: Home / Blog / All Golf Equipment Reviews / Are Ping G Irons Still Good? – Are They Forgiving for High Handi...

Are Ping G Irons Still Good? – Are They Forgiving for High Handicappers? 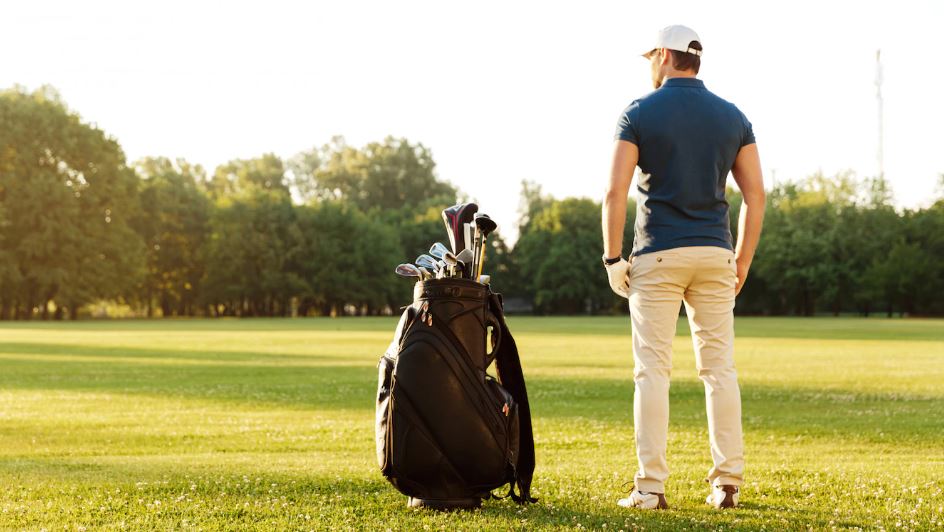 “The Ping G irons came out in 2003 but if you compare them to modern irons, they still look great. But how do they play?”

A lot of people are looking to save money on golf gear because let’s face it, golf club prices can be downright outrageous. The good news is that bargain hunters have a lot of options.

You don’t always need to spend a ton on the newest clubs in order to lower your score. The Ping G irons are a perfect example of that fact. We went out and tested the Ping G irons to see exactly what they have to offer high handicappers and to see if they were still a good play in 2022. Take a look at what we found.

“If you are looking for a set of irons that look and feel great, then the Ping G irons would be a good call for you.”

One of the coolest things about the Ping G is how sleek and attractive they look. The Ping G irons are certainly game-improvement irons, but they don’t have a “hacky” look to them.

The cavity back is understated and while it’s deep, it doesn’t look super deep thanks to the multi-material rear badge. At the range, the Ping G irons performed very well. In fact, we would say that one of their strongest performance points is distance and launch.

The long irons have very low and comfortable CG. The loft is pretty weak which will certainly help high handicappers get the ball up into the air. However, distance is not really sacrificed – especially when you compare them to many other game-improvement irons that have much weaker lofts.

Are the Ping G Irons Forgiving for High Handicappers?

“The Ping G irons also have extreme perimeter weighting which is an essential forgiveness feature.”

There are extra weights placed in the hosel and low in the toe of the Ping G irons. For our testers, this meant straighter shots and faster ball speeds when they missed the sweet spot.

Which is a very good thing because these aren’t the biggest irons on the market. Despite their relatively compact head design though, the Ping G irons are forgiving. Ball speeds were still pretty good when we were intentionally mis-hitting out near the toe or inward towards the heel.

Teh offset is minimal but it was still easy to square the face up to the ball with pretty much every club in the set. This is also at least partly thanks to the perimeter weighting and the low CG in the long irons.

“The Ping G425 irons borrow some features from the Ping G irons such as perimeter weighting and 17-4 stainless steel construction.”

However, the profile of the G425 irons is more compact and the blade is a bit shorter than the Ping G’s. The G425’s also have slightly stronger loft characteristics. The Ping G’s were certainly the more forgiving irons.

As far as feel and sound go, these two iron sets are almost identical. That’s not too surprising though because they both sport a multi-material cavity badge and they are both made from 17-4 stainless steel. 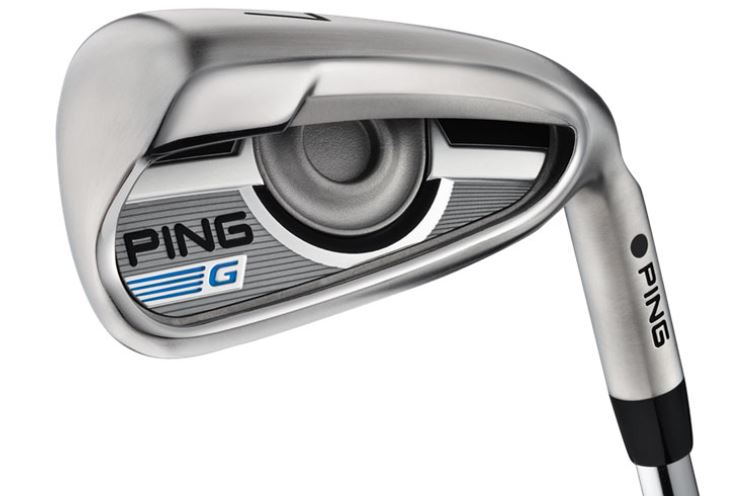 “The first thing we noticed about the Ping G was how cool they looked.”

They don’t have an overtly game-improvement look to them which is nice. The “COR eye” in the backs of the club heads gives them a unique, almost premium look too. And as we mentioned, the cavities are deep but they don’t look too deep because of the rear badge.

At the range they provided excellent launch and distance. The average distance our testers got with the 3-iron (after 3 swings) was 191 yards which is good – not the best, but still good.

“The Ping G irons feature some of the same technology that is used for modern Ping irons.”

Multi-Material Badge: The multi-material badge helps to dampen harsh vibration so you don’t feel it all the way up to your skull when you miss the sweet spot.

Custom Tuning Port: The  custom tuning port is attached to the sole – not the face. This helps achieve a nice, comfortable, low CG through most of the set.

COR-Eye Technology: This is a unique feature that essentially removes most of the support for the face. A mostly unsupported face will flex more and produce more ball speed.

Who Should Buy the Ping G Irons? 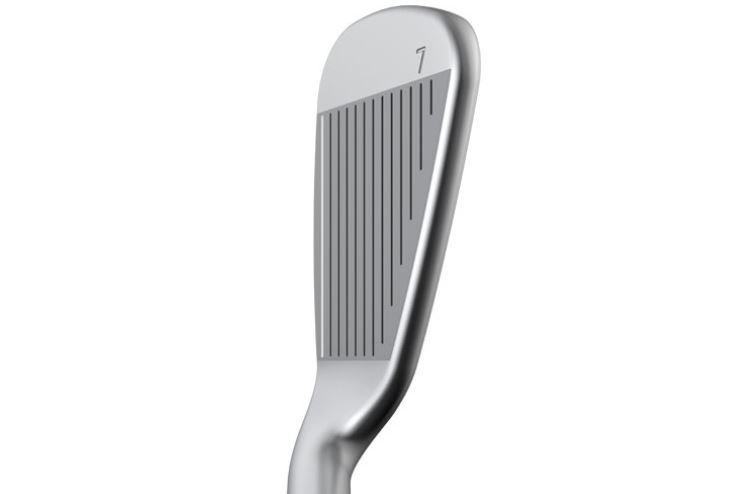 “The Ping G irons would be a great fit for anyone that prefers a high launch and steep descent angles.”

For high handicappers, the Ping G irons work pretty well. They provide the distance and apex height that new players really need. For better players, the long irons in this set are also viable because they’ll be able to land more greens on long approaches.

The spin and control in the short irons was a bit disappointing but about standard for game-improvement clubs. The Ping G irons would also be a great choice for any player that emphasizes feel.

They feel and sound amazing. In fact, the Ping G irons sound and feel like a premium set of tour irons. Replacing some of your long irons with Ping G would be a great idea too – just keep in mind the weak lofts.

Are Callaway X20 Irons Still Good? – Are They Forgiving for High Hand...

Are Callaway Razr X Irons Still Good? Are They Forgiving for High Handicapp...
Scroll to top